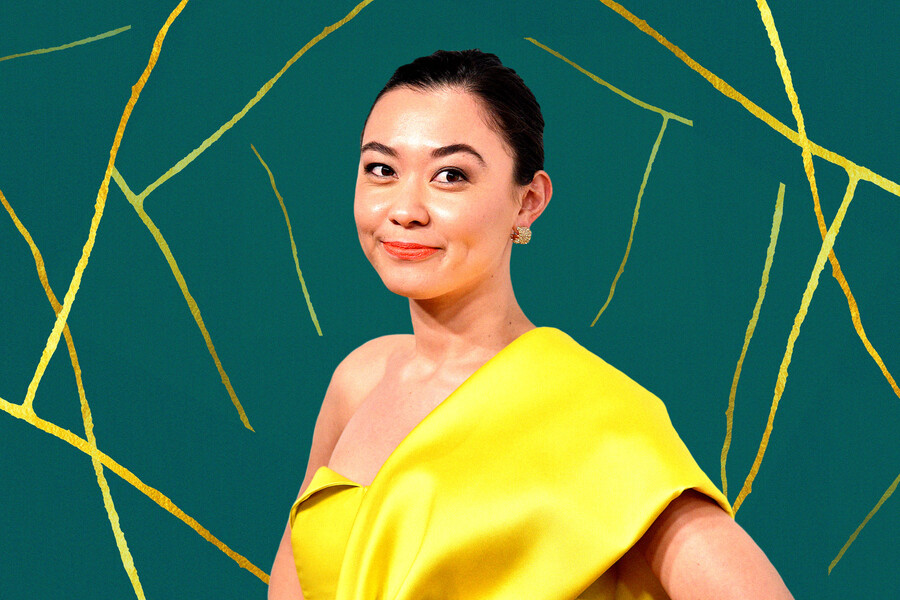 In 2016, BuzzFeed News published Emily Doe’s victim impact statement, which she read during her rapist Brock Turner’s trial. The devastatingly resonant letter marked a cultural reset for the conversation around sexual violence, laying bare the retraumatizing victim-blaming and interrogation that victims of abuse often face. A little more than three years after the statement went viral, its author, Chanel Miller, published a memoir every bit as infuriating and inspiring as her famed letter. Now, one year after Know My Name’s release, Miller’s memoir is being published in paperback form, with her portrait gracing its cover. And just as her first 60 Minutes interview revealed in 2019, her portrait draws immediate attention to one specific thing: She isn’t a white woman. Miller is a young, Asian American woman who grew up in an immigrant household in the Bay Area.

From Emma Sulkowicz’s famous 2014 mattress performance to the most visible actors who came forward against Harvey Weinstein in 2017, mainstream cultural recognition of victims and activists has often focused on white women, though women of color are more likely to experience sexual violence. Thanks to skewed mainstream representation, racial perceptions of victims as well as perceptions of the survivor justice movement have long been whitewashed, using racist stereotypes about Asian American feminine identity to discredit Asian American survivors. erin Khuê Ninh, an Asian American Studies professor at the University of California, Santa Barbara, who specializes in gender and sexual violence, traces this phenomenon of centering white women’s victimhood and dismissing the violence enacted upon women of color “back to slavery and even more so to Reconstruction days.”

“You see the mobilization around ‘protecting’ the sexual purity of the white woman; along with it, the purity of the white race and home and man’s honor,” she said. “The sexuality of women of color is not valued in the same way.” Ninh points out that historically, “an enslaved Black woman could not, by law, be raped,” while the rape and trafficking of Asian women have been normalized throughout U.S. military occupation in Asian countries. “These legacies continue to classify women of color, including Indigenous and Latinx women—though differently—in the Western cultural unconscious as unrapeable, and so offenses against their sexuality are not crises or even mainstream news.” Miller speaks to this erasure in her memoir, recalling how a woman she spoke with on the phone about her trial assumed she was white.

“I think the most powerful thing about Chanel Miller’s ‘outing’ herself racially is that moment so many Asian American women then had, where they realized they themselves had also assumed she was white,” Ninh said. “They had internalized all of it. That’s an important moment of reckoning, and it begins with ourselves, and then moves outward to hold everyone accountable.” By coming forward and detailing the story of her trauma, healing, upbringing, family, and identity, Miller held up a mirror for Asian American women and survivors to see themselves and their often invisible pain for the first time. “We’ll see the violence women of color face erased—like the story of Laci Peterson, a white woman, being a household name, but no one knows Evelyn Hernandez, the Salvadoran woman whose body was found along with hers,” Sung Yeon Choimorrow, executive director of the National Asian Pacific American Women’s Forum, told Bitch. “And like we saw with the story of Emmett Till, this prioritization of white feminine fragility and victimhood is so often weaponized against people of color.”

Asian American survivors have often had to navigate a difficult space: They face cultural erasure, hypersexualization, and the sometimes conservative sexual politics of immigrant households. These dynamics can expose Asian American victims to intensified victim-blaming, and force many to hide their pain and struggle within a culture of silence and invisibility. Since its release one year ago, Miller’s book has helped change this narrative. “In advocacy spaces, in gender spaces, you hear it and see it all the time—white people will want to make something just a gender issue, simplify it, so this bill will have a better chance of passing, or more people will care—and that always centers white women while women of color get the short end of the stick,” Choimorrow said. “It’s always, ‘simplify the narrative,’ and that centers white people. In my work, and at NAPAWF, our mission is to complicate the narrative.” That’s what makes Know My Name so powerful: By recounting her experience, Miller has helped shatter a norm of silence and stigma in Asian communities, challenging mainstream, racist perceptions of victimhood.

“From the pressures and challenges of the model minority myth, to the experiences that brought a lot of our families here, really often rooted in generational trauma, there is so much with mental health struggles that we’re pressured to hide from others and our families,” Choimorrow said. “That trauma can be debilitating, or it can force us to be very high-achieving, but either way, it’s trauma that we need to start talking about. We’re scared to be open because we think it’s ‘weak’ or ‘white.’” In Know My Name, Miller recounts her punishing experience navigating the court system and the toll of a long, invasive legal battle on her mental health, relationships, and family; yet still she calls her situation the “best-case scenario” a survivor could hope for. “Do you understand, when you ask a victim to report, what you’re telling her to walk into? Why didn’t she go to the police?’” she writes. “I had deputies, a detective, paramedics, I had squad cars, an ambulance. I had them…recording witness accounts, jotting down every detail of my body. You were just physically attacked? Here’s some information on how you can enter a multiyear process of verbal abuse.”

By coming forward and detailing the story of her trauma, healing, upbringing, family, and identity, Miller held up a mirror for Asian American women and survivors to see themselves and their often invisible pain for the first time.

As Miller learns, the criminal justice system and laws and protections to support victims of sexual violence are built to serve white, “perfect” victims and to punish nonwhite, “imperfect” victims. Unsurprisingly, nearly 65 to 85 percent of sexual assaults are unreported and reporting rates are even lower among survivors of color. From the physical and mental invasiveness of rape trials to the threat that the Violence Against Women Act can pose to nonwhite victims by forcing them to report to racist law enforcement systems, our legal system has often protected wealthy and middle-class white women. In contrast, this system treats people of color and especially Black, Brown and Indigenous folks; immigrants; LGBTQ people; sex workers; and people struggling financially with hostility, often even criminalizing and incarcerating them for surviving violence.

As an Asian American woman from a middle-class background, Miller acknowledges her privilege while maintaining a brutal, heart-wrenching honesty about her struggles. She also presents a haunting image of the cultural landscape and context of her trial—a Bay Area suburb teeming with a mental health crisis, and an emerging “incel” movement that started with the Isla Vista shooting, which took place when Miller was a student at UC Santa Barbara. But a primary piece of Miller’s story is her nonlinear and at turns devastating and empowering healing process. The often self-imposed standards of strength and perfection that are an extension of the idea of Asian Americans as the “model minority” can considerably impact someone’s ability to recover from trauma and care for themselves, according to Ninh.

“Healing should not be expected to be linear anyway, but it stands to reason that the path it takes can end up being more circuitous if it is denied direct access to help—starting with the ability to say as much as necessary that one is in need of help,” she said. “It’s all the harder to deal forthrightly with one’s trauma when to admit to it is weakness, defect.” Over the past year, Know My Name has ignited crucial cultural conversation about how we perceive and predict survivors’ identities—and how we fill in blanks and unknowns with whiteness at the expense and erasure of all other victims of abuse. By showing her face to the world, Miller has pulled back the curtain that’s for so long kept Asian American women and victims invisible, in an act of lasting defiance of whitewashed survivor justice spaces. “There are a lot more Asian American survivors of sexual violence than we’d think,” Choimorrow said. “What [Miller] has done by sharing her story, her identity, is a gift to our community. She’s normalizing and showing the power of speaking up, within a community that’s faced pressure to be silent.”

Read this Next: Victims Owe Us Nothing 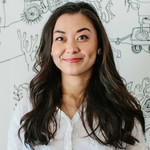 by Caroline Reilly
Chanel Miller’s weaving of her day-to-day life with the lingering trauma of her assault illustrates the singular way sexual-assault victims are asked to move through the world.