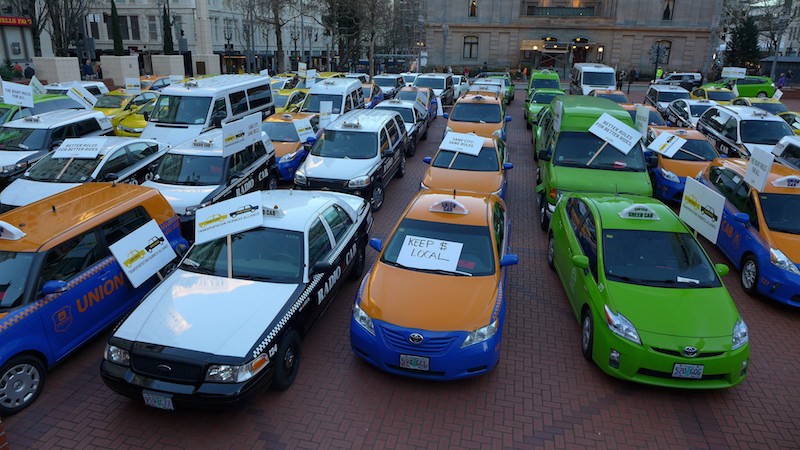 Launching on April 19th in Boston, Chariot for Women offers a twist on the ride-sharing economy: all-female drivers that serve only female passengers. They’re currently looking for female-identified drivers in several cities beyond Boston, too. Acknowledging the inability of services like Uber to effectively address the experiences of women, founder Michael Pelletz (a disillusioned former Uber driver) and his partner Kelly Pelletz hope that Chariot can provide and safe and secure ride-sharing experience. Not surprisingly, the response to the imminent launch has been largely positive. On articles like “Here’s Why Women Everywhere Will Delete Uber on April 19th” and “A New Ride-Hailing Service Is Trying to Improve Women’s Safety—By Banning Men,” comment sections rang out with a familiar refrain: This is discrimination against men! This is part of the “fascist left extremism!”

Counterpoint: No, it isn’t.

The creation of all-female services like Chariot for Women are crucial because they turn the bright lights on a culture that has denied women safe and equal access to services that most men take don’t have to think twice about. How much press coverage would Chariot for Women have garnered if the king of ride-sharing apps, Uber, had from the start integrated measures to specifically account for women’s experiences while riding in and driving taxis? Actually, it was suggested to Uber last year, by Motherboard writer Kaleigh Rogers, that they create a function that allowed women to select female drivers. Their response to Rogers:  “Uber built the safest transportation option in more than 290 cities around the world… we’re constantly innovating.”

A look at Chariot's soon-to-be-released app, as seen on their site.

But as we’ve seen, “innovating” as it’s applied to tech can mean lots of different things to lots of different self-described disruptors.  And just because you try to recruit more female drivers to your company doesn’t necessarily mean you’re innovating. How are you are accounting for the specific risks that a female might face as a driver? What measures are you putting in place to control for these risks? As Rebecca Greenfield points out in Fast Company, “Getting women to overlook those risks takes trust, something Uber—with its ruthless tactics and string of assault incidents… is seriously lacking.”

But it’s not just a lack of trust that’s kept Uber from being a safer rideshare option for women—it’s also a culture characteristic of Silicon Valley, a place that has revealed on numerous occasions how dubiously it values female participation and leadership. In addition to the fact that women are severely underrepresented at the corporate and executive level of Uber, the company seems almost proud of its reputation for sexism and the impressive portfolio of bad press it has collected over the last several years. CEO Travis Kalanick boasted to GQ that “Boob-er” helped him land women; his cronies, meanwhile advocated for hiring specialists that could dig up personal dirt on female journalists who reported on Uber’s safety issues. The company was also slapped with a $25 million fine for misleading customers about background checks and questioned over troubling sexual assault data.

In 2014, the Taxi, Limousine and Paratransit Association (TLPA) launched a public-awareness campaign  “Who Is Driving Who?”  to chronicle safety problems, assault allegations, and other crimes reported against Uber and Lyft drivers. (What the TLPA leaves out in its lists, however, is the number of allegations that have been brought against members of the TLPA and/or traditional taxi services themselves—largely because nobody appears to know. As Neva Coakley, a spokeswoman for the Boston Police Department, told The Atlantic, there’s no way to search for that type of information because, “We don't distinguish between what type of suspects they are.” Great police work, guys.)

How can we expect companies and people who publicly exhibit callous sexist behaviors to consider women in the businesses they create? If we want equal, unfettered access to services that most men use without thinking every day, than what choice do we have but to turn to those that we believe can provide us with more welcoming spaces?  In a 2012 Forbes piece titled “Why Women Need Women-Only Networks,” former National Association of Women’s MBA Program president Stacey Gordon noted, “[Women] need a place where we can nurture relationships in a way that feels comfortable, a venue where we make the rules, and a private space that empowers us.” Sure, some women are making the rules in app development—but in many cases, we’re not even part of the conversation. 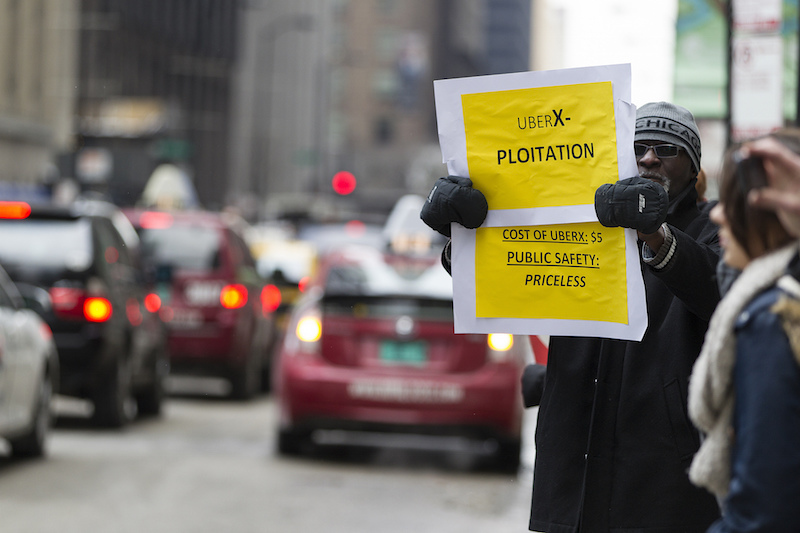 The extent to which apps like Chariot For Women will revolutionize women’s transportation remains unclear. Will the app be designed better than any of its predecessors? How strict will background checks be? How much will women drivers be paid? Will pricing be fair and consistent? Will the company be trans-inclusive? How will the company address the concerns and needs of women? All of these represent critical points at which the company will have to engage with the public and its conscience to determine the best experience for its passengers and drivers.

Chariot For Women and other women-only services are not goalposts in some feminist agenda for total male annihilation. They are attempts to open up spaces for women to experience the world as valued members of society. Wouldn’t it be awesome to move through the world, to go to work, to school, to a party, to the airport, and not have to think about how your gender might make you a target? We don’t yet live in that world, but I’m hoping initiatives like Chariot for Women can get us there a little faster.