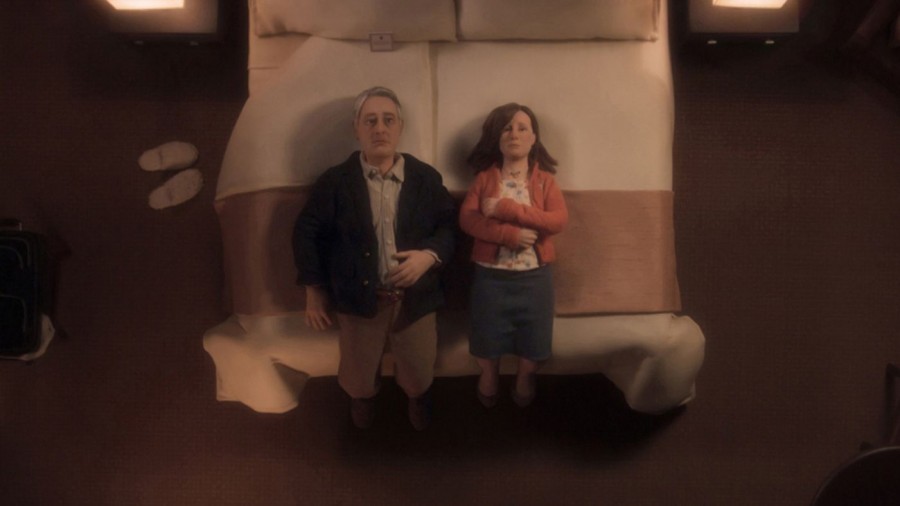 There are a number of trailers circulating right now that paint Charlie Kaufman’s latest film, Anomalisa, as an uplifting, life-affirming exploration of human experience. The overt lie of that pitch takes my breath away. Kaufman, writer of screenplays like Adaptation and Synecdoche, New York (which he also directed) would not and did not make for light, easy-going romantic drama. Anomalisa, directed by Kaufman in collaboration with animation master Duke Johnson, is as challenging to its audience as any previous Kaufman film. In fact, with Anomalisa, Kaufman has decidedly ratcheted up his ante.

Much of cinema is built around the idea that film provides an escape for its audience. Viewers are offered windows out of their lives and into places more exciting, where mysteries get solved and good guys win. Anomalisa, by contrast, is more of an art piece. It tells a well-constructed and deep story through claymation puppetry, using incredibly realistic and meticulous stop motion. At its start, it plunks us into a mundane soup and tells us a story in exhaustingly real time. Gone is the giddy magical realism of Being John Malkovich or the hijinx-filled dream invasions of Eternal Sunshine of the Spotless Mind. Instead, Anomalisa entrenches itself (and you alongside it) in a bland customer service seminar speaker’s business trip to Cincinnati, Ohio in the unmemorable year of 2005. 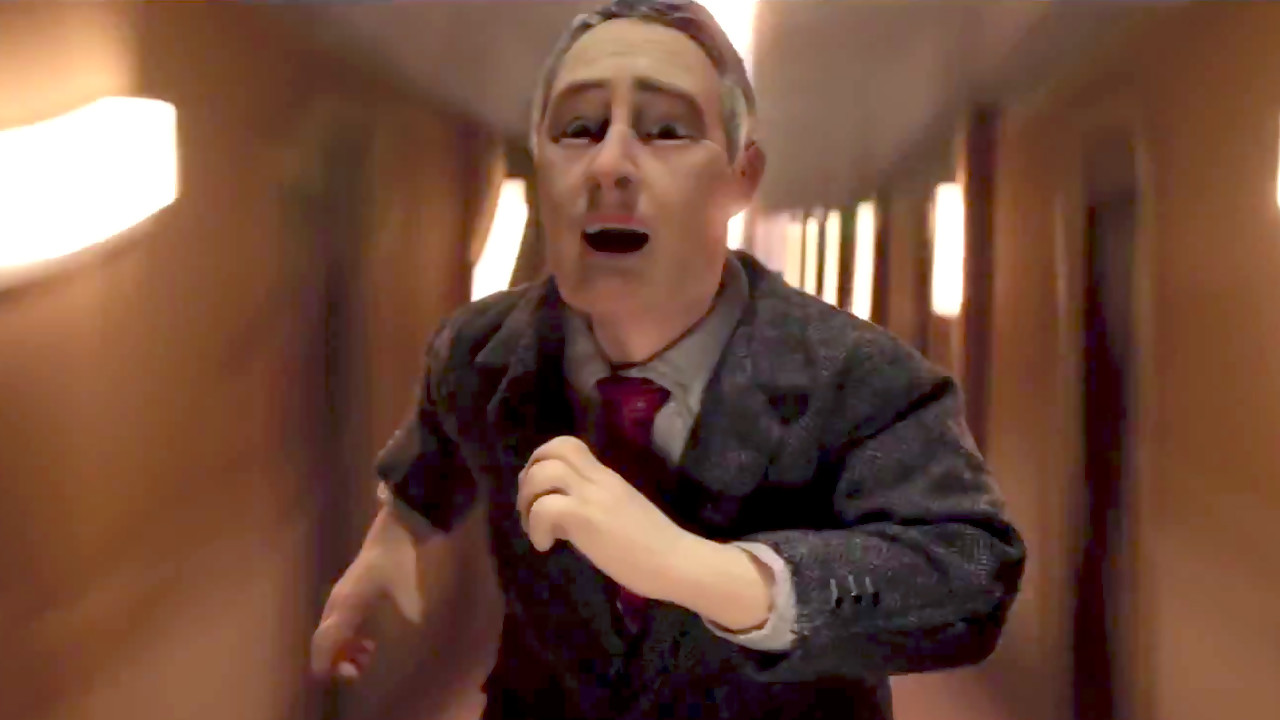 We open on Michael Stone (voiced by David Thewlis) landing at the airport. We’re stuck with him on the moving walkway, the cab ride to his hotel, his check-in, his elevator ride, his shower, his trip to the bathroom, all of it. Throughout this, his problem slowly unfolds. At first, I thought Michael’s clay puppet face had more expression because he was Anomalisa’s central character—perhaps the blandness of his surroundings were driven by a slim budget or an aesthetic choice. Then I realized everyone he interacts with has the exact same face and voice. Even if Michael’s hotel wasn’t named Fregoli Hotel, it would be hard to ignore the fact that Michael is suffering from Fregoli delusion. He sees everyone around him as the same person, and Anomalisa’s animation team have worked hard to reinforce Michael’s perspective. All other characters have the same face and the same voice. They say the same things. Michael deals with this with an air of superiority. He is the only real man in the world, after all.

Michael’s delusion contrasts nicely with his profession. He’s the author of a best-selling book on customer service, How May I Help You Help Them. In his book, which Michael reads from in a climactic scene, he tells people to think of every customer as an individual. All the hyper-positive voiceovers from the aforementioned misleading trailers of this film come from this single speech, which Michael cannot convincingly deliver. His talk jumps the rails and ends in an unsatisfying tirade about capitalism and George W. Bush. It’s unclear if Michael ever actually believed any of the things he wrote in his book, but by the time we meet him, he’s so far inside his head that the only thing he shows is dismissive frustration and inappropriate bursts of anger.

Alone in his posh hotel room, Michael eventually experiences a near-psychotic break. Lisa, a shy, underappreciated call center worker voiced by Jennifer Jason Leigh, interrupts Michael’s break when he hears her talking in the hall. Her voice is her own voice. Michael runs into the hall to meet her. Unlike every other character in the film, her face is her own face. She’s different. I was immediately concerned for her. Even as Michael deludes himself that his fixation on Lisa is special, it becomes obvious during the film that he does this sort of thing all the time.

The first read of this film would be to call it a critique of capitalism or a look at how boring and homogenized Midwestern Americans have become. I think Kaufman is smarter than that. Seeing Anomalisa as a critique on a man-cog caught in the machine of capitalism is too simple. The capitalism of 2005? That was eleven years ago. Michael’s uninspired rant about George W. Bush and the political climate of 2005 is meant to be derivative. It’s meant to bore us. With Anomalisa, Kaufman paints a portrait of an egotistical bore, and Michael’s actions are made slightly more interesting through nuanced animation. There’s some absurd comedy working to take the edge off, and finally there’s a likeable character: Lisa.

When Lisa gushes about her love for Cyndi Lauper—singing a slow, charming acapella of “Girls Just Want to Have Fun” that both endeared her to me and made my skin crawl with embarrassment—and her own perception of herself as an anomaly, it’s heartbreaking. Lisa is a sweet, normal, salt-of-the-earth person. Poor Lisa. But if we’re feeling sorry for Lisa, Anomalisa is making fun of us. Lisa is the hero of this story. She isn’t boring. She manages to get through a depressing encounter with Michael without breaking down or changing who she is. She even manages to find some good in a person where there was really nothing good to find. If romance really is a projection (a concept Kaufman has fooled with in his other films), that goodness she sees comes from herself. Kaufman has created a very smart movie, and I ended up liking it for what it was. It is not a heartwarming romp. It is a dense, sneaky movie about narcissism, cruelty, and Lisa’s own shy resilience. 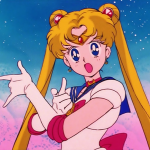 by Sarah Mirk
We talk Sailor Moon, Saved By the Bell, The X-Files, and The Golden Girls.