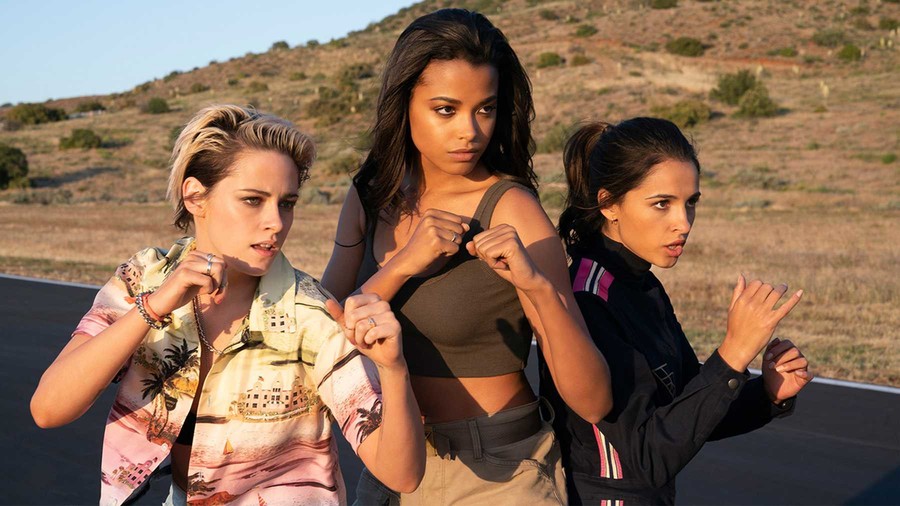 Charlie’s Angels is supposedly a flop, making $8.6 million at the U.S. box office in its first week. Sony’s reboot of the late ’70s TV show, which was also adapted in 2000, has been called “stale” by the New York Times and “witless” by the BBC, and the criticism only increased after director Elizabeth Banks told the Herald Sun, “This movie has to make money. If this movie doesn’t make money it reinforces a stereotype in Hollywood that men don’t go see women do action movies.” Charlie’s Angels doesn’t have the Marvel or D.C. push that drove Captain Marvel and Wonder Woman to the top of the box office, but its critics are holding it to the same standard as those women-driven films. To that, Banks said, “They’ll go and see a comic book movie with Wonder Woman and Captain Marvel because that’s a male genre. So even though those are movies about women, they put them in the context of feeding the larger comic book world, so it’s all about, yes, you’re watching a Wonder Woman movie but we’re setting up three other characters or we’re setting up Justice League.”

Charlie’s Angels is distinct in that women power every success throughout the film—and their individual flaws are purposely highlighted. Sabina (Kristen Stewart) is a marksman with amazing wit, but she’s often one step behind, stumbling and shouting “shit shit shit” as she fights to get to the same level as her counterparts. Jane (Ella Balinkska) is a killer who fights with ease, though she struggles to build meaningful relationships and express her feelings; and Elena (Naomi Scott) is a scientist and engineer who helps the angels crack difficult codes, but she doesn’t handle conflict well, so she spends the first quarter of the film being terrified of fights and trying to figure out how to end them without having to shoot someone.

The film’s strength is echoed in the Angels themselves: Only they can solve this mystery, and they have to do it together. In this particular iteration, Calisto—a more sustainable form of energy that can power any and everything—is the suspicious product at hand. As is often the case, the Angels discover that some bad guys are trying to get their hands on Calisto and turn it into a weapon, and it’s up to them to figure out who these people are and how to stop them. Though the marketing of the film prioritizes its “girl power” aspect, with the NYT saying it has a “sheen of empowerment,” I was most invested in the movie’s critique of the male saviors in tech who aim to save us from capitalism’s impact on the world around us—specifically, the environment—by giving us more products.

At the start of the film, Elena attends a pitch meeting for Calisto, and it has the same direct-to-consumer vibe as many products marketed to us. What if X was more sustainable? What if we took Y back to the people? Elena raises concerns about a flaw in Calisto that could be hacked and turned into something violent, but she’s silenced by the men she works alongside. Calisto, like many of these products, is just a step from turning evil due to the greed of men in power, an issue that becomes even more prominent as the Angels get closer to unraveling the mystery. It feels important that this is the angle the film takes this year. After all, in 2019, misogyny and male violence is often quieter and more insidious than it was even in 2000, and it often takes the shape of this sneaking silencing of women’s concerns, and of a larger violence that happens simply because of the ways that male leaders prioritize their own successes, financial or otherwise.

Charlie’s Angels is distinct in that women power every success throughout the film—and their individual flaws are purposely highlighted.

In 2019, Charlie’s Angels is less about impossibly perfect women saving the world and more about women joining forces to save the world. It’s the direct opposite of the lens used by the men of the film, who are selfish, distrustful, and betray each other at every turn, and fail as a result. Instead, the angels truly are everywhere, and Banks has crafted a world where instead of bad men hiding behind every corner, strong women exist behind every corner, waiting and ready to support you when and if you need it. As Stewart told PopSugar, We have this whole network of women working together and supporting each other in the name of quote-unquote ‘good,’ rather than having three superhuman women that are sexy and perfect at everything. Rather, it’s like, ‘No. It’s hard to do what we’re doing, and we’re only able to do it together.’”

Its success is found in the clear bond between Stewart, Scott, and Balinska, who laugh (and maybe even flirt) through interviews and are deeply enthusiastic about each other’s talents and skills. It’s this admiration and adoration for each other that translates so well onscreen, and which kept me interested even as some fight scenes lagged or plot points seemed to come and go too quickly. I’d like to see a sequel that dives in further to the very casual mentions of things like Sabina’s almost-marriage, Jane’s burgeoning relationship with hot-nerd Langston (Noah Centineo), and Elena’s career as an angel. Also, was there something romantic buzzing between Elena and Sabina? I’m hoping for a yes.

Read this Next: On Becoming a Fraud in Central Florida 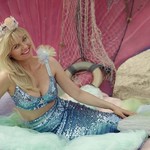 by Hannah Steinkopf-Frank
The show offers a sharp critique of the broader capitalist system that harms us all.