Chi-Raq, Thou Art a Trashpile 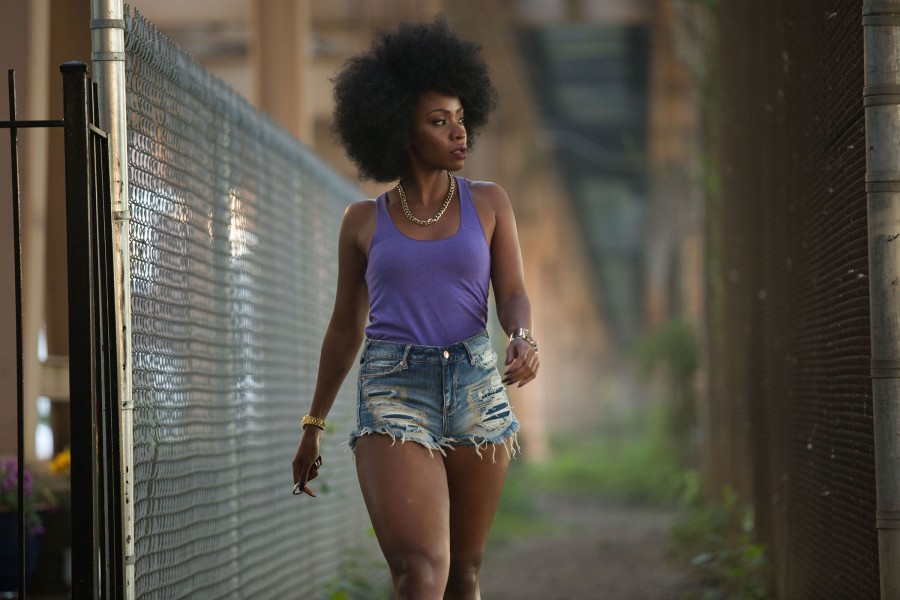 Spike Lee’s latest film, Chi-Raq, is set in a Chicago torn apart by gang violence, reflecting much of the real-life gun violence that continues to plague the city. In this fictional Chicago, the women organize to take their neighborhoods back and save their children—through a sex strike. The film is based off Lysistrata, an ancient Greek comedy where the eponymous character convinces the women of Greece to withhold sex from their husbands in order to stop a war. In an homage to the original play, the film is scripted in verse, some of it rhyming, some of it not, all of it corny.

Chi-Raq, shall I compare thee to a pile of garbage?

Thou art more messy and nauseating.

Chi-Raq’s Lysistrata (Teyonah Parris) decides she has to do something to stop the violence after a local child is killed, and visits an older Black intellectual woman, Miss Helen (Angela Bassett) for guidance. Miss Helen points out the sexual power she has over her boyfriend Chi-Raq (Nick Cannon), one of the local gang leaders. Miss Helen directs her toward the Wikipedia page of the Liberian peace activist Leymah Gbowee, who organized sex strikes in the ‘90s. There’s a bit of irony here, in that Gbowee is quoted as saying, “The sex strikes had little to no practical effect.” The strike is all-too-effective in the film, however, and the men in gangs become increasingly crazed as they shift their efforts from killing each other to figuring out how to get the women to have sex with them. The slogan of the sex-strikers is, “No Peace, No Pussy,” a nod to “No Justice, No Peace.” 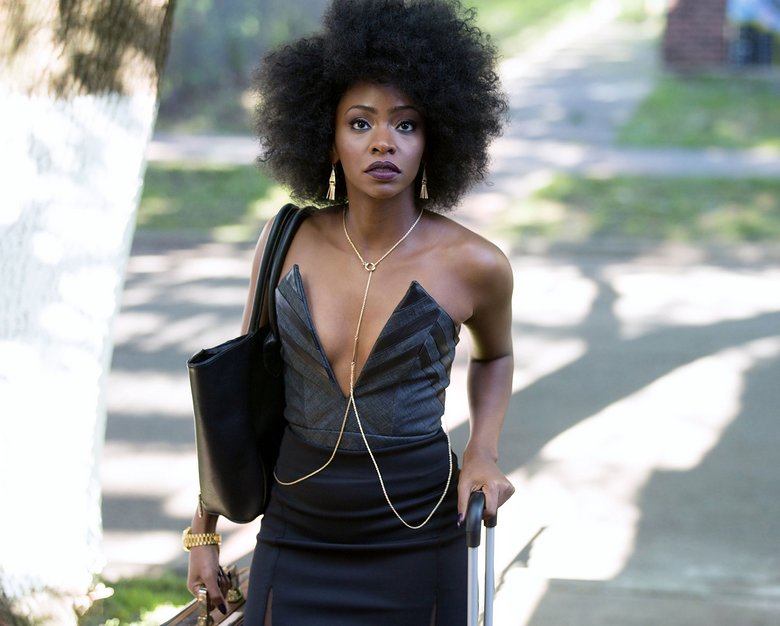 I had two main issues with the film: the oversimplification of inner-city violence to Black-on-Black violence and its poorly written characters. The focus on exclusively Black-on-Black violence utterly misses the mark of current conversations around gun violence, police brutality, and systemic oppression that continue to impoverish communities of color. The women are two-dimensional characters with no real agency, but are instead focused solely on keeping men away from them.

In what I found to be the most offensive act of the film, the women use their sex appeal to take over a government armory. They lock themselves in until the men are able to figure out a peaceful solution and march around in their costumes which consist of “sexy” cut off camo pieces paired with chastity belts. The sex-crazed men organize themselves and, reasoning that the women must be as sex-starved as them, blast soulful “baby-making” music while they practice their gyrating dances outside the armory. The women find themselves struggling to resist their display and groan and gyrate as they march around the armory, barely able to resist the impulse to head outside in surrender. I’m not sure if Lee was intending to come off as humorous, but ultimately, it just doesn’t feel funny. With gender relations boiling down exclusively to sex, the relationships feel flat and off-base. The plot insists that sex is the only power that women wield over men. Its an old trope, it’s reductive, and it ultimately is a two- dimensional representation of not only Black women, but Black men as well. There’s no space for anyone having motivations outside of killing each other, seeking sex, or protecting their families, and none of the women have lives or concerns beyond their men and their families.

The film references the work of the Black Lives Matters movement, but much like the nod to Gbowee, it proves to be a gesture with no depth. While the women are occupying the armory, for example, they hang a banner that has the names of some of the more recognizable Black men who have been killed by the police, but there are no names of Black women or trans individuals. There’s no discussion of this police violence in the film, aside from the one banner. As the film looks to align itself with Black Lives Matter, it disregards the movement’s work. Black Lives Matter is founded by three Black women, actually pushes for systemic change, actively works to make the violence that Black women face more visible, and focuses specifically on ending police violence. None of that is seen in Chi-Raq.

The same superficial representations include queer men and women, like when a “dyke” (Spike Lee’s word, not mine) comes out in passing and is quickly forgotten, or when one of the sex-starved men outs himself when he volunteers that even the gay men have gone on strike (which was only a setup for a homophobic joke). The gay men who are striking in solidarity with the women are never mentioned again. That these identities are so quickly mentioned and forgotten feels as if Lee is merely checking off the relevant representation quota boxes, or trying—and failing—to make fun of attempts at representation of queer Black folks. The police or other agents in power are never indicted or discussed meaningfully, merely serving as background characters. 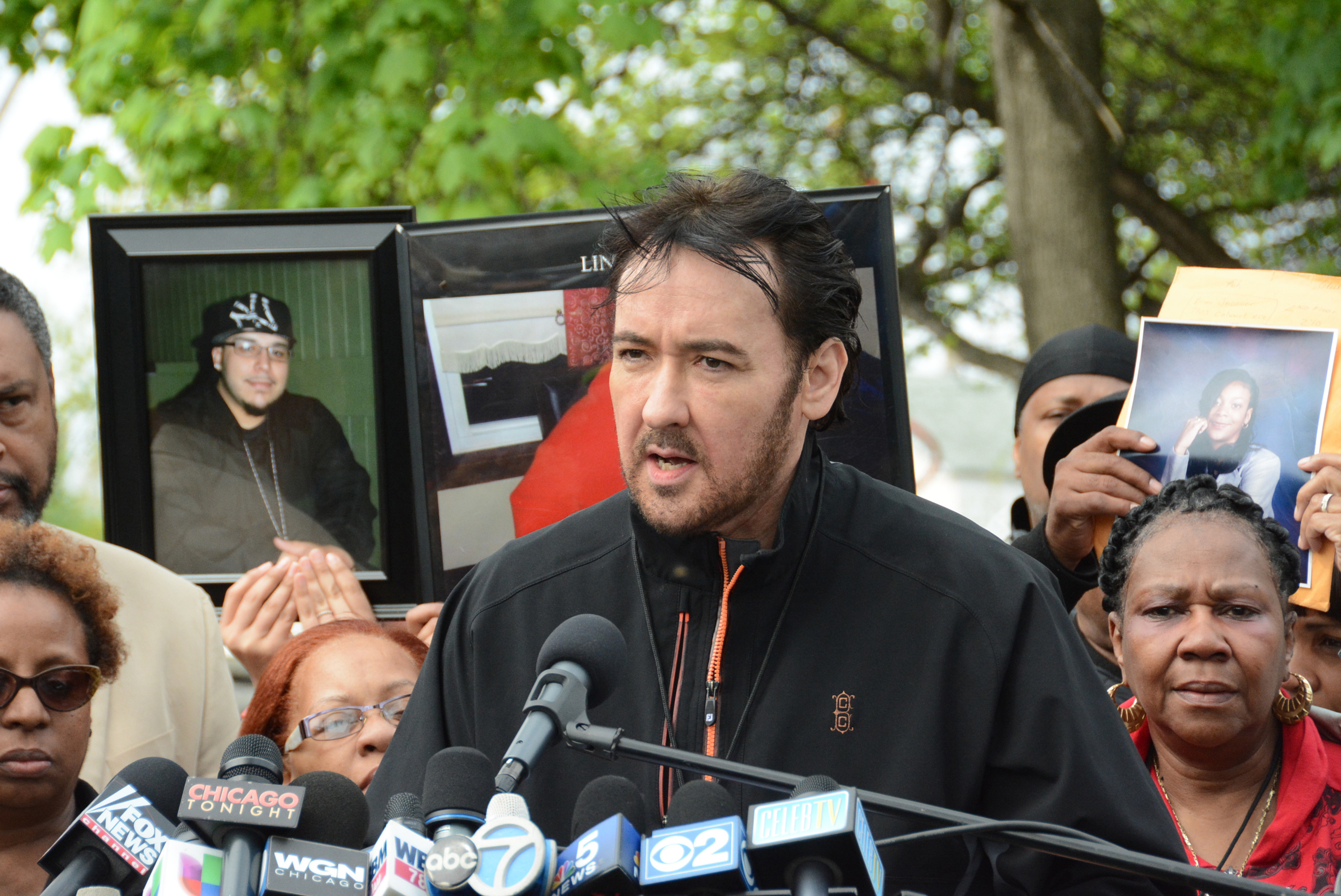 It’s striking to note that the film’s only fully developed character, with a life outside of sex and violence, is a white preacher (John Cusack), who is the head of an all-Black church. At one point, he gives a sermon about Black-on-Black violence. Let me repeat that: The only character with any analysis of the situation beyond the banal is a white man. Preaching to a Black church. About Black on Black violence. He is literally a white savior, and he is the only reasonable character in the film.

To call this film a satire and laugh off the offensiveness as being deliberately over-the-top ridiculousness feels disingenuous. If a comedic film centering on gender, race, and violence were done well, it could really resonate these days. But this movie was agonizingly bad at every turn. Sure, the film had some vintage Spike Lee trademarks with bright iconic clothing, intricate set design, and a star-studded cast (including Samuel L. Jackson, who provides narration at the end of each act while dressed in a snappy suit), but ultimately all the characters are so two-dimensional that even the talented cast fails to make any of them memorable.

The only moment of respite comes at the very end, when Cusack’s character mistakes gang member Demitrius (Trent Davis) for Chi-Raq. Cusak is corrected by Lsyistrata, and Cusack’s character is revealed as an “ally” who can tell Black people what they’re doing wrong, but still can’t tell them apart. Though this was intended to highlight that the entire film served as a satire, it was much too little too late—a half-hearted verbal flourish to absolve any responsibility for the jumbled mess of movie that Lee delivered. 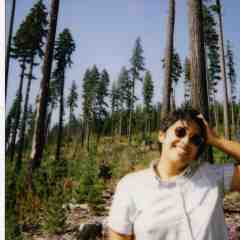 Lori is an activist, writer, and photographer living in Portland. She works at Basic Rights Oregon, and you can look at her pictures at the Tumblr Ay-Mija. 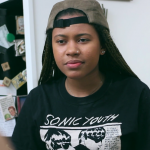