In Biden vs. Trump, the Lesser of Two Rapists Is Hardly a Choice | Bitch Media 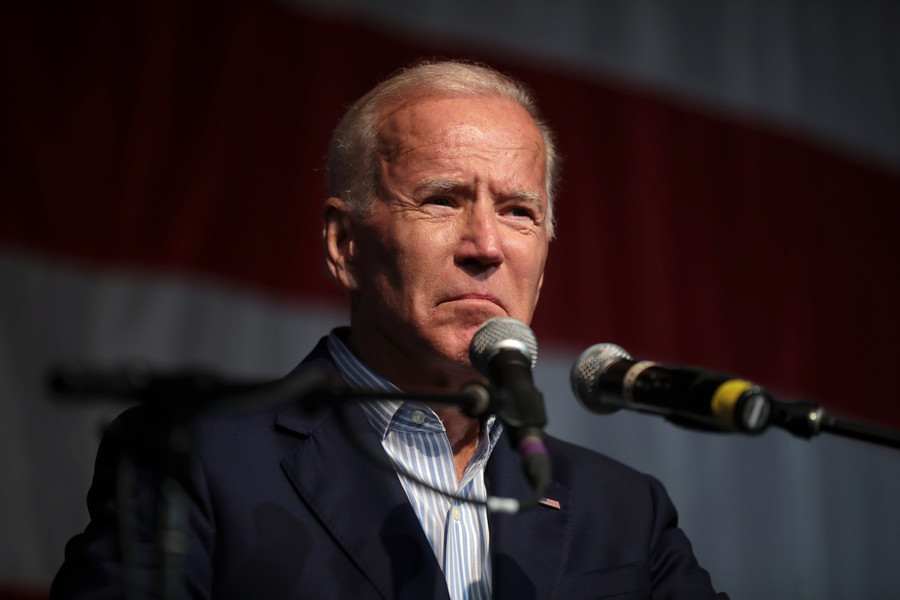 Up until March, the Democratic primary field was crowded. And then, suddenly, it wasn’t: Amidst rumors of phone calls from former Democratic Presidents, all the moderates dropped out except Joe Biden. He won big on Super Tuesday, and again the following week. Biden’s showing in the early primaries had paled in comparison to Bernie Sanders, but once his numbers grew to match the senator’s, a new hashtag—#NeverBiden—began trending. Sanders supporters took to social media to voice their opposition, and even launched an online petition, asking fellow progressives not to vote for Biden in this November’s general election.

But Berners weren’t the only ones who didn’t like the presumptive nominee. In 2019, when Biden announced his candidacy, Nevada politician Lucy Flores bravely came forward with a story of Biden touching her inappropriately. Seven other women came forward with similar stories, including a former Biden staffer named Tara Reade. By this month’s Wisconsin primary, Reade had again come forward, this time with an even more damning story, one she said she’d been afraid to tell previously. Her allegation that Biden had sexually assaulted her was credible, and news of corroboration have since emerged. And though most corporate news outlets weren’t covering the story, my Twitter feed blew up with #TimesUpBiden and #IBelieveTara hashtags.

Sexual harassment and assault in schools and workplaces is almost always a matter of those who have power using it to manipulate those who don’t. Those who exploit their power dangle both promises and threats, couching their abusive behavior in language that may not be textbook quid pro quo but is more than clear to those whom they target. Part of what differentiates workplace harassment from street harassment is leverage: Creeps on the street exploit the threat of violence and the strictures of women’s politeness, but school and workplace harassers also hold our dreams—and, often, our very survival—in their hands.

Biden is both a micro and macro example of this. America’s broken political system has progressive voters in November’s election cornered: We are dependent on the Democratic Party to stop our nation’s slide into fascism. The party knows this, and is definitively, if not explicitly, leveraging the threat of four more years of Donald Trump to get voters to back the nomination of a credibly accused rapist. For Democratic leadership, Biden is the candidate who won’t rock the boat, who will protect the wealth and the status quo of party politics. And their insistence on manipulating progressives’ fear in service to their own brand of “not-as-bad” brutality means that the timeworn “lesser of two evils” model is more specific in its evil: the lesser of two rapists.

This leveraging has eroded many of our progressive coalitions. Actress Alyssa Milano, who was prominent in the #MeToo movement, has pivoted to statements telling voters that “[W]e should believe women…but…not…at the expense of not giving men their due process….It’s got to be fair in both directions.” Meanwhile, some of Biden’s supporters have been scrubbing #MeToo from their bios and #TimesUp content from the Kavanaugh hearings from their social media timelines. But some of us don’t play for both sides. Some of us are antirape regardless of who is accused. We have stood up to men much closer to us than the Democratic nominee for president, and we will not be scrubbing our accounts or softening our stances or stanning for that man, no matter how much the thought of four more years of Trump terrifies us. Because our values are consistent.

We were outraged in 2016 that a man who had bragged about sexual assault could become president; now we are outraged again that for the first national election since the explosion of #MeToo, the Democratic establishment has thrown its weight behind the man who threw Anita Hill under the bus. They already knew eight women have come forward with accusations against Biden; they must have known that stories of even more invasive behavior might surface. We thought that Democrats learned something from the 2016 election: that women deserve better. Instead, it looks like all they learned is that rapists are still electable.

And then the endorsements came out. My two favorite presidential candidates, Elizabeth Warren and Bernie Sanders, endorsed Biden. Alexandria Ocasio-Cortez also endorsed Biden, though both she and Sanders also said that any sexual assault allegations should be investigated. And this is where I began to feel the most rage and helplessness. We are just supposed to accept this now? We’re just supposed to get on the lesser-of-two-rapists bandwagon?

A recent McSweeney’s post by Josh Klasko, titled “Biden Sucks, Vote Biden,” gets at the no-win prospects of 2020’s election. But I don’t think we need to adopt that slogan just yet. There are possibilities between now and November, and while I understand #NeverBiden, I also want those tempted to write in Sanders (whom I voted for) or stay home on election day to consider that we have more choices than yes or no. When Sanders endorsed Biden, he said, “Your staff and my staff have been working together over the last several weeks…coming up with a number of task forces [to] look at some of the most important issues facing this country.” The six joint task forces they have created to help reach progressive voters address the economy, education, criminal justice, immigration, climate change, and healthcare, are meant to unify the Democratic Party in advance of this summer’s convention and move Biden into a spot that younger and more progressive voters can get behind.

Biden needs our support to oust a lawless megalomaniac president who will lie, cheat, and steal to win the election. The Democratic establishment and the mainstream media wants us to accept Biden for the simple reason that he won’t do those things. But that’s not enough, and it obscures the reality that progressive voters still have our own leverage. In fact, we have a lot more than we think. We shouldn’t settle for “#NeverBiden” or for “Biden Sucks, Vote Biden.” At least not yet. If we’re being asked to help nominate a rapist, than I say it’s time for a rape-revenge fantasy. Usually, such fantasies are done wrong—but what if we could do it right?

Picture it: The accused rapist has been kidnapped by a group of angry feminists, like the Jennifer crew from Sarai Walker’s 2015 novel Dietland. A multiracial gang of feminists with bandanas over their faces surround him in a basement under the glow of a bare, low-watt bulb. The accused rapist sits, tied to a chair, a piece of duct tape over his mouth. One of the women rips the tape off. “I’m sorry!” is the accused rapist’s immediate plea.

“How sorry?” she asks. She paces back and forth in front of him, a large-caliber gun swinging from her hand. “Sorry enough to make billionaires pay their fair share of taxes? Sorry enough to raise the minimum wage to $15?”

We thought that Democrats learned something from the 2016 election: that women deserve better. Instead, it looks like all they learned is that rapists are still electable.

We can’t undo what Biden allegedly did to Reade in 1993. What we want from him now is restorative justice. For women, economic vulnerability is one of the greatest risk factors for sexual harassment and assault. Biden will be the first to tell you that he led the charge to introduce, and later renew, the Violence Against Women Act, but he’s coasted on that long enough. Now we need him to pledge that, should he become the future president of the richest nation on earth, he will do more to change women’s lives for the better—and own up to the ways he has made them worse.

“Sorry enough to pass a Green New Deal? Sorry enough to enact Medicare for All?” Duct-taped to a chair in a dingy basement, the bad guy will say anything to save his own ass. Politicians, too, promise anything to get our votes, and Biden may be no different. But this election itself is. Those half-dozen policy task forces were a condition of winning Bernie Sanders’s endorsement. This is the moment when Biden is making concessions, and, as voters, we don’t have to take a position yet. If we say “Never Biden,” what incentive does the candidate have to move his policies to the left? But if we endorse him now, he doesn’t have to work for it.

“Yes!” the accused rapist pleads. “Anything! Anything you say!”

With only their eyes showing, the women’s faces are stern, hard-edged. Desperate women are dangerous women.

Varshini Prakash is executive director of the Sunrise Movement, one of the major organizations able to mobilize younger, progressive voters. She said, “If Joe Biden is going to be the nominee on the Democratic side, we are going to…put all muscle behind” him for the November election. But, she added, addressing Biden, “You haven’t earned our vote yet.” Sexual violence cannot be undone. The trauma lingers, and our votes can’t undo what Reade suffered in 1993. But we can demand a better world as restorative justice, and ending rape culture is part of that.

The issues that the Sanders/Biden task forces plan to take on—economics, criminal justice, immigration reform, healthcare, climate justice, education—are all areas in which women are made more vulnerable to sexual violence because of existing policies. I’m not a carceral feminist, because jailing rapists doesn’t help victims. But count me in with the women in the basement wearing the bandanas. Count me in with the hard eyes under the bare lightbulb. I want revenge. I want justice. I want it written in blood.

Maybe, Joe. Maybe not. Earn it. 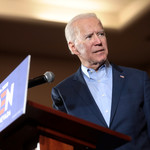