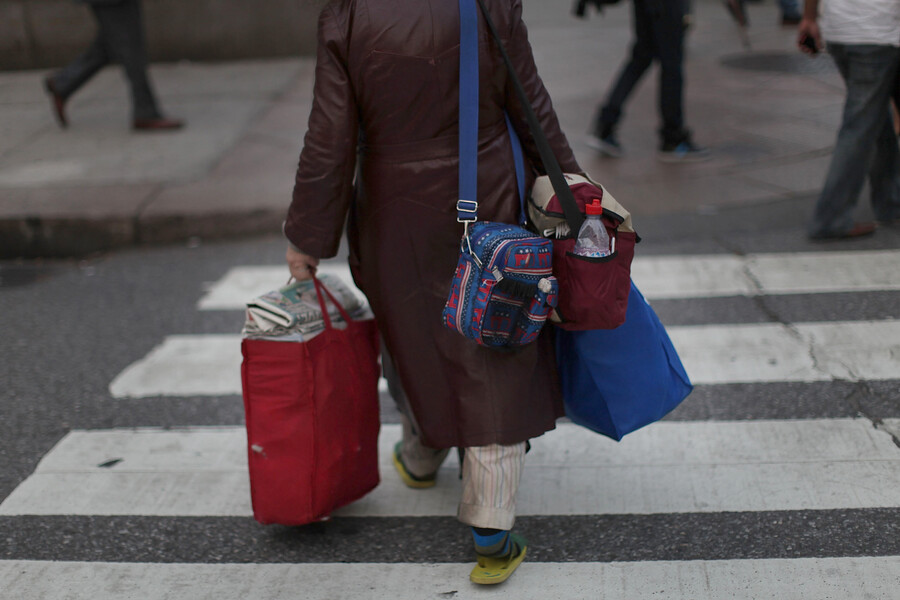 On February 13, 35-year-old Korean American Christina Yuna Lee was followed home to her apartment in New York City’s Chinatown, where she was stabbed 40 times to death. Her attacker—Ashad Nash, a man experiencing homelessness who has a history of violent offenses—was apprehended shortly afterward, but the tragedy left lasting outrage in the community. In the wake of the attack, members of the neighborhood have spoken out against the city’s plan to build more homeless shelters in the area. “We already have five,” Jacky Wong, a member of Concerned Citizens of East Broadway, told Gothamist. “And the city is dumping three more. They’re really taking advantage of people of color.”

Over the past two years, Asian Americans have increasingly been victims of violence. Earlier this month, a man in Yonkers punched an Asian woman 125 times. Before that, a man in Manhattan attacked seven Asian women within two hours. A month before Lee was killed, 40-year-old Michelle Go, was pushed onto the subway tracks in Times Square and died. In May 2021, another Asian woman in Chinatown was punched unconscious. In April 2021, Yao Pan Ma was viciously beaten to his death in Harlem. Of these five high-profile cases, four were perpetrated by someone experiencing homelessness. As a result, protesters in Chinatown are worried that building more shelters in their community which has already proven to be at risk—and that it is also slated to house a “mega jail”—will only make matters worse. While Wong emphasizes that he’s not blaming people who are homeless, he and his fellow protestors argue that building new shelters will increase the number of unhoused folks in the neighborhood, which will in turn increase potential violence in the community.

In response to the rise in violence, New York City mayor Eric Adams unveiled The Subway Safety Plan, a plan that proposes relocating people experiencing homelessness from trains to temporary beds and shelters. This strategy, relying on shelters to address homelessness, is commonly used by politicians nationwide, as the last five years has seen a rise in the number of homeless shelters and community buildings across the country. In 2017, former mayor Bill de Blasio introduced Turning the Tide, an initiative which aimed to build 90 new shelters. More recently, Los Angeles also announced a new Tiny Home Village for the unhoused. Portland, Oregon followed suit with six upcoming homeless shelter villages. Yet despite this shelter expansion, there’s a decline in people using them. According to a 2021 report from the National Alliance to End Homelessness, the number of people experiencing homelessness who are unsheltered has surged by 50 percent over the last five years. Clearly, there’s something ineffective with the shelter-first approach.

View From The Street, a 2021 survey of 200 unsheltered people living on the street in New York, offers some insight as to why. Published by the nonprofit Coalition for the Homelessness, the report details that more than 75 percent of those surveyed have previously tried the municipal shelter system—but chose to live on the street instead. Thirty-eight percent of the participants said that they left because of concerns for their personal safety, compounded by the congregate, crowded nature of the shelters and the fact that many shelters are staffed with and supervised by police. “Homeless individuals often indicate that their race and socioeconomic status makes them more likely to be negatively targeted by officers. The historical harassment of people of color by the police has sown distrust in their motives and the security they offer, making shelters staffed with police particularly unwelcoming,” the report states. “Many survey respondents reported that they did not feel the increased security in shelters had made them safer.”

The report also found that lack of staffing and operational problems deterred people from coming back. In fact, 44 percent of those surveyed said they do not see shelters as an option due to the inefficiency of the system as well as mistreatment by staff. With many of those employees overworked, underpaid, and undertrained, life inside the shelters is chaotic, confusing. Shelters are ill-equipped to care for those with mental health issues or people who are disabled. “The reality is that the large municipal shelter system and specifically the Department of Homeless Services’ shelter system does not meet everyone’s needs,” says Jacquelyn Simone, the Policy Director at Coalition for the Homelessness. “For single adults, the shelters are predominantly congregate in design. That means that people could be sleeping in a room with a dozen strangers. That can be very intimidating for people, even outside of the context of a pandemic. There’s also accessibility issues with the shelter system, where people who have physical and mental disabilities might not be accommodated properly. Therefore, they might end up on the streets instead.”

Not all shelters are created equal, either. Where a shelter is located matters—both for communities of color and individuals experiencing homelessness, as the increased police presence and surveillance brought on by shelters can incite violence and fear. “We need to think about what locations make sense from the perspective of the people who are homeless. Is it accessible to transit? Could people get to their doctors and the other anchors of life that they need in order to get back on their feet quickly, as opposed to pushing people to a far-flung part of the city?” says Simone.

But even in the perfect site, shelters fall short because they are only meant to be temporary. This is not to say that shelters are not important: Having a roof over your head and a warm place to sleep—even for one night—can save lives. But ultimately, they are a response to a lack of housing, not a solution that betters housing. They do not offer sustainable, long-term resources to help people find and maintain a stable life. Resources like a livable income, mental-health treatment, and medical care also need to be provided for shelters to have any meaningful impact. Otherwise, it’s like slapping a Band-Aid on a wound that keeps being cut. “Right now, families are staying [in shelters] for more than a year on average and the average length of stay in shelters has been going up in recent years,” says Simone. “So shelters are a vital short-term solution to help people in the immediate term, but we need to do better at actually reducing homelessness and reducing the need for the shelter system.” This means preventing situations that lead to homelessness in the first place, like providing accessible housing and greater wages.

Simone refers back to Turning the Tide as an example: “A big critique of those plans is that they did not connect the dots between homelessness and housing sufficiently. If the mayor’s housing plan that he touted repeatedly throughout his administration was actually creating apartments that were affordable to people who were homeless, he might not need 90 new shelters. He might have actually been able to reduce the need for shelters.” She continues, “The big drawback from the de Blasio administration was treating homelessness as a problem to be managed and treating the housing plan as something separate instead of recognizing that housing is the answer to homelessness, and homelessness can actually be ended if we had the political will and the resources to do so.”

“Shelters are a vital short-term solution to help people in the immediate term, but we need to do better at actually reducing homelessness and reducing the need for the shelter system.”

As the cost of living continually escalates while wages remain far behind, more and more people will be unable to afford housing, increasing the number of people at risk of homelessness. Simone says to truly solve this crisis “we need housing subsidies. But the federal government has decided to ration Section 8 vouchers [a program in New York City that assists low-income families with housing at a lower rate] so only one out of every 4,000 households who need housing assistance receive it. If we want to address homelessness and housing instability nationwide, we need a coordinated federal response, funding housing assistance as an entitlement.”

Rather than using the case of Christina Lee to demand more effective, accessible, and sustainable reforms to housing issues, both politicians and the members of Concerned Citizens of East Broadway are focusing on the wrong conversation around shelters. For city officials, shelters are bullet points to sell their campaigns, boast their achievements, and distract from the lack of real housing solutions being proposed. This holds true for Adams whose safety plan explicitly acknowledges that “street homelessness is caused by a convergence of multiple systemic failures,” yet goes on to only list plans that address the repercussions of unaffordable housing (i.e., shelters and safety beds) with no mention of solutions that change housing on a systemic level. The protestors in Chinatown, meanwhile, continue to push back on the shelter at community board meetings, with some perpetuating misconceptions about people experiencing homelessness and conflating this vulnerable population with violence.

This failure to remove fear surrounding people who are displaced will only result in more tragic consequences—for both the unhoused and the Chinatown community. One month after Lee was murdered, a serial killer fatally shot five unhoused men in New York City and Washington, D.C. To truly prevent future violence, the effort should center on advocating for better housing vouchers and lowering the cost of living, because protecting Asian citizens and women of color means caring about the whole community—including those who are unhoused.

Read this Next: Mowed Down 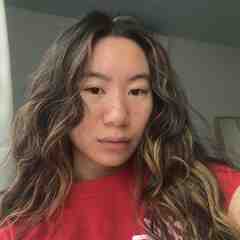 Kelly Pau is a writer from New York and the editorial assistant at COOL HUNTING magazine. Her work, which mainly covers how art, culture and politics relate to social and racial issues, has appeared in Vox, The Cut and more. She is currently in her rageful era.