The Grim Sleeper terrorized South Central Los Angeles for almost two decades. Lonnie Franklin Jr. targeted the community’s most vulnerable women: impoverished, Black sex workers who he presumed nobody would miss. From 1985 to 2006, Franklin flew under the Los Angeles Police Department’s radar, until seasoned crime reporter Christine Pelisek took an interest in the unsolved crimes. In 2006, she began covering the city’s relative disregard for these victims for the L.A. Weekly: She exposed how former police chief William J. Bratton and mayor Antonio Villaraigosa brushed the crimes under the rug; didn’t notify community organizations about the serial killer operating in their area; and kept many of the victims’ families in the dark.

Her dogged reporting led to Franklin’s arrest on July 7, 2010, 25 years after he committed his first murder. Now Pelisek, who works as a senior crime reporter at PEOPLE, is chronicling that career-making case in her first book, The Grim Sleeper: The Lost Women of South Central. Here, she discusses why she became invested in the case, our cultural disregard for sex workers, and how the war on drugs outweighed a serial murderer.

Your book is absolutely spellbinding. I read it mostly on public transportation as well as a cross-country flight from Portland to New York, and my mouth was gaped open for the majority of it. What prompted you to turn your extensive reporting on the Grim Sleeper into a book?

I thought it was an important story that should be told. It’s a story that many people don’t know about and I felt they should. And because I was involved in the story, I was the person who should tell it. Besides the police and prosecutors, I knew the story best. I also wanted the public to know about the victims and I wanted to tell their story.

Let’s start at the beginning. In the first few pages, you detail how shocked Ed Winter, the assistant chief at the Los Angeles County Department of the Medical Examiner-Coroner, was at your interest in the systemic killings of prostitutes. Why do you think that is?

The detectives were shocked at my interest in the killings of the women on Winter’s list. They didn’t get calls by journalists about prostitutes getting murdered so they were surprised at my interest because the press mainly ignores street girls getting killed. 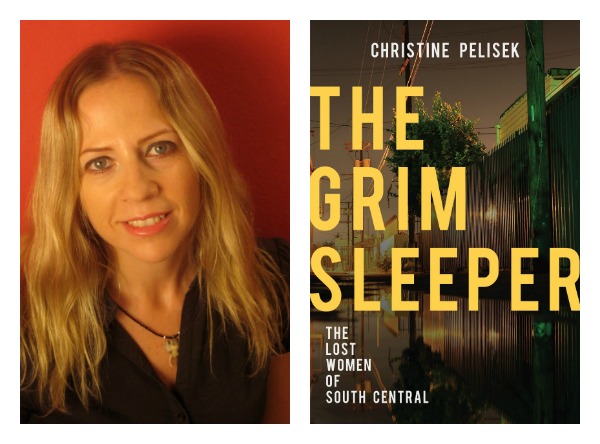 There’s a compelling line midway through the first chapter that really stopped me in my tracks: “I was particularly shocked at the sheer number of Black prostitutes and drug-addicted women killed. These women, whose bodies appeared to litter the streets, seemed to be invisible in their own city.” How do you think the invisibility of these women allowed Lonnie Franklin Jr. to kill with impunity for so long? Does this mirror a cultural disregard for sex workers in general?

I think the invisibility helped Lonnie Franklin and the other serial killers get away for so long with the dozens of murders in the ‘80s. And it does represent a disregard for street workers. I think it is a societal issue, not just a police issue. I spoke to a woman in South Central about the murders and she told me she was more concerned about drive-by shootings and children getting involved with gangs than street walkers getting killed. She said getting into cars with men was just plain stupid. Basically if you play with fire you are going to get burned. The police have told me they did everything they could do solve the murders in the ’80s, but most of the victims’ families would disagree.

Your book is broken down into time periods so you can detail what was happening culturally in the “war on drugs” as well as outline how long the Grim Sleeper flew under the radar. How important was it for you to provide that cultural context?

I thought it was important for the reader to know what was happening in the ‘80s during part of Franklin’s reign of terror. The police department and the city were under siege by gangs and drugs and because of this, six serial killers were able to use the area as their own sick playground. Franklin was able to operate without fear of getting caught because the police were understaffed in these areas and were more focused on the war on drugs and gang suppression. There were close to 1,000 murders a year during this time period. There was so much chaos, I doubt Franklin was concerned at all about getting caught.

Within the book, South Central Los Angeles really becomes its own character. There are the police officers failing to protect it, the activists rallying to preserve it, and the people who are addicted to drugs that are simply trying to survive it. Does the fact that the killings happened in South Central, at the height of the crack epidemic, have any impact on the amount of time it took to solve the case?

Yes, I think the crack epidemic played a huge role in this case. It made the cases much harder to solve. The drug made the women far more unpredictable so family members and friends had a harder time keeping track of their whereabouts. It was hard to pinpoint where the women were at any given time. Drugs ruled their lives so they became perfect victims for a man like Franklin who would lure them into his car with drugs. He preyed on weakness and that’s why he was so successful. He didn’t use the drug, but he knew what it did to people and he knew it made them vulnerable and that’s what a serial killer is searching for—a vulnerable victim. He also knew there wouldn’t be much community outrage. 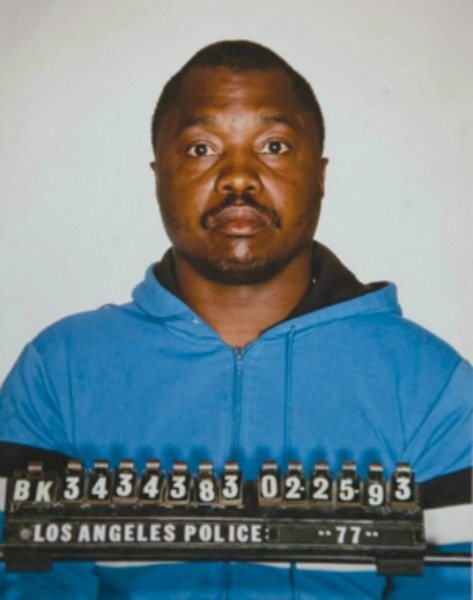 Photo via the L.A. Weekly

Throughout the book, there’s a thread of activists who are infuriated that the police department hid these serial murders from the community. From your understanding, why did the police choose not to go public about the Grim Sleeper? Did that place more women in danger?

The police said they wanted to keep the killings a secret at first because they wanted to know what they were up against. I think that is common for the police. Police did say they alerted the working girls that there was a killer out there. However, it is upsetting for the community and it was upsetting for the victims’ families because they didn’t know their loved ones were killed by a serial killer.

Take me through your timeline. What was the gap of time between when you began investigating the case and when Lonnie Franklin Jr. was arrested?

There was no gap. I became involved in the case in the winter of 2006 after I got the list from the coroner’s office, and stayed on it until his arrest in the summer of 2010.

For you, what was the turning point in the case? Was there a moment when you realized you could actually solve a case that had haunted the LAPD for 20 years?

I actually never thought I could solve the case. I wanted to, but I knew as I began my own investigation that I was always a step behind the detectives. I was more concerned about keeping the story in the public eye. I was afraid if I stopped reporting on it then the task force would eventually disband and they would never solve it.

In your estimation, what took the Los Angeles Police Department so long to realize that there were multiple serial killers targeting sex workers in South Central?

The police knew there were multiple killers in the ’80s, and they actually caught a few. It wasn’t until the LAPD started the cold-case unit in 2001 that they realized there were many more. It was the advent of DNA technology that changed things for the LAPD. In the case of Franklin, the ’80s detectives thought they had their killer in Rickey Ross. The detectives moved on and it wasn’t until 2004 they realized he had never stopped. And again, it was because of DNA. I truly believe if it wasn’t for the DNA, Franklin would never have been caught. 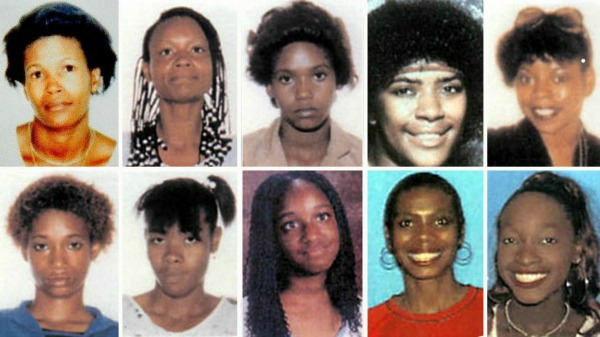 Photo via the Los Angeles Times

Journalists are taught to be objective, which creates distance between them and the people they’re profiling—or, in this case, attempting to catch. Yet you seem very invested in this case, especially in your interactions with Enietra Washington, the one victim who survived. “I wanted to make them visible so the community had to face this sick and twisted problem, and somehow, do better at dealing with it.” Does the nature of this case mandate personal investment? How can journalists make that tough decision between remaining objective and becoming an anchor for victims who need to get their stories told?

This story needed to be told and I tried to do that through Enietra, the victims, and the victims’ families, as well as the detectives involved in the case. I wanted people to know their story as well as the complicated nature of it and that’s basically the aim of a journalist. Tell the story.

In the book, you mention that mainstream media rarely, if ever, offers sustained focus on dead sex workers. How can media better cover the topics that have become integral to your career as a crime writer? What will it take to ensure that our most vulnerable neighbors are given adequate media coverage?

I believe every person has a story and it deserves to be told. Race shouldn’t make a difference.

What I really loved about the book is that many of the earlier chapters are dedicated to painting a picture of each victim’s life, including their triumphs, their pitfalls, and their untimely deaths. How difficult was it for you to piece their lives together? What was that process like?

It wasn’t easy, but luckily I had a lot of cooperation from [their] friends and family members. I wouldn’t have been able to tell their stories without them.

Was covering this case the most meaningful thing you’ve done as a journalist. If so, why?

Every story is important to me but this story was one I followed for a long time. I did want to see this case through to the end and I wanted the families to get closure.

by Em DeMarco
Laws regulating strip clubs often have a big problem: They're written without any input from dancers.