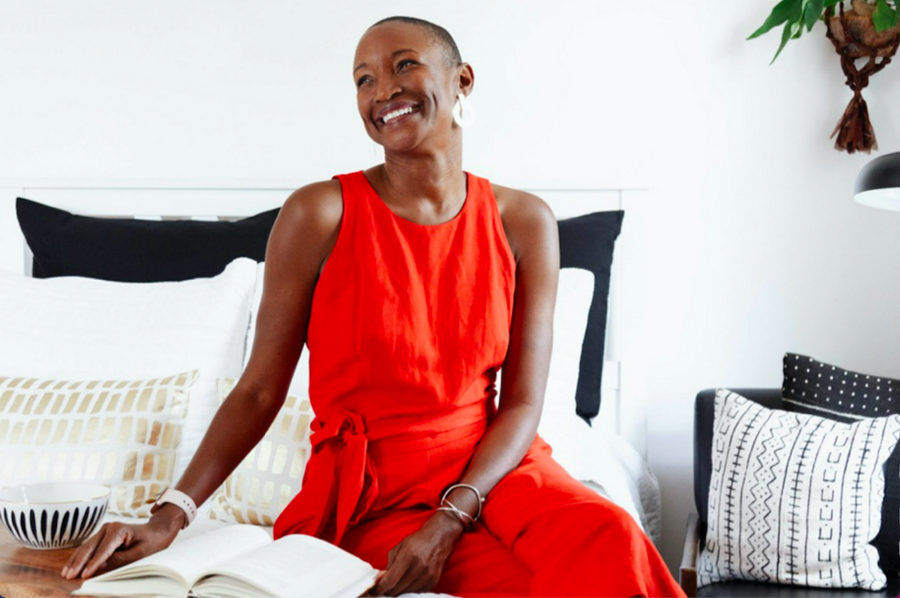 Christine Platt, the author of The Afrominimalist’s Guide to Living with Less (Photo credit: Liz Calka)

When I was a little girl, my grandmother’s couch was covered in plastic, presumably to keep it nice since she didn’t know if she’d be able to buy a new one if the need arose. Everything she owned—furniture, clothing, kitchen utensils, food—had to last. My mother grew up in that house, and when she was a child, there were times when the pantry didn’t have enough food to go around. I grew up in a house with stocked pantries, a full outdoor freezer, overflowing closets, and no plastic on couches. My mother believed our house should feel lived in; nothing was so precious that it couldn’t be replaced. But the living and dining rooms, with their white couches and curio cabinets full of dolls passed down from my grandmother to my mother, and one day to me, were off limits. We always had much more than we needed. Looking back, I realize I grew up more accustomed to excess than to enough.

The distance between excess and enough is important to minimalism, a lifestyle trend that encourages simplicity and asks us to “live more deliberately with less.” You could never call me or my family minimalists, but the message of minimalism has been hard, if not impossible, to ignore. Over the past few years, myriad articles, books, documentaries, and Netflix specials have been produced about the process and virtuous nature of living with less. But the loudest voices have historically been white people who consistently overlook how people of color, especially Black people, have to approach minimalism differently. White people destroyed the planet and Indigenous ways of knowing with their relentless pursuit of excess. Now, instead of accepting responsibility for their actions, white people hide behind minimalism and judge people of color for the conspicuous consumption they themselves invented. In the process, mainstream minimalism created the minimalist-industrial complex, where we’re encouraged to get rid of everything we own and replace it with new, whitewashed, mainstream minimalist–approved items in order to do our part to save the planet and live a life of meaning.

With its white walls and muted aesthetic, minimalism presents as whitewashed, making it hard for those who aren’t white and rich to identify with the practice. That’s what makes Christine Platt’s The Afrominimalist’s Guide to Living with Less (2021) a welcome departure from the ways we currently think about minimalism. Platt defines Afrominimalism as “a curated lifestyle of less that is informed by the history, culture, and beauty of the African diaspora.” It offers Black people a vision of minimalism—and maybe even home—in which we can see ourselves. For Black families, the ability to create a space or home in the United States has always been tenuous. In the 1930s, the U.S. government color-coded and graded 239 cities in a practice known as redlining. Green was “best,” blue was “still desirable,” yellow meant “definitely declining,” and red was “hazardous.” African Americans, Catholics, Jews, and immigrants from Asia or Eastern Europe lived predominately in areas marked red. Though redlining was outlawed more than 50 years ago, it has had a lingering impact, making it harder for families in redlined areas to get loans and access to credit and preventing members of these communities from accessing one of the main ways to build wealth in America—home ownership. More than 70 percent of the cities that the Home Owners’ Loan Corporation designated “hazardous” in the ’30s are low-to-moderate income and majority minority (64 percent) today. How can mainstream minimalists tell Black people to get rid of our stuff when we don’t have any, don’t have enough, or haven’t entirely secured what we do have?

Minimalism as it’s marketed to the masses lacks nuance. It presumes that everyone has a home or a space overflowing with stuff and that someone will easily be able to repurchase items later if they need to. Mass-market minimalists presume that excess stuff, not America’s lack of a social safety net, causes people stress, discomfort, and unhappiness. Platt understands the complicated relationship Black Americans have with wealth, home ownership, culture, aesthetics, and—stuff. Her Afrominimalism allows for heirlooms, embraces color and texture, prioritizes Black-owned businesses, and serves as a potential vehicle for building generational wealth. “You may own things that have value beyond what others think they are worth due to their cultural or familial significance, and it is important to put them aside for future consideration. Examples of items that have personal significance and value include ancestral spiritual texts such as your great-grandmother’s Bible, manumission papers, or your family’s first deed to property. Note that even though you may not use these things, you need and love them because of what they represent in your life,” Platt writes.

She knows it takes more than essentials, necessities, and whitewashed aesthetics to make a house a home. For her, home includes “items that reflect the beauty of the African diaspora, such as reupholstered furnishings in colorful Ankara prints and playful patterns, cultural items acquired from my travels, and historical and literary texts on the Black experience.” Her book’s bright red cover and the mudcloth design of the “For the Culture” excerpts really drive home Platt’s vision of Afrominimalism as a practice that holds space for Black people. In this way, Platt speaks directly to Black people and those from other marginalized groups, explaining why we often struggle with having more than we need (even when we can’t afford to): Black people’s literal experience of being enslaved and deemed property has impacted our understanding of and feelings around ownership. Ownership makes us feel powerful, secure, and in control of our lives. Of course, this is a false sense of security, one Platt argues is rooted in a culture of consumerism and even white supremacy. We buy things for comfort. We buy things to keep up with the imaginary Joneses. We buy things to feel like we too can live the “American Dream,” a dream that has and never will be truly available to us. 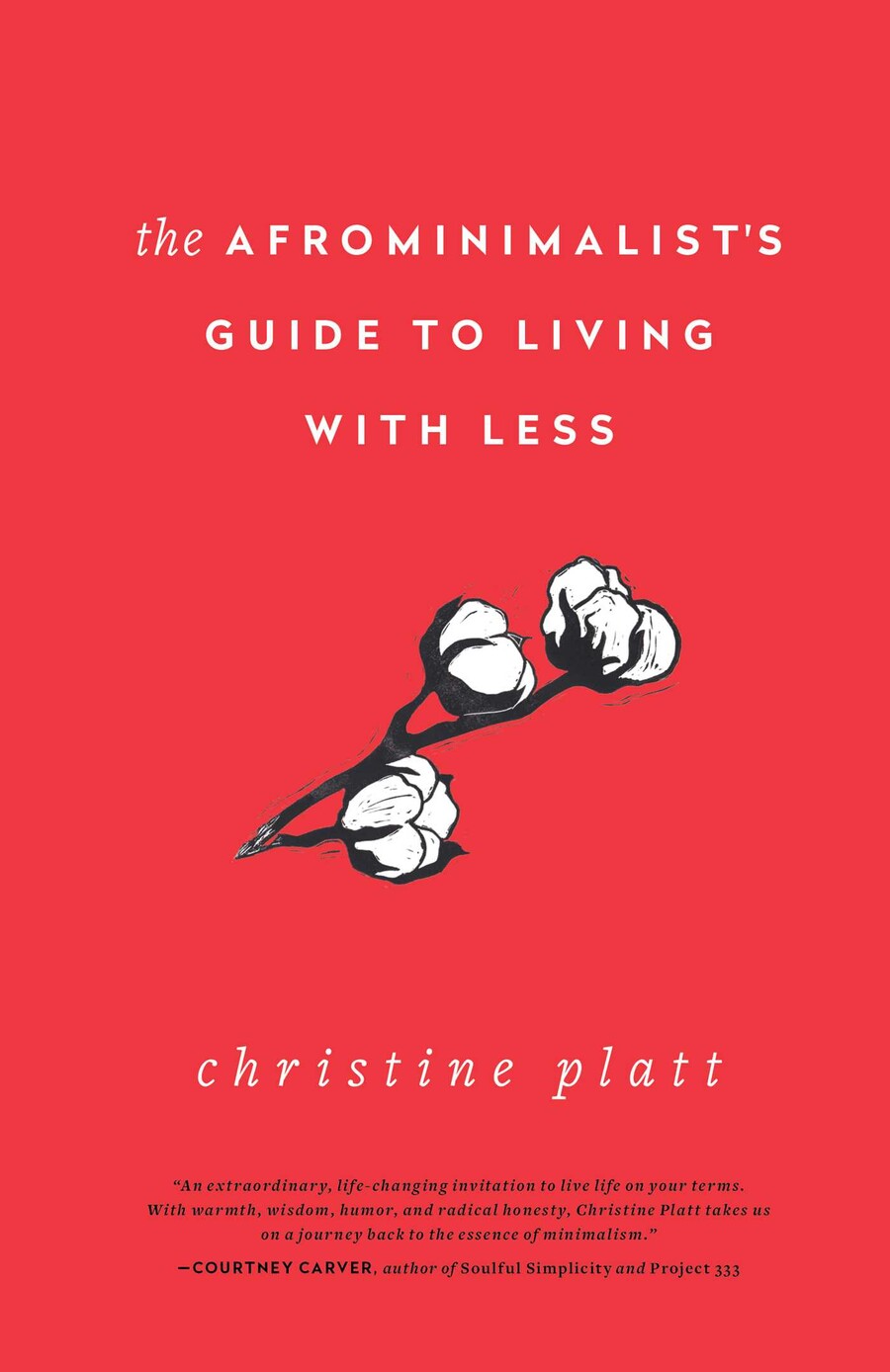 Throughout The Afrominimalist’s Guide to Living with Less, Platt offers up many of the same platitudes other proponents of minimalism use. She tells us that letting go of excess by using her “Need. Use. Love.” framework will help us live more intentionally, be our most authentic selves, contribute to a more sustainable future, and enable us to make space for what really matters. “Minimalism is a way to liberate yourself from things that no longer serve you, behaviors that do not benefit you, and expectations that do not align with your personal mission and vision,” Platt writes. For her, minimalism is true liberation. While I can see how an Afrominimalist lifestyle would enable me to save more money, align my consumption habits with my values, and maybe even help me jump off the wheel of comparison, I also think minimalism, even Afrominimalism, is a cop-out. In a world where the net worth of a typical white family in 2016 was nearly 10 times greater than that of a Black family in the United States, and the Black-white economic gap is as wide today as it was in 1968, minimalism alone will not bring us closer to income equality. “The master’s tools will never dismantle the master’s house,” so ultimately I want the master’s house to never have existed. Or, for white people to finally realize the error of their ways and correct the harm that has been done to Black people in America for generations.

I want reparations, not to have to choose to live with less in order to maybe even the playing field. I want Black people to have whatever they want. We’ve earned it. Nevertheless, Platt presents a compelling and practical argument for Afrominimalism. She reminds us that it’s a practice, meaning we’ll have to come back to it often. She helps us understand why we have so much, walks us through a four-step process for letting go (acknowledge you have too much, forgive yourself, let go, pay it forward), teaches us the power of authenticity, and schools us in setting intentions. Her version of minimalism acknowledges that it’s a privilege to choose to live with less and in her work she holds space for all of Black people’s experiences with consumerism and consumption.

How can mainstream minimalists tell Black people to get rid of our stuff when we don’t have any, don’t have enough, or haven’t entirely secured what we do have?

Platt’s Afrominimalism offers a vision of reduction that is not only for the wealthy or white, (often one and the same). It’s for Black people looking to try something different; Black people who know that to get something new, we’ll have to do what has never been done before; and Black people who know that no one is coming to save us—who believe we are the ones we have been waiting for. It’s an enticing new world full of possibilities. Whether Afrominimalism and individual consumption choices, in lieu of systemic change, will liberate Black people remains to be seen. After all, when you’re only just getting your things, like my grandmother with her plastic couches or my mother with her off-limits living and dining rooms, you want to show them off. As for me, I won’t be putting plastic on any couches or stocking multiple pantries to the brim. But maybe, I will go through my closets, drawers, and boxes to pare things down. Not because I think it will help me better connect with what’s important, but because I just have too much stuff.

Read this Next: “Somebody’s Daughter” Redefines the Way We Think about Love 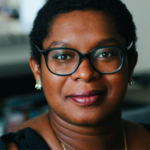 by Nylah Burton
We have to be open to the idea that love can look and be so many different ways. 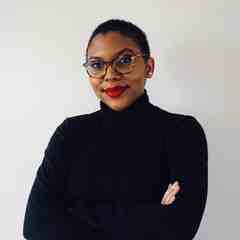 A model for Black girls who live on the road, Gabrielle Ione Hickmon is a writer, researcher, and artist who rarely finds herself in one place for too long.