This story was originally published on January 17, 2018.

Over the last 18 months, there’s been a revolutionary increase in the number of sick women onscreen. Unrest, Jennifer Brea’s documentary about how the debilitating neurological illness Myalgic Encephalopathy/Chronic Fatigue Syndrome (ME/CFS) turned her from an active doctoral student to a bedridden patient, was released in September. That same month, Lady Gaga: Five Foot Two came out on Netflix, giving audiences insight into both the recording process for the singer’s most recent album Joanne, and her struggle to manage fibromyalgia.

The trend extends to fiction too. The Big Sick, a romantic comedy in which a young woman named Emily (Zoe Kazan) is hospitalized due to Adult-onset Still’s disease (a form of inflammatory arthritis) was a big hit in the summer of 2017 (though it was also rightfully criticized for its disrespectful representation of South Asian women). The movie was based on the early courtship of co-writers Emily V. Gordon and her husband Kumail Nanjiani (who also plays a fictionalized version of himself). And in late 2016, Amazon dropped the first season of One Mississippi, which depicts comedian Tig Notaro’s thinly-veiled counterpart, Tig Bavaro, not only confronting the physical and emotional impact of breast cancer, but also deciding to have a fecal transplant after contracting a hospital-acquired infection that causes near-constant diarrhea—a situation that sitcoms don’t typically explore.

What’s radical about these portrayals is their creators are women who have chronic illnesses. The effect is honest, raw, funny, and (for anyone who’s been through something similar) profoundly validating. After decades of erasure, the tide is turning in terms of how people with chronic illnesses are depicted in pop culture—and not a moment too soon. At the same time that Paralympic athletes and those who’ve had successful cochlear implant surgery are labeled “inspiring” (simulating a lack of disability is always a happy ending for non-disabled people), diabetics are dying because they can’t afford insulin and people with cancer have to crowdfund their chemo.

The current American president reportedly called Oscar-winning Deaf actor Marlee Matlin “retarded” and publicly mocked the appearance of New York Times reporter Serge Kovaleski, who has the congenital joint disorder arthrogryposis. Trump’s attempts to gut Obamacare and the $800 billion cuts to Medicare proposed in his first budget confirm his utter disregard for the lives and rights of disabled people. (I use  this term rather than “people with disabilities” because I subscribe to the social model of disability, which was created by disabled people to reflect the idea that we’re disabled less by our impairments than by barriers to independence and opportunity.) In this ableist society, it’s more important than ever that our voices are heard, especially for women, since they’re more likely to experience a chronic condition, and less likely to have symptoms like pain and fatigue taken seriously.

In pop culture, long-term illnesses are generally treated much like they are in real life—with suspicion, derision, and sometimes, outright cruelty. In the pilot episode of the long-running series House, Dr. Gregory House (Hugh Laurie) gives mints (which he pretends are medication) to an exhausted patient who suspects he has ME/CFS (or maybe fibromyalgia). The patient is proven to be a hypochondriac when he comes back for a refill and claims to feel better. Although he’s cranky, House is a sympathetic character—a renegade genius with the answers to every medical mystery—so it’s clear who the audience is supposed to side with. To see him so callously dismiss a condition that affects as many as 2.5 million Americans (and many more worldwide) echoes the stigma patients with “invisible” illnesses experience every day. Portrayals like those in House and, more recently, Real Housewives of Beverly Hills, confirm a bias already held by medical professionals, the media, and many ill people’s friends and families: that people with chronic illnesses are weird, lonely, and desperate for attention.

When Real Housewife Yolanda Hadid revealed that she and two of her children, Bella Hadid and Anwar Hadid, have Lyme disease, her costars Lisa Rinna and Lisa Vanderpump doubted her so much that she felt forced to show them their medical records. Unfortunately, skepticism is a common response to chronic illness. In Unrest, Jennifer Brea interviews a range of people who suffered devastating consequences as a result of ME/CFS, including a woman whose husband divorced her because he thought she was faking and a Danish couple whose child was taken from them at gunpoint and sent to a psychiatric center because the state didn’t believe the illness is real.

Even when portrayals of chronic illness are benevolent, they’re often patronizing, with sick women acting as conduits for other characters’ narratives. Most often—as in movies like Sweet November, Moulin Rouge, and Love Story–sick women are used to teach healthy men how to make the most of their lives. Unsurprisingly, the women die young and preternaturally attractive, so that no one has to address their long-term care needs. 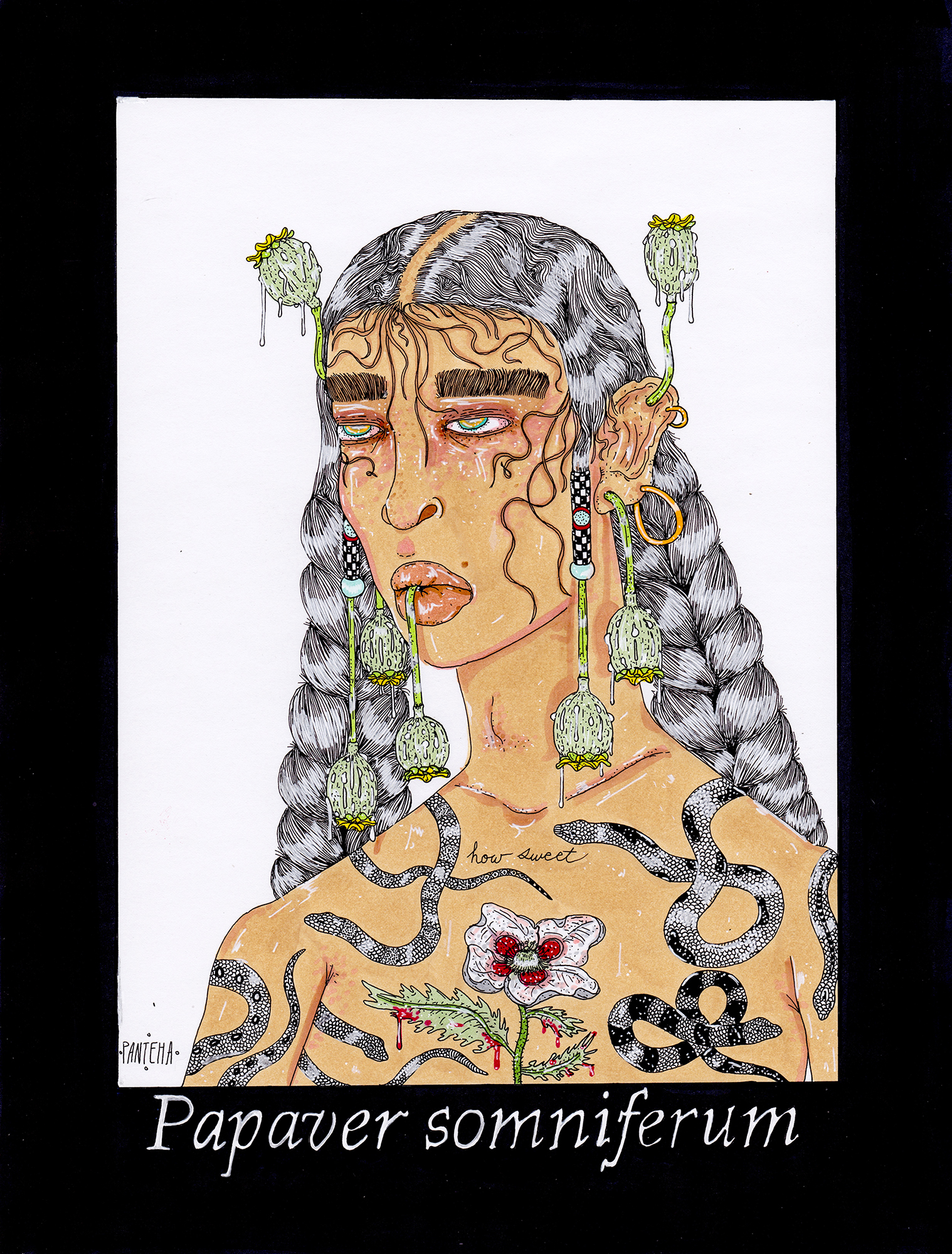 But while these big- and small-screen portrayals are insulting and dismissive, at least they attempt to engage with disabling illness as a fact of life. The vast majority of films and TV shows ignore it entirely. Though more than 785 million people worldwide are disabled, 56.7 million Americans are disabled, and one in two Americans lives with a chronic condition, disabled people have never been proportionately represented in pop culture. A 2015 report from the Media, Diversity, and Social Change Initiative found that only 2.4 percent of movies featured a disabled person and 86.7 percent of those were supporting or background roles. When disabled characters do appear, they are played by non-disabled actors 95 percent of the time. This normalizes the marginalization of disabled and chronically ill people and perpetuates the idea that we are destined to be sidekicks to non-disabled people, both onscreen and in society. The phrase “nothing about us without us” has been a mainstay of the disability community for three decades, and if we’re allowed to tell our stories on our terms, as recent pop culture seems to suggest, perhaps in future we can be seen as human beings rather than props.

Disabled people’s experiences in Hollywood have been so little-considered (or encouraged) that the Writers Guild of America, which studies representation across the intersections of gender, age, and race, has no data on the prevalence of disabled writers (or LGBTQ writers). However, the WGA notes that its members have anecdotally observed that “television and film projects featuring depictions of LGBTQ persons and those with disabilities all too often fail to employ writers from these groups.” This leads to a lack of verisimilitude that’s not only offensive to the people portrayed, but also perpetuates stigma about disabled people’s lives and worth, contributing to a society in which we’re not treated as entirely human.

We need to hear more about (and from) people experiencing intersecting oppressions–being disabled and a person of color, or LGBTQ, or over 60, or working class, or any combination of the above. Poverty is a particularly underexplored topic in disability narratives, despite real life concerns about the cost of treatments and insurance and the paucity of welfare checks. This may be because those who are in a position to make TV shows and movies are financially and physically stable enough to spend time on creative endeavors with no immediate promise of remuneration. Ideally, we’ll increasingly be able to watch accurate portrayals of disability and illness from a wide range of perspectives, informed by lived experience, that have the power to challenge viewers’ expectations and presumptions. We also need greater recognition that disabled or chronically ill people don’t stand apart from society; we’re a part of it.

Anyone can become sick or disabled—and most people will, if they live long enough—but non-disabled people seem to be in collective denial of this.

That said, we don’t need non-disabled people to perform empathy on Facebook and Twitter: We need them to engage with our fights—getting to know us, campaigning alongside us, being our advocates in spaces we often physically cannot enter. In every sector of society, non-disabled people need to challenge their internalized ableism and use their privilege to open the doors for disabled people, and to do so without seeking credit or applause. In Hollywood, this might mean creating more programs that recruit, train, and employ disabled writers. It might take union rules—pushed for by non-disabled producers or writers—to mandate these programs. There need to be accessible opportunities for writers who can’t make it to an office every day, and who might not even live in Los Angeles. In Hollywood, where the stories people tell are ostensibly designed to reflect the range of humanity, the horizon needs to become wider.

Recently, we’ve seen high-profile women use their fame and economic privilege to combat the stigma surrounding chronic illness (often women of color, despite the fact that they already face discrimination on more than one front). Last September, Selena Gomez announced that she had been through a life-saving kidney transplant as the result of Lupus; in December, Solange Knowles revealed that she had to cancel her New Year’s Eve performance in South Africa due to an autonomic disorder. Their openness suggests that disclosing a disabling illness is more socially acceptable than ever, and although it shouldn’t be the responsibility of celebrities to shift public opinion, seeing them disclose their pain and setbacks might make those whose first response is to dismiss women’s pain think twice.

Better representation in real life and onscreen is is important, as is the work of disabled activists who campaigned to ensure that the Americans with Disabilities Act was passed—and that the American Health Care Act of 2017 wasn’t. But ultimately, what chronically ill and disabled people most need to see is an end to discrimination, the guarantee of a decent quality of life, and accommodations that allow us to participate as fully as possible in the world. 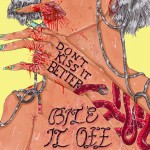