Godmothers of InventionThe Enduring Power of the Cinderella Story 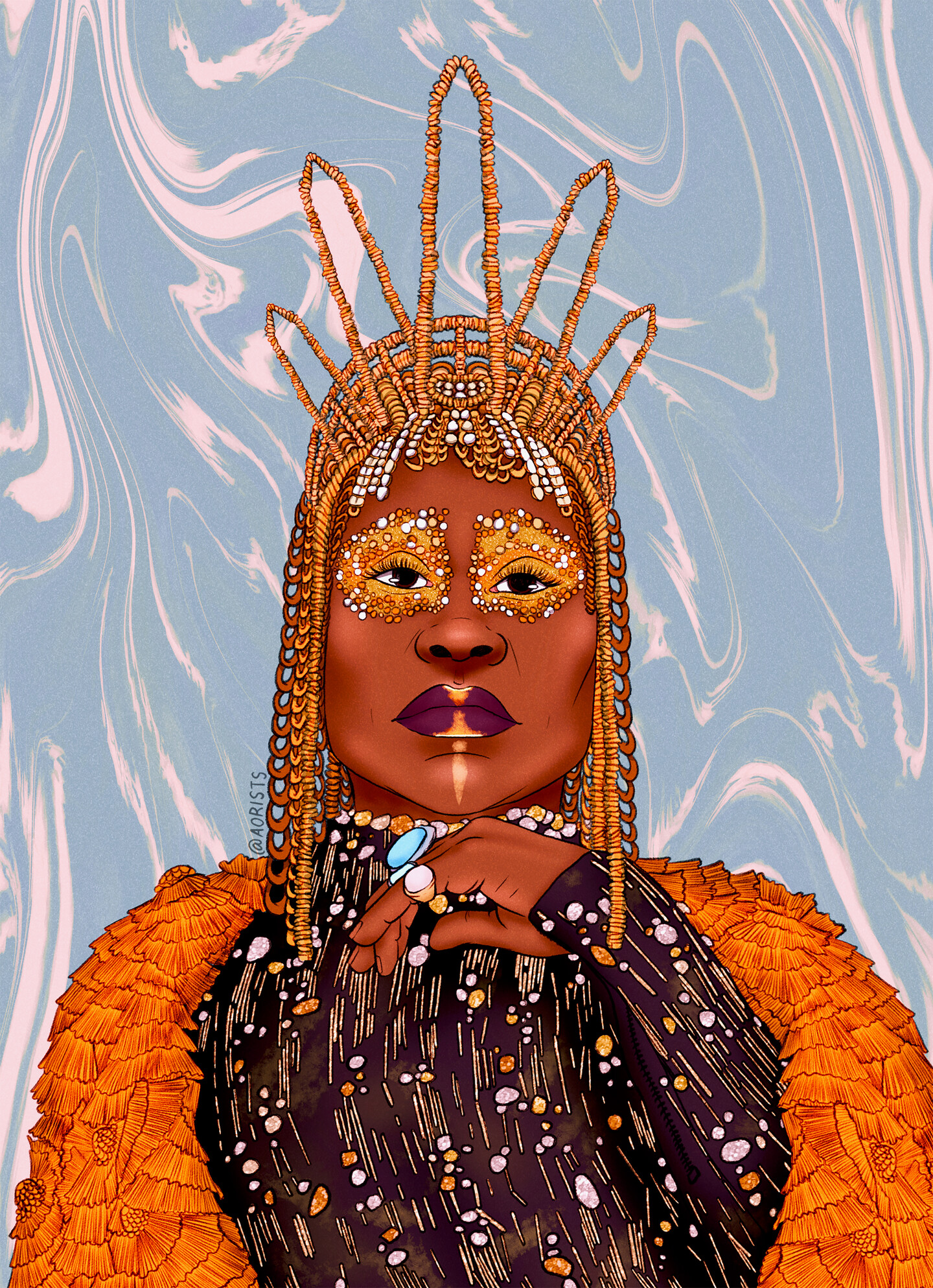 I can remember being 13, standing in front of a magnifying mirror and pulling the skin of my nose apart, staring at all the little black dots lining the curvature of my bone. Hair grows out of each one, something I found profoundly insulting even at 13. I remember thinking there were so many of them, millions even, because my nose was so big and only a big nose like mine could house that many tiny black dots. Growing up, you could point to any place on my body and I could tell you within seconds what was wrong with it. I know I am not alone in that: The scrutiny with which young people examine themselves is heartbreaking at best, and life-threatening at worst. Regardless of gender, we all learn the feeling of longing early on—longing for straight hair or no hair, breasts or no breasts, longer legs or eyelashes, a smooth face or a lighter one. We’ve become familiar with how the media, from Photoshopped fitness magazine covers to lip-plumping Instagram filters, conditions us to believe beauty and acceptability looks a particular, formulaic way, urging us all to do our best to twist our faces and bodies so they fit the ideal rather than changing that ideal.

Our universal obsession with personal transformation feels untraceable because it is so widespread, embedded in the fabric of our collective consumption habits. Pick a part of yourself that can be changed, and I can guarantee you a full cabinet stock of remedies, quick fixes, experts with advice, and before-and-afters. We want instant—rather than holistic—change, the kind that is only possible with a little magic. The story we now know as Cinderella can be traced back to sometime between 7 BC and 23 AD, when the Greek geographer Strabo recounted the story of Rhodopis, an enslaved Greek girl who marries the king of Egypt and is freed. In this ancient version of the tale that has gone on to influence entire swaths of Western culture from Barbie to The Bachelor, the gold slipper is a sandal, but the bedrock of the story remains fairly unchanged throughout the centuries: a poor and powerless woman saved by the brave, strangely obsessive, and borderline fetishizing love of the most powerful man in all the land.

Popularized by Charles Perrault’s fairy tales and the later Grimms’ Fairy Tales, Cinderella has become the signature fairy tale of this particular modern era and has been thoroughly and justifyingly criticized for its misogyny and tiresome male savior narrative. But beyond that, Cinderella provides us the opportunity to question the relevance of its longest-living trope-like caricatures. From the original Disney cartoon released in 1950 to Hilary Duff’s A Cinderella Story, Anne Hathaway’s Ella Enchanted, and most recently, the live-action adaptation starring Lily James, the story of Cinderella has been regurgitated more than a dozen times throughout all cultures.

With the Flick of a Wand

Porter already steals the scene at almost every red-carpet he attends, so it’s a towering opportunity for him to help challenge the historically white, straight, and traditional storytelling of Cinderella’s past. If Porter were the Fairy Godmother I grew up with, would I have had a different idea of what beauty looks like? Of what normalcy looks like? Among the princess narratives in the fairy-tale canon—including Snow White, Rapunzel, Mulan, and Tiana—the story of Cinderella is the most culturally addictive because it derives from a universal thirst for personal improvement through divine intervention requiring almost no effort. And though we tend to consider Cinderella a Western and European tale, the story of divine transformation spans many cultures throughout time, from the Chinese legend of Ye Xian in the year 850 to the Vietnamese story of Tấm Cám to the Algonquin peoples’ recounting of the Rough-Face Girl, and the West African tale of Chinye. All of these are narratives that address the desire to find one’s life dramatically improved via quick fixes that are only truly possible with magic. And yet, in real life, our belief in—and our commitment to finding—these fixes seems only to grow stronger.

It’s important to point out that the Western adaptation of Cinderella, the one that has been Disneyfied and formulated as the “real” Cinderella, is specifically about external beauty, despite its appeals to human kindness. The Cinderella most of us grew up with is a story that uses the role of the Fairy Godmother to describe exactly what it should look like to become beautiful—and thus, by extension, what it looks like to lack beauty. Obsessing over the transformation narrative has encouraged us to aspire to white aesthetics while discarding—even vilifying—all others. Even in cultural products that aren’t literal adaptations of Cinderella, the process of becoming beautiful holds tremendous currency. The Makeover is a stock feature of countless films about or marketed to young white girls in particular. Grease, Clueless, The Princess Diaries, Mean Girls, She’s All That, and The Devil Wears Prada are a handful of big-screen stories in which the Makeover is the narrative’s triumphant turning point, gratifying audiences of all genders who have been socialized to value long, straight hair, light skin, spectacle-free eyes, and tight clothing that shows off a thin body.

The indoctrination of young people, young girls in particular, into the belief that beauty is value doesn’t have to explicitly name what’s not beautiful to get its message across, but the recurring imagery—glasses are removed, curly hair is straightened, baggy clothes are traded for body-hugging garments—speaks volumes. And essential to both the Makeover and the princess narrative is the idea that inside every one of us is the person we’re supposed to be, waiting to be released by the touch of a wand. It might look like the arrival of a literal fairy godmother, but among the unwritten rules of the Makeover is that you don’t find your own beauty or greatness, but instead wait patiently for it to be found and drawn out of you by another. The waiting itself is crucial: Only patience will bring the larger-than-life force to the unfinished person; only patience is rewarded by the magic that helps her realize the full, true potential that’s been inside her all along. This hasn’t prevented the Makeover from itself evolving beyond the wow-she’s-pretty-now basics common to teen-girl media. Shows like Netflix’s Queer Eye and Tidying Up with Marie Kondo testify to the demand for makeovers that go beyond purely cosmetic and physical transformations and are much more holistic. Both shows bring our attention to how closely related aesthetic and emotional transformation can be.

In reshaping their clients’ lives, the Fab Five of 2018’s revamp of the mid-2000s hit Queer Eye for the Straight Guy challenge the people they work with to draw connections between psychological, physical, and sartorial challenges. The men occupy their own spheres of expertise—fashion, grooming, home design, food, and culture—but they all address their clients’ anxieties, insecurities, and fears in tandem with the more aesthetic challenges. Similarly, while Kondo addresses our homes and the stuff that fills them, her philosophy encourages viewers to question the deeper issues that drive our collective need to acquire and hold on to things. A still-taboo conversation about the importance of understanding and addressing mental health has increasingly become part of the makeover canon, broadening and reframing the question of what it means to be made over and what an improved self actually looks like. In the time of plasticized celebrities, picture-perfect “influencers,” and the pressure to meet the demands of the “Instagram Face”—small nose, big lips, giant eyes—the need for deeper, more holistic approaches to personal transformation are a crucial part of self-preservation and self-love. The Makeover lives on, but perhaps—hopefully—more and more consumers see the limits of a surface-level magic-wand overhaul and have begun to prioritize the internal, mental, and emotional components of transformations that have historically been excluded from iconic makeovers whose effects are neatly hidden behind the scenes.

The Cinderella most of us grew up with is a story that uses the role of the Fairy Godmother to describe exactly what it should look like to become beautiful—and thus, by extension, what it looks like to lack beauty.

For Sinnamon Bunz, a New York City drag queen, transformation is an escape. “When you take the role of the Fairy Godmother [in drag, you’re] this person who is here to change lives for the better. You create a space for queer folks to take their minds off their struggles.” Outside of drag, she’s a mental health professional and works primarily with LGBTQ people. In her drag persona, she sees herself and other queens as “holding communion and court” for a community that has experienced pain and ostracization. Being in drag, Sinnamon Bunz says—she describes herself as “Joe Pesci if he did drag; Looney Tunes but make it mafia”—is an extension of a self that is already there. In drag shows, which have always been a refuge from a world historically unkind and too often dangerous for queer people, queens are oracles and community storytellers, icons and activists. “There are these deep connections between drag and mental health work,” she notes. “You want to connect to people in a meaningful way—drag is a form of trauma therapy.” Fairy godmothering in drag challenges the paradigm of waiting on a single savior, but it is its own kind of magic in many ways, and the popularity of shows like RuPaul’s Drag Race and Pose are evidence of its welcome contrast to real-world fear and bigotry.

As these shows, as well as undeniable stars like Porter, pull drag culture further into mainstream popular culture, it’s worth wondering if its more radical form of fairy godmothering will have as indelible an influence as the more normative Cinderella stories that continue to suffuse popular culture. “Drag is a currency,” Sinnamon Bunz says. “We transform ourselves for the benefit of others.” Perhaps what the classic Cinderella story requires is a transformation underscoring the way that benefit extends to even the darkest corners of violence and homophobia. Cinderella is a story I always believed was inexcusably damaging to young girls. Its lesson that physical transformation was a necessary path to happiness—and the way that lesson was approved, encouraged, and marketed—felt, in plain terms, unfair to us as people. The anger I felt toward Cinderella, and the thousands of characters who followed her into the forefront of culture, was overwhelming enough for me to put my foot down: She was bad for us. At the same time, fighting against Cinderella and all her pop culture descendants has proven to be tiresome—and, as I am starting to see, counterproductive. Cinderella is a story so ingrained in our storytelling that canceling her is a feat for giants. But reclaiming her for future generations is a feat that may be within reach. Watching Porter arrive at the Golden Globe Awards in January 2020 in an unapologetically Cinderella-esque white tux with an extravagant feathered train, and thinking about the young people who will soon know him as their Fairy Godmother, is helping to transform me too.

Read this Next: 11 Podcasts for Your New Normal 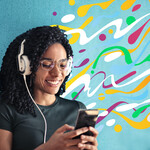 by Addissyn House
New and old voices as you travel to and from work, on road trips, and just around the house.