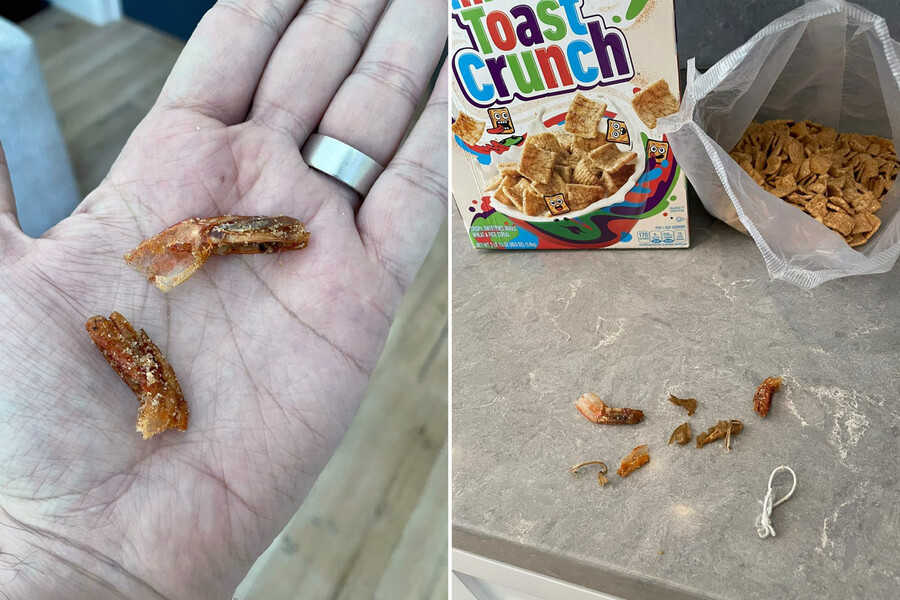 Last week’s Twitter sensation was Cinnamon Toast Shrimp Guy, a comedian named Jensen Karp who claimed to find shrimp tails in his morning bowl of cereal. His unpleasant photo documentation went viral, quickly flooding Twitter with puns…and leaving it on tenterhooks for the inevitable next beat of the story, which users rapidly delivered. First, Twitter discovered that Karp’s married to actor Danielle Fishel of Boy Meets World, causing Topanga—the name of the character she portrayed—to trend on Twitter and drawing her into the discourse. A former girlfriend then accused Karp of being “manipulative [and] gaslighting” and another woman said he threatened her career after a “surprise threesome.” Within hours, the story had come full circle: Karp became a villain, joining the ranks of many felled viral stars before him. The arc of any Twitter virality is predictable and deeply rooted in our desire for rapidly delivered entertainment, but it would be a mistake to think the inevitable downfall has lasting consequences. That means the dastardly revelation is less vindictive, more depressing, and simply part of the ecosystem of the internet.

The phrase “Twitter main character,” a relatively recent development in meme history, can be traced to a 2019 tweet, “Each day on Twitter there is one main character. The goal is to never be it.” The pithy tweet went viral for obvious reasons: Nearly every day, someone on Twitter does something that lights up the entire platform, whether it’s an airline romance, a really ill-conceived idea, or abusing your child because she can’t open a can of beans. These tweets launch a thousand dunk tweets or laughs, resulting in a hefty ratio and typically attracting attention-seeking coattail riders who attempt to leverage the tweet’s popularity for their own purposes. Whether it’s enjoying escaped llamas or uniting against a common foe, the internet loves these kinds of small, simple, fast-breaking stories that create a giddy sense of being on the inside of a fun joke or moving through collective outrage.

Inevitably, many tweets that seem wholesome and fun, or at least leave the reader on the same side as the subject, also fall into a secondary phase: the discovery that the person behind the tweet is not very nice, something usually uncovered with minimal digging or some gentle nudging from those in the know. This phenomenon was aptly described in 2016 by Twitter user @pixelatedboat (the handle of cartoonist Ben Ward), “The whole internet loves Milkshake Duck, a lovely duck that drinks milkshakes! *5 seconds later* We regret to inform you the duck is racist.” The thirst for entertainment explains why things go viral in the first place, but it also feeds the expectation and desire that there will be a milkshake duck moment. It brings the narrative to a logical completion, terminating the story that drew attention in the first place and allowing participants to quickly move on to the next thing. This treats negative revelations as a form of entertainment; they’re gossip, amplified, winging out across the entire internet instead of just around the water cooler or through whisper networks. But here’s the concern: Behind every “I knew it was too good to be true” is an actual person who experienced harm.

Sometimes awful revelations come up, creating the possibility for victims to come forward with less of a hostile reception than they’d likely have faced before. This was the case with the women who spoke out about Karp, with one after the other revealing terrible things about him as the voices of other people made it safer to do so. The bravery of speaking out in an industry where people are punished for reporting instances of abuse is commendable, but those who said something may eventually face disappointment because it’s unclear whether a milkshake duck moment, no matter how public, has many meaningful consequences. While the internet revels in tasks like identifying racists and getting them fired, it can struggle with milkshake ducks that may not have neat, tidy stories or clear paths towards consequences.

In a world that has cultivated exploitative media that rely on similar tactics—if it bleeds, it leads—it’s perhaps not surprising that the only way people can make the terrible parts of humanity compelling is by turning them into entertainment.

If Karp worked for a specific company, this incident might be the first step on the path to a firing under public pressure and a temporary fall from grace. But he doesn’t. Instead, he’s an author, podcaster, and comedian who freelances, moving fluidly from contract job to contract job, and the accusations being discussed likely won’t plague him. Comedy clubs and podcasts aren’t exactly known for their thoughtful vetting of would-be bookings. Across the entertainment industry, abusive men thrive precisely because they’re able to drift between projects and cultivate relationships with other powerful men—men who keep hiring them despite their history. After all, Woody Allen is still allowed to make movies. Similarly, while the relationship John Roderick—a.k.a. “Bean Dad”—had with the popular podcast My Brother, My Brother, and Me may be terminated, he’s unlikely to be hurting for work. Plenty of people will continue to work with him because they haven’t heard, don’t care, or attribute the revelations about his character to “just a Twitter thing” without real-world implications.

Indeed, in the “cancel culture” era, some employers may view a Twitter controversy as a selling point rather than a drawback. On the right, seeing people held accountable for their actions has created a backlash that treats people like Roderick as victims, holding them in nearly as high regard as AR15s. Some might argue that the public scrutiny experienced by main characters is disproportionate to their status as public figures; many are simply ordinary people, not celebrities asking for attention. When that scrutiny boils over into harassment and abuse, it’s certainly unwarranted, but the same could be said of celebrities. When Chrissy Teigen was bullied off Twitter, she didn’t deserve it simply because of her celebrity status. In fact, the milkshake ducking of these characters could reflect a strange and appropriate sense of justice: No matter how ordinary a person, they shouldn’t be exempt from accountability for their actions.

The internet expects the milkshake duck. To a certain extent, it craves it, looking forward to saying “this is why we can’t have nice things” or “curse your sudden but inevitable betrayal.” But it fails to distinguish between a figure of fun and entertainment like a joke tweet or a poorly-worded brand promotion and real lives with much higher stakes, repeating the sins of the world at large as it turns personal suffering into entertainment. In a world that has cultivated exploitative media that rely on similar tactics—if it bleeds, it leads—it’s perhaps not surprising that the only way people can make the terrible parts of humanity compelling is by turning them into entertainment. Yet, while people may swap links to revelatory tweets in Slack, that’s often where the story ends; the voice of a victim gets drowned out in the timeline, and everything resumes as before, with no meaningful change in sight. 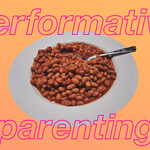 by Rachel Charlene Lewis
From Facebook to Twitter and beyond, parents dunk on their own children online.