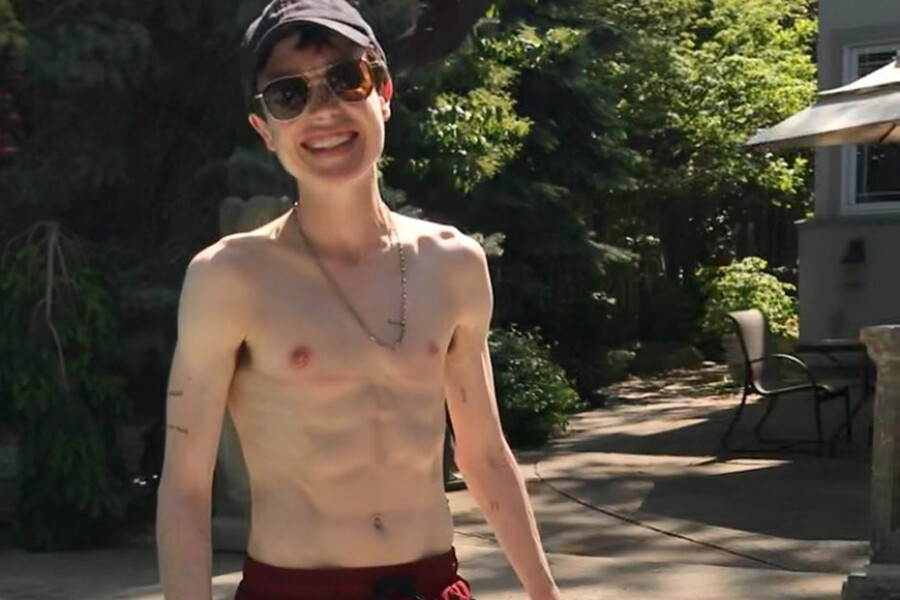 Elliot Page broke the internet on May 24 with a candid Instagram photo that shows him shirtless and grinning in the warm sun—almost as if they’re a cat basking in the sun. The photo conveys simple and pure trans joy; they’re just a man enjoying the sun and a pool. But, of course, cis people had to make it weird. Driven by an impulse to say something, most settled for commenting on Page’s abs, creating a media frenzy over the fact that a Hollywood actor works out. “ELLIOTT PAGE’S ABS!!!!!!” commented one tweeter. “Pls send help,” said another. He could “beat all of us up,” someone said, enthusiastically. The commenters were cis and trans alike, but remarks from cis people carried a particularly loaded message: You’re doing it; you look like a real man!

Cis people, especially those in progressive circles, are often keen to prove they’re not transphobic: They’re one of the good ones, they’re down with trans people, and they’re hip to the scene. That nervous behavior is often motivated by a desire to be affirming and supportive. But it can inadvertently reinforce transphobia by making invasive, over the top, and objectifying comments that attempt to illustrate how comfortable the speaker is with the existence of trans and other non-normative bodies. It’s similar to people swooning over fat model Tess Holliday—a very attractive woman with a sharp sense of style—when they’d likely shuffle away from a woman of the same weight who didn’t have Holliday’s glamorous look or hearing people talk excitedly about the hue of Lupita Nyong’o’s skin while still clutching their purses when a Black man sits next to them on the subway.

Consequently, trans people and others living in non-normative bodies have become accustomed to being objects of public consumption, so they’re careful about how they share themselves with the world, weighing every joyous selfie or portrait photo against the potential response. Page, who came out in December 2020 and has just started doing interviews again, is still exploring transness and his own body. Photos like the one they posted on Instagram reflect a huge life change happening in real time, but they’re faced with the additional burden of being a celebrity who’s expected to serve as a signpost of transness. When Page appears in interviews, he carries that weight. When Page’s body appears in public, it also carries that weight. Or it doesn’t, in this case: Page is slender and muscular, with barely visible top surgery scars (the “forget the abs, who’s his surgeon?” sentiment appeared).  His abs reflect masculine ideals of beauty, and their appearance helps Page “pass” in a way that not all transmasculine people can or want to.

Page is clearly approaching a body he wants and is happy with, a marked shift away from the way they’ve felt for most of his life, which is something to be celebrated. The people aggressively praising Page’s body rather than his radiant happiness may think they’re affirming him, but in the process, they’re unwittingly telling other transmasculine people that their bodies need to look a particular way to be worthy. The tendency to evaluate trans bodies in terms of whether they “pass” (or assimilate) is a longstanding issue, and it’s especially fraught with fawning over trans celebrities who have access to resources that most trans people do not. In 2014, actor Laverne Cox appeared on an iconic cover of Time, with athlete Caitlyn Jenner appearing on Vanity Fair just a year later. Though Cox celebrated Jenner’s cover, she also offered a note of caution on Tumblr,  writing about the discomfort she feels when she’s called drop dead gorgeous: “In certain lighting, at certain angles, I am able to embody certain cisnormative beauty standards,” she wrote. “Now, there are many trans folks because of genetics and/or lack of material access who will never be able to embody these standards. More importantly many trans folks don’t want to embody them and we shouldn’t have to to be seen as ourselves and respected as ourselves.”

The people aggressively praising Elliot Page’s body rather than his radiant happiness may think they’re affirming him, but in the process, they’re unwittingly telling other transmasculine people that their bodies need to look a particular way to be worthy.

There are many things to celebrate about Page’s photo. They appear to be at ease and comfortable with their body and the life he’s living. He’s celebrating an important moment in their life, the kind of transition landmark that might seem small or unimportant to outsiders: being able to wear swim trunks, and just trunks, for the first time, not having to hide their chest or slink around on a beautiful day in a thick hoodie and artfully draped layers of clothing. There is a sense of relief in the image, a stunned realization that this is really happening and things are looking up. As Oprah Winfrey put it, Page will be “shining brighter than the sun this summer.” #TransJoy indeed. And, of course, there are things to talk about. Page, thanks to his privilege, was able to access the gender-affirming care they needed in a timely manner. Though he hasn’t spoken in detail about their care (nor is there any obligation to do so), he was also more likely to experience the respectful, comprehensive, supportive treatment he and all trans people deserve, thanks to his status.

Page is also the kind of person who has some genetic as well as socioeconomic advantages that materially affected the progress and outcome of his transition. This is something they have been very open about, including in his Time cover interview, in which they also noted that not all trans people need surgery, while others may have trouble accessing it. Page didn’t ask for any of these advantages, but they must be acknowledged when the conversation about him focuses on their body and “successful” transition because not everyone has an outcome that is rewarding and happy for them—regardless of how much that outcome bends to cultural expectations about their bodies. Page also didn’t ask for the burden of becoming a face of the trans community, nor is he attempting to take on that mantle, and this must be acknowledged as well: It’s unjust to hang all our expectations of transness on a handful of people, especially people who are still figuring themselves out in a very public space.

In their coming out note on Instagram, he noted that “despite feeling profoundly happy right now and knowing how much privilege I carry, I am also scared. I’m scared of the invasiveness.” One consequence of being a well-known trans person is that he becomes both a ready target for harassment and abuse and also an aspirational figure for trans people of all ages to look to—and navigating these dichotomies is incredibly challenging. Page has also chosen to actively participate in trans advocacy, speaking out against the wave of transphobic legislation sweeping the United States, which exposes him to more abuse. Like other prominent marginalized people, their very existence is enough to elicit cruelty. Page wasn’t wrong to post a celebratory image, but the response to it shows that many cis people have a long way to go when it comes to thinking critically about talking about trans people and their bodies. We know it’s possible. After all, Winfrey stuck the landing flawlessly.

Read this Next: Love Is the Message 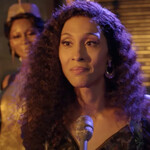 by Vanessa Clark
We’ve cried with them and mourned for them, but the third and final season of “Pose” gives us reasons to smile for them.