Teen Girls Shouldn’t Have to Fix Our Country 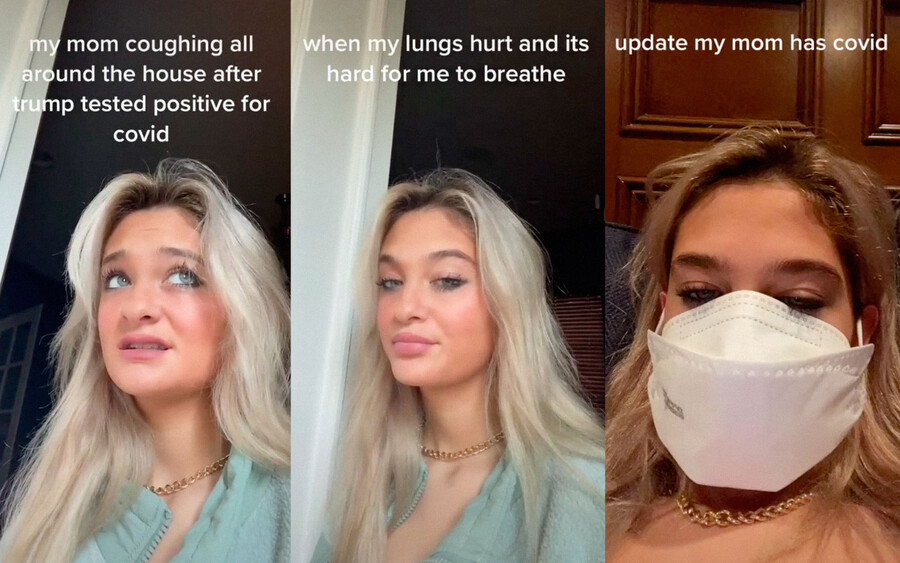 We all know the phrase “Gen Z will save us.” But what happens when we actually expect them to? On August 6, Claudia Conway posted a TikTok that read, “You think you can hurt my feelings? Lol my mom is Kellyanne Conway.” The daughter of Donald Trump’s former White House advisor, 15-year-old Conway wasn’t always political: In 2016, at age 11, she posted the same sped-up dancing videos as the rest of her peers. Conway disappeared from the platform for a couple of years, reappearing in 2019 with videos that, at first, were similarly fun and silly. But as TikTok users realized who she was—and, more to the point, who her mother was—Conway’s tone changed: She began using her platform to organize her followers and to respond to the #SaveClaudia2020 videos her followers tagged her in, worried about how she was doing with Kellyanne as a mother. Her parents’ relationship, in a word, is bizarre: Her father, George Conway, is one of the founders of The Lincoln Project, a conservative anti-Trump organization, whereas her mother is an undeniable, practicing Trump supporter.

It would be a difficult dynamic for any teenager to deal with, and it’s one made more difficult by the fact that each figure is so public-facing. In July, her parents forced her to suspend her social-media accounts; that same month, both senior Conways tweeted that they did not consent to journalists speaking with her, and that media should “desist.” In August, Claudia tweeted that she was seeking to be emancipated “because of years of childhood trauma and abuse.” In the last two months, Conway has apparently regained control of her accounts and now uses them, with increasing frequency, to call out her mother. The tipping point came last week, when Donald Trump tested positive for COVID-19, followed in quick succession by a number of aides, staffers, and fellow Republicans—including Kellyanne Conway. The White House propaganda machine roared into high gear to spread misinformation and outright lies, both to mask the president’s appearance of weakness and to minimize coverage of the recent Rose Garden nomination of Amy Coney Barrett as a superspreader event.

The absence of full disclosure from the Trump administration and its medical professionals has increasingly required us to rely on insiders for up-to-the-minute information and truth-telling, and Claudia Conway is our perfect mole—rebellious, liberal, and extremely good at social media. In the last week, she’s used TikTok in the service of truth telling: First, with a video that reads, “my mom coughing all around the house after trump tested positive for covid” over a sound that says, “that’s suspicious.” Shortly after that, she posted wearing a mask: “update, my mom has covid.” On Sunday, she posted, “hey guys currently dying of covid!” and explained in the comments, “my mom has no symptoms yet i literally feel like HELL. please manifest my recovery.” Media outlets have quickly transformed her into a heroine, hailed by the likes of Vulture, Jezebel, and Elle as our savior in a time of lies, an expert troll, and the “whistleblower of our time.” But the story of Claudia Conway isn’t one we should be excited about and proud of. It’s one that should break our hearts.

At only 15-years-old, she’s under a sudden, immense pressure to work on a nation’s behalf—less a human teenager than a desperately needed conduit to information. Conway has been willing to give us the inside scoop that the Trump administration won’t; but that doesn’t mean she owes it to us, or that we should be willing to demand or badger or shame her to get it. “this is becoming way too much so i am taking a mental health break from social media. see y’all soon,” she tweeted in late August. “thank you for the love and support. no hate to my parents please.” She ended the tweet with a heart. Conway is far from the only teen girl in recent memory to be lauded as an activist for taking on work that’s often abdicated by their elders. For a culture that loves to demonize, dehumanize, hypersexualize, and criticize teen girls, we happily take a “not like other girls” approach and make heroines out of the ones who we find useful.

Take Emma González: In 2018, the then–high-school senior was one of the survivors of the Parkland, Florida, shooting at Marjory Stoneman Douglas High School. In the days following the horrific event, González’s clear, angry speech at a gun-control rally launched her into the spotlight, and she quickly became a sought-after speaker. She cofounded #NeverAgain, a movement for gun control; made Time magazine’s 100 Most Influential People of 2018; was interviewed by Ellen DeGeneres; and she and other survivors spoke with legislators about gun control bills. She was a traumatized 18-year-old who needed to grieve and was called to do so in public because people would listen. As a nation reeling from worsening gun violence, we benefited from González’s willingness to fill that gap. But did she?

For a culture that loves to demonize, dehumanize, hypersexualize, and criticize teen girls, we happily take a “not like other girls” approach and make heroines out of the ones who we find useful.

Greta Thunberg, meanwhile, was 16 when she spoke at 2019’s UN Global Climate Action Summit in New York and quickly went viral. Thunberg was 15 when her climate activism in her native Sweden brought her to national attention; a year later, she became Time magazine’s 2019 Person of the Year. She was nominated twice for the Nobel Peace Prize. But her speech put both her age and her burden in perspective as she addressed the adults in the room: “You have stolen my dreams and my childhood with your empty words.” In the two years since she and a group of fellow teens began a series of school strikes to protest climate inaction, not much has changed. The “hero” label bestowed on Thunberg has been mostly symbolic; and in August 2020, along with youth climate activists Luisa Neubauer, Anuna De Wever, and Adélaïde Charlier, Thunberg wrote an opinion piece for the Guardian noting the lack of material impact, explaining, “We have lost another two crucial years to political inaction.”

Teen girls are powerful. They lead marches and organize, they fight against racism, and they’re finding ways to maintain their commitment to activism even as they navigate a pandemic, a stress-inducing election, and the challenges of remote schooling. But it’s not their job to fix the destruction of a world they have barely had a chance to experience. We shouldn’t be making demands of Claudia Conway, especially if they aren’t demands we’ve even made of ourselves. At 15, I was reading Twilight, studying for classes, and taking selfies with my best friends in department stores. My understanding of the world was limited, and my scope of responsibility even more so. The weight of political corruption and inaction didn’t rest on my shoulders, and it shouldn’t have. But for Conway, and for the teen girls like her, that weight grows the more that politics spirals, and the more that we ask of them. At a certain point, we have to ask whether or not that ask is fair.

Read this Next: Too Great to Ignore 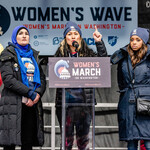 by Rachel Charlene Lewis
Across social media, those with high followings have activism mapped onto them.