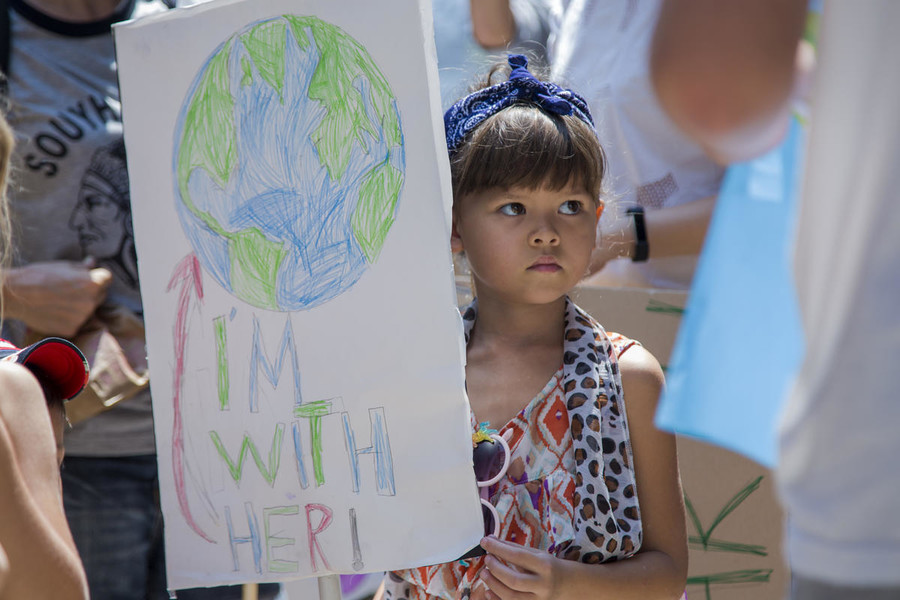 With the continual destruction of the environment, many young adults are dealing with complicated feelings of dread and angst. Generation Z (those born in the late 1990s and early 2000s) are faced with a fraught future: The so-called Zoomers have spent much of life connected to an advanced wealth of global knowledge and digital communication, and appear uniquely-splintered, as they’re both ironically detached and fiercely impassioned. Born into a landscape of climate denial and ecological exploitation, this generation is now tasked with mobilizing against the destruction of life caused by the ones who preceded them. It’s a burden that is more than just thankless.

The young people doing this work are also fighting against the demonization of their activism: They are labeled “climate agitators” and called “authoritarian, arrogant, and dangerous.” Alongside standard adolescent anxieties, Gen Z is increasingly facing mental-health challenges that derive both from the looming reality of climate change, and its fallout. “A lot of people do have climate depression. I have that a lot of the time; I often feel like a lot of the work that I’m doing won’t work out,” says Tyler, a Maryland high-school student who participated in recent Climate Strike demonstrations. The phenomenon he references—“climate grief ”—has been written about quite extensively as of late.

It was identified in 2018, after the United Nations Intergovernmental Panel on Climate Change (IPCC) released a sobering report estimating that humans have barely a decade to curtail the disaster of climate change; there were multiple articles discussing climate grief and its impact in the report’s wake. The phenomenon of climate depression is rooted in the anxiety, distress, and related internal battles that have accompanied the increasing visibility of climate science and information. Given their awareness of the world dissolving around them, it’s hard for young people who care about the planet and their future on it not to struggle with their mental health.

In March 2017, the American Psychological Association released a collaborative review of the findings of years of studies on the impact of climate change on mental health. In it, the term “ecoanxiety” (“worrying about the future for oneself, children, and later generations”) is identified as a source of stress that results from as relating to seeing the outwardly-inevitable repercussions of climate change play out in daily life. Being confronted with images of dying coral reefs or rainforests ablaze can throw pre-existing struggles with psychological illness and related upheaval into a new realm of emotional calamity. But though the existence of climate grief has been documented, older generations regularly mock and disregard Gen Z’s struggles with mental health.

As with the assertion that today’s youth are obsessed with gender identity and woke cultural signifiers, Gen Z is painted as oversensitive to mental problems; but rather than taking this issue seriously, older onlookers blame Gen Z’s concerns for their mental health on things like the increase in student accommodations in classrooms or parental psychiatrizing—anything but the collapsing of the environment and their resulting concern. These sentiments clash with the simple fact that Gen Z is disappointed in how their predecessors handled the environment, and over the often-lackluster response to both environmentally-influenced stressors like climate grief and mental health challenges in general. For many zoomers, climate change is everything, but for those who judge them, they’re just being dramatic.

“A lot of mental-health outreach toward our generation has been very superficial,” Tyler claims. “It’s very, like, ‘We’re reaching out to you because I guess you’re dealing with a lot right now,’ and it’s condescending.” Zoomers haven’t exactly engaged much with the stale peer-pressure presentations, mood-enhancement programs, and messages of so-called care for wellness that older generations have offered them. This is supported by a decent amount of anecdotal evidence that suggests in-school counselors can be out-of-touch, and that assemblies can lack relevant information. Many adolescents find it hard to connect with mental health programming that wasn’t thoughtfully made with their needs in mind, and that replicates what previous generations had access to (i.e., poorly-resourced faculty trainings, boring PSAs, and few reliable tools for students in need).

“It’s a very boomer way of looking at it all, and I think they’re not willing to necessarily address that they’ve kinda given us a shit sandwich to eat,” Tyler says. “It’s like ‘why are you sad about having to eat this shit sandwich?’…they recognize the symptoms, but not the disease.” Take Greta Thunberg’s instantly iconic speech at September’s UN Climate Action Summit. The 16-year-old activist expressed her dismay at the theft of her childhood and dreams, explicitly lashing back at the failures of the powerful to secure her generation’s future: “You all come to us young people for hope—how dare you?” Historically, it’s been the job of adults to ensure a life for the young to grow into; after all, they have the power and the resources. But in the case of climate change, adults who have deliberately dismissed climate change now task the young (particularly young women and marginalized youth) to fix a problem they didn’t create and inspire their elders in the process.

Climate change is terrifying. So is the willful ignorance of adults.

Across mainstream media, Thunberg was promptly scorned as a grouchy little girl being puppeted by left-wing parents and, naturally, George Soros. Her Asperger syndrome was a major point of attack, with podcaster Michael Knowles dismissively calling her a “mentally ill Swedish child” (words that a spokesperson for the podcast network later apologized for). Knowles also referred to the climate-justice movement as “the climate-hysteria movement,” phrasing that’s not his creation, but a disparaging term that’s been used frequently by the likes of The Federalist, Mark Mathis’s “Clear Energy Alliance,” Ricochet, and a number of other outlets. Anger, fear, and moodiness, especially in women, has long been attributed to “hysteria” and other mental illness as a means of undercutting and silencing undesirable opinions or power grabs.

Repurposing the concept to insult the climate movement is, in part, a predictable misogynist maneuver to discredit global efforts led by young women such as Thunberg, Artemisa Xakriabá, Eryn Wise, and many others. Their critics make emotionally-charged concern for the planet look mentally-unhealthy. It is within this context that adolescents are becoming more and more cynical, often compensating by using humor laced with depressed and anxious themes. When I asked Tyler if he thought that this type of wryly sincere expression was a coping mechanism, emblematic of affronts to the mental well-being of his generation, he agreed—but also insisted on another form of emotional nourishment.

“I’m encouraged a lot of the time,” Tyler says. “While I do feel like the world’s about to light up in a ball of fire, I do see a lot of people coming up and creating movements. Like Greta Thunberg and the indigenous activists working to stop pipelines. You see a lot of energy coming around this issue, which hasn’t always been there. That’s hopeful.” Climate change is terrifying. So is the willful ignorance of adults. The combination can result in young people questioning their sanity and understanding of what’s happening right in front of them. This lack of self-trust can lead to further destabilization. Breitbart tried to portray billionaire George Soros as a key orchestrator of the Climate Strike movement, and Knowles suggested that Thunberg was being “exploited by her parents and by the international left.”

By implying or explicitly claiming that teen environmental activists are not demonstrating because they desire change, but under the management of others, these figures belittle an entire generation of ardent advocates of sustainability and ecological well-being. Given this line of attack toward politically motivated youth, it’s a given that many Zoomers will struggle with feelings of insignificance and insecurity. Imagine being young, seeing the world you’ll soon inherit being willfully destroyed, and knowing that the work of your generation to fix decades worth of problems will be minimized by the powerful and likened to insanity. Any earnest expression of dread, indignation, or sorrow is being twisted and portrayed as juvenile and unbecoming of a healthy citizen. While activism isn’t sufficient self-care for everyone, it’s unsurprising that so many Zoomers are choosing to engage with climate change as a cause, and it’s heartening to see so many driven young adults demanding justice, security, and a future worth believing in—and making it to.

Read this Next: The Good Fight 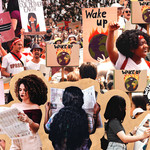 by Mara Dolan
Younger women are at the forefront of the climate change conversation. 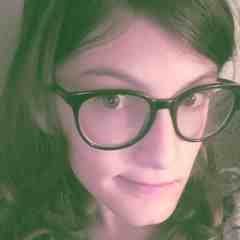 Evelyn Kronfeld is a freelance journalist from Maryland. She writes about gender, culture, anarchy, mental health, queerness, media, and community, among other things. Her work can be found at evkronf.net, and she tweets from @EHKronf.