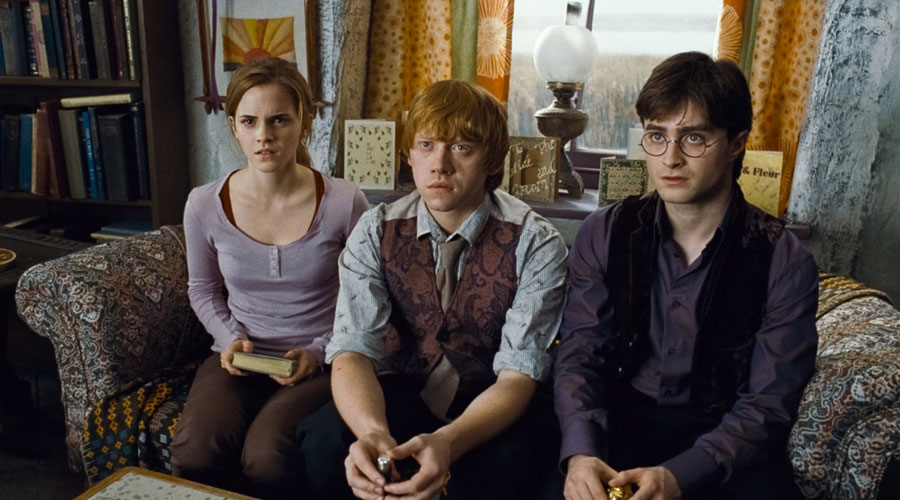 Even among those who consider themselves progressive, there’s a persistent belief that ignoring difference is the path to equality. By pretending we “don’t see color” or behaving as though homophobia is over because of marriage equality, we absolve ourselves of responsibility while perpetuating white supremacy, heterosexism, and other systems of oppression. Nationalism, specifically the prominence of mentalities like “America First,” is founded on the idea that America, Britain, or other world powers look one way: white.

As issues of nationalism and xenophobia have dominated recent elections, the Harry Potter series—which celebrated its 20th anniversary this past summer—has emerged as a weirdly relevant analog. Author J.K. Rowling doesn’t fully flesh out the concept of the “blood purity” that defines both wizards and Muggles (humans without magical blood), but it offers numerous metaphors for the same white-supremacist concept.

The wizarding world has its own sociopolitical hierarchy, with purebloods (wizards born to two wizard parents) at the top, followed by half-bloods (wizards with one Muggle parent), Muggle-borns (wizards born to nonmagical parents who are occasionally referred to by the slur “mudblood”), and squibs (nonmagical people born to wizard parents). Muggles are below all of these. However, despite the breadth of the Potter empire, Rowling never dives into the biases inherent among wizards that make these distinctions necessary or examines the tendency to look the other way when oppression is happening under our noses.

In Rowling’s world, dark figures in wizarding history—most prominently Voldemort—have enforced this hierarchy to eradicate all Muggles and violently enforce the supremacy of pureblood wizards. The concept of blood purity comes from human attempts to categorize and marginalize people based on their color, ethnicity, and religion, but Rowling applies it to a predominately white, straight, cis world. That Rowling uses this analogy without referencing the history of humans of color who have borne such genocidal obsessions reinforces the hierarchy in which Voldemort believes so strongly: Muggles are not worth consideration. Muggles exist outside of the main story as “others”: sometimes as faceless victims of Voldemort’s violence, other times as necessary annoyances—like the campground manager who’s had memory-erasing spells cast on him so many times that he thinks it’s Christmas in the middle of summer—but never as three-dimensional characters.

Good wizards don’t hate Muggles, of course, but they don’t often go out of their way to humanize or help them, either. Wizarding England exists alongside and within Muggle England, but when Muggle lives are threatened, wizards prioritize the safety and self-preservation of their world over their fellow humans. As Voldemort and his squad of Death Eaters wreak havoc on Muggle society in Half-Blood Prince, wizards only approach the Muggle prime minister for help after a bridge collapse, two murders, a “hurricane,” and a failed attempt to mind control a politician—or, more accurately, when the threat to Muggles risks exposing the wizards themselves.

Even the Weasley family, deemed “blood traitors” by pureblood supremacists because of their sympathy for Muggles and Muggle-born wizards, are ashamed of their nonmagical relative, an accountant. Arthur Weasley’s fascination with Muggles is meant to be endearing, but even though he is interested in Muggles, there’s no deeper acknowledgement of their humanity; he seems mostly to marvel over their ability to do anything at all without magic. It’s an attempt to celebrate diversity without acknowledging a hierarchy, the same kind of attitude that allows privileged progressive people to insist they don’t see color or difference.

But the frustrating truth at the heart of the Harry Potter series is that wizards don’t see Muggles as equals. It’s easy to ignore Muggles because wizards have the ability to fully isolate themselves from Muggle society, just as white, straight, or cisgender people tend to look at themselves and their peers and proclaim that everything is fine, despite what might be happening outside of their own communities. The passive concern for Muggles echoes how those with privilege in the real world only care about oppression and violence when it happens to those considered peers. Few people seemed to talk about this during the peak of the series’ popularity, but the conversation has become more consistent as conversations about inequality, privilege, and partisan politics become more commonplace.

With so much of the series set at Hogwarts School of Witchcraft and Wizardry, it’s unsurprising that we meet few Muggles other than the Dursleys and Muggle-born wizards like Hermione. Instead, we see the feelings and assumptions wizards have about Muggles: There’s Harry’s personal hatred for the specific Muggles who’ve made his life unbearably hard; the curious fascination with Muggle ways; and the almost institutional hatred and sneering dismissal that’s a hallmark of pureblood supremacists like Draco and Lucius Malfoy.

When Voldemort takes control of Hogwarts, he spins wizards’ ignorance and lack of connection with Muggles into an avenue for propaganda, encouraging hatred among wizard youth. Under Voldemort, wizards are taught that Muggles are a vicious, stupid, animalistic threat to the wizard way of life that should be extinguished. In a clear reference to the education of Hitler Youth in Nazi Germany, Rowling is on the verge of making an excellent point: A lack of information is a breeding ground for lies and fearmongering. Yet the characters still seem to care more about how pureblood supremacy will affect the Muggle-borns at Hogwarts than the Muggles who don’t even know that they’re a target of a genocidal villain.

Rowling has long been criticized for the lack of diversity in the world she built, where characters like Dumbledore and Anthony Goldstein were only confirmed as gay or Jewish once the series was finished. Readers are expected to trust that diversity exists within the Harry Potter universe without evidence, allowing Rowling to coast by on assumptions without proof. These marginalized identities are ultimately just set dressing, curious bubbles of diversity in a sea of straight, Christian characters (the entire wizarding world seems to celebrate only Christmas). They’re there, but we never see how they are there. What does it mean to be gay or Jewish or Black in the wizarding world? Does it mean what it means in Britain, or does the wizarding world reserve all its prejudice for Muggles?

It’s easy to argue that these issues aren’t addressed because it makes for a better, more escapist fantasy, one that allows readers a break from our mundane lives. In embracing a fantasy so clearly steeped in white British imperialism, Rowling recreates those same prejudices in her work: That which isn’t “us” is bad, weird, or merely curious, not whole, rounded, lively, and human. When Rowling fails to explicitly include diversity on page or screen, it speaks to a deeper lack of connection with those that are “other” to Rowling herself.

Though Rowling has finished the main Harry Potter series, the homogenous wizarding world continues to have an impact on her work and those invested in it. When Noma Dumezweni, a Black woman, was cast as Hermione in the recent U.K. production of Harry Potter and the Cursed Child, it was “unbelievable” for many fans. Rowling’s screenplay depiction of 1920s Harlem in 2016’s Fantastic Beasts and Where to Find Them was devoid of Black people, but featured a Black-coded goblin, with motion capture by a Black woman, voiced by a white singer.

Harry Potter and wizard supremacy didn’t create nationalism. It didn’t vote for Brexit. It didn’t elect Trump. But it’s a symptom of a pervasive unwillingness to examine how we relate to others and a desire to protect nationalist ideas about purity and heritage at all costs. That it plays such a heavy and unquestioned role in Rowling’s series speaks not to the series contributing directly to real-world problems, but rather to how ingrained it is in our society that so many of us failed to notice.

Melissa Brinks is a freelance writer, editor, and podcaster. She coedits the WomenWriteAboutComics.com games section, talks about pop culture on her podcast, Fake Geek Girls, and tweets about werewolves at @MelissaBrinks.