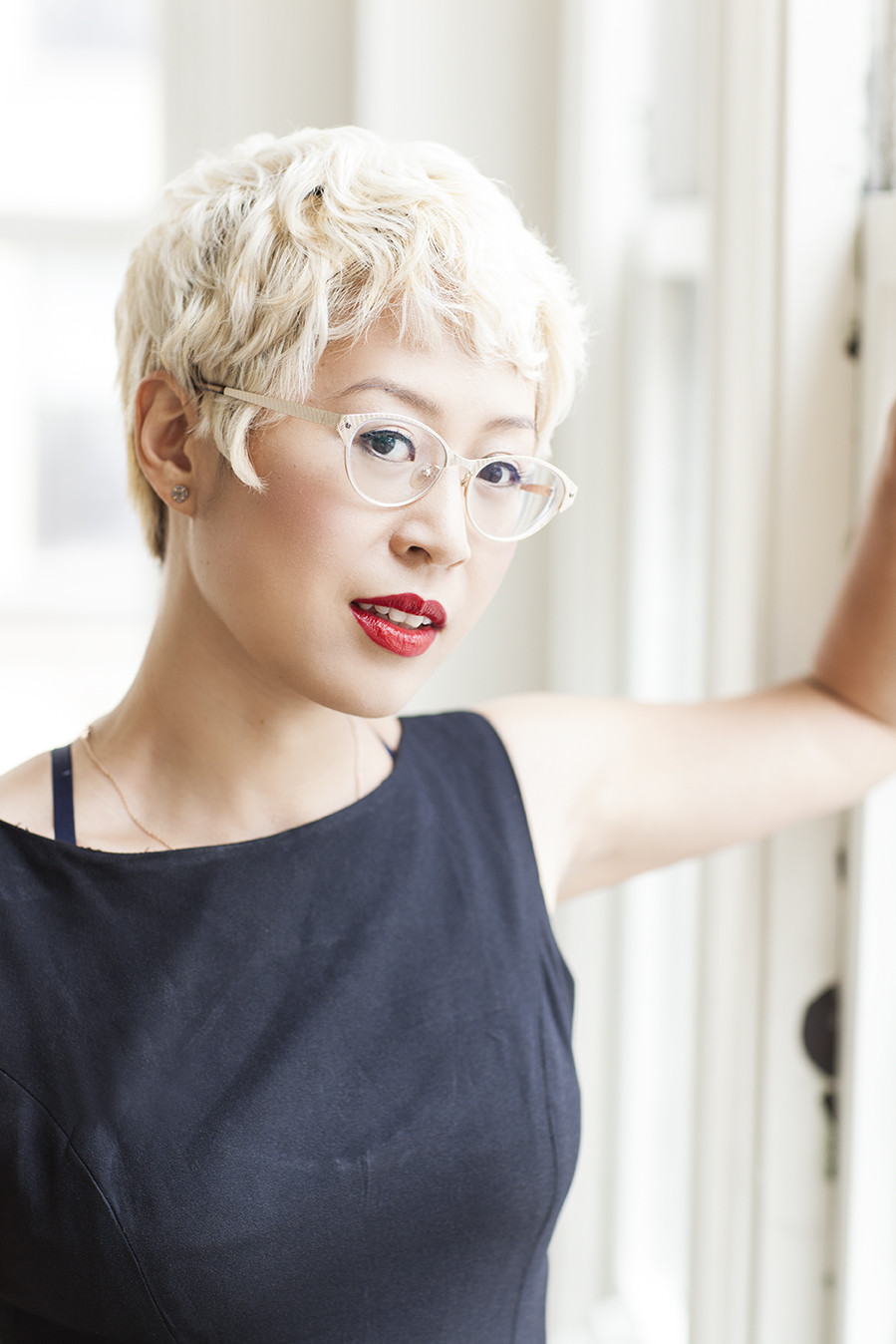 In her recent essay collection The Collected Schizophrenias, Esmé Weijun Wang describes the experience of psychosis as similar to searching for a buoy in a boundless ocean. “I have been psychically lost in a pitch-dark room,” she writes. “There is the ground, which may be nowhere other than immediately below my own numbed feet. Those foot-shaped anchors are the only trustworthy landmarks.”

In even the most confusing of mazes, there are often touchstones to be found if you look hard enough. But this Graywolf Press Nonfiction Prize-winning collection of essays hangs together by Wang’s comorbid diagnoses—which include schizoaffective disorder (bipolar type), PTSD, and chronic Lyme disease. Her intimate understanding of each, as both a patient and former Stanford researcher, makes it clear that solid touchstones are often hard to come by when it comes to chronic and mental illnesses.

As Wang illustrates over the course of the book, searching for an anchor is even more complex when wading through the sea of cultural baggage that accompanies highly stigmatized conditions like “the schizophrenias” (schizophrenia, schizotypal personality disorder, and schizoaffective disorder).

Rather than finding solid ground, Wang often has to find ways to live liminally or “between”: between reality and blurred reality, between physical and psychological explanations for her symptoms, between conventional and unconventional attitudes about mental illness, and between resignation and hope. Indeed, at its heart, The Collected Schizophrenias deals with liminality—the diagnoses, conditions, and lives that defy linear narratives, blur edges, and transgress boundaries.

Aware of the inherent politics of labels and the potential for error in any attempts to make meaning out of symptom clusters, Wang nevertheless finds “comfort in preexisting conditions.” She searches for a “framework—a community, a lineage” in the form of a diagnosis, consulting the Diagnostic and Statistical Manual of Mental Disorders (DSM), spiritual advisors, and medical providers of every stripe.

While diagnoses come with stigma, she reasons, they might also offer some relief. Yet, when Wang is diagnosed with the compounding conditions of PTSD and chronic Lyme disease, she has to navigate medical bureaucracies of Kafkaesque proportions and often leaves doctor’s appointments with more questions than answers. This frustrating inconclusivity is exacerbated by misconceptions about both chronic and mental illnesses, which are often regarded with skepticism and outright disdain, especially in women.

Wang responds to these misconceptions with her characteristic methodical and analytical approach, informed in part by her time as a lab manager at Stanford and a student at Yale and the University of Michigan. Accepting no single explanation as an “answer” to the perennial questions about schizophrenia, she takes what is useful, and tucks it away for safekeeping, treating each node in the sprawling constellation as something worth examining.

By exposing the ways in which she straddles or blurs lines, Wang ultimately pulls the curtain back on a medical system that doesn’t always have solid answers about mental and chronic illnesses. In doing so, she shows us the uneasy click-clack of the cogs and gears in the machine, revealing the ways that medicine sometimes helps and sometimes fails us. It’s an unsettling sight. 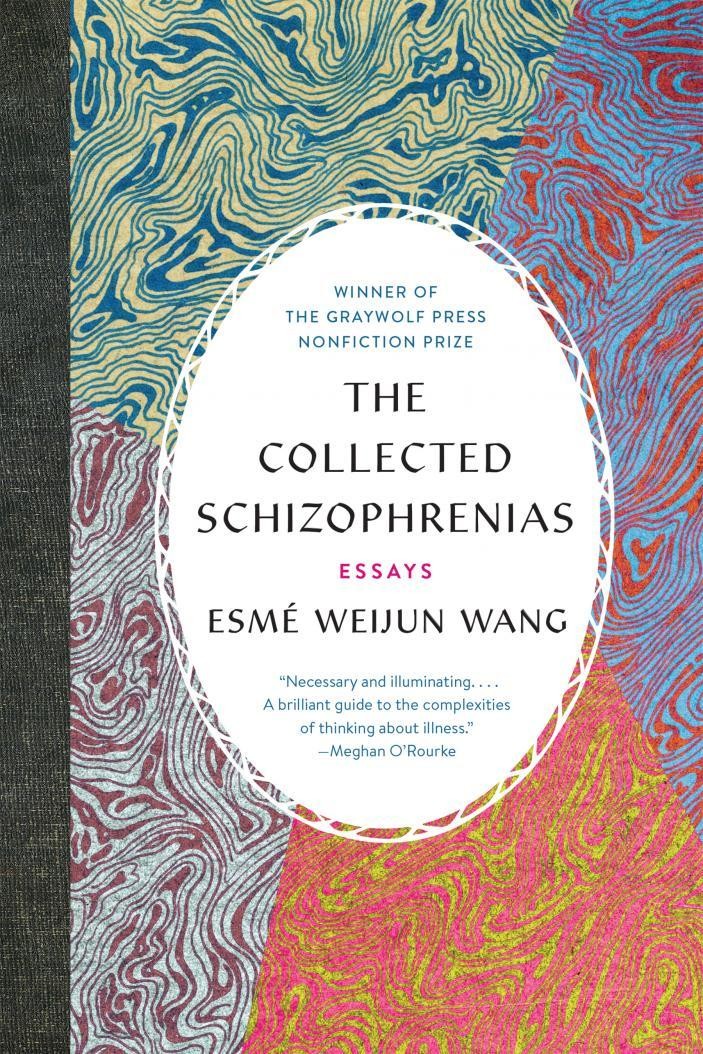 While Wang plumbs the annals of cultural and medical history for answers—combing through medical language, legal cases, and pop culture for clues—she often has only her suffering to ground her in the reality of her diagnoses. “I am aware of the implications of the word ‘afflicts,’ which supports a neurotypical bias,” she explains of her choice to describe herself as “suffering,” “but I also believe in the suffering of people diagnosed with the schizophrenias and our tormenting minds.”

Wang has been asked to accept a set of cultural signifiers about her own suffering that are heaped on us ad nauseum, forming a fractured picture of what the most stigmatized forms of mental and chronic illness are and what they mean. In The Collected Schizophrenias, she unpacks these signifiers as a means of both locating herself within and distancing herself from popular narratives about schizophrenia.

For instance, Wang recounts media representations of figures like Malcoum Tate—murdered by his sister and painted in the press as a dangerous “paranoid schizophrenic;” his death was described by the media as the end of his family’s “nightmare.” People with schizophrenia in pop culture, meanwhile—from One Flew Over the Cuckoo’s Nest to A Beautiful Mind—are almost uniformly presented as obnoxious exes or potentially violent perpetrators. And then there’s the trope of the “gifted” individual diagnosed with schizophrenia, who boasts shamanic abilities and otherworldly creative impulses, or whose psychic skin is simply too delicate and permeable for this world.

These representations, often mere caricatures or larger-than-life media sensationalism, come into sharper focus when witnessed through the eyes of someone who is directly implicated and even harmed by them. Juxtaposed with Wang’s essay about her decision not to have children, as described in “The Choice of Children,” or her navigation of psychiatric hospitalization in “On the Ward,” the edges of well-worn tropes about mental illness sharpen into knives that cut.

Hope itself is liminal, hovering somewhere between a curse and a gift.

Resisting the signifers that have been heaped on her, Wang instead often chooses her own, crafting a kaleidoscopic narrative that serves as a thread in the darkness and a way back to herself when she’s lost. In “High-Functioning,” she details the tangible symbols that mark her as different from the schizophrenics who populate our cultural imagination: her wedding ring from her husband of 16 years, her carefully chosen lipstick, her meticulous fashion choices, her small business, and her treatment plan.

The intensity of the stigma against “the schizophrenias” is so pervasive, Wang explains, that distancing tactics are practically a social imperative. She admits, “With these signifiers, I am trying to say that I am a wife, I am a good patient, I am an entrepreneur.” These possessions are all the more significant given that, during periods of involuntary hospitalization, Wang was forcibly deprived of them—and thus, in some ways, of the ability to shape her own story.

While many details of have been wrested from her control by physical and emotional pain, Wang writes nonetheless. Though The Collected Schizophrenias often examines chronic and mental illness, ableism, and mental health stigma in the same way that Wang describes diagnostic language—that is, by “shrinkwrap[ping] the bloody circumstance with objectivity”—there is a poignant undercurrent of hope in the power of narrative.

Hope itself, Wang suggests, is liminal, hovering somewhere between a curse and a gift. Though she probes the liminal—exploring spiritual healing, the other/underworld, and holistic therapies as well as the depths of her own mind—she chooses not to live there permanently. “I tell myself that if I must live with a slippery mind, I want to know how to tether it too,” she explains at the end of the collection.

There are no easy solutions to the problems Wang poses about the nature of mental illness and how it’s perceived medically and socially, but she has provided us with the truth of her own story. Her truth serves as something akin to the red ribbon she ties around her ankle as a way to stay connected when “a certain kind of psychic detachment occurs.” In turn, Wang asks us to feel our way into that discomfort for a time, poised above the web of uncertainty below—hovering in waiting, without a landmark. 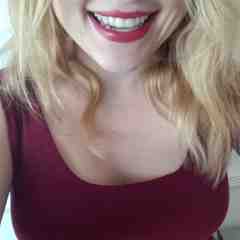 Laura Dorwart is a Ph.D. candidate at UCSD/UCI with bylines existing or forthcoming from VICE, SheKnows, AfterEllen, Catapult, Dilettante Army, and elsewhere. Follow her on Instagram at @girlreadsblog. Her blog, girlreads.com, is launching soon.