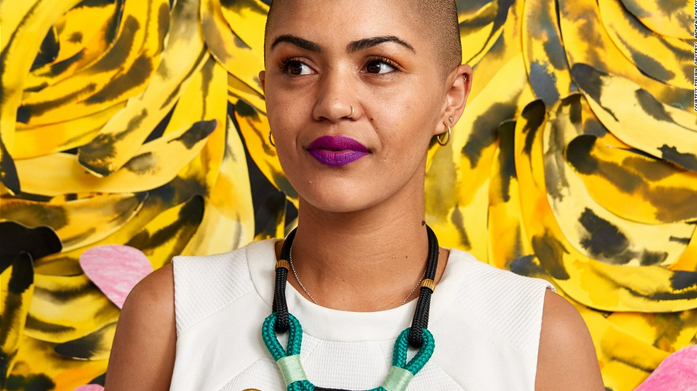 Artfully scattered all over the white, pristine walls of London’s Tyburn Gallery are provocative explosions of color.  In simple frames that barely contain their bright contents, paintings of luscious fruit hang enticingly on the art gallery’s walls. At first glance, the artworks made by South African visual artist Lady Skollie are bright, playful and fun. Ripe, open papayas and impressively large bananas form suggestive patterns that wink at the sexual with a mischievous eye. But on a closer look, Lady Skollie’s cleverly titled pieces not only celebrate sex, but also boldly interrogate the power structures inherent in the politics of sexuality.

Born Laura Windvogel, the 29-year old Johannesburg-based artist primarily works with watercolor, crayon, and ink. She is also well-known for her hilariously candid podcast, KISS & TELL with Lady Skollie, in which she tackles love, sex, and relationships with intelligence, honesty, and a salacious sense of humour.

Her persona perfectly reflects her impact on the often imperviously white art world. The word “skollie” can be loosely translated as “troublemaker,” a term most commonly used to describe rebellious and troublesome young men. By adding “Lady”—a word with a loaded history in South Africa due to its near-exclusive association with white femininity—Lady Skollie’s name juxtaposes masculine and feminine elements while flipping race on its head.

Lady Skollie’s first international solo exhibition, “Lust Politics,” began at London’s Tyburn Gallery in January. The show seeks to trouble assumptions about desire and sex while exploring themes such as consent, the fetishization of Black bodies, sexual violence, gender roles, and the objectification of women. The largest painting on display in the “Lust Politics” exhibit is entitled Khoisan Kween Mother: It features a many-limbed feminine figure, resplendently colored in bright orange and black flecks, head framed with a halo, clothed in a skirt of yellow fruit. The painting was completed at the exhibition’s opening, directly in the presence of the audience. It references the Khoi and San people, group of indigenous Southern Africans later known as the Khoisan. 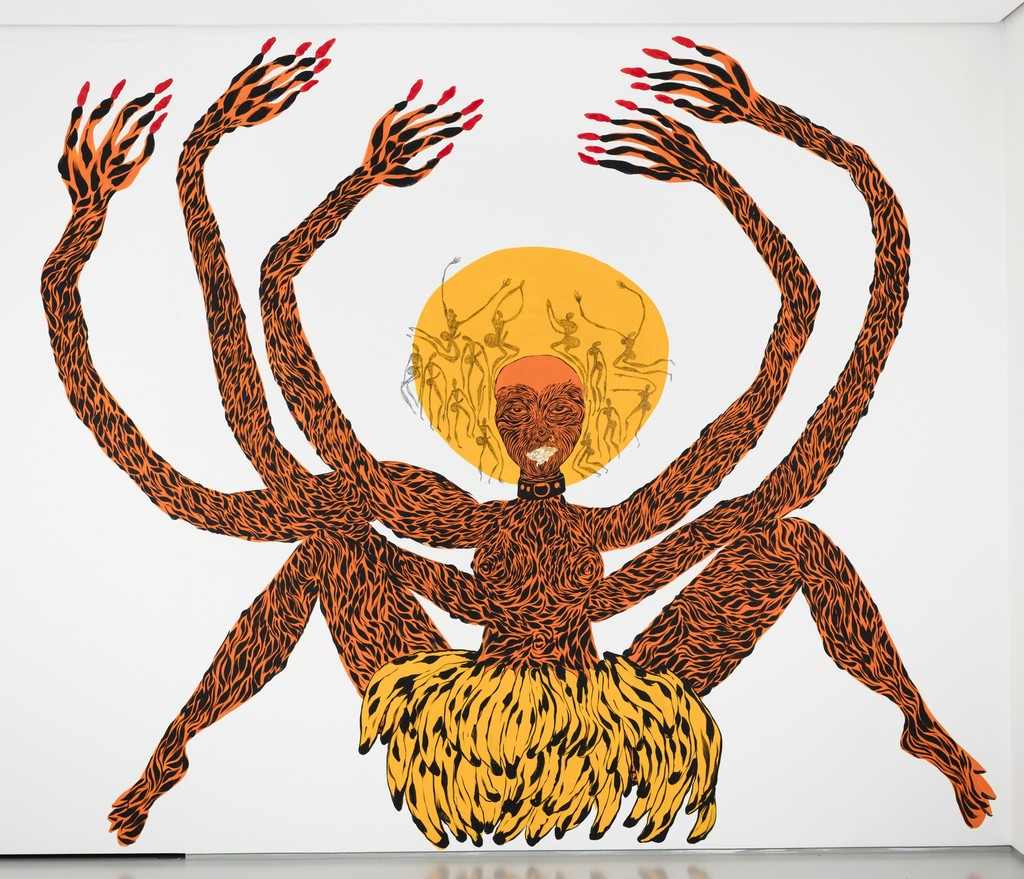 In a recent interview, Lady Skollie explained that she takes “huge inspiration from Khoisan drawings because of my own Khoisan culture—as a colored South African. In Khoisan culture it’s very scratchy and semiotic, which I like. You can add meaning to things without it having to look realistic.”

Another standout piece features a bushel of red apples, some sliced in half to reveal pink labia. The apples are claustrophobically enclosed by a collection of disembodied eyes. The artwork, entitled On the subject of consent ‘Don’t worry about it; around here RED MEANS GO!’, comments and seeks to intervene on rape culture in South Africa.

In an interview with OkayAfrica about her work, Lady Skollie explained that, “[T]he strangest thing about consent in [South Africa] is that it hardly exists; culturally, women do not have the agency to say yes, no, or please. We kind of just take what we get regardless of our input. I mean that sexually, emotionally, intellectually; our consent doesn’t really matter, so do what you want.”

As a statement on this culture of impunity, pieces like On the subject of consent are vital precisely because they challenge cultural norms and break a dangerous silence with razor-sharp criticism. In taking her unique form of art activism to the UK, Lady Skollie simultaneously challenges international misconceptions about sexuality in South Africa by showing audiences that women can speak about it with agency and wit, as well as an empathy that doesn’t demonize African sexuality. 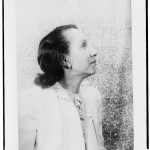 by Jordannah Elizabeth
Let's highlight Black women in music who don't get as much of the attention as they should.