Comedy is Great for Recovering Perfectionists 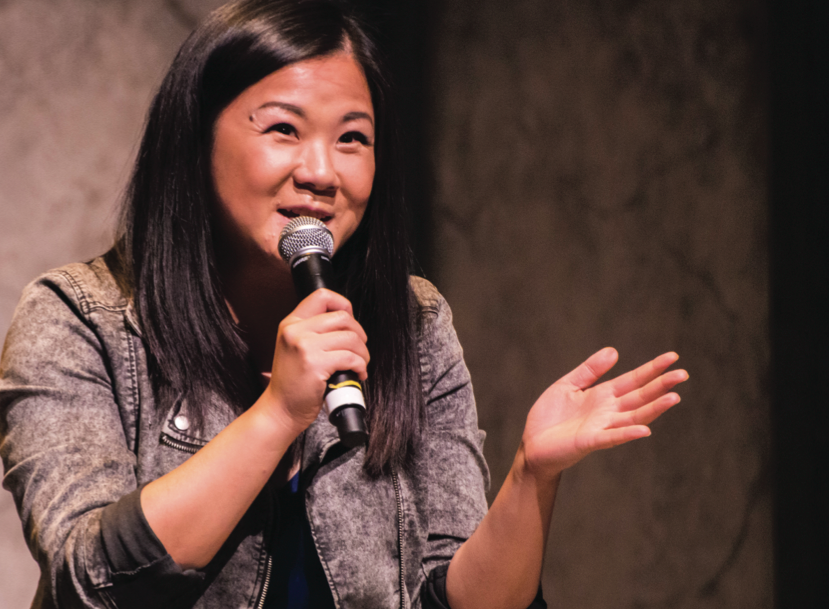 Good comedians make comedy look easy. They get up on stage in a room full of strangers hoping that their set will strike a chord, get some laughs, and it's a job well done. Though Jenny Yang is relatively new to the comedy scene, you wouldn't know it when you see her with a mic in her hand. Her comedy centers around her idenity and her career has been about making space for voices like her own with putting together showcases like the Comedy Comedy Festival. She also founded and hosts Dis/orient/ed Comedy, a (mostly) Asian American female comedy show. Recently, we sat down to talk about the role of fear and how it drove her jump into comedy without looking back.

You can listen to this interview on our “Fear” podcast or read the transcript below.

AMY LAM: Let's start off by talking about your background a little bit.

JENNY: I was born in Taiwan, moved to Los Angeles when I was little, and thought I was just gonna be some kind of young professional buying full price at Anthropologie. And I was doing that for a while. I love Anthropologie candles. They're like $100 each. But anyway, I did that for a little bit. I worked in a labor movement, I worked in politics, and then I decided life's too short. I need to go and be a comedian. That's the short version.

Was that a easy decision to make?

You know what? It was really tough because we're talking about fear. I think I get a lot of people's contact fear because they see that I'm doing a job that's not “traditional,” and they feel like they can confess to me all their fears around how much they either hate their job or they wish they were doing something more creative. I actually am around fear a lot, both in trying to perform regularly and trying to be a creative and trying to sell my ideas to the world—not literally exactly. I feel like managing fear and being a friend of your fear is a huge part of the work of being self-employed and entrepreneurial and a creative.

How does that play into being a stand-up comedian? Because you're getting up there by yourself. The spotlight's on you, and I feel like when you're onstage like that, you can barely see the audience because there's lights in your eye. And a lot of your comedy talks about your own background, your own identity, your ethnicity, and you're exposing yourself in so many ways.  When you first began, did fear play a big role into you coming into comedy, and what did you do with it? Did it help you?

I think what happened for me is the pressure to want something different in my life overwhelmed the fear that probably paralyzed me. It's not that fear goes away. People are always like “Oh my gosh! You're so brave! You're so brave to do stand-up comedy!” Like I'm fighting cancer or something. Really?

You're so brave? Is that what you say to comics? Come on. I feel like it's more that we are managing our fear. Fear doesn't go away, but we try to have the courage to overwhelm the fear with a desire to perform or create. For me it just came to a point where what I was doing in my career, which was like burning myself out to fight for social justice in this professional capacity. That was not rewarding me as much anymore. And I needed to find something to replace it, and honestly, the fear of not doing the thing that I know I could be capable of—that is, expressing my creativity—the fear of not doing that started to overwhelm me. I turned that into a motivation and a direction.

You used fear as your power source.

I did. This shit—We're gonna get martial arts on this shit, Amy.

Just because we're two Asians, we're gonna yin and yang on this. You gotta transform that fear like it's aikido. You hear what I'm saying? You gotta go defensive with the offensive. That's what's gonna happen. I quit my job because I knew I didn't want do that anymore, and I wanted to just take a break. I've been a recovering over-achiever. I've been with a briefcase and shoulder pads since fucking 5th grade. Just imagine little Jenny with bangs just killing it, right? Nonstop. Taking calls and taking meetings. Finally I said to myself, “I'm in my 20s. I'm gonna die….” And I don't wanna die doing this anymore. And I need to frickin' stop it. That was the first motivation. Let's stop this job that was burning me out, even though I still support the labor movement. And then I took a break. That literally was the first time I took a break, where I didn't have to do anything.

How old were you when this happened?

Mm, I don't know. It was like late 20s. I felt like I needed to take care of myself. I went to group therapy. I was like on my last dime, and I threw up a Hail Mary. I got a full-time job as an assistant, as one does in Los Angeles if you're not killing it as a self-employed creative. I got a job on Whitney on NBC, the second season, as an assistant to the producer. From there, I just was able to make contacts on that level but also continue to improve my stand-up and kind of build that hustle. And it was during that time three years ago that I was able to produce the first ever mostly-female Asian American comedy tour called Dis/orient/ed Comedy. It was like on the downtime of that full-time job that was paying for my bills that I was able to set up and create this new tour that actually ended up being one of the main ways that I could make a living and get a platform out there.

So you were talking about how, when you were a kid, you were a master over-achiever—

Ha, I was an under-achiever.

And student activities. That's where I channeled my creativity. Honestly, there was a joke that I tell about how if you really wanna understand who I am as a person, all you need is one fact, and it's that in my freshman year of high school, I rewrote a Snoop Dogg rap song for trigonometry class. It was for extra credit. I didn't even have to do it.

Do you remember any of the bars?

And then we cut it together as a video, like a compilation video that you sell on TV.

It was about the rapping function, tangents, cosines, like it's outta control.

I'm not even that much of a veteran in stand-up. I'm still considered a newbie in stand-up. And I've gotten amazing opportunities in just this short amount of time, but people think that I could give them advice. So sometimes people are like, “Oh, Jenny. So what's your advice for someone who's starting out in stand-up?” And it's like, “You just do it. That's all.” More than any other comedic format actually, from zero to doing it—is just doing it. There's no other thing. You just get up on stage, and you talk to people. Now, it doesn't guarantee that you're gonna have a joke, or that they'll laugh. But what it does is it gives you the muscle memory of how it feels to try to communicate an idea and to hear feedback around whether something hits as funny. 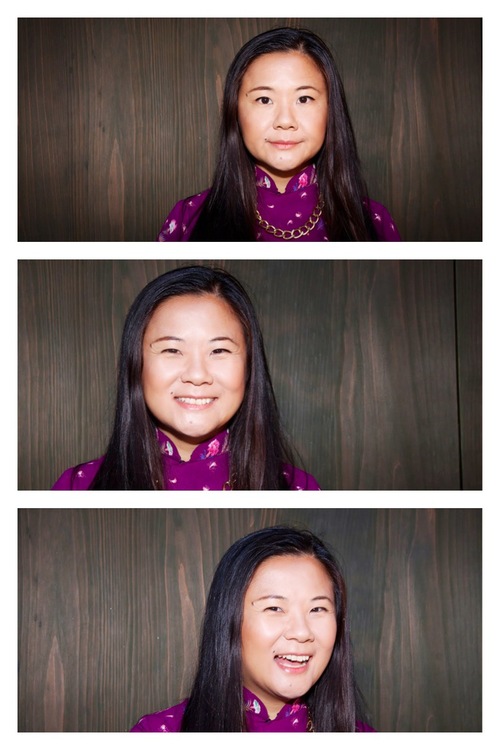 So it sounds like you're fearless in attacking the work of comedy, but I wonder if, in the sets that you do, are there any topics or subjects that you are afraid to talk about, or that's something doesn't work for you?

Oh, yeah. I definitely feel like I still have so much to grow in terms of talking about stuff publicly. This is ideally what I would love for myself to be able to do, which is to grow in my craft of being able to perform and tell jokes in such a way that I would feel very confident talking about topics that are very sensitive, whether that's very personal or it's politically charged. I'm dabbling with that right now, but I feel like with stand-up—with many crafts—you have this aspiration of being able to be brilliant at talking about something that might be really hard. And that's usually when it's great cuz people need to hear those things. But your skill level and craft needs to meet up to be able to handle that. Otherwise, you wanna talk about rape, sexism, gender issues, sexuality, usually those are tough issues for a reason. Anything that's taboo or that's tough to talk about in polite conversation, if a comic wants to talk about it, it's like handling radioactive energy. If you are not skilled enough to handle it, then you're gonna fucking die. You're gonna fuck it up for yourself, and people are gonna hate you. That's what's gonna happen.

I would like to get to a point where I can talk about the things that I share with the people closest to me, which is some weird kind of mesh of like personal growth self-help book arena, shame, and vulnerability, and about being an immigrant, and being a woman, and sexuality, and politics. Because that's what I talk about with my closest friends: how do we grow, how do we be aware, conscious people, how do we have an impact on the world, how do we confront our own personal fears about our own skills and abilities, how do we live a happy life, and how do we take care of ourselves, feel love? I want to talk about all of that onstage in a way that honors the authenticity of what I care about as well as entertain people and make people laugh.

This isn't about me!

We're gonna turn this back on you. Fuck this mess! Whatever, Bitch magazine.

Whatever! Imma fight the power right now! What are you afraid of, Amy Lam?

Well, I think my biggest fear is of failure, right? I mean, it seems like you—

Why you turning it back on me, Amy Lam?

That's my job! Otherwise, I'll fail at my job!

It is. Actually, part of what I've been doing with my friends who—I'm surrounded by an amazing community of creatives—even just to practice failing on something new. I ran a thing called Five Days of Fail, where I scheduled a Saturday where we have a mini-share session with friends of different formats and genres. Every day for five days, we committed doing one thing of a craft that we are doing or that we wanna try. And then every day, we submit it—they emailed it to me—and then I would post on my blog everyone's two sentences of how it went that day, just so that everyone has a level of accountability. After that Monday through Friday of submitting, on that Saturday, we do a little showcase with each other.For example, my friend Priska—Priska Musik—Priscilla, she wrote a song every day. Who does that? Well, she did it. She has a day job, but she wrote a song. Let's just make our goals to fail in a safe way cuz sometimes stakes feel so high. The hopes and dreams of our parents depend upon us—this is assuming you're an immigrant child—that we need safe places to play and to fail. 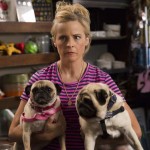 by Jess Kibler
The surreal show jokes about suicide and depression as a way to cope with their grim realities.