Performance AnxietyTrump and the Commodification of Dissent in the Tech Industry 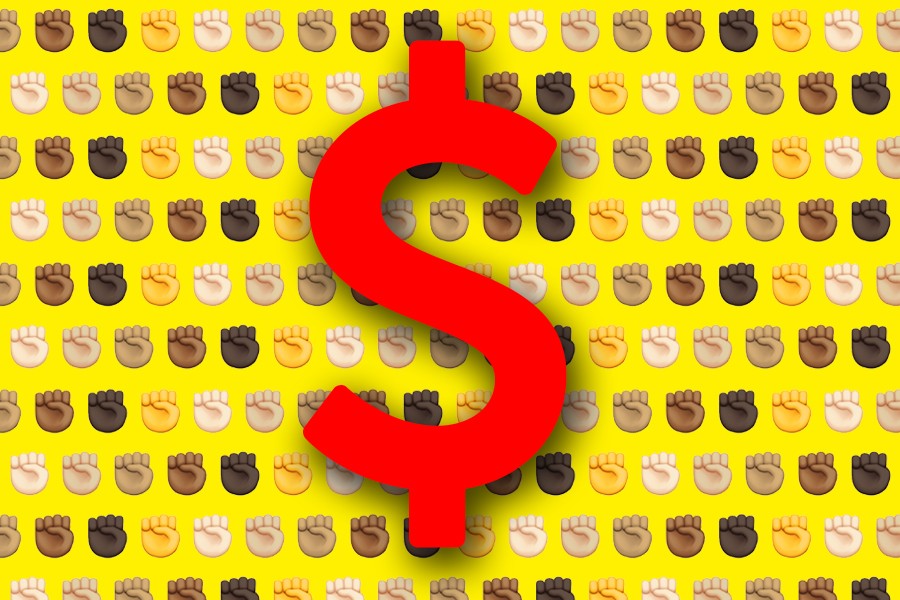 On Sunday night, almost 100 tech companies, including big names like Facebook, Apple, Google, Netflix, Github, Uber, Lyft, Dropbox, eBay, and numerous other companies delivering services you probably use and possibly chill to pretty regularly signed on to a lawsuit against the Trump Administration. This suit joins a blizzard of legal paperwork as multiple states and a veritable cornucopia of civil rights organizations challenge Trump’s immigration-related executive order barring entry from many majority-Muslim nations.

The executive order is super racist, extremely xenophobic, and blatantly Islamophobic, and it’s not surprising that any reasonable person would be opposed, and that many parties with vested interests are filing suit. In the case of the tech industry, this is just the latest performative dance of wokeness being presented to the general public: Look at us, caring about social issues and putting something on the line.

It sure does sound warm and fuzzy, right? Certainly many employees in the tech industry are turning out in force to resist Trump and/or say how proud they are of their employers for doing so. Amid harsh criticism, Travis Kalanick of Uber stepped down from Trump’s advisory council, showing that public pressure has resuts. But as we look at how the tech industry is responding to Trump, we need to have a moment of real talk, because it is important to remember two things:

If this sounds cynical, it should, because businesses are cynical. The commodification of resistance by savvy industries is not a new thing. The tech industry, which heavily banks on a millennial market, knows that “resisting Trump” is a smart brand strategy.

That doesn’t mean this isn’t also personal. Google’s Sergey Brin showed up at the spontaneous airport protests condemning Trump’s immigration order, for example, noting that he’s a refugee, too. Microsoft’s Satya Nadella wrote a sharp post about his experiences as an immigrant and CEO, echoing sentiments that would recur throughout the industry’s largely vaguely worded calls-to-action and condemnations of the administration.

But again, it’s also politically expedient. The tech industry is notorious for its abuse of H-1B visas, which are granted on a temporary basis to skilled workers when qualified Americans can’t be found. The industry takes advantage of loopholes in the H-1B system to bring in engineers and other personnel and dramatically underpay them, offering totally different systems of compensation and benefits to employees based on immigration status—often starting with hiring H-1B workers as contract laborers to wash their hands of labor abuses. Restrictions on immigration will hit the bottom line, so don’t think the heartfelt pledges of solidarity with immigrant workers are entirely selfless.

This performative swell of goodwill designed to appeal to liberal consumers has another convenient aspect: It covers a multitude of sins. Tech companies aiming for kudos in the race to defeat His Royal Orangeness are clearly hoping that by coming out strong against Trump in the beginning, they can distract from the social issues they’re creating or contributing to.

Uber, after all, got tremendously bad press for, in the eyes of critics, exploiting the taxi strike that occurred in New York during the airport protests. When the company’s CEO announced that he was cutting ties with Trump, the move was ostensibly meant to offset bad press—but it skated right over Uber’s systemic labor abuses and sexual assault problems.

Take Airbnb, for example, another signatory on the lawsuit against Trump—the company has been plagued with accusations of exacerbating housing crunches in places like San Francisco and New York City, leading a number of municipalities to pass “Airbnb Laws” explicitly targeting the problem.

Or Spokeo, a “people finder” service that is involved in gross violations of privacy and freely sells data to the highest bidder. (No, seriously, go look yourself up on Spokeo and find out how to get delisted.) Jeff Bezos of Amazon, which signed on to a separate suit, had no problem sitting at the table during Trump’s tech leadership meeting.

Y Combinator, another signatory, has been heavily criticized for allowing Peter Thiel, a notorious Trump-supporting billionaire who likes to bankroll lawsuits designed to suppress or close media outlets he doesn’t like, to remain on as a part-time partner, even in light of the ACLU’s partnership with the firm. The company has said it will firewall the ACLU’s work from Thiel, but is that sufficient? Thiel also remains partnered with Facebook (another signatory) in the name of “diversity.” TaskRabbit, meanwhile, is fueling the destructive and exploitative “gig economy” that makes it extremely difficult for young adults to survive in areas with skyrocketing costs of living, like the Bay Area. The same can be said of Instacart, Lyft, and DoorDash, also signatories to the suit.

Advertising “resistance” as a brand carries a number of advantages: Covering up PR problems, protecting access to talented immigrant workers, and yes, also genuinely wanting to do the right thing. Before we condemn tech companies out of hand for using politics for cynical gain, though, we should acknowledge that we’d be furious if they were standing by and doing nothing in the face of the Trump Administration, and we’re enraged at companies that appear to be ready to collaborate. Tech companies have to do something.

The bigger question here is: What’s the next something?

It’s great that many tech companies aren’t just issuing solidarity statements, but are also joining lawsuits to challenge the tech administration. This action is driven not just by practical business concerns and a desire for PR, but also by rebellion within tech companies. I hope that continues, but tech companies need to take the next step.

There are some concrete things that the industry could be doing to turn its performance into actual meaningful activism, starting with protecting user privacy, especially on platforms used for organizing and coordinating campaigns.

Already, Facebook and Google are being slapped with demands for private user data as the government pressures them to give up information about people involved in protests and community organizing. There’s nothing new about that, though it may be more visible now. Some tech companies have been transparent about how they handle these requests, but others haven’t been.

Should you trust your data with the tech industry? Probably not, because you won’t necessarily know when the government hands over a request for your information, nor will you know when a tech company happily gives it up. In 2012, Verizon and other cell providers gave up data on 1.1 million requests voluntarily. How many tech companies will opt for a similarly collaborationist response?

How many will hold a bulwark, refusing to turn data over? At what point will they buckle? When Apple and the FBI fought over the content of one of the San Bernardino shooters’ phones, it highlighted a power struggle that’s only going to get worse now that  Jeff Sessions has been confirmed as Attorney General.

How many tech companies have a clear action plan in place for how they respond to requests for user data, and how many communicate it clearly?

How many have considered how they might be exploited and used for surveillance?  How many have put measures in place to educate users about those risks and to mitigate them?

How many have a self-destruct option, allowing users to instantaneously and permanently purge their data, which would be useful when someone in line at immigration sees officers attempting to confiscate and search phones?

These are important questions to ask and tech companies need to be answering them. Developing a clear, industry-wide, uniform code of conduct would be a good start, though it would need to be backed by a third party auditor. Clearly advertising the privacy expectations and protections you have as a consumer is important, as is admitting when and how your data will be used by third parties.

Services like Signal, a free encrypted text and phone system, are also contributing net positives to the conversation. The need for encrypted communication is critical (seriously, get Signal, did I mention it’s free?) and the company’s commitment to providing the service and being transparent about user protections illustrates a better class of tech industry citizen, one that isn’t just capitalizing on rebellion, but enabling it.

The eternal “is there an app for that” conversation that prevails at almost any Silicon Valley bar or eatery could be feeding the revolution too. Technology provides a tremendous toolbox of exciting options for resistance, from the ACLU’s apps that allow people to record police to Sikhs for Justice’s FlyRights, which provides Sikh (and other) travelers with fast information on their rights and allows people to file complaints directly from their phones.

The tech industry is built for #PerformativeActivism, and it worships at the altar of the almighty dollar, not the feet of Lady Liberty. That doesn’t mean it can’t do some good along the way, if tech employees and the public are willing to push companies to turn commodified disruption and liberal defiance into something more concrete and meaningful.

Relevant: Who Disrupts the Disruptors? We Need to Change the Way We Talk About Innovation 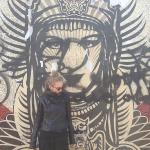 by Felicia L. Montalvo
The first step towards humanizing tech is a critical evaluation of the current innovation landscape that allows us to see exactly where real disruption needs to happen.