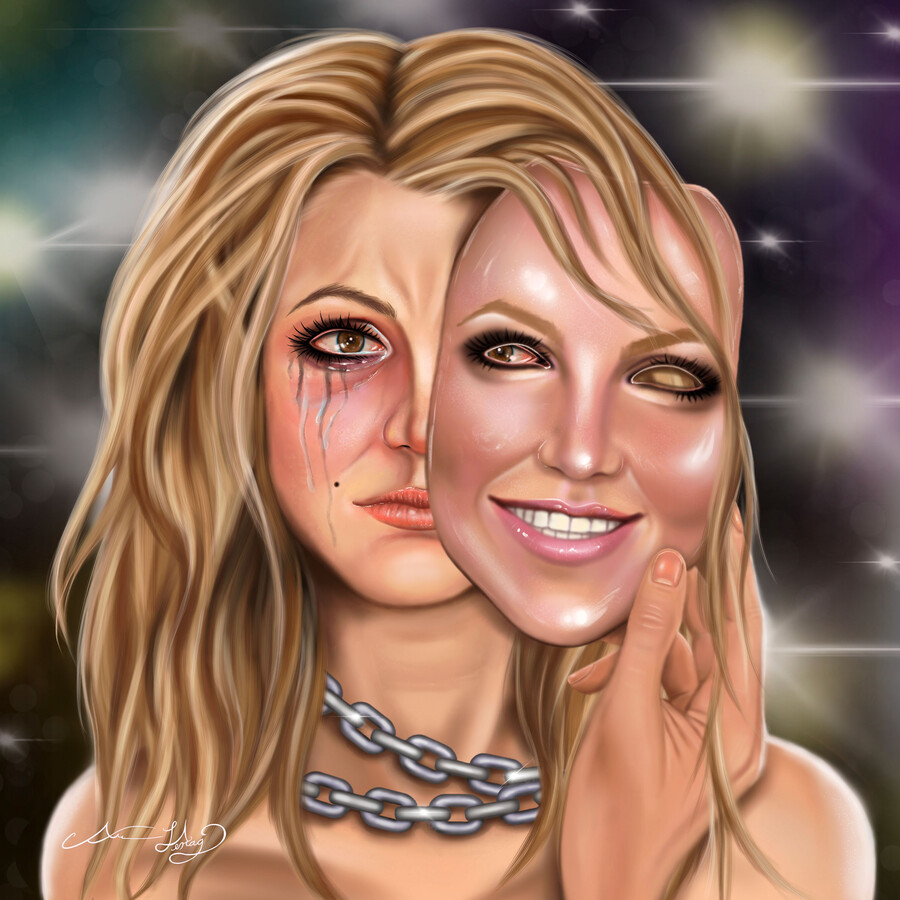 Britney Spears has lived in the spotlight since she was 16, but in some ways, she remains an enigma. On March 23, 2020, Spears reposted an Instagram graphic from queer Chinese Australian writer and activist Mimi Zhu that advocated for wealth redistribution. It read, in part, “During this time of isolation, we need connection now more than ever…. We will feed each other, redistribute wealth, strike. We will understand our own importance from the places we must stay.” While Spears offers other moments of self-reflection on Instagram, this straightforward call to action was noticeably different than the usual cornucopia of Bible verses, selfies, flowers, and choreography clips that dominated her grid. For one, Spears included three red rose emojis, which socialist magazine Jacobin notes are a symbol “associated with socialist movements in the United States, United Kingdom, and beyond.”

Spears, who according to the Guardian was registered in Louisiana as a Republican in 2001 and supported George W. Bush during the Iraq War, seems an unlikely advocate for socialism. However, Spears is a fitting avatar for our current reckoning with economic, political, and cultural inequities, which is the reason the viral “Comrade Britney” meme resonates so deeply. The year 2020 has been a powder keg, illuminating injustices that demand swift retribution. Much like the idea of the United States as a democratic beacon of equality, Britney Spears, the musical commodity and image, is an illusion. Throughout her career, she has been a conduit for our cultural anxieties and social norms, from the controversy surrounding her Lolita-baiting April 1999 Rolling Stone cover to our cultural obsession with her virginity and the continuous speculation about the state of her mental health. In these dystopian times, Spears has become a symbol of the ongoing discussion about abolition and liberation from oppression.

Our world is on fire, and millennials, including 38-year-old Spears, know that our silence will not save us. Comrade Britney speaks to our generation’s demands for radical change, including freedom from patriarchy, systemic oppression, white supremacy, and misogyny. In fact, the meme reflects millennial disillusionment. News sites and mainstream media love to capitalize on the generational “failure” of millennials: They aren’t buying houses; they’re spending all their money on avocado toast. They aren’t dating, getting married, or having children. They’re all “social justice warriors,” and they’re too concerned with being “politically correct.” But these judgmental conclusions fail to acknowledge our broken, crumbling system. According to a 2019 report from the Stanford Center on Poverty and Inequality, millennials are “more likely to die prematurely from suicide or drug overdose than previous generations.” The study also found that the “racial gap in homeownership among young adults was larger for millennials than for any generation in the past century.” Some of the criticisms lobbed at millennials as a whole both dismiss and sanctify these interlacing disadvantages embedded in the architecture of the American Dream.

The narrative attached to Spears, whittled down to its simplest form, has always been about control—wanting control, gaining control, and losing control. Since 2008, she has been under a conservatorship, which occurs when a judge deems an adult unable to care for themselves or manage their own financial matters. According to the California Courts website, a designated person or organization then acts as a legally appointed guardian, responsible for caring for the individual. Jamie Spears, Britney’s father, has been her conservator since 2008. (Her attorney, Andrew Wallet, used to be her co-conservator, but he resigned in 2019.) Spears had a net worth of nearly $60 million at the end of 2018, according to legal documents obtained by Entertainment Tonight, but the pop star remains powerless to make her own choices. In fact, the #FreeBritney hashtag is promoted by fans who believe that Spears is being held against her will.

In “Piece of Me,” a single from her 2007 album, Blackout, Spears sings, “I’m Miss American Dream, since I was 17.” At first, this seems like a tongue-in-cheek comment about obtaining fame and success as a teenager, but it could also be read as an indictment or a coded expression of defeat: Even before I could vote or have my first drink, I was expected to make money for the benefit of other people. In a capitalistic and patriarchal society, women can’t truly escape the systems intended to keep them disenfranchised. In an interview featured in the 2011 documentary The Black Power Mixtape 1967–1975—filmed while she was incarcerated—Angela Davis said, “We live in a society of an imposed forgetfulness, a society that depends on public amnesia.” The protests following George Floyd’s murder by members of the Minneapolis Police Department may seem like a watershed moment for some white and non-Black people, but they’re really a reaction to a winding chain of injustices. When freedom is conditional, equality is seen as a threat to the oppressors in power. And in this country, power and privilege are heavily intertwined with capitalism.

Millennials, especially the fans who grew up with Spears, have embraced the Comrade Britney meme because it echoes the rallying cry of disadvantaged people: We were sold a false bill of goods. We’re fed up, and we’re taking back control.

In 2014, Fenton Bailey, codirector of the 2013 documentary I Am Britney Jean, told Matter, “There’s Britney Jean, the little girl from Louisiana. There’s Britney Spears the pop star. And then there’s Britneyplex, which is the enormous machine built around Britney Spears. It’s not just one person. It becomes like an aircraft carrier, all people, personnel, interrelation business, and industries.” In the act of compartmentalizing the self in order to produce capital, a person loses autonomy. Essentially, as defined by capitalism, the worker’s inherent value is tied to how much money they can generate on behalf of a dominant, ruling class. Britney Spears the pop star may be a part of the bourgeoisie, but Spears the family breadwinner, the manual laborer, the divorced mother of two, is just another cog in the machine.

Under the banner of a capitalist, patriarchal society, a woman’s body is both a commodity and a dangerous force that needs to be controlled. Millennials, especially the fans who grew up with Spears, have embraced the Comrade Britney meme because it echoes the rallying cry of disadvantaged people: We were sold a false bill of goods. We’re fed up, and we’re taking back control. We all realize that Spears is a cisgender, heterosexual, wealthy, able-bodied, privileged white woman, but this doesn’t lessen the very real need for radical upheaval. On one hand, people have used the recent protests and the Black Lives Matter movement as opportunities for performative activism. For celebrities, this typically means issuing a self-serving, narcissistic statement or making a gesture that highlights wealth inequalities perpetuated by our capitalistic, for-profit American Dream. But we are through coddling people who think that a revolution can only happen when we consider “both sides.” White fragility is a poison that prevents real change; posting a black square on your Instagram isn’t going to cut it. The Comrade Britney meme may seem like another viral internet-born joke, but it highlights how, at the end of the day, capitalism fucks us all.

Read this Next: “...Baby One More Time” and the Pop Princesses Who Started a Moral Panic 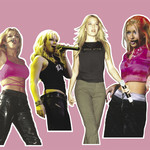 by Victoria Sands
The sexuality of Britney Spears and the other pop princesses of her era was consumed en masse and then deemed inauthentic and dangerous by media, critics, and “concerned parent” groups.