In “Confirmation,” It's Clear Senators Aimed to Make Us Distrust Anita Hill 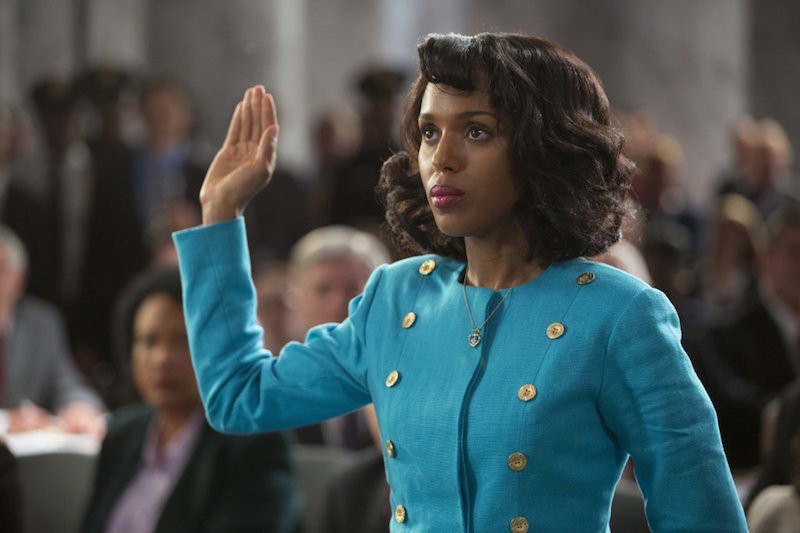 Pubic hair on a Coke can and a porn character named Long Dong Silver. These are my most persistent memories of the 1991 Supreme Court confirmation hearings during which Anita Hill brought forward her claims of having been the victim of Clarence Thomas’s unwanted sexual advances while working for him a decade earlier. I was 13 years old at the time, and my mind was mostly consumed by thoughts of school assignments, sleepovers, and soccer practice. But I remember those creepy details, reported by an attractive middle-aged black woman who was familiar in her manner and dress, clear as day. I remember Hill’s disturbing words the way I remember watching O.J. Simpson in a white Bronco being trailed by police on a Los Angeles freeway a few years later. Both televised, early '90s episodes highlighted black people seemingly behaving badly in public. They were things I knew I was supposed to be entranced and slightly embarrassed by. I felt somehow implicated in these spectacles in a way that I wasn’t in the Menendez brothers’ or the Buttafuocos’ messes.

What clicked as I watched Confirmation, the new HBO feature film that retells the story of those hearings with Kerry Washington starring as Anita Hill, is that my 13-year-old mind associated the hair on the Coke can and the porn character’s name with bad behavior on Hill’s part—not Thomas’s. At the time, I didn't fully understand that she was going through the humiliating process of describing in vivid detail—with a level of specificity that a legal scholar would be trained to possess—her account of what she had experienced. Instead of connecting the depravity of asking someone “Who has put pubic hair on my Coke?” with Thomas, the man accused of having said it, I connected it with Hill, the woman who’d been brave enough to recount the unbelievable words out loud. To a black girl making sense of my own sexuality and already trained to distance myself from the stereotype of black women as oversexed jezebels, Hill and her words seemed dangerous.

The beauty of Confirmation, which premiered on HBO on April 16, is that it posits that this confused reception on the part of the American people was precisely what many who sat on the Senate judiciary committee and directed the hearings had in mind. In the film, then-senator Joe Biden, the Democratic committee chair and presumably the person who would have led the charge against George H.W. Bush’s appointee, repeatedly bungles the proceedings and easily bows to pressure from Senate Republicans. At one point, he asks Hill to repeat especially lurid parts of her story, as if to make sure she forces the Senate chambers and living rooms nationwide to peak discomfort.

Republican senator John Danforth proclaims that Hill suffers from “erotomania,” an illness that makes her overrate her own desirability. Other senators are muzzled by their own ethics scandals and sordid histories with women, and so sit back silently as a key corroborator of Hill’s account isn’t called to testify and as the hearings go off the rails. As a result of the incompetence of the men on the committee, Hill becomes the perpetrator, the person responsible for exposing an obsessively puritanical American public to filth. That’s how my 13-year-old-mind made sense of it all. If HBO’s interpretation is to be believed, that’s precisely what those senators with the support of the Bush White House intended.

The feature film is co-executive produced by its star, Washington, who portrays Hill’s dogged professionalism, seeming lack of political motivation, and initial reluctance to enter the fray. I also liked Wendell Pierce’s portrayal of Thomas as a sometimes weepy, sometimes stone-faced man who actually believes his own sanctimonious monologue about being the victim of a “high-tech lynching” carried out by senators entangled in their own scandals but protected from serious scrutiny by their whiteness. Jeffrey Wright as Harvard legal scholar and Hill’s lead attorney, Charles Ogletree, is most notable for explicating the race dynamics (black male indignation mixed with misogyny, white male guilt mixed with misogyny) set in motion by Thomas’s “high-tech lynching” line. He’s also strong in a scene with Washington soon after their characters first meet. Ogletree implies that maybe Hill was a willing participant in flirtations with Thomas, and maybe once or twice got a little sloppy at the office Christmas party. “I do not get sloppy,” Hill says in a clipped voice. “That is not who I am.” Watching this scene, I thought, “Every black woman who’s had to navigate a workplace with her eyes set on a long career knows exactly what she means.” 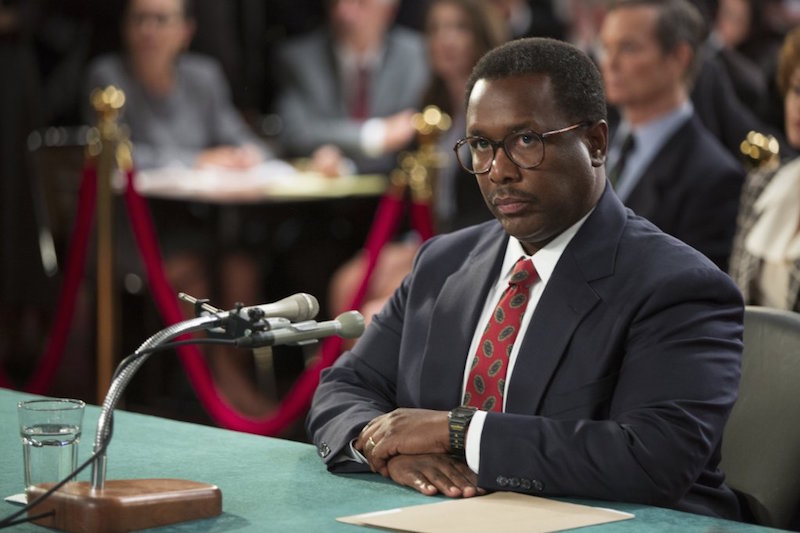 In both Confirmation and Anita: Speaking Truth to Power, a 2013 documentary about the hearings, Anita Hill is reintroduced to us all as a figure of historic importance who forced the issue of sexual harassment onto the national stage. I’m thankful for both. The men whose careers advanced in spite or perhaps because of those hearings are riding high: Thomas sits on the Supreme Court. Biden is the widely beloved vice president (“Uncle Joe”) enshrined in various memes as Obama’s admiring right-hand man and now burnishing his legacy by leading the White House’s work to combat campus sexual assault. David Brock, the former journalist who at the time characterized Hill as “a bit nutty and a bit slutty” and wrote a book that attempted to discredit her is now a major Democratic Party operative. Hill’s name has occasionally been pulled back into the spotlight over the years, as it was in 2010 when it was reported that Thomas’s wife, Ginni Thomas, left a strange, early morning voicemail message demanding that Hill apologize for her role in the confirmation hearings.

This is a story that won’t die and whose participants are still in the prime of their careers. As long as they are allowed to flourish, we should continue to hear from Hill and from those who believe we can more clearly see her contributions as we view them from the present. 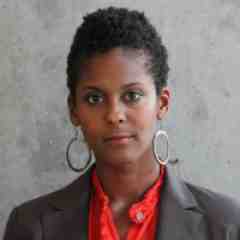 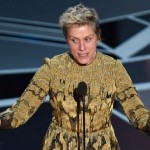