A Conversation and Constellation for Sandra Bland 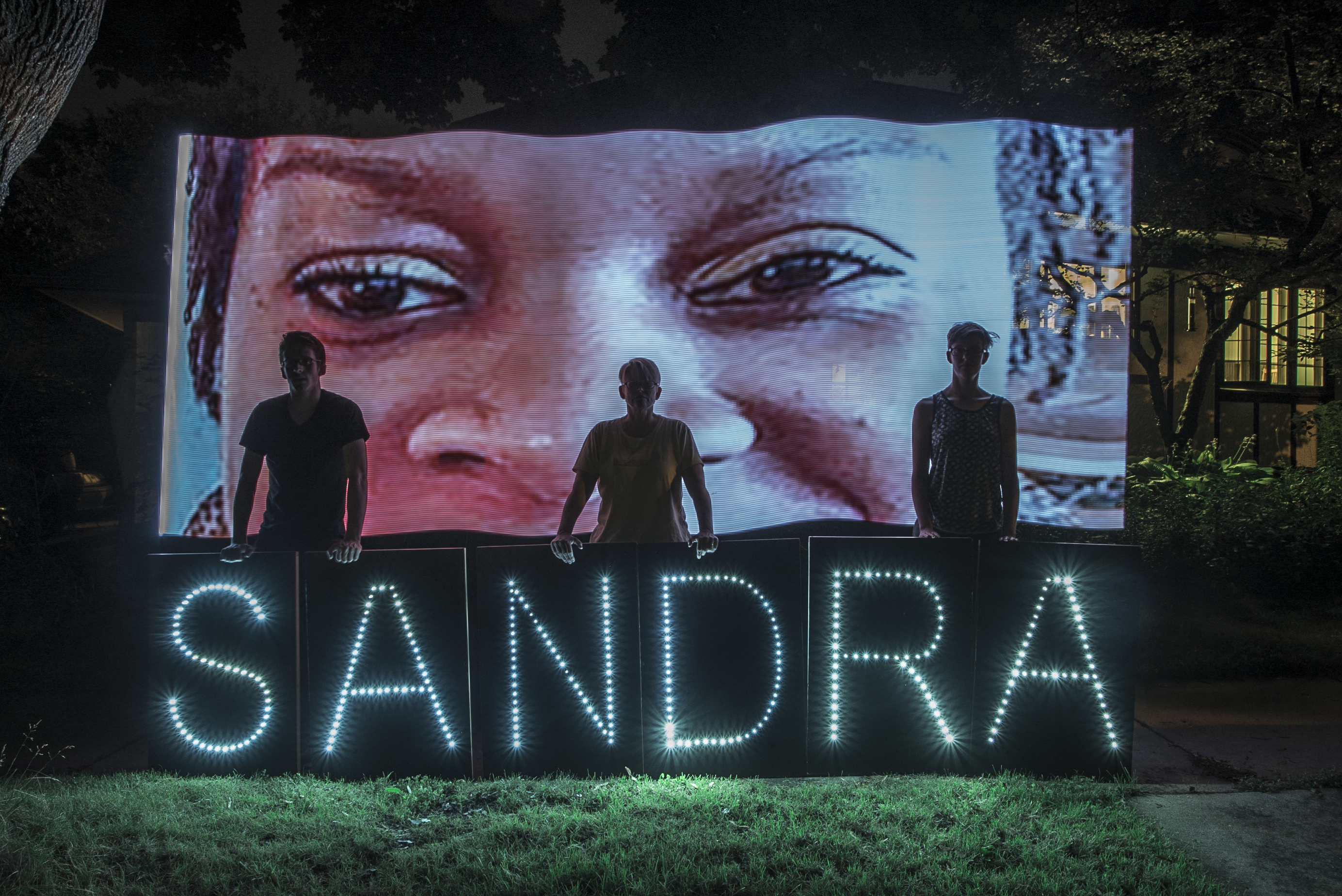 Sandra Bland’s birthday was February 7. She died in a jail cell in July 2015 in Texas, allegedly by suicide. But the cops beat her and caused her death. Sandra Bland was a civil rights activist. She would’ve probably been out in the streets protesting or making videos on YouTube about police brutality. Sandra Bland would’ve opposed the travel ban on Muslims. She played the trombone in high school, so maybe she would’ve busted it out at a rally against the wall or maybe for the protest at O’Hare. Sandra Bland would’ve been furious about Betsy DeVos. She’d know what was up with public education and how Rahm Emanuel is messing up Chicago schools, how they shut down schools mostly on the South and West sides of Chicago, where the people of color live. As the administration lets corporations finish building the Dakota Access Pipeline, Sandra Bland would’ve said #NoDAPL. Sandra Bland is one of us.

Sandra Bland is still among us. The night of Sandra Bland’s birthday, I was the only person of color in the room and everyone at the dinner table had met in the last week. A white man with a Southern accent began the conversation about how terrible the news was and what strategies we could use to defeat Trump. I said we had to find a way to address white people’s racism and fear in this country. His response was to cite an article from a well-respected author who argued that Trump didn’t win because of racism and that it wasn’t useful to think about the election in terms of identity politics. At one point, I asked, “If it’s not about race, and it’s about talking to voters, then how is it that I’m pretty sure I can’t walk into a room full of white people and expect them to listen to me because of, well, everything about the way I appear?” I pointed to my short, spiky hair and Taiwanese face.

Another white man respectfully disagreed with me and began his next sentence with, “People would listen to you if you didn’t have baggage.” I was pretty sure that by “baggage,” he meant if I hadn’t lived my life as a nonwhite person. Yet I realized that despite the fact that nobody was agreeing with me, nobody had outright disagreed with me that racism was a terrible problem in this country. Their argument, at its core, was that racism may exist, but bringing it up would prevent us from changing the minds of Trump voters and would take us further from the solution that we need: a way to come together and be united. As we argued, the man who first cited the article said, “As long as I’ve been alive, there’s never been peace in this country. We always have some kind of turmoil. We’ve always been at war. Now, are we always going to be divided, and are we going to stay divided?” Maybe that’s a good thing, I countered, for us not to bury our differences and pretend they don’t exist.

The problem with talking about race and racism is that it forces us (white and nonwhite alike) to recognize our complicity in a far deeper problem. It would mean we are in a shared struggle not just to defeat this administration. In short, it would mean we are in a revolution. If we put the focus on racism in this country, rather than on the election as a single, independent, and preventable event, then we wouldn’t only have to defeat Trump. We’d also have to dismantle white supremacy and address the unfairness in society that causes white privilege. It would be much easier if we found a way to out-strategize Trump through Congress or the judiciary or even by electing a different president. More and more Americans are realizing that things can never go back to the way they were and that things way back when were never ideal either. The path forward has been opened by Trump’s extreme hatred of so many different groups of people. It has led to a backlash, a call for organizing, a call for coalition, a call for meaningful and substantive change.

For the first time in a long time, even people who do not believe that racism is a huge problem, must deal with the extreme cognitive dissonance between two propositions: that we don’t have a race problem and that we have an administration that appears to be gearing up to remove anybody who doesn’t belong in their camp to a camp. It’s too great a mental contradiction for any reasonable person to reconcile. That fissure is why we must continue to talk about race. We have to make connections between Sandra Bland and the wall and Latinxs, the Muslim ban and anti-Asian immigration laws and Japanese internment camps, the destruction of people in Palestine with slavery, with the genocide and the oppression of Indigenous peoples. We, especially those of us who are non-Black people of color, can have these difficult conversations because the #SayHerName and #BlackLivesMatter movements are leading the way and are exposing the cognitive dissonance that is amplified by the current political climate.

The word “racism” is more useful when we try to distinguish between the degrees of prejudice, bigotry, and bias through which racism operates. It’s not about simply being evil or committing intentional acts. With systemic or institutional racism, it’s also about the inactions that reinforce that system of power. Not only can we acknowledge the white men in pointy hoods, but we can also teach about our history and why #BlackLivesMatter even started. It’s racism that allows some people to say that while it’s a tragedy, police violence is not a priority issue for them. They can say this because the person who is being killed is not  one of them. Understanding that all of us feel this tribalism to some extent is useful. It helps us stay in the fight. As tensions rose at dinner, a white woman jumped in to mention that her father, a Nebraskan Trump voter, had no intention of listening to women. Another woman, who was an activist in the ’60s, folded her face in her hands and said, “We have no hope anymore.”

The silence thickened. “I have hope,” I said, surprising myself, “because people of color have always been fighting this war and are still fighting. James Baldwin taught us that people of color were like flies buzzing and dying around white privilege, but maybe we’re not invisible anymore.” A few people nodded in affirmation. I thought of Sandra Bland’s four sisters. What wouldn’t I do to make sure my sister was safe from the police? Many of us have kids. What wouldn’t we do to make sure our kids are safe from the police? Geneva Reed-Veal, Sandra Bland’s mother, is still fighting against our country’s inhumane incarcerations for her Sandy. She’s still waiting for the resistance to join her. Hope is like a prayer we put into the sky. Only when it’s darkest out, in times like these, when we’ve managed to get away from the pollution, can we make out the star. It shines in the distant night. We see it because we need to see it. We see it because we look up. A memory from long ago. Alongside the other stars, we discern the pattern of our collective, our gathering. We see the shape of what we can be.

Sandra Bland enters the room. Her family and friends bring out the cake. Double frosted. Turn off the lights. Everybody cheers. She notices her mother’s tears and tells her not to cry. I’m so proud of you, Mama, she says. Never stop fighting. The candles are burning. She takes a deep breath. Closes her eyes. Makes a wish. Happy belated 30th birthday to you, Sandra Bland. May we remember you. May we say your name. May we win. 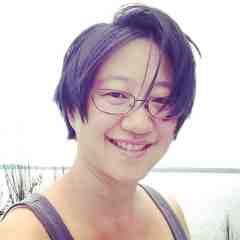 Serena W. Lin believes writing is a political act of connection. She’s a queer, Muslim, Taiwanese-American writer and attorney. Her fiction has appeared in Drunken Boat, cream city review, Hyphen, and Northern New England Review. She writes fiction, poetry, essays, and plays. She earned her MFA at Rutgers-Newark and JD at UC Berkeley. For nearly a decade in Los Angeles, she served as a Public Defender and then as a community lawyer focused on environmental, racial, and economic justice. Reach her at www.serenawlin.com 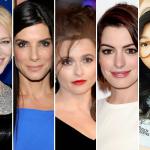