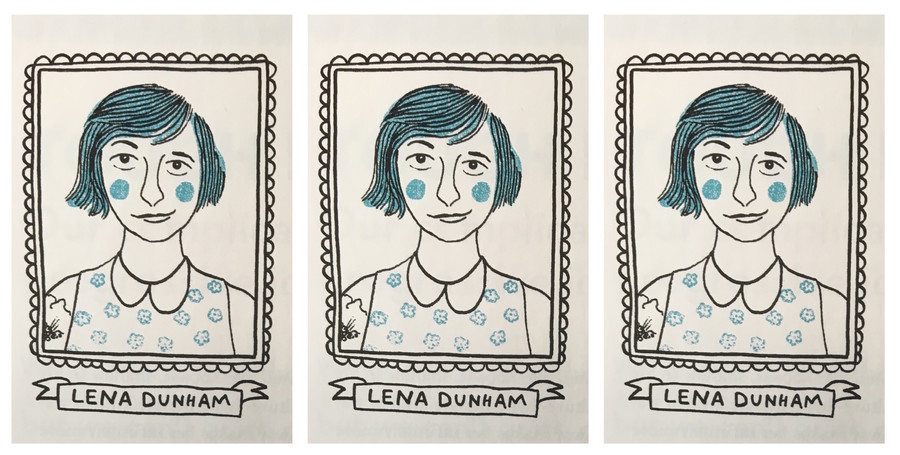 As we’ve pointed out previously, anointing feminist celebrities tends to be a losing propostition, and today’s much-discussed Lenny conversation between Lena Dunham and Amy Schumer is an excellent, and troubling, example of why. In the condensed back-and-forth meant to plug Schumer’s new book, Dunham reveals that she’s often asked how she feels about her words being taken “out of context.” Which is fair. So in highlighting the offensive, the tone-deaf, the inexplicable, and the really, really offensive parts of their conversation, we’ve made sure to contextualize as much as possible. Spoiler alert: It really doesn’t change the fact that every one of these quotes is startlingly terrible.

Dunham, on being seated next to football player Odell Beckham Jr. at the recent Met Ball:

“[I]t was so amazing because it was like he looked at me and he determined I was not the shape of a woman by his standards. He was like, “That’s a marshmallow. That’s a child. That’s a dog.” It wasn’t mean—he just seemed confused. The vibe was very much like, ‘Do I want to fuck it? Is it wearing a … yep, it’s wearing a tuxedo. I’m going to go back to my cell phone’…he literally was scrolling Instagram rather than have to look at a woman in a bow tie.”

There are a host of reasons to not talk to someone else at a fancy media-driven event like the Met Ball, some of which might not have anything to do with you, Lena Dunham. It may sound bananas, but just consider it.

Schumer, on Dunham’s outfit for the Met Ball:

“You were dressed like a boy, and you looked sexy, and I really appreciated showing me your tits several times.”

Relevant given that Dunham was wearing a suit from Bindle & Keep, the Brooklyn company that specializes in making suits for the queer community, including gender-nonconforming people. Dunham recently coproduced the documentary Suited, which profiles the tailors and some of their clients.

General references to each others’ tits:

Schumer, see above; Dunham, the introduction in which she recalls being “personally intrigued” by Schumer’s breasts when she auditioned for Girls. We get it. You like tits. It’s edgy when girls like and comment on one another’s breasts.

“The other thing that I get really crazy about is this new world in which women aren’t just supposed to be protected from actions, they’re supposed to be protected from language. Women are so strong. My ovary has basically exploded in my stomach twice, and I was pretty chill about it. You think I can’t listen to some short comedy loser say something dumb about rape?”

You have a high tolerance for the pain of a ruptured ovary, so women in general should be more chill, like you, about male comedians’ dehumanizing comments and demands to decide whether a woman has “really” been raped. That’s a thing that you just said. In context.

“He’s one of those guys, like a lot of the guys that I’m friends with, who are degenerates. Kurt was saying this awful stuff, and in previous years, I would be like, ‘You’ve got to shut up.’ He’d be like, ‘All right.’ Then it would kind of go away.

Maybe you need guy friends who aren’t degenerates? Maybe don’t hire one of those degenerates to write for your show, thereby monetizing and effectively rewarding his douchery? Just thinking out loud here. This entire interview is the “Cool Girl” monologue from Gone Girl made celebrity-feminist flesh.

“And it just so happens that they were two of the sweetest angels who have ever lived, you know? It is never some toothless fucking crackhead who gets killed.”

Schumer, on mass shootings in general:

“Any shooting fucks me up. Of course. There are some shootings I will choose to skip. Like I skipped Sandy Hook. I was like, no, no, not letting this in, I can’t. I didn’t go too deep into Orlando. I was like, I can’t go down the rabbit hole because it really fucking kills me for at least a week. I am in a K-hole of misery.”

Schumer and Dunham clearly have a rapport, and a shorthand that is natural and organic for them. The best way to sum up this interview is that things that sound fun and goofy and make sense as conversations between friends are great—if you keep them between friends.

Really Bitch? You've got nothing better than SIGH for such a disgusting comment like "It is never some toothless fucking crackhead who gets killed.” Or an even bigger one for Schumer whining about how mass shootings effect her? You need to do way better than that.

Relevant: Off Brand: The Limits of Celebrity Feminism 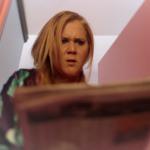