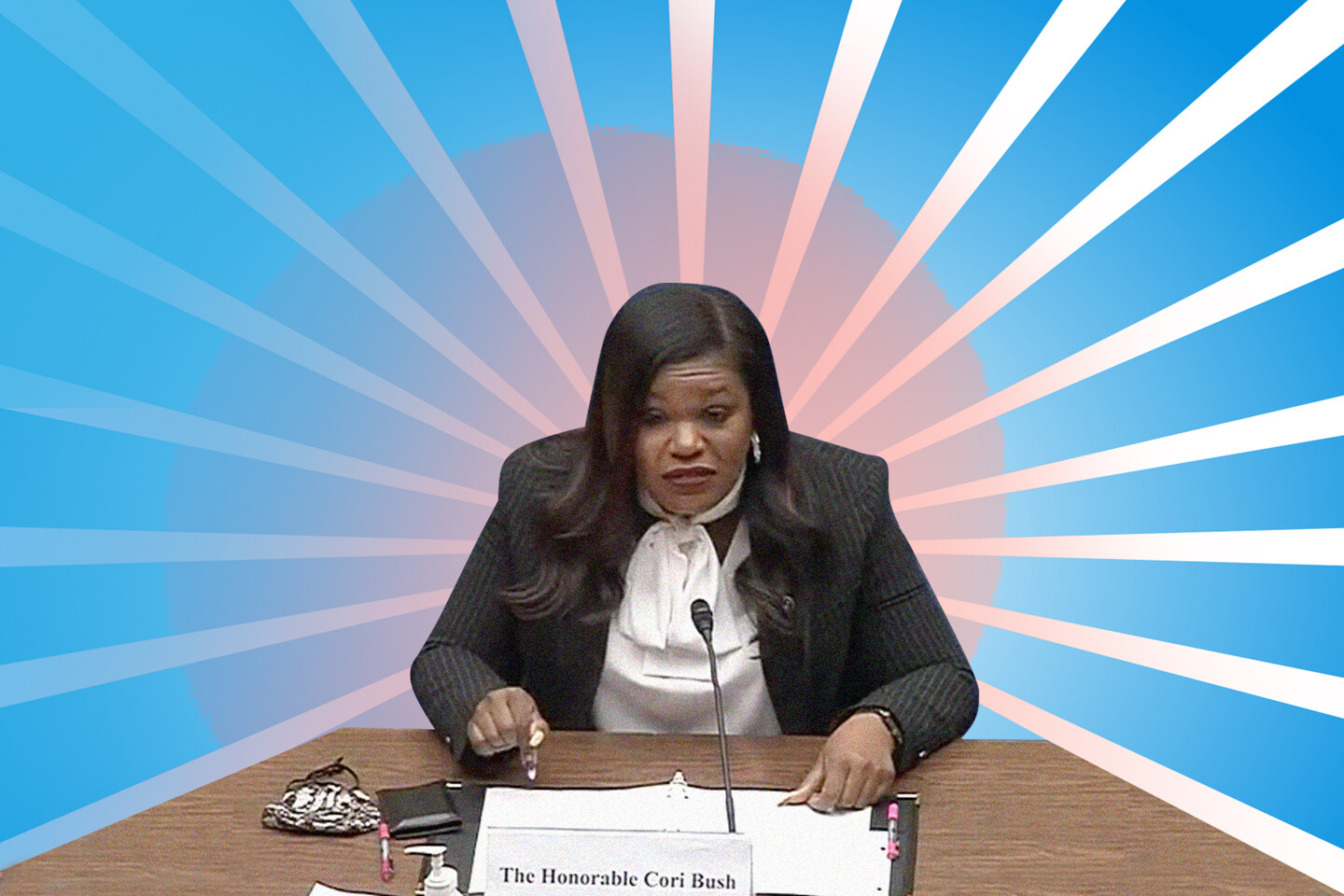 In a May 6 speech to the House Committee on Oversight and Reform, Representative Cori Bush spoke candidly about the tremendous difficulties she faced during her two pregnancies. Her heartfelt testimony detailed both her preterm labor complications and the racist medical care she was forced to navigate. Her eldest child, Zion, was born at 23 weeks rather than the standard 40 weeks, after Bush began experiencing hyperemesis gravidarum (severe nausea and vomiting) during the first trimester of her pregnancy. When at five months she told her doctor that she was experiencing severe pain, her doctor sent her home; a week later, Bush went into labor. “At 23 weeks, my son was born, one pound three ounces,” Bush testified. “His ears were still in his head, his eyes were still fused shut, his fingers were smaller than rice, and his skin was translucent. A Black baby, translucent skin. You can see his lungs. He could fit within the palm of my hand.”

Though her son survived, he spent the first four months of his life in the neonatal care unit, and while the doctor later apologized to Bush for not believing her, she had a similar experience during her second pregnancy. “At 16 weeks, I went for an ultrasound at the clinic and saw a different doctor who was working that day,” she said. “I found out again I was in preterm labor. The doctor told me that the baby was going to abort.” The care provider then continued to antagonize her, suggesting she allow her pregnancy to abort and simply “get pregnant again,” directly referencing Black women’s assumed hyperpromiscuity and fecundity. Though Bush’s daughter was successfully delivered, her testimony clearly articulates what’s at stake when gestational medical care for Black people is completely overlooked. “Everyday Black women are subjected to harsh and racist treatment during pregnancy and childbirth,” she said during her testimony. “Everyday Black women die because the system denies our humanity.”

In the aftermath, South Carolina Congresswoman Nancy Mace said that Bush’s language was “stripping from women the one thing that only we can do,” while actor Rose McGowan called Bush’s testimony a smear on “bio-women,” accusing her of virtue signaling to trans women. This criticism overlooks a key aspect of Bush’s testimony: When we’re considering marginalized people’s bodily autonomy, we must question how we perceive whose lives are worth protecting, and who is allowed to safely make a family—an inquiry that extends far beyond white cisgender women.

Dylan Pugh, a trans doula who is working toward his master’s in Public Health, candidly spoke with Bitch about helping his clients access gender-affirming reproductive healthcare. Pugh began his training as a doula in the summer of 2016, via a scholarship through Doula Trainings International, one of the first doula organizations to use a gender-affirming curriculum. While the use of language for and around trans people has become a more routinely politicized topic in the last decade, the effects are still consequential. “It is really important to have cis people use language like ‘birthing people’ because the birth world is so deeply transphobic,” Pugh says. For queer and trans clients of color, these entanglements become even more difficult to navigate. One of Pugh’s clients, a butch woman of color, was suffering from severe pain during a prenatal examination. “I called over the nurse, and neither she nor the doctor listened to me,” he says. “And it’s more than likely they weren’t taking her seriously because of her sexuality, her gender presentation, and her race.” Finally, the nurse acquiesced and examined the patient.

To the surprise of the medical staff, the patient was in full-blown labor and the baby had begun descending; they were able to successfully deliver the infant. “Really talking about the material reality of this is so important because there’s even more medical neglect, even more health disparities associated with multiple marginalized identities,” Pugh says. He is impassioned and upset that his clients have to face “transphobia, racism, homophobia, classism, all of these things that make it so difficult for people to build families, for queer people to build families.” While language may be a vehicle of inclusion, Pugh says that “it goes beyond a simple pronoun training” because so many medical providers still have racist and transphobic ideas ingrained in their worldviews. As abortion provider and reproductive health advocate Cheryl Chastine succinctly puts it, “We can’t advocate that each pregnant person be able to effect the best decision for themselves—while simultaneously insisting that people who aren’t cisgender should go along silently with language in which they don’t exist.”

In her landmark 1991 text “The Black Surrogate Mother,” Penn Law professor Anita Allen documents the impossibly difficult legal and social circumstances that define being a Black pregnant person in the United States. Orange County Superior Court Judge Richard N. Parslow, who presided over the landmark 1993 surrogacy case Johnson v Calvert, compared the legal status of the defendant Anna Johnson to that of both a foster parent and a wet nurse. To Judge Parslow, Johnson, a Black woman, was comparable to hired or enslaved help; he plainly proclaimed that he wasn’t “sure anyone would argue that the person that nursed the child … from seven pounds to thirty pounds got parental rights and became the mother.” This legal framework motivated Allen to examine who has historically occupied the role of wet nurse. The widespread practice of enslaved Black women forced to work as wet nurses often meant those women “were required to leave their own children to care for the owner’s children,” an example Allen uses to illustrate the direct relationship that wet nursing has with Black women and Black birthing people’s lack of parental rights and protections.

Our understandings of woman and womanhood as socio-legal categories have long been informed by anti-Blackness. Saidiya Hartman’s 1997 critical theory text, Scenes of Subjection, makes this abundantly clear: Enslaved women were seen and treated as property rather than as women. “The engendering of race occurs within these different economies of constraint,” Hartman writes, with white women solely occupying the role of “womanhood” and Black people being subjected to the violence and degradation of an economic system based on their captivity and exploitation. The creation and reproduction of what Hartman calls “radically different conditions of embodiment” manifested through wet nursing and white domesticity, which denied Black people their humanity. And now, slavery’s social legacy of denying Black personhood, particularly in childbirth, continues to haunt Black patients seeking adequate care.

In Bush’s doctor’s office, there was a poster that inspired her to act when she was being discriminated against. It read, “If you feel like something is wrong, something is wrong. Tell your doctor.” What are we to do when the doctors are the ones disbelieving pain, misdiagnosing Black and brown people, and denying the agency of queer and trans patients? What’s the recourse when the medical establishment, founded on centuries of undisclosed and exploitative experimentation, is the problem? As Bush declares, we can all work to ensure that people living on the margins and at the intersections of marginalized identities receive the best reproductive healthcare possible.

There’s a long history of oppressive policies that have been used to deny Black women, and Black transgender people particularly, access to full humanity: The court case of Mary Jones, a Black trans sex worker in the 19th century, illustrates how white supremacy functions to punish the most hypervisible marginalized people. Jones was accused of theft and put on trial in 1836, but her feminine attire attracted far more scandal in the press than the crimes she was accused of. The groundbreaking activist Marsha P. Johnson was arrested dozens of times for sex work, one of the only money-making avenues available to transgender people who are otherwise discriminated against while seeking employment. Miss Major Griffin-Gracy, one of Johnson’s contemporaries, argues that trans existence is defined by “living outside the law.” While queer and transgender people are not all imprisoned, their lives, expressions of self, and identities are heavily policed through state policy and social stigma.

The force of punitive whiteness creates the conditions that still make family creation for Black and brown queer and trans people so difficult. Protecting Black trans lives, specifically protecting Black trans people’s reproductive health outcomes, is one facet of an expansive vision of justice. A few years ago, Pugh hosted a workshop at the San Francisco LGBT Center that focused on maximizing fertility options specifically for transgender women living with HIV. He told me the discussion was lovely, but the group reached a disconcerting conclusion: There aren’t a sufficient number of affordable options for freezing sperm or preserving reproductive material. When trans people begin hormones, they’re required to sign multiple letters of medical consent that often outline the reproductive options available to most trans people. “In that moment, most people are only thinking about getting on hormones and how to afford them, not about paying for their future fertility outcomes,” Pugh says. And the lack of widespread affordable reproductive healthcare, in addition to the more than 15 states that require a certificate of sterilization in order to change an individual’s gender marker, paints a less than encouraging picture for queer and trans family building. Creating space for the agency and choice of the person making reproductive care decisions can and should be a collaborative effort. 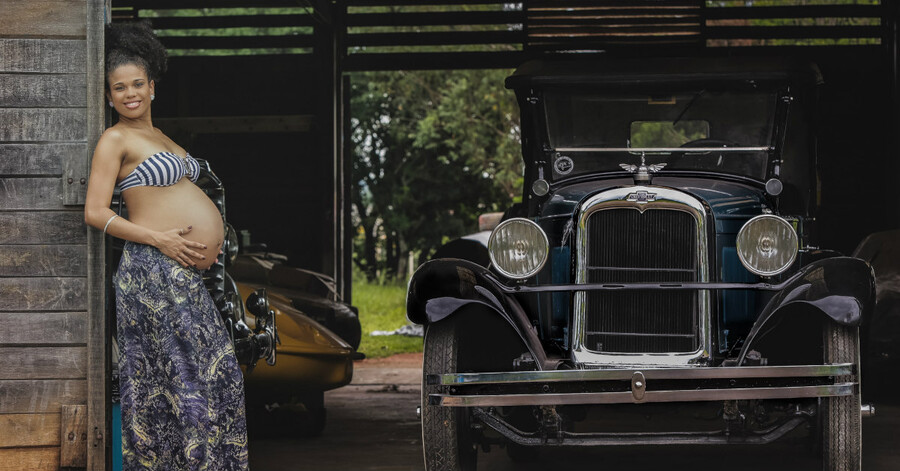 A pregnant woman poses next to a vintage car in Brasília, Brazil (Photo credit: Tikkho Maciel/Unsplash)

Sophie Lewis’s 2019 book, Full Surrogacy Now: Feminism Against Family, offers a contemporary Marxist feminist analysis of gestation and the work of birth, as well as a radical call to rethink our social politics around pregnancy. Her vision of  “full surrogacy” includes a world in which networks of care that have existed in Black communities and queer communities for decades can coalesce around the understanding that any birth in a given community is our collective responsibility. Creating these networks of care may look like, as Dylan suggests, sponsoring the training of a Black queer or trans doula in your area or distributing information on programs like California’s Doula Hotline. Lewis writes, “We are all, at root, responsible…We are the makers of one another,” and the ways we each create the possibility for our friends, neighbors, family, and loved ones to seek affirmative care makes the broader work of undoing oppressive medical systems more possible. Lewis makes the practical and revolutionary case for gestation no longer being policed by the carceral state or monitored by medical care providers, but rather “ongoingly revolutionized by struggles seeking to ease, aid, and redistribute it.”

We must commit ourselves to all the ways we care for each other and ourselves in this world—through family building, gender-affirming care, and sexual health—or risk continually enabling the systems that have birthed so much inequality. Communally supportive surrogacy is a practice of solidarity that sees the struggles of the most marginalized people in our communities as struggles we all must participate in to alleviate. Expanding our understanding of pregnancy beyond its cis-centric definition doesn’t mean “smearing” cisgender woman; it means enabling more queer and trans people to safely build families. Bush’s language begins to build a world that looks beyond the white, medically privatized family and toward a powerful community of care.

Read this Next: Is Hollywood Ready for the Realness of “Zola?” 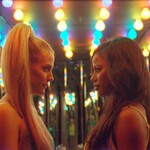 Sloane Holzer is a writer and water sign living in Oakland, California.