Thanks to Coronavirus, Abortion Clinics Are under Attack—Again 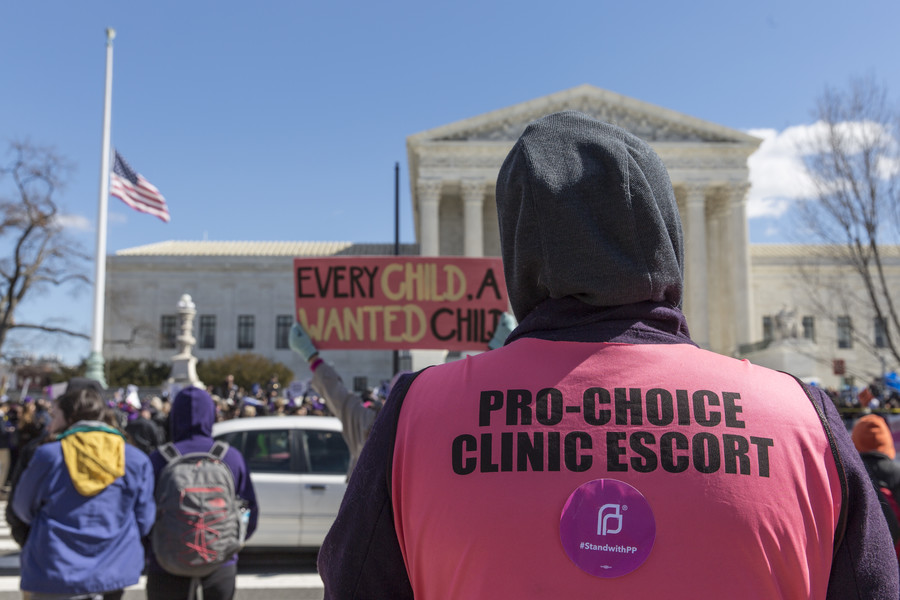 Calla Hales is tired. She’s averaging a couple hours of sleep a night because she’s consumed with anxiety and worried about how she will keep her business open in the middle of the global coronavirus pandemic. But Hales also knows there’s a steep cost to closing the doors of A Preferred Women’s Health Care Clinic (APWHC), an independent abortion clinic in Charlotte, North Carolina where she serves as executive director. Stopping operations wouldn’t just have a financial impact on Hales and her staff; it would also be catastrophic for the people they serve. So she’s doing everything she can to ensure the clinic stays open and continues seeing patients—as she simultaneously navigates her own pregnancy.

“It’s one of those things where you really just have to compartmentalize and keep going,” she told Bitch. “It’s really important for providers to stay open for as long as possible because our patients still need us.” And, she adds, “[It’s] not just your patients that you’re worried about; it’s your staff, and you’re trying to figure out what the best thing is for everybody. It’s an ongoing struggle that changes every day.” APWHC, like other healthcare providers, is experiencing a shortage in protective gear for staff, which Hales fears will get worse in the near future. In an attempt to contain possible exposure and limit the number of people in the clinic, Hales said they’ve prohibited companions and drivers from entering the clinic. Instead, they have to wait in their cars during the procedure and then drive up to the clinic once the patient is ready to leave.

And patients are still coming. APWHC hasn’t seen any changes in terms of patient numbers, Hales noted, and it’s unlikely they will. But she has noticed one significant change: even more protesters than usual. The clinic has long been a target for some of the biggest and most outlandish anti-abortion protests in the country. The anti-abortion protest group “40 Days for Life,” which organizes protesters in bombarding a particular clinic during the season of Lent, inspired protesters at APWHC to protest for 40 weeks, rather than 40 days. On particularly bad days during 40 Days for Life, the clinic has seen up to 3,000 protesters congregate outside its front doors. On regular weekdays, the clinic usually has between five and 10 protesters; that number increases to anywhere from 150 to 300 protesters on weekends.

Protestor presence has increased steadily during the pandemic. “Our weekday numbers have actually increased because people are bringing their children [with them], now that school is out,” Hales said. “This week, we’ve had somewhere between 15 and 25 on the weekdays, and this past weekend, when we actually still had an order for no groups larger than 100, we still had 151 protesters out. It’s not really going down.” The hordes of protesters at APWHC are directly violating the state’s ban on gatherings larger than 50 people. But elsewhere in North Carolina, anti-abortion protesters are taking their hostility to another level. “I actually witnessed a protester coughing on a clinic escort this Saturday,” said Kelsea McClain, leader of the clinic-escort group at Hales’s sister clinic, A Preferred Women’s Health Center in Raleigh, North Carolina.

According to McClain, the protester seemed to be intentionally attempting to scare the escort. This is another means of intimidation and fearmongering from a movement that has long relied on such tactics, but it’s also a significant public health risk that should be taken seriously. As a result, McClain’s team of clinic escorts has been forced to stop volunteering. “We previously had planned to just up our sanitation routine and cut numbers, while also asking certain ‘high risk’—for both exposure and personal health—groups to stay home,” McClain said. “The number of folks who said they can’t risk it, paired with our own concerns about violating best advice to just stay home, has resulted in us canceling all shifts until further notice.”

It’s the same story at the Hope Clinic for Women in Granite City, Illinois, which became a de facto regional hub for abortion after the only abortion clinic in neighboring Missouri was targeted by anti-choice legislators and forced to stop providing abortions. “We do have protesters at the clinic, and I’m very concerned,” said Hope Clinic’s communication director Alison Dreith. They too have had to cancel their clinic-escort program due to the risk of spreading COVID-19. “I really feel like this is even more [of a] security risk, as patient drivers and patients are waiting out in their cars,” Dreith said. “We have a very tiny parking lot—it holds 10 cars—and we’re seeing more than 30 patients a day, so it gives protesters a lot more access to people who are usually inside our facility. That scares me.”

Any type of disaster or tragedy the United States has ever had, whether it be a terrorist attack, a natural disaster, or, in this case, a pandemic, abortion care is still needed.

Illinois Governor J.B. Pritzker issued a shelter-in-place order for the state on March 20. As a result, Benita Ulisano, organizer of Chicago’s clinic-escort team and founder of the Clinic Vest Project, has had to suspend clinic escorting for the entire city. “As hard as it may be, we have to abide by it, and I had no choice but to suspend our program,” she said. “We must do our part to help contain this virus.” To be clear, abortion clinics throughout Illinois, North Carolina, and other states are still open and seeing patients. But with states like California and Illinois ordering residents to shelter in place and states like North Carolina and Colorado banning large gatherings of people, clinic escorts cannot continue serving patients without putting both themselves and patients at risk. That isn’t stopping protesters, though, and that could spell disaster for abortion providers and patients.

Many abortion patients are now at greater risk of uninterrupted, hostile behavior from anti-abortion protesters. At least at APWHC in Charlotte, the protesters seem more than willing to disregard the risks associated with gathering with a large group of people. Patients who need abortion care can’t forgo their appointments, but now, they have to put themselves at greater risk of contracting COVID-19 because abortion opponents are unwilling to yield to a public-health crisis. “The need will always be there, and if we’re open, people will come,” Hales told Bitch. “Any type of disaster or tragedy the United States has ever had, whether it be a terrorist attack, a natural disaster, or, in this case, a pandemic, abortion care is still needed….I’m going to stay open as long as we can.”

Read this Next: Immunocompromised Teachers Are on the Frontlines of Coronavirus 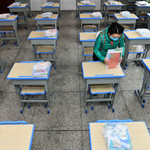 by Brooke Knisley
The safety of all citizens—regardless if they are living with disabilities, have compromised immune systems, or are able-bodied teens—should be prioritized over a business or institution’s bottom-line.