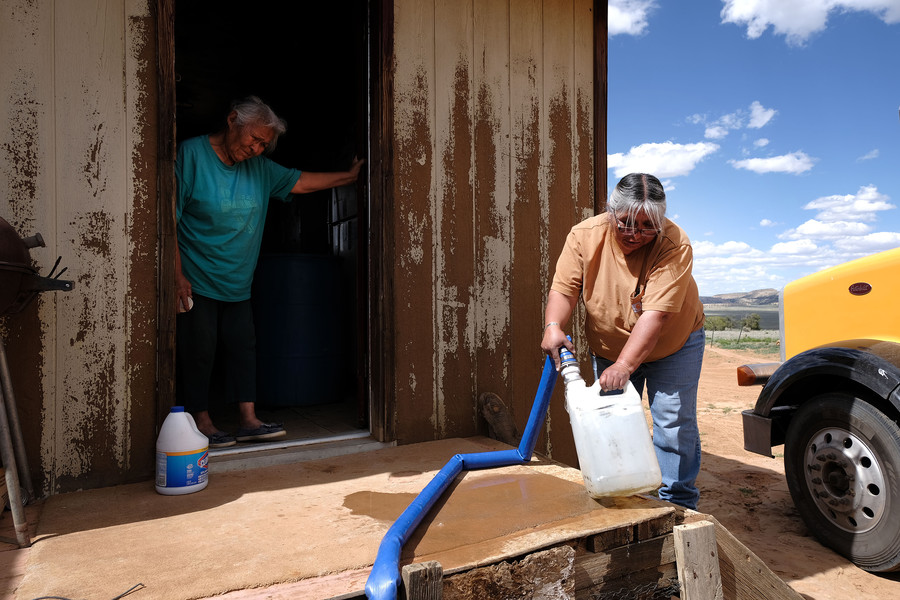 Nancy Bitsue, a member of the Navajo Nation, receives her monthly water delivery in the town of Thoreau on June 6, 2019. The water shortage in the Navajo Nation is so significant that generations of families have never experienced indoor plumbing. (Photo credit: Spencer Platt / Getty Image)

COVID-19 has been a disaster on every level for every community around the world. But the virus has been particularly deadly for a number of vulnerable communities: the elderly, front-line workers, low-income families, and especially minorities. People whose jobs are classified as essential tend to be folks of color and/or working-class whites. This version of the coronavirus has also had a terrifying impact on Native American communities, who already live in a state of extreme vulnerability. Indian Health Services, the government-sponsored program that supports Native American citizens, is vastly underfunded. And the lack of personal protective equipment—combined with close living quarters, a lack of running water, and a history of diabetes, asthma, and heart disease—has increased the impact of the coronavirus. For example, if the Navajo Nation was a U.S. state, it would rank behind only New York and New Jersey when it comes to per-capita confirmed cases. In fact, the governor of New Mexico has warned that the virus could potentially wipe out entire tribes in that state, a shattering reality for communities already living with the legacy of genocide.

Despite these obvious vulnerabilities, the Trump administration wanted to give tribes literally nothing, and the Republican-controlled Senate designated very few resources to tribes in the recently passed stimulus bill. And adding insult to injury, much of the allocated funding is being funneled into state-chartered corporations that don’t actually benefit tribally enrolled citizens at all, moving most of the $8 billion allocated primarily to those corporations. As a number of Native writers and scholars, including Rebecca Nagle, have noted, this attempt at modern-day genocide has been triggering, to say the least, for communities that historically suffered widespread genocide. More recently these same communities have lived the through the traumatic legacy of boarding and day schools—a continuation of 20th-century genocide. It’s undeniable that many Native people on reservations and in urban and rural communities live in a state of poverty. They also often live in close quarters and many times with elders, which is only exacerbating the impact of the virus.

Beyond the immediate danger COVID-19 poses to Native lives, it’s also disheartening to consider how this pandemic will curtail burgeoning Native art movements and the resurgence of Native languages. Thanks to numerous financial strides—some of which can be attributed to progressive legislation—the Cherokee Nation of Oklahoma, for example, has been able to move its citizens toward a stronger economic position and stronger cultural sovereignty (self-governance), which has made a significant difference in the everyday lives of its citizens. And recently, three Cherokee citizens have released books through large publishers, which isa historic first. Margaret Verble’s 2015 novel, Maud’s Line, was a finalist for the Pulitzer Prize in Literature. Brandon Hobson’s 2018 novel, Where the Dead Sit Talking, was shortlisted for a National Book Award. And a story excerpted from Kelli Jo Ford’s forthcoming novel, Crooked Hallelujah, won the Paris Review’s coveted Plimpton Prize.

After such victories, it’s worrying to consider how the virus could impact the Cherokee Nation—for example, considering how financially solvent its citizens have become. One only has to look at the numerous educational scholarships available to its citizens—which certainly affect the amount of folks who might become writers—to worry. Now we must wonder if Native American families will survive this pandemic, and what this will mean long-term for artists in these vulnerable communities. COVID-19 also poses an inherent threat to language revitalization since so many elders—the people in many communities who typically speak their Indigenous languages fluently—are at risk. There’s a legitimate fear that these cultural movements, not to mention the people leading them, will disappear just as there’s been an uptick in the usage of Native American languages, and certainly in their proficiency.

These particular issues might seem abstract during a global pandemic, but losing momentum around Native art and languages will have concrete, real-life consequences for everyday American Indians. For example, there have been a number of studies that show that high-school graduation rates increase for American Indians when schools prioritize teaching Indigenous languages. Fueling pride in one’s background through language—one of the most fundamental aspects of culture—instills a sense of self-worth that translates to tangible life outcomes. And it goes without saying that art gives people charge to do more than survive, to express themselves, and to think and feel more deeply about who they are and where they come from.

The absence of Native people in everyday American mediums only magnifies the strides schools and creators have been making and reinforces the importance of art and language movements from Indian country: reservations, urban, and everywhere in-between. When American Indians are able to create complex art that, when purchased or experienced by non-Natives, offers a fuller portrait of our humanity, there’s an increased likelihood that non-Natives will consider supporting our economic and cultural sovereignty. American Indians being able to purchase or receive art from other Natives directly opposes the damage that one-dimensional art about Natives has caused. For instance, though Indian mascots have been deemed harmless by some, many studies show that growing up with mascots, which provide ugly, cartoonish representations of Native people, has a negative impact on our overall self-esteem, which is deeply important to develop considering the high suicide rates in Indian country.

Throughout history, American Indians have lived in times of termination—where the federal government actively seeks out the destruction of our sovereignty—as well as acts of governance that respect our sovereignty and work to bolster it. American Indians had already been living in a time of termination under the Trump administration, and the virus has worsened this reality considerably. But there are still glimmers of hope: The three aforementioned Cherokee Nation authors are merely the tip of the emerging Native Renaissance: Arapaho/Cheyenne author Tommy Orange’s bestselling 2018 novel, There There, was nominated for nearly every major literary award, including a National Book Award. Pueblo author Rebecca Roanhorse’s 2018 fantasy novel, Trail of Lightning, won a Hugo Award, making her the first Native American author to win. Though the coronavirus has dealt a blow to the publishing industry, these authors aren’t going away

Losing momentum around Native art and languages will have concrete, real-life consequences for everyday American Indians.

There has also been progress in the fashion and art industries, and considering that many of these businesses, such as B.Yellowtail and Eighth Generation, already operate online, it’s increasingly clear that Native art has the potential to survive this pandemic. Yellowtail will still be a political and fashionista force—and she’s currently giving all proceeds from selling goods to the artists whose work she sells alongside her own. Eighth Generation’s Louie Gong, a multidimensional artist whose work includes phone cases, earrings, and furniture, is now manufacturing face masks for Seattle’s Indian community. And through it all, U.S. citizens should look to Indigenous life to better understand the importance of self-governing, especially for Natives.

We should look to the Lummi Nation, which took independent and immediate action in January 2020 to combat COVID-19. Before the coronavirus hit the United States, the Lummi Nation had already begun using tribal money to build a better healthcare system. And according to the Seattle Times, once it realized the potential global impact of the coronavirus, it began “gathering medical supplies, including test kits from a range of sources—including a vendor now sold out—and personal protective equipment in February, and reached out to the [University of Washington] to arrange test processing. The tribe had 300 tests on hand as other clinics around the region were scrambling.” Like the rest of the world, Indian country is scared, and it has even more reason to be. But Native people also know that our languages, our arts, and our right to self-govern will save us.

It’s ironic that some U.S. citizens believe that any attempt at a rational, science-based government mandate is oppressive. Many of these same citizens are descendants of those responsible for the genocide of many Native tribes, but now they are staking a claim to their form of self-governance, without realizing the inherent privilege in being able to stay home and watch or read art about people who look just like them, to exercise their right to vote unimpeded, to have officials working for their survival or to have the right to—as usual—endanger the lives of so many of us without a second thought. Perhaps taking a closer look at the people they ignore, look down on, and deride, the people whose identities they often co-opt, could lead them to an enlightened future.

Read this Next: An Old New World 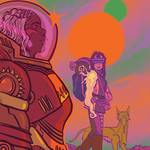 by Abaki Beck
Colonization and marginalization are commonly used as plot points, but for Native Americans these are not fantastical, imagined scenarios. We live them. 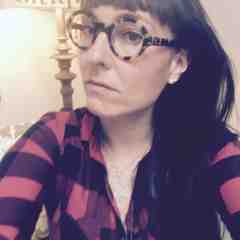