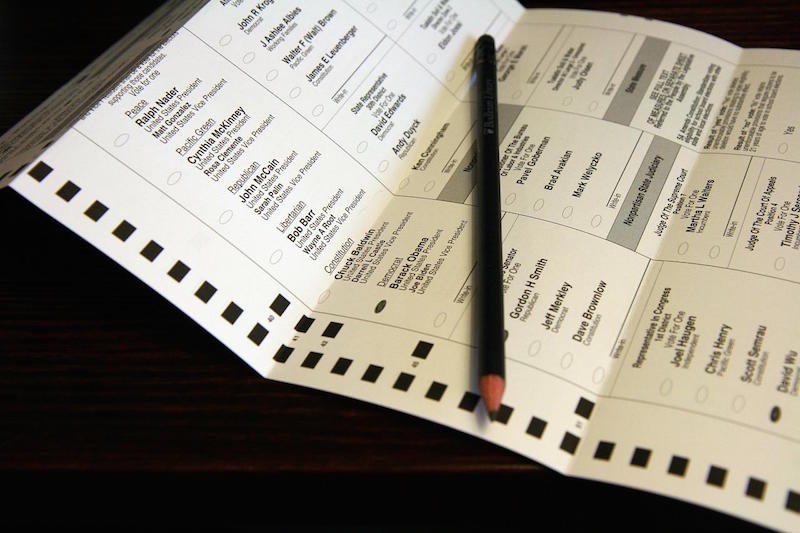 Voting by mail can be a good option for some people with disabilities, since you can do it at your own pace, in your own home. Photo by Holly Hayes (Creative Commons).

Robin Tovey lives in Portland, Oregon, and she’s voted in every election since the 1990s. But one of her first memories about an election is from junior high, when she was growing up in a small town in rural Oregon and Jesse Jackson came to speak at the high school.

The junior high kids who were in honor society got bussed over to the high school. Tovey, who was born without arms or legs, had to get a ride from her dad—the bus wasn’t accessible. When she got to the school, she heard one of Jesse Jackson’s most famous speeches: the “patchwork quilt” talk.

“When he spoke, he mentioned lots of different minority populations and the importance of inclusion,” Tovey says. “And it made an impact on me that day. So even if it was a number of years before I could vote, that was a pretty cool bit of exposure to have early on, and [it] made me think more about what was important.”

Tovey hasn’t missed an election since she was old enough to vote, and the way she sends in her ballot is pretty straightforward: She gets it in the mail, puts a pencil in her mouth, and fills in the form. Then she signs, seals, and stamps it herself. 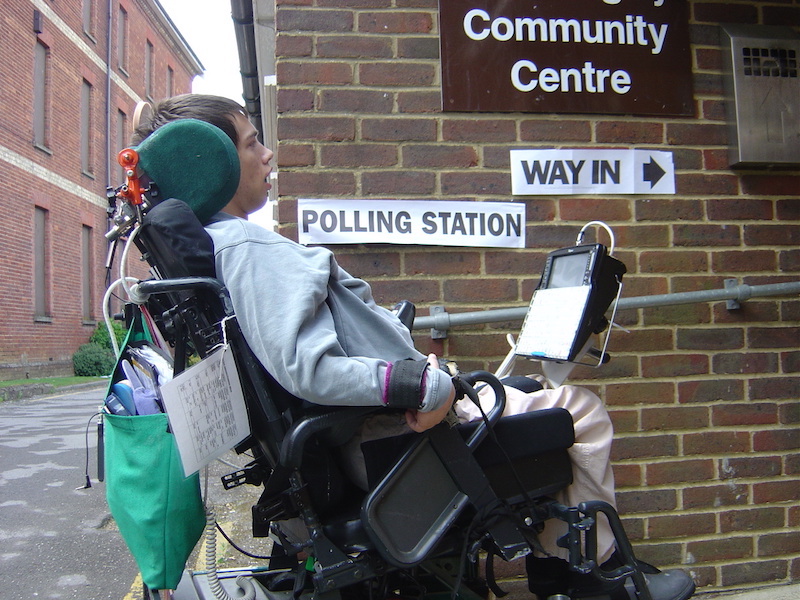 A voter who uses a wheelchair heading to the polls in the UK. Photo by RockinPaddy (Creative Commons).

In the United States, there are an estimated 56 million people with physical or developmental disabilities. Federal laws say that all polling places must follow a basic accessibility checklist. It includes things like wheelchair ramps, parking spaces, and entrances that are wide enough. But not all polling places even meet these minimum requirements.

Gregg Beratan, a disability rights advocate and a cofounder of the hashtag #CripTheVote, says that while his own learning disability hasn’t prevented him from voting, he’s seen plenty of examples where basic access was denied or made harder.

“The experience in urban areas I’ve seen is pretty appalling,” Beratan says. “There are places that are just inaccessible, where people are told that your only option is to get an absentee ballot.”

“I have a twin sister with a developmental disability as well, and she’s been given grief about getting assistance when she votes,” he continued. “A supervisor had to be called to get approval, and the volunteer didn’t want to let her go in with an assistant even though it’s her right to do so.”

Beratan points out that a lot of places don’t even get the basics right. And federal laws still leave enough room for states to make voting harder. Voter ID laws have been passed in 33 states. People with disabilities get the IDs that are now required to vote in some states at much lower rates, partially because many disabled people don’t drive. Four states deny the ballot to people who live under guardianship. And 30 states have laws that can ban people from voting who have been considered “mentally incapacitated” by a court.

“I don’t think there’s a lot of reinvention that needs to take place as much as actually spreading good practices,” says Beratan.

WHEN “ONE SIZE FITS ALL” DOESN’T FIT 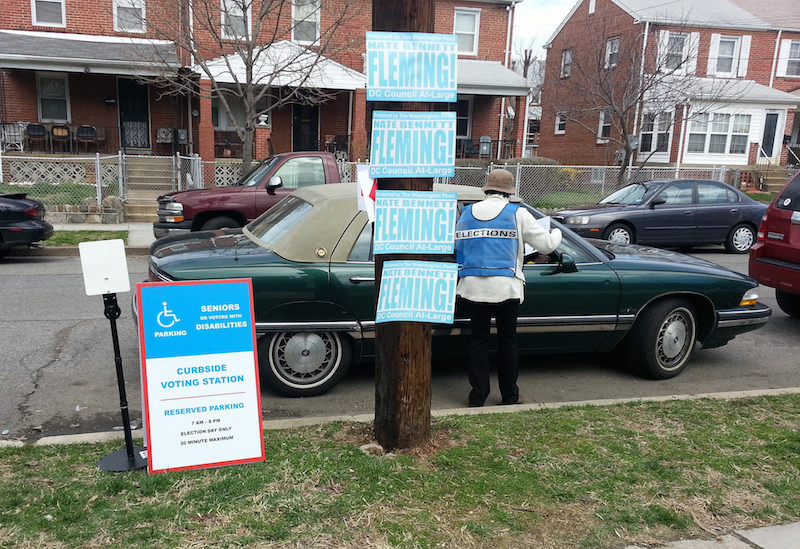 This was a running theme as I talked to more people: There should be many options, because there are many kinds of needs. For instance, there’s curbside voting, where people bring the voting machine out to your car. There’s automatic voter registration. And states like Oregon, Missouri, and New Hampshire have worked on special tablets that can be brought to people’s homes.

One activist took this theme a step further and said there should be many options that all voters can choose from. Whether or not they have a disability. That way, nobody has to have an “excuse” to pick any one option.

Another option is vote by mail, which is how Tovey casts her vote in Oregon. And Oregonians are proud of the way they vote—last month, Sens. Ron Wyden and Jeff Merkley proposed a bill to expand vote by mail to the rest of the country.

Beratan says that vote by mail is a great system, but it’s not a silver bullet. He says it’s also important for people to feel seen while casting a ballot, because “it’s actually important that the community is seen as members of the voting public.”

“I’m not advocating taking away mail-in ballots, but you need to give them that choice,” he says. “It shouldn’t be the system’s choice; it needs to be the person’s choice.”

There’s not one perfect design solution that disability activists agree on. It’s more like a series of good ideas to address the many different needs that people have. But there’s one thing everybody agreed on: There have to be more options, and they all need to work equally well. 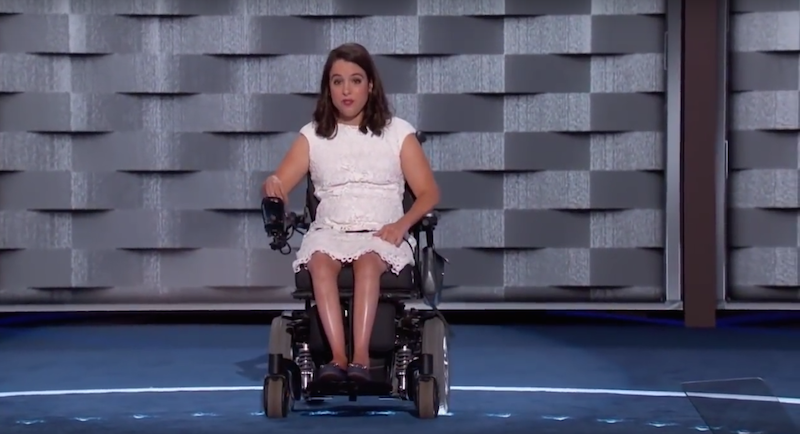 Anastasia Somoza during her speech at the Democratic National Convention.

In this election, disability rights have occasionally taken center stage. One of the most powerful speeches at the Democratic National Convention this August was given by disability advocate Anastasia Somoza.

Tovey happened to turn on the convention just as Somoza was speaking. While Tovey felt that Somoza did “a nice job,” she remained cautiously optimistic. She was wary of what she called a “heartstrings” approach, where people with disabilities are paraded out in order for TV audiences to feel things instead of change real laws.

Andrew Pulrang, another cofounder of #CripTheVote, is cautiously optimistic too. He says we’re in “a middle step—we’re getting out of the realm of lip service into something more substantive.” The hashtag was partially founded because disabled people weren’t being mentioned at all in speeches during the primary season.

“There comes a point in the speech when you mention all the different types of Americans who are struggling to achieve the American dream,” he says, “and you list—right? You use the rule of three, and you list three to four different groups to illustrate what you mean by minorities or disadvantaged groups.”

“And what we noticed is that they were not including people with disabilities, when in previous years they were at least doing that…But we were not even getting lip service.”

As far as raising visibility is concerned, Pulrang says a big measurement of success will be whether or not disabled people are included in all the election data that journalists love to analyze.

“It’ll be a big step, when, the day after the election, when all the journalists are poring over the results and doing stories about, well, what did it all mean? And they’re going and talking about how did Black people vote. And how did women vote. And how did people with this income bracket vote. That they are also saying ‘And how did disabled people vote?’ They never really do that.”

More than 35 million Americans with disabilities are eligible to vote. Some people have no problem voting, and others have lots of obstacles in their way.  But there are specific patterns that link all people with disabilities. Pulrang put it this way:

We can do these things, but restricting it to a certain way is what makes it hard for us. If I didn’t have a car, I could in theory walk to my polling place from where I live. It would ruin my day to have to walk there, but I could.

But if my car wasn’t working, or if I didn’t have a car, then I would literally be faced with the possibility that I might just bag the whole idea of voting. Even though it’s only a couple of blocks away. And a lot of disabled people don’t have cars.

And you don’t have to pile on too many things going wrong for it just not to happen. Everything has to work perfectly. And when it does, it’s no problem. But all it takes is one to two things not going well to basically ruin the whole thing, and the temptation is definitely then there to say, ‘Y’know, screw it. I’m not gonna do it, or I can’t do it. I can’t do it today. I could do it tomorrow, well, you can’t do it tomorrow. It has to be today. It, to me, is the big, big barrier that overshadows all of it.”

Robin Tovey echoed this idea and connected it to barriers that everybody faces. She says it’s one thing to have the actual right to vote. But we need to remove every barrier of every size so that people can actually fit voting into their schedules.

“We talk about voting rights in the U.S. But I think it can be somehow a privilege, because say you’re a single mom with several kids and it’s just really difficult to get there that evening. Or say you have some mobility limitation and you’re going to have to take two different buses, or get a ride, or call a cab that may or may not be accessible. Don’t even get me started on Uber. And that’s really going to prevent you from perhaps even following through on the best intentions you might have.”

For Beratan, Tovey, Pulrang, and others who are working on these issues, being seen is a huge part of voting. You can’t change laws without applying pressure, and you can’t apply pressure if people don’t know you’re there. The population of Americans with disabilities is so huge and diverse. It’s time for more politicians to start paying attention.

This article is part of our podcast episode “Designing for Democracy.” Check out the full episode here!

Alan Montecillo is an independent radio producer in Portland, Oregon. He is currently the producer of Racist Sandwich, a podcast that tackles food, race, class, and gender. You can follow him on Twitter. 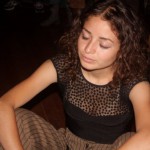