Feminist Organizations in the Fight Against Climate Change | Bitch Media 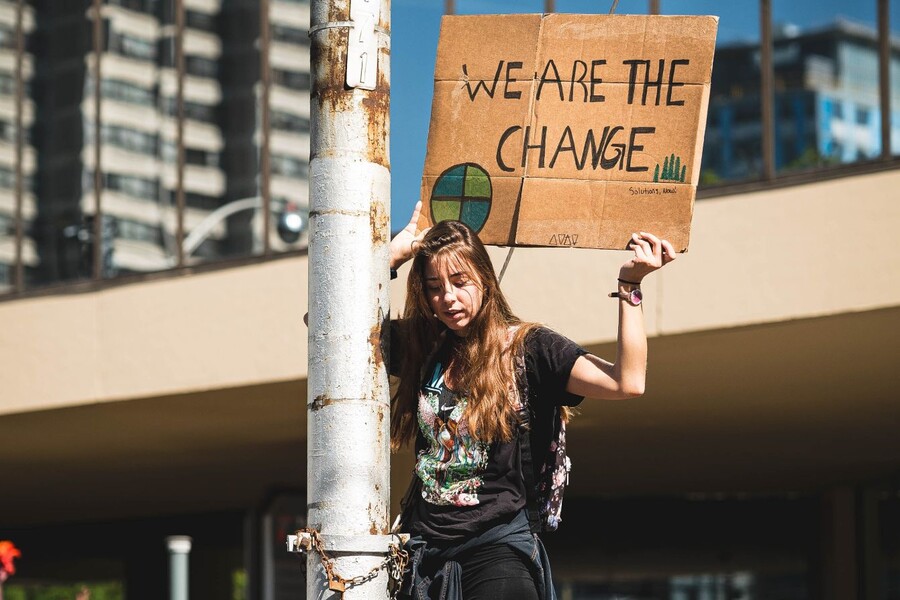 On Monday, August 9, the United Nations released a new climate report that emphasized one major point: No matter what we do, the earth will warm a total of 1.5 degrees Celsius by 2040 or earlier. To put this into perspective, the earth has warmed 1.1 degrees Celsius since the 1800s. The dramatic effects of climate change have become clearer than ever in recent years, with wildfires raging across both hemispheres, shrinking coral reefs, melting glaciers, and severe cold fronts; these are likely to become both more common and more extreme. Countries in the Global South and Black and Brown communities across the globe continue to face the most dire conditions, despite contributing the least to climate change. The U.N.’s report underscores how important it is to act now: Climate change is created by humans, but it can also be slowed by humans.

Ecofeminism was born from the white radical feminism and environmental movements of the ’70s, and proposed that the oppression of women is directly tied to the oppression of the environment; therefore, women are the solution to environmental problems. Like much radical feminism, however, ecofeminism’s focus often excludes queer, disabled, Black, and Brown voices and viewpoints. A modern alternative is intersectional environmentalism, which Leah Thomas, the founder of the media organization Intersectional Environmentalist (IE), describes as a movement that advocates for feminism, but it’s much more inclusive in its focus on “the ways social inequalities influence our perception of environmentalism.” We can see hope for Mother Earth in movements like IE, as well as in new generations of activists and approaches.

1. Women’s Media Center and the Climate

Women’s Media Center (WMC) was founded by Gloria Steinem, Jane Fonda, and Robin Morgan in 2005. Among its projects is WMC Climate, which editor Lauren Wolfe established to recognize the disproportionate impact of climate change on women and people of color and give those very people a voice to share their experiences and report on global events. Since President Biden’s inauguration, WMC has published the dispatch “Biden Climate Watch” to track the progress of his proposed policies. Like other advocates on this list, WMC recognizes the important role politicians play in creating climate action. By providing a platform for women and nonbinary folks to cover topics that most affect them, WMC and Wolfe are proving that change is possible.

Adding to the many eyes on the Biden administration, the homepage of IE’s website links to a short letter to Biden titled “We Need Climate Accountability + Action NOW.” This letter, along with the group’s actions, insists that we all acknowledge the threat of climate change as an emergency, one that requires immediate and thorough action. Among IE’s resources are downloadable media packages that individuals and communities can use to educate and promote climate activism, as well as a list of BIPOC- and LGBTQ-owned businesses. The organization shows transparency in their partnerships as well, practicing what it preaches when it comes to inclusion and environmental justice.

Climate change is created by humans, but it can also be slowed by humans.

3. All We Can Save edited by Ayana Elizabeth Johnson and Katharine K. Wilkinson

Published by One World in 2020, All We Can Save is an anthology that represents women across the globe in their fight to save Earth from human destruction. Contributing writers include adrienne maree brown, Joy Harjo, Ada Limón, and more. On her podcast How to Save A Planet, cohosted with Alex Blumberg, Johnson shares a chapter of the anthology entitled “Like the Monarch” written by Sarah Stillman and read by America Ferrera. All We Can Save is also a larger project that offers resources to educators, book clubs, and activists. Both the project and anthology seek to combine the knowledge of its contributors—among them marine biologists, teachers, and artists—and encourage all of us to do something to save the environment. They believe that starting a conversation makes a difference and have provided the resources to minimize excuses.

This youth-led organization began in 2015 as an East Coast coalition, but in 2017 the Sunrise Movement became a national nonprofit. Since then, the movement has worked closely with politicians on the Green New Deal and have endorsed various politicians who pledge to help in the climate crisis. It remains committed to nonviolence and working with the communities where their hubs are located; there are more than 400 such hubs across the United States. As a nonprofit, the organization works to create jobs through the Green New Deal for young people who—particularly during the ongoing pandemic—are entering a shaky job market. It also seeks to create leaders by providing training for members. The Sunrise Movement insists that young people are the answer and that change needs to be created right now, and it too has actionable plans for the Biden administration, as well as for politicians across the country.

Greta Thunberg, 18-year-old Swedish climate activist, had many social media standoffs with former President Trump. Before that, however, she rose to prominence as the founder of Fridays For Future (FFF), a campaign that began in 2018 as a school strike during which Thunberg spent Fridays at the Swedish Parliament urging them to commit to actions against climate change. Since then, Fridays for Future has become an international movement, with thousands of student-led climate strikes taking place  across the globe. Long before Monday’s UN Climate Report, scientists have known that a warming of 1.5 degrees Celsius would be dangerous, and one of FFF’s major campaigns is Fight for 1.5. People may gripe about students skipping school for strikes, but it’s impossible to ignore the fact that it took only one teenager to spark an international movement that actively engages both young people and politicians.

All in all, the recent climate report should be striking. It should make you want to do something, but it is also a reminder that it doesn’t matter who you are, where you are, or how old you are. There are actions against climate change that can work with your budget and time. It’s heartening to know that our efforts can have an impact, and that there are people and projects willing to show us the way.

Read this Next: Better Than Sex Ed 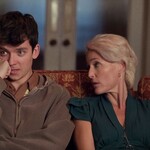 by Addissyn House
When sex education isn't what kids need, they look to pop culture for the answers.