Jean Guerrero’s “Crux” is an Exploration of Family, Heredity, and Culture | Bitch Media

At the Borders, On the MarginsJean Guerrero’s “Crux” puts a reporter’s lens on family and memory 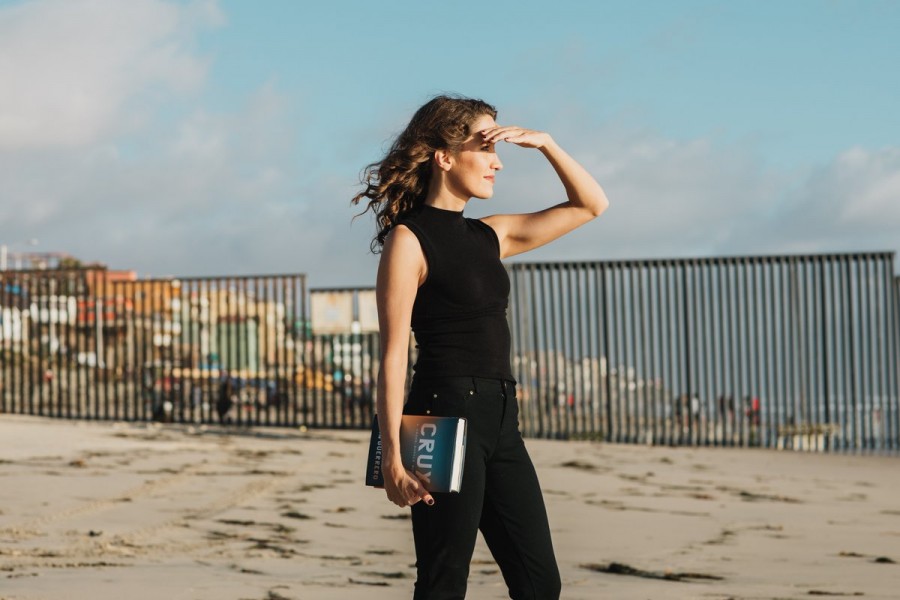 Growing up, Jean Guerrero looked at her father with a mixture of both awe and anxiety. Marco Antonio was an enigma, a charismatic man who easily drew people into his orbit only to furl into himself and his demons. He could make himself a hero and just as easily cut his daughter down with venomous remarks. In her new book Crux: A Cross-Border Memoir, Guerrero—a former foreign correspondent who recently won two Emmys for her series “America’s Wall”—uses her investigative-journalism background to unearth her family’s painful history and make sense of her father’s complexities.

This journey takes Guerrero back and forth between her home in California and her family’s ancestral lands in Mexico. Yet even with her paternal ancestors’ slow immigration north through Mexico and toward the United States, the idea of borders as a theme feels shoehorned in. Guerrero’s mother is Puerto Rican (something not discussed in too much detail in the book) and her father grew up in Mexico, but while her father’s family was poor, crossing the border to work in the United States seemed by all accounts pretty straightforward. When the family accumulated more wealth and was able to move to California, they did so at a time when immigration from Mexico was much easier than it is today. And once they settled there, their family meat business became a great success. Guerrero’s grandparents are now well-off, allowing the family to easily travel to and from Mexico to work or visit relatives.

Still, Crux is intriguing in the ways it explores the concept of reality itself. Guerrero was a little girl when her father was diagnosed with schizophrenia. In hindsight, she recalls, hints of mental illness had always been there, but were always written off as either eccentricities or the results of drug use. For Marco Antonio, the first undeniable break with reality happened after a humiliation at work; he quit on the spot and deteriorated from there, cycling between bouts of hyper-productiveness, paranoia, and severe withdrawal from everyone, including his family. He drank too much and smoked crack, and his wife thought the drugs had ruined his mind. Ultimately, for everyone’s sake, she asked him to leave. His stints in rehab and the far-flung journeys that let him temporarily escape his demons meant that he missed a lot of Guerrero’s formative years. 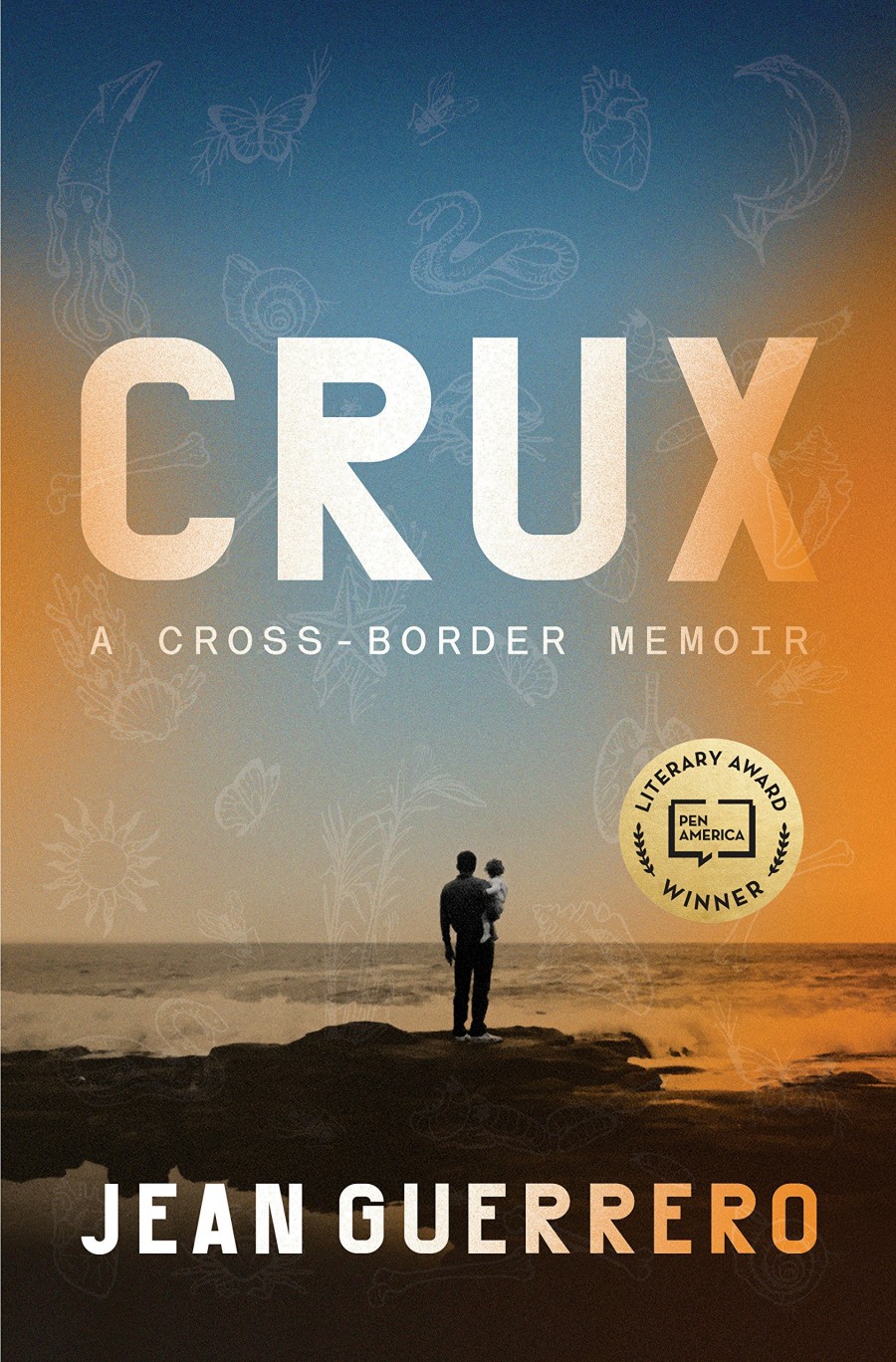 Crux: A Cross-Border Memoir by Jean Guerrero (Photo courtesy of One World)

Marco Antonio began insisting that he heard voices; in 2008, on Guerrero’s 20th birthday, he confided to her that the CIA had experimented on him during those periods he’d been missing from her youth, recounting terrifying experiences of being shocked and tormented. The calm clarity of his retellings even led her to entertain the possibility that he’d been an unwilling participant in something similar to Project MKUltra, the CIA’s now-notorious Cold War–era mind-control experiment that used people seen as lacking credibility, such as drug addicts, as guinea pigs. Guerrero was determined to examine all angles of father’s story, no matter how far-fetched, because it was all relevant to understanding herself: She had always wondered why her father was the way he was, and had grown up anxious about her own mental state. Whenever Guerrero would step out of line or talk back, her mother would accuse her of “acting schizophrenic.” The line cut deep, often making Guerrero question her own grasp on the world and act on self-destructive behaviors.

Guerrero was determined to examine all angles of father’s story, no matter how far-fetched, because it was all relevant to understanding herself: She had always wondered why her father was the way he was, and had grown up anxious about her own mental state.

So when Guerrero got the opportunity to move to Mexico City and report on coffee plantations and cocoa farms, she jumped at the chance to move to her father’s homeland and learn about his past. In fact, Marco Antonio initially accompanied her there for safety (this was in 2010, a time when Mexico’s cartel violence was escalating), and she finally got to see her father through her adoring relatives’ eyes. To them, he was mysterious and larger than life, a curandero, or a healer. His eccentricities and drug use? Acceptable shamanic practices. Guerrero began wondering: Does he even have schizophrenia, or is he a mystic like his great-grandmother? Ultimately, she found, there was no simple answer or singular truth, and there never will be.

Fans of HBO’s Westworld are by now familiar with Julian Jaynes’s concept of the bicameral mind, a philosophical exploration of how mankind attained self-awareness. In the left hemisphere of the brain, the theory goes, the voices in one’s head were the gods whispering thoughts to a human; the right hemisphere interpreted these thoughts. As synapses between both hemispheres developed, so did true consciousness and self-actualization. Guerrero references the bicameral mind and other philosophical possibilities regarding her father’s state, reflecting on them alongside her culture’s embrace of curanderismo and spirituality. In this light, anything and everything becomes a possibility at the intersections of culture and the intangible nature of reality.

Memoir fans will love the ambitious and sometimes experimental structure of Guerrero’s debut. In spite of the pain and dysfunction that Marco Antonio caused in their family’s life, Crux remains a love story of a daughter trying help her father find a place in the world: somewhere between the logical and the unknowable, between the standards of Western medicine and the curanderismo that runs in his blood. It’s a wild ride. 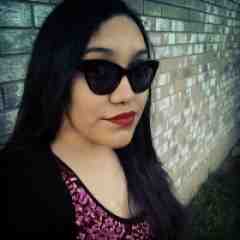