Capitalism Is a Cult, and You’re Already a Lifetime Member 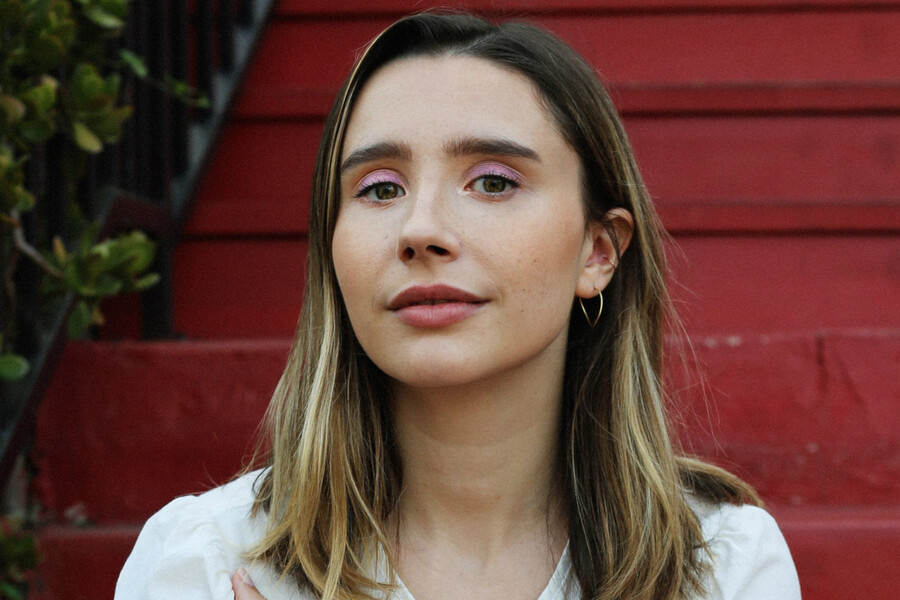 Under the shadow of Western capitalism, we’re all fluent in what linguist and author Amanda Montell calls “cultish,” or the language of fanaticism. Idioms such as “the almighty dollar,” the idea that “buying into” something is synonymous with believing, and a host of other capitalist-tinged phrases permeate our vernacular, particularly in the United States, where the unattainable ideal of the American Dream runs rampant. Montell’s perceptive new book, Cultish: The Language of Fanaticism, parses the intrinsic connection between language, culture, and ideology through the lens of obsession, devotion, and coercive submission. As its title suggests, Cultish explores the rhetoric of extreme systems, including the cult of Western capitalism.

It’s not surprising that Montell is able to rigorously unpack a key facet of our contemporary lexicon. Her 2019 book, Wordslut: A Feminist Guide to Taking Back the English Language, precisely dismantles the ways common speech oppresses those who are already marginalized and what it means to fight through words. In Cultish, Montell again deconstructs language, and though this topic might appear niche in comparison—you’re not likely to join the Church of Scientology, right?—it brilliantly demonstrates how many of us are much more bound up in this sociological phenomenon than we may believe. The word “cult” itself eludes a universal definition, but it can be categorized by a few tenets, including exploitation, mind-altering behaviors, and an ends-justifies-the-means approach. (Hello, capitalism.) Cultish is discerning and rich, offering context for the Protestant histories that influence much of our modern fanatic language and the systemic failures that have produced the conditions for these groups to take root and thrive.

Spanning from Peoples Temple to Amway and CrossFit, each chapter explores the rise of specific organizations as it vacillates between members’ unique verbiage and the rhetorical strategies leaders’ employed, or in some cases continue to use, to recruit, condition, and entrap new members. Heaven’s Gate renamed its followers, for example, to signify that they’ve been reborn as part of the group, while “alternative healers” such as Joe Dispenza muddle jargon and redefine words with factual inaccuracies in order to be perceived as highly learned and trustworthy by those who aren’t aware. Similar to the language of scams and gaslighting, cultish language also purposely obscures and confuses both followers and nonbelievers as a way to establish legitimacy, exploit those involved, and produce a firm distinction between members and outsiders.

Cult leaders also rely on co-optation as they skew definitions and create new lingo. Montell is constantly questioning what it means to “see someone’s vibrations” or become “enturbulated” (to be distressed or upset in Scientology lingo), which is a semantic practice that we can emulate. It’s necessary to consider every situation with a healthy dose of skepticism, especially one that’s being sold as a utopian alternative to a broken system. Montell doesn’t examine cults through the voyeuristic or sensational lens often generated by The Vow, Wild, Wild Country, and other recent docuseries. Rather than participating in the spectacle from the safe distance of a living room, Cultish is deliberately unsentimental and research based, which allows Montell to humanize those in the clutches of a cult. As she points out in the book, the idea that humans can be literally brainwashed is a myth that overlooks the incredible power of mental and emotional coercion. No one is entirely immune to succumbing to charismatic leadership, though some people are more susceptible due to childhood trauma, economic status, and a host of other factors.

Instead, Montell writes that “an overabundance of optimism” is the key reason people are prompted to join one of these groups. Folks are willing to believe that an opportunity to be part of a movement or find a new community will improve their lives beyond what they can do on their own. While she leaves room for the benefits of belonging harbored in nonfatal or all-consuming contexts—basically any group that gives an easy out and won’t shatter a person’s entire life if they decide to leave—it’s difficult to imagine how anything that works on our psyches in such imperceptible ways doesn’t have the potential to be problematic and harmful, particularly when it’s inherently tied to ideology.

There are many reasons why many of us are immersed in the language of Western capitalism and inevitably buy that starter kit to sell eye creams or find intrigue in the “soul-altering” workshops hawked by gurus. For one, the traditional systems that should be providing basic needs have failed: Before the pandemic, 25 percent of Americans couldn’t afford necessary healthcare costs, a number only exacerbated by COVID-19; precarious low-wage jobs keep people in poverty; and an incessant culture of productivity and betterment tells us that if we don’t have fulfilling jobs, meaningful hobbies, healthy relationships, and extreme fitness regimens, then we must be unworthy of whatever we’re striving for. Combined with the loneliness epidemic and need for belonging, cult-like groups can be an appealing alternative to real-life woes. Unfortunately, these systemic failures disproportionately affect marginalized populations, especially when the path to achieving the American Dream is narrow and basic needs aren’t being met. These alleged solutions, whether investing hundreds of dollars to sell Herbalife protein shakes or trying to reduce anxiety through a spin class, are flimsy, pre-soiled Band-Aids for gaping wounds. As Call Your Girlfriend’s cohosts, Ann Friedman and Aminatou Sow, reiterate, the scam is structural. 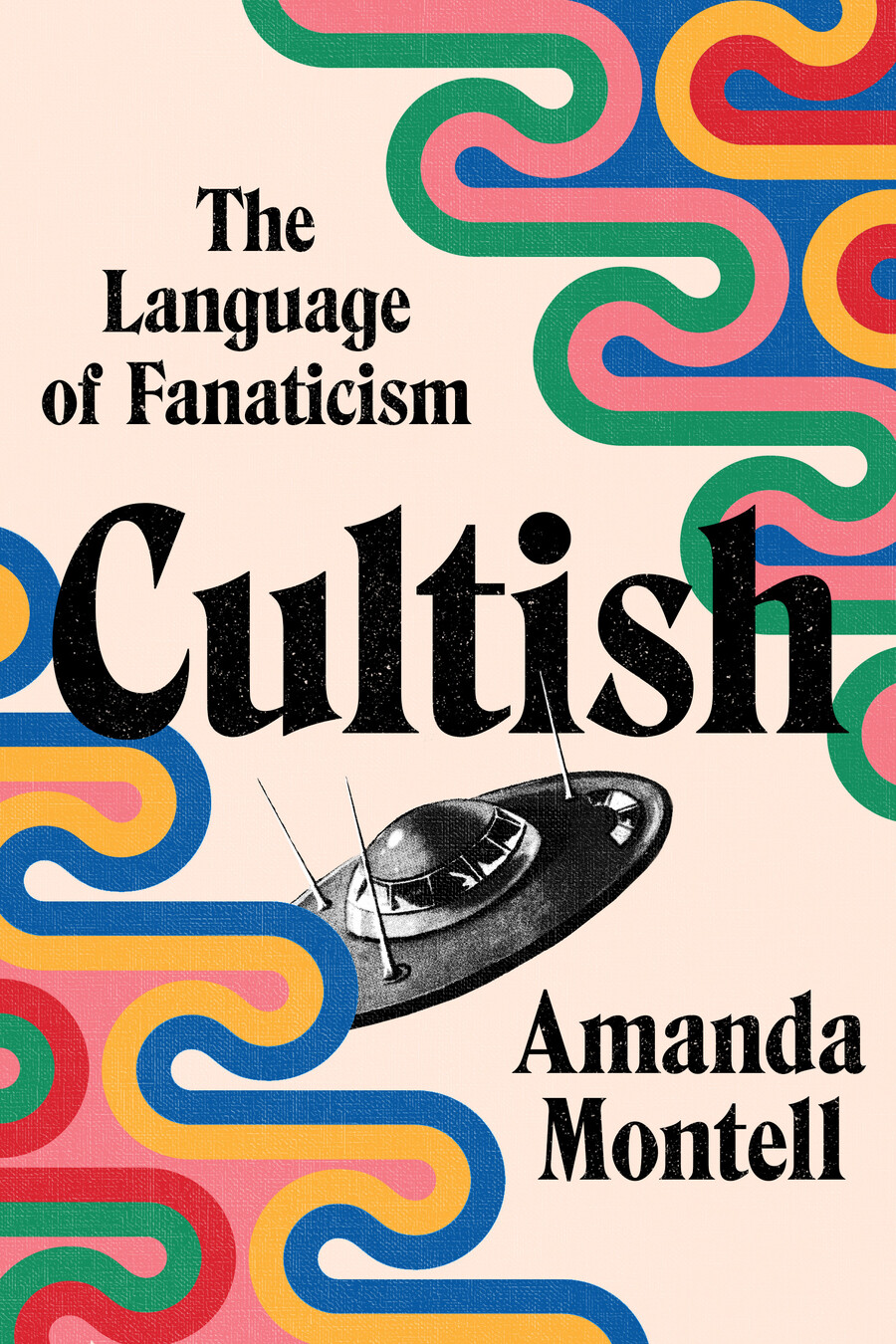 Although Montell doesn’t directly connect every organization and leader she details to a specific capitalist impulse, that relationship reinforces most of what she’s chronicling. “The cult of multilevel marketing is a direct product of the ‘cult’ that is Western capitalism itself,” she writes. Those at the forefront of the Kundalini yoga religion 3HO, SoulCycle, and LuLaRoe, in addition to the motivation behind an ever-growing group of New Age Instagram influencers, are similarly bound by an unremitting drive for greater dominance and wealth: The more people they convert into followers or part of their branded community, the more money they make and the more power they have. Beyond structural failure, there’s also the issue of decision fatigue and burnout. “As our generational lore goes, millennials’ parents told them they could grow up to be whatever they wanted, but then that cereal aisle of endless ‘what ifs’ and ‘could bes’ turned out to be so crushing, all they wanted was a guru to tell them which to pick,” Montell writes. On top of a tumultuous political landscape and lack of necessary services, the weight of even the smallest decisions can be too much to bear.

Even those of us who aren’t purchasing expensive classes or signing up for weeklong wellness retreats may find ourselves bowing to the algorithms of social media, one that pairs photos of our friends’ pets with targeted advertisements for a new “cult classic” beauty product or homeware. Cult language is woven into so many facets of contemporary life that it’s impossible to escape it, but identifying the places it shows up can help us recognize it when it appears. “Above all else, it’s important to maintain a vigilant twinkle in your eye—that tingle in your brain that tells you there’s some degree of metaphor and make-believe here, and that your identity comes not from one swami or single-minded ideology but from a vast amalgam of influences, experience, and language that make up who you are,” Montell writes.

Identifying thought-terminating clichés—or semantic blocks designed to end critical thinking and debate—is one of the most effective tools for sussing out cultish behavior that’s already begun to take hold. Phrases such as “everything happens for a reason,” “don’t be ruled by fear,” and “boys will be boys” shut down potentially productive and vital conversations before they begin. Despite their intent, a thought-terminating cliché should trigger a need for further questions. While cults hold potential for destruction and heart-wrenching outcomes, Montell’s book exudes optimism. She writes with an underlying assumption that if we can learn to recognize and pick apart the vernacular of fanaticism, there’s no need to fear. After all, if language has the power both to produce our reality and entrap us so wholly in someone else’s, then it also has the ability to set us free.

Read this Next: Must Every Murder Show Revolve Around a Dead Girl? 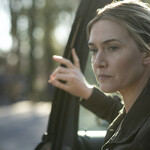 by Eleanor Howell
The victim is never really fleshed out. 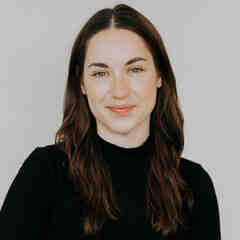 Grace Ebert is a writer and editor living in Chicago. You can always find her covering art, design, and generally cool visual culture over at Colossal.