Yes, We’re Still Blaming Women for Being Unable to Conceive 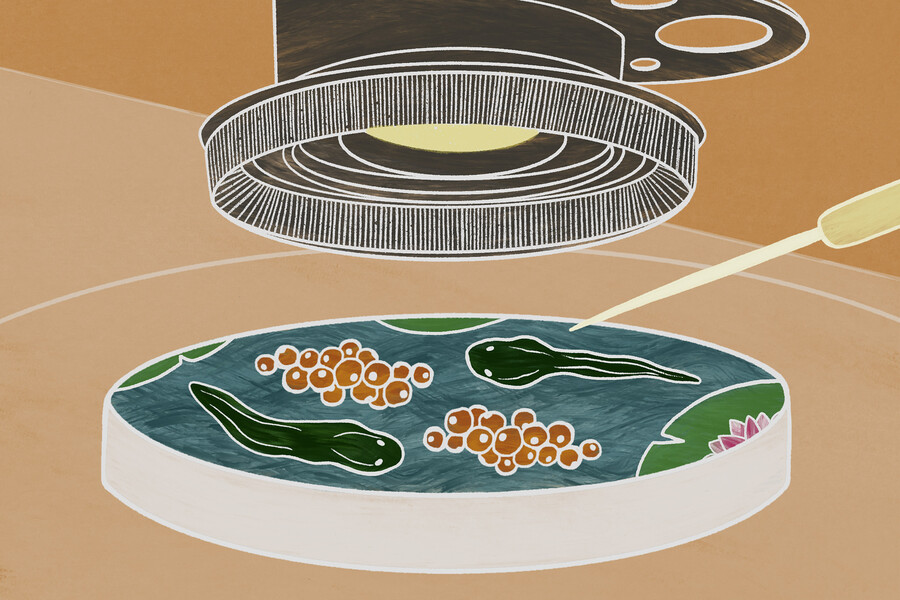 “You’re a good man for being with someone like her.” The first words out of the doctor’s mouth upon hearing my medical history weren’t about my odds of conceiving; they were about how unlovable my disabled body must make me. I sat there, too stunned to speak, as he explained to my partner that none of his groundbreaking work on ovarian preservation would be effective for my 25-going-on-45 ovaries. The judgment from family and friends wasn’t much better: Did I know I could adopt? Everything happens for a reason. Why did I even want kids, anyway? Everywhere I turned I felt I had to beg for my right to do what so many do naturally.

It’s hard to win if you identify as a woman: Women who have children are judged either for staying home or for going back to work. And women without children are told they’re selfish. Given the pressure women face to reproduce, it would be easy to assume that those trying to have kids would somehow get a free pass: Surely they can’t be criticized for not wanting kids or judged through the lens reserved for parents. But as anyone struggling to get pregnant will tell you, that isn’t the case. Women trying to have kids face a unique mix of scrutiny that requires them to defend themselves and their right to have biological children. Rather than recognize infertility for what it is—age-related declines in ovarian function or a side effect of reproductive diseases such as polycystic ovarian syndrome, endometriosis, and uterine fibroids—many people blame women for their inability to conceive.

A 2018 survey published in Fertility and Sterility found that 75 percent of people believe infertility is caused by alcohol and/or drug use and nearly 50 percent thought it was the result of family planning measures like oral contraceptives, intrauterine devices (IUD), and abortion. It’s worth noting there’s no evidence birth control pills or IUDs negatively affect fertility, and while smoking has been associated with decreased fertility, the relationship between alcohol and fertility is a lot less clear. “No matter what, women can’t win in this system,” Erin Heidt-Forsythe, associate professor of political science and women’s studies at Pennsylvania State University, says. Women with infertility are held to an unfair standard. If they manage to conceive biological children, they’re expected to be thankful and not complain about the challenges of parenthood. Or they’re expected to adopt, despite the fact that “it’s important to people to have their own children,” Heidt-Forsythe says. “There is some kind of drive for people to reproduce, and if the technology is there to have biological kin, people will try to have biological kin.”

Infertility has the unique ability to marginalize people who would never be considered disadvantaged otherwise. For some, infertility is the first time their body has failed them. If your pancreas can’t produce insulin, you have diabetes—a disability. If your body can’t produce a human, then what? Though there are benefits to calling infertility a disability—namely insurance coverage and legal protections that allow people to utilize expensive and time-consuming fertility treatments—this classification requires folks to adopt a stigmatized identity. While the average able-bodied person views disability as a bad thing, research published in Sexuality and Disability in 2014 shows that some women embrace this identity because it provides “evidence of an authentic, ongoing medical condition to present to those who questioned, blamed, or advised them otherwise.” It says a lot about the alternatives that people would willingly adopt a marginalized identity in order to receive proper care and compassion.

Though infertility can affect women at any age, its likelihood increases as you get older. And depending on your age, if you can’t have children, society considers it your fault for waiting—almost like it’s punishment for deviating from norms of generations past. Nearly 70 percent of those surveyed by the United Kingdom’s Progress Educational Trust (PET) in 2006 thought that women should accept infertility as a consequence of choosing a career over children. Half of those surveyed by PET thought IVF should have an age limit between 40 and 44. Age isn’t the only factor people believe should limit who can create a family: many also support IVF limits based on body-mass index (BMI) scores, income, and immigration status. Of those surveyed in a 2013 study published in the Journal of Women’s Health, 55 percent supported BMI limits for IVF and 39 percent didn’t think those classified as “obese” should be offered assisted reproductive technology. Only 40 percent believed in an infertile person’s right to have a family regardless of income, and 67 percent said U.S. doctors should not provide infertility treatments to undocumented immigrants. Doctors that work in fertility clinics can withhold treatments if they think those seeking to become pregnant would be unable to provide “minimally adequate care” or if they have a history of uncontrolled mental illness, child or spousal abuse, or substance abuse.

Society’s policing of infertile bodies does exactly what it sets out to do: limits who gets to experience motherhood by stripping women of their autonomy.

“We see this very stratified system, where some people are seen as deserving people who should have access to infertility care versus someone like a single person, or a queer couple, or a woman of color, or single mother,” Heidt-Forsythe notes. “All of these people are seen as either not in the narrative or undeserving of infertility care.” Though Black women may have higher rates of infertility, they’re underrepresented among IVF recipients. A 2015 University of Michigan study found that 26 percent of Black women believed their encounters with infertility-related care were influenced by race or class discrimination. Women surveyed said doctors assumed they were promiscuous or would be unable to pay for childcare. “Research has shown that people of color don’t see assisted reproductive technologies as within their reach,” Heidt-Forsythe says. “They think they’re too expensive; they think that doctors won’t diagnose them or treat them in the right way.” These stereotypes impede Black women’s ability to access the same caliber of care afforded to white women. Black women endure infertility for longer before seeking care, affecting their IVF success rate.

They also require more ovarian stimulation, which can lead to more expensive cycles, and have a lower likelihood of achieving live birth when compared to white women. “We have deep stereotypes about Black women and men particularly, and how fit they are as parents,” Heidt-Forsythe explains. ”For hundreds of years, we have basically prevented Black women and men from parenting in the ways they’ve wanted to.” In the grief of my own diagnosis, I began tracking social perceptions of infertility. I was hoping to understand how people could talk about how meaningful parenthood was, then judge others for seeking treatments that would allow them to have that same experience. Believing in God or the idea that everything happens for a reason were themes that appeared time and time again. In 2018, freezer malfunctions in California and Ohio led to the destruction of thousands of frozen embryos and eggs. The comments were vicious, ranging from “wonderful. If they really want to be parents, adopt” to explaining the malfunction as an act of God.

Society’s pronatalism ends with natural conception: Instead of lauding the science that makes more families possible, many religions oppose using technology to create human life or prohibit fertility services for single women or queer people. “Some religious organizations and belief systems say infertility is God’s will, don’t use any sort of assisted reproductive technologies,” Heidt-Forsythe states. This includes the Roman Catholic church, which condones IVF. Orthodox churches and Protestants tend to be less restrictive as long as it’s a heterosexual couple receiving services. Infertility treatments are largely allowed in Jewish, Buddhist, Hindu, and Muslim cultures, though some restrictions apply to the donation of eggs, embryos, and sperm as well as using IVF outside of marriage. This thinking shapes people’s opinions of fertility services, even among those who need these treatments to conceive. To help people whose religions don’t support IVF, some clinics offer compassionate transfers, which place leftover embryos in the vagina or uterus during a time where the embryo is less likely to implant so those receiving IVF know that the leftover embryos aren’t destroyed or left to sit in a freezer. At the end of the day, society’s policing of infertile bodies does exactly what it sets out to do: limits who gets to experience motherhood by stripping women of their autonomy. The loss of a woman’s most basic biological functions is painful enough, but it’s the othering and discrimination that makes it impossible to process the grief and trauma that comes with infertility.

Read this Next: Brain Loop 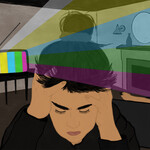 by Lynsey Giardina
Women are three times more likely to suffer from the invisible illness than men. 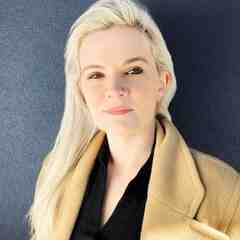 Jordan Davidson is a health journalist based in NYC. She is currently writing a non-fiction parenting book for people who are unsure if, when, or how they want to become parents titled So When Are You Having Kids?. You can follow her on Twitter @JA_Davids.