Cyanca is Returning the Timeless Feeling to Neo-Soul | Bitch Media

That Timeless FeelingCyanca Charts Her Own Neo-Soul Course 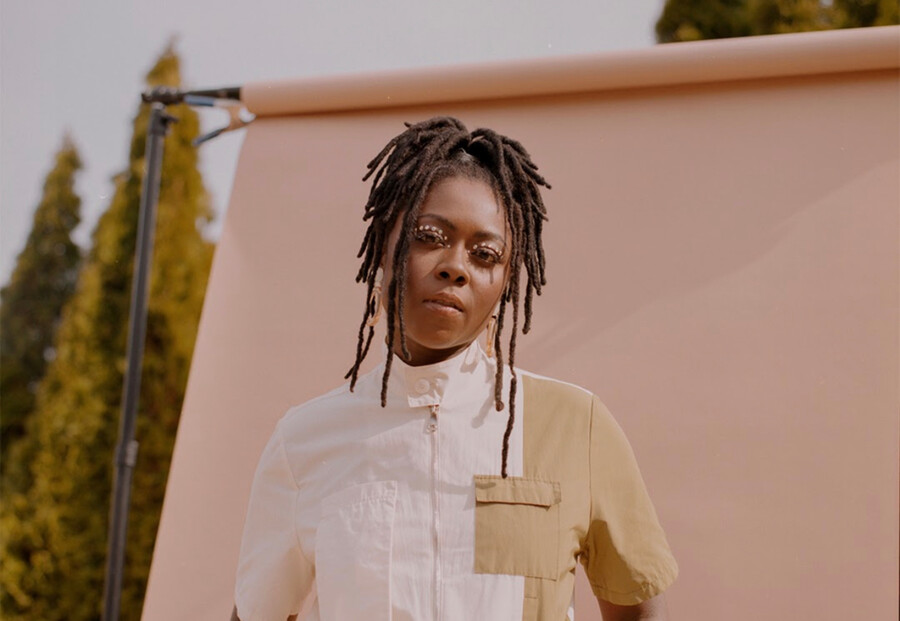 In 2017, Cyanca released The Isle of Queens, an EP that bolstered the artist’s profile with “New Phone, Who Dis?” an almost four-minute track that kicks off with a dominant, confident statement: “Paper, I’m getting this paper/ If you can’t coincide with my mind/ We can’t lay up.” The song landed more than 500,000 listens on Spotify and helped put Cyanca on the map as an artist for R&B fans to keep an eye on. In 2019, she released I’m Staying Home, a three-song EP composed of “Katina Brother,” “Patti Mayonnaise,” and “Home,” an album Ganzy called a “melodic reprieve for R&B fans.” In “Home,” Cyanca sings, “You don’t know the trouble that I’ve seen/ Talking about it only rewinds me, reminds me/ Constant pain I feel from this void in my chest/ All these silent tears over years of the best kept smile.” “I am a Southern, country, loc-loving Black girl from North Carolina that does R&B,” Cyanca told Teen Vogue in February 2020.

Popularized by Motown Records president William “Kedar” Massenburg in the ‘90s, neo-soul is having a resurgence. In Okay Player, writer Keith Nelson Jr. explains that, in 2020, “the movement is as strong as ever,” with artists like Umi and Ari Lennox inspired by the roots of neo-soul pushing the sound further, and in contemporary contexts. Like these artists, Cyanca’s work is an homage to the artists who came before her, including singer-songwriter Erykah Badu, who is at the center of Cyanca’s 2017 hit, “Badu.” She also consistently refers to the importance of her Black Southern roots. On “Badu,” Cyanca sings, “Badu, Badu / She helps me through my blues / I can’t can’t lose / Badu, Badu,” explaining how her “beautiful soul” offers a point of healing for Cyanca during difficult moments. There’s something beautiful, too, about how Cyanca recognizes the artists who paved the way for her in her own music, both building on the genre and offering nods to those who came before her.

Bitch spoke to Cyanca about finding inspiration from both church and pop culture, the way that a love for music threads generations, and what’s next for the up-and-coming artist.

You identify as a neo-soul artist. What does that mean to you?

I was hesitant to identify as a neo-soul artist since a lot of artists in the industry don’t. There’s always the notion that neo-soul is dead, and it’s never coming back. But [for me], seeing Ari Lennox refer to herself as a neo-soul artist was encouraging to me to stand in what I believe in. I grew up in neo-soul; my father was huge on Erykah Badu. He was a huge [fan of] Musiq Soulchild, J Dilla, Lauryn Hill, D’Angelo. Those car rides with my dad were like hip hop and R&B lessons. That’s something embedded in me and I’m just living through it.

The music videos for Busta Rhymes’s Put Your Hands Where My Eyes Could See (1997) and Missy Elliot’s Sock It 2 Me (1997) really stood out to me; they were different and very futuristic. The music videos were ahead of their time. Now, artists have music videos that mimicked what they did. Those two songs made me want to do that.

How do you think about the visuals in your own work? Tell me about “Patti Mayonnaise,” the name a reference to Patti from Doug. In the music video, you dress like her, which seems like an interesting move.

I make sure I’m telling a cohesive story. For me, it just made sense for the “Patti Mayonnaise” video to play off of the aesthetic [in Doug]. I want my videos to reflect where I come from in North Carolina, to reflect the soul, and to center Blackness. For example, Beyoncé’s Black Is King exemplifies Blackness.

How does being from the South influence your work?

I come from a Southern Baptist church where we’ve had church services under a tent; that sound is what I was birthed from. I was raised alongside my father, and my grandparents had custody of me at that time. They were so old-school: We didn’t have a dryer growing up, so we hung our clothes up on the clothesline. We grew up on well water, not city water. When it didn’t rain, it got rough for us. Things like that remind me of my Southern roots and [remind me of] what’s been passed down to me from generation to generation. My lyricism, for example, in “Badu,” is very rich in a Baptist, Southern sound down to the bassline and the tambourine, which is a prevalent instrument in the church.

What themes and threads remain consistent in your work?

I don’t know; I honestly am still a baby in this [laughs]. I only have two EPs out. I just know I want everything to be about Blackness. I’m going to be steering more toward Black women because I was raised by women a majority of the time; women run my family. I’ve been through a lot of traumatic things as a child, and my work is going to be rooting for all Black women.

You told Teen Vogue that your work is very independent. What is your process like now in terms of logistics?

[I run my work by] my manager. My manager is also my best friend. It’s a great partnership, and sometimes it’s terrible—we bump heads a lot—but she knows history, she studies it, and it’s [wild] how much she knows. Everything is run by her. We start from scratch and look at who we want to work on the project, who should produce, what is the sound? Do we want it to be about my personal life? We take so many factors [into account], but it comes down to the sound. Even with the Staying Home EP, we reached out to my homie Groove, who’s a producer. He sent me beats, and we were so focused on showing people more of who Cyanca is, rather than the sound. When he sent the “Patti Mayonnaise” beats, I thought of Nickelodeon and cartoons because of the melodic piano; I dug deeper into my favorite cartoons and got to the connection with Patti Mayonnaise, my favorite character in Doug. She lost her mom in the show; I lost my mom. Everything is organic.

In quarantine, what’s inspiring you? What’s the most exciting thing you’re working on right now?

I’m going to be honest with you: I’m not inspired. I’m in my house, in my room. I’m planning to start working on my album, but I was telling my manager I need to get into a place where I can get inspired. Like Asheville, North Carolina, which is very very beautiful, very scenic.

What song represents the direction you’re heading in?

I’d have to say “New Phone, Who Dis” for sure. It’s a hit song, it’s my most popular song, and it’s the wave I want to continue to bring to the table. That beat is just so amazing, and I don’t say much on the song because I want to leave room for people to think. A lot of my music going forward isn’t [lyric-heavy]; I don’t have to say a lot to get my point across. I want to leave my music up for interpretation. Every time someone hears the beginning, they’re like, “Oh my goodness.” I want to continue to create that timeless feeling. 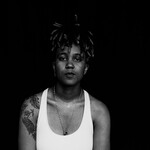 by Vanessa Newman
This BitchTape highlights the women and nonbinary artists of color who wear many creative hats, from being vocalists and instrumentalists to being producers and record-label owners.