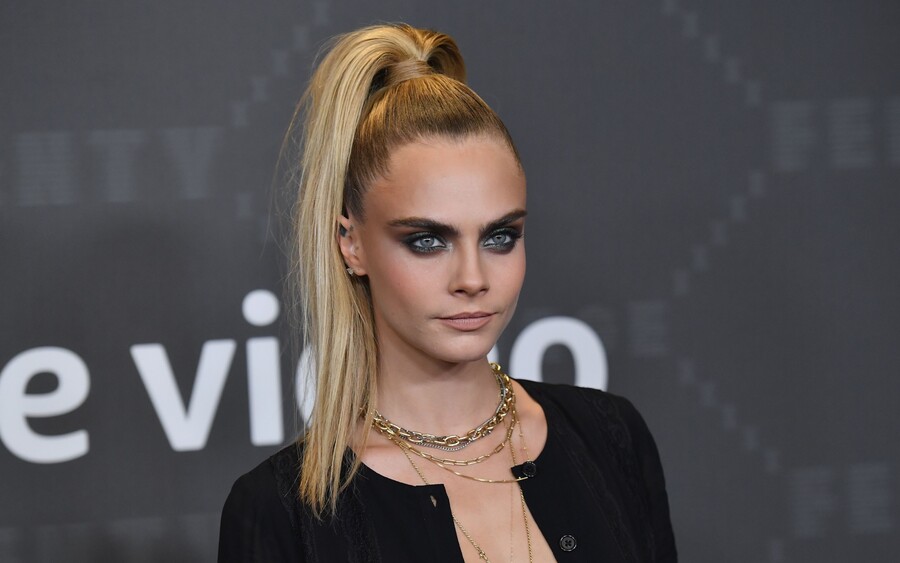 Cologne, cover-up, water: These are products we expect to see celeb names (or, more accurately, faces) attached to as an endorsement-cum-marketing tool. But as we head into 2021, following the explosion of sex tech, pleasure products are being added to that list. In the last two months, luxury sex toy companies Womanizer (founded in 2014), Lora DiCarlo (2017), and Maude (2018) have all announced that they’ve brought celebs onboard in a major way. As of November, Fifty Shades of Grey actor Dakota Johnson is the co-creative director of (as well as investor in) Maude, a modern sexual wellness company best known for “vibe,” their sleek, intuitive vibrator. In October, It’s Not Me, It’s You singer Lily Allen was announced as the chief liberation officer of Womanizer, the pleasure product company best known for their suction toys. Also in November, model Cara Delevingne was revealed as the new creative adviser and co-owner of Lora DiCarlo, a (controversial) sex-tech company. It’s worth noting that these celebs are by and large young, thin, white, and lack any sort of sex education background despite what their new titles might suggest.

Seeing a celeb pose with a vibrator may help normalize the use of pleasure products to an extent. But puritanical ethos still prevail in the United States, and sex comes with a long list of rules and qualifications: The only type of sexual play that qualifies as “sex” is penis-in-vagina intercourse, sex is generally considered permissible only after marriage, and the majority of kids receive (fear-based) abstinence-only sex education. Pleasure is hardly a part of the equation. Sex toys, being centered entirely around pleasure, have a long, long way to go before being normalized. The negative effects of pleasure-absent, shame-forward sex education can be seen in how many people still fear sex toys will desensitize their bodies, ruin partnered sex, or replace their partner altogether. (For the record, sex toys will not do any of those things.) Not to mention, sex toys are technically illegal in Alabama under the Anti-Obscenity Enforcement Act. Yes, you read that right: illegal.

Given our complicated relationship with sex toys in the United States, some are torn about whether or not it’s even beneficial to have celebrities backing these brands. Will they help destigmatize and normalize these products? Or is the idea that famous people are all it takes to combat the lengthy history of anti-pleasure culture shortsighted? Certified sex educators who have been in the industry longer than these celebs aren’t convinced their involvement in the pleasure-product industry is actually beneficial to real life pleasure seekers. “I’m not sure celebrities talking about sex toys is actually going to encourage people to buy and use them,” says pleasure advocate Kristin Fretz, cofounder and chief marketing officer of Emojibator, a shame-free and accessible pleasure-tech brand. These sex toy brands are using celebrity social media platforms to advertise to millions of people, which feels important given that ads for sex tech, especially from brands focusing on female demographics, are more likely to be turned away by traditional media outlets.

But Cameron Glover, a business coach for sex educators and owner of Sex Ed Business Academy (who has written for Bitch), notes that these celebrity partnerships may be missing the mark on what exactly leads to a lack of sex toy use. Glover said it’s not the lack of advertisements that keep people from buying sex toys: “Celebrity endorsement alone is not going to solve the issue of why people feel shame in their bodies and feel shame having sex,” she said. “Internal hang-ups and shame around sex keep people from purchasing (and using) pleasure products.” So what does chip away at that shame? Decidedly, the answer is education. But can we expect celebrities with no sex education background to take on that task? Herein lies the rub: These celebs aren’t just models or brand ambassadors—they have been given fancy-schmancy titles (like chief liberation officer) that suggest that they’re capable of educating the masses on sex and pleasure. These actresses and songwriters don’t have the knowledge to do that, plain and simple. Or, at the very least, they aren’t as qualified as other sexuality professionals in the industry who have been doing this work for years, says Glover.

As Johnson told Vanity Fair in a November interview about her new role, “It’s kind of cool for me to come to a company that’s already flying, and then I just get to do fun stuff.” Now, could she have been referring to sex education work? Maybe. But in all likelihood, she was talking about making beautiful products for a company known for their beautiful products. Also in November, Delevingne told Paper magazine , “Sexual wellness is still such a taboo topic and I think it’s so important for everyone to be properly educated and take ownership of their sexuality.” She doesn’t take ownership for the role she, as cofounder, should play in that “proper” education. Rather, celebrities are offering broad, sweeping statements about what impact they hope their presence will have.

Sexual shame can’t be stopped by the power of a pretty, popular, and palatable celebrity.

Some of the onus of educating sex-havers needs to fall on sex toy companies, says sex educator Alicia Sinclair, CEO of three sex toy companies (Le Wand, b-Vibe, and The Cowgirl). “Beyond just creating high quality products that will [make consumers support] to the industry,” Sinclair told Bitch, “a key goal [for] sex toy companies needs to be to provide people the information they need to have pleasurable, healthy, sexual experiences.” If sex toy companies are truly interested in helping potential buyers seek pleasure, Glover says they also need to invest in experienced sexuality professionals: “Sex toy brands have so much power in the sexuality space because they not only have access to celebrities, but they [also] have access to all the sexuality professional[s] who have been helping individuals do the work of unlearning [shame] for years and years.””

Now that brands have solidified their partnerships with celebs, it’s time for them to call on sexuality professionals to provide educational content. In practice, that might look like the pleasure product companies building out their online content hubs to provide free sex and sexual health how-to guides (like both Dame Products and b-Vibe have done). Or, like Sinclair’s brands, they can provide sex education to the people working the floors of sex shops: “That way when people go into sex shops, they know they’re getting correct information about sex and our products,” she explains to Bitch. The goal here is not to condemn Lora DiCarlo, Womanizer, or Maude for partnering with celebrities, but rather to push them to expand further by offering a multitiered approach to destigmatizing sex toys. Until they do, the individual shame people feel surrounding sex and sexuality is going to continue; it simply can’t be stopped by the power of a pretty, popular, and palatable celebrity.

As Sinclair puts it, “It’s a positive that more people are speaking positively about the sex toy industry.” However, she says, “We need to make sure that the people who have the microphone are well-informed, sex-positive, and educated.” And well, let’s just say, playing a nerdy submissive or being spotted carrying a sex bench isn’t evidence enough that these celebrities can be both the faces and the educators behind a sex toy company. A celebrity with expansive reach may prove valuable in the short run, but we’ve yet to see these celebs use their massive followings to provide thoughtful sex education. Many steps need to be taken to improve the culture surrounding pleasure in the United States. These changes need to happen to normalize sex toys and remove sexual shame in a real, lasting way. Celebrity endorsements might be a start, but they certainly shouldn’t be the end. 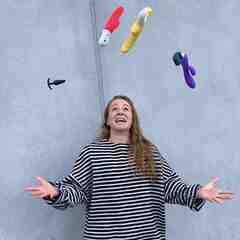 Gabrielle Kassel (she/her) is a sex and wellness writer and pleasure-advocate who is currently training to become a certified sex educator. In addition to Bitch, her work has appeared in publications such as Cosmopolitan, Well & Good, Health, Shape, Women’s Health, Greatist, and more. In her free time, Gabrielle can be found reading lesbian erotica, bench-pressing, sexting, or yep, reviewing pleasure products. She can be foud on Instagram and Twitter at @gabriellekassel.