Face the StrangeDani Shapiro Maps Her Family Secrets in “Inheritance” 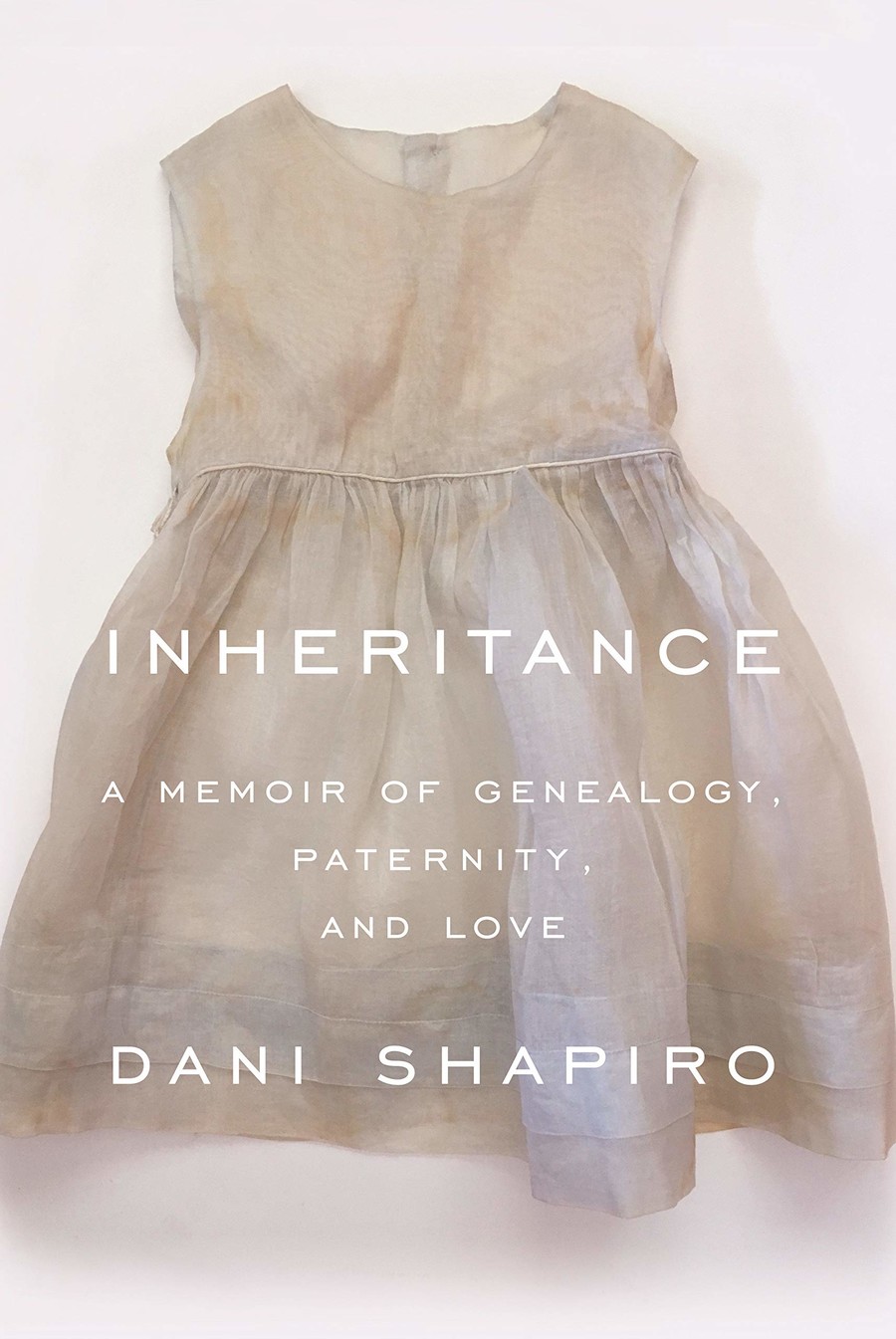 As at-home DNA testing kits become more ubiquitous, so do tales of people learning they might not be biologically related to their family members, if the 13.8 million results of Googling “DNA test horror stories” is any indication. Dani Shapiro’s newest memoir, Inheritance: A Memoir of Genealogy, Paternity, and Love is a remarkable personal account of confronting these revelations in her own family. “All my life, I had known there was a secret,” she writes. “What I hadn’t known: the secret was me.”

Shapiro, a novelist and memoirist, recalls that as “an Orthodox Jewish girl who had the siddur memorized, who belted out the Birkat Hamazon with [her] father after every Shabbos meal,” she was regularly told that her blond-haired, blue-eyed appearance wasn’t “Jewish.” But it wasn’t until age 54 that she discovered her father—highly regarded and even famous in their community—was not biologically related to her. Taking the DNA test was a whim, Shapiro explains, but the results permanently rocked her world; Inheritance details her journey to find her biological father, come to terms with the truth, and, most important, grapple with what it all means for her identity. The construction, destruction, and reconstruction of her identity as an Orthodox Jew, alongside the ramifications of a lifetime spent feeling different, makes Shapiro’s memoir captivating.

Shapiro is undoubtedly privileged in much of what she does, especially how quickly she unravels the “truth.” After a cousin pops up on her Ancestry.com results, social media helps her narrow down possible family members, and Shapiro finds her biological father. Also unlike thousands of other people who unexpectedly learn life-altering family secrets, Shapiro finds closure by the memoir’s end. But because the scenes from her life after her discovery are sympathetic and stirring—she stands in front of a mirror touching her face to confirm she’s “still her”; she replays a video of her biological family’s Christmas; and she waits in the car, feeling sick, before meeting her biological father for the first time—readers might find themselves faced with what-if questions about our own lives.

I did ask myself those questions. Though at first I was frustrated when Shapiro brushed off people who reminded her that “Your father is still your father,” reading further made me realize how confused I would be if I learned my heritage and identity were not what I’d always believed them to be. Both of my parents are Persian; our entire family is from Iran and has been for as long as we’ve existed. At least, that’s what I’m told. And that’s where doubt nags at me: How devastated and betrayed would I be to learn that something so fundamental about my life wasn’t true? Inheritance is less about Shapiro not being her father’s “real” daughter (she is, as she acknowledges by the book’s end), than it is about the difficulty of accepting a sudden loss of identity.

This loss is compounded by Shapiro’s lifelong experience of feeling (and looking) different. Her descriptions of being confronted by others for not “looking Jewish” highlight the way longing can be like a haunting: “I have now read interview after interview with donor-conceived people—particularly those whose origins were not disclosed to them—who describe this longing. This sense of being trapped on the other side of an invisible wall: separate, alone, cut off, and—worst of all—not knowing why.” Maybe learning the truth is confirmation bias here, but what Shapiro describes is resonant for many marginalized people who feel like we don’t belong or that our lives need something we can’t even name.

Excellent prose aside, what makes Inheritance a great read is that it makes us consider the things we take for granted, and how a single moment can unravel them. These aren’t just small personal concerns, either; the book poses questions that are increasingly relevant in our everyday world.

DNA kits peel back the layers of history we may or may not actually want to know, a side effect of their popularity many don’t consider.

At the top of that list are privacy concerns. After reaching out to her biological father, Shapiro learns that he himself had decided not to take a DNA test because he was suspicious of commercial testing sites. Though Shapiro concludes, of his choice not to be tested, that “the Walden family wished privacy in the matter of me,” I saw something else in his refusal: the need for space to understand the consequences of a decision made decades ago. “In the fifty-plus years since he had been [a] young medical student, his brief stint as a sperm donor had not haunted him,” Shapiro writes, adding, “Even when DNA testing became available—and later, when it came inexpensive and simple—the possibility of being sought out had never occurred to him.”

I’ve written before about the questionable policies of DNA testing sites, especially their rights over analysis from DNA samples they acquire. The issue of privacy, though, gets at a deeper issue of how our results might affect other people. Family structures might be upended, depending on who knows what and who else has been left in the dark; relationships might be shaken or irreversibly altered. Shapiro herself feels angry at her biological father’s initial reluctance to speak to her, but it’s certainly understandable that an anonymous sperm donor never expected offspring to come knocking.

Today’s technology may have been inconceivable in the ’60s, when DNA’s structure had only recently been discovered and biomedical research and capabilities were still in their infancy. If doctors couldn’t have foreseen the availability of at-home genetic-testing kits, how could they have informed sperm donors? And now, as people sign away their rights to their own DNA in return for test results, they likewise might be unable to predict how their data could be used in the future. Shapiro’s frustration with her biological father’s wish for privacy is reasonable on an emotional level—but it’s also possible that in 20 years, Ancestry.com will contact Shapiro’s offspring with information about her that she didn’t consider when she took their test “on a whim.” These cumulative concerns about future technology shadow the book’s pages: How will the decisions technology allows us to make today come back to haunt us years from now?

DNA kits peel back the layers of history we may or may not actually want to know, a side effect of their popularity many don’t consider. Rather than turn away, Inheritance forces us to confront what’s been buried.

Read this Next: Uninformed and Uncompensated: Between 23andMe and Ancestry, Who Owns Our Genetic Data?

by Naseem Jamnia
With the increasing popularity of genetic home-test kits, our DNA might soon be at the disposal of scientists without our knowledge.