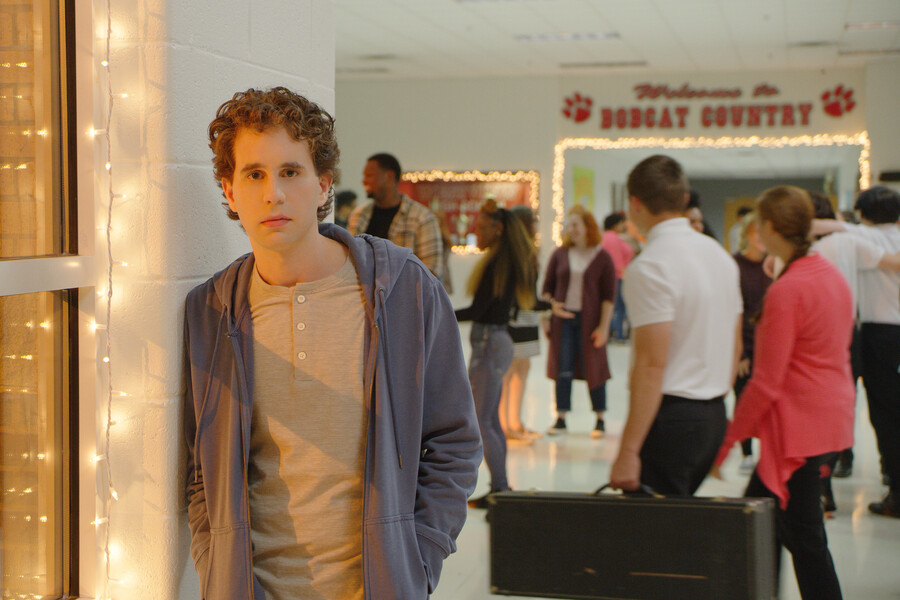 “You know, you don’t really act like a…depressed sort of person,” says Evan Hansen (Ben Platt) to his classmate Alana (Amandla Sternberg) in the movie adaptation of the Tony Award-winning musical Dear Evan Hansen. The two characters sit in a park at night, discussing their mental illnesses in a scene that looks like it was lifted from a PSA on mental-health awareness. Minutes earlier, in an even cornier display, the pair talked about their psychotropic medications in a kind of cliché spitting competition that completely reaffirms just how unimaginative this film truly is.

“There are a lot of people who feel like us. People you wouldn’t think,” replies Alana before launching into a rendition of “The Anonymous Ones,” a newly added track to the screen adaptation that spells out the stigma and shame surrounding mental illness. The song’s premise feels antiquated and self-righteous, evoking images of movie producers patting themselves on the back for a move that might’ve felt more ambitious in 2011 than in 2021.

As a Broadway musical, Dear Evan Hansen was universally lauded for its open discussion of mental health and suicide. Its topicality, combined with catchy tunes, caused a frenzy of celebration among theater nerds and critics alike in 2016, despite obvious issues with its storyline. Given its popularity, producers were interested in bringing the musical darling to the silver screen so it would be accessible to a much wider audience. Yet within this transition from stage to screen, the film does little to update the play’s cliché depictions of teens struggling with depression and anxiety. In recycling played out tropes, Dear Evan Hansen delivers surface-level and ableist representations of mental health challenges.

Evan Hansen is a lonely high school student dealing with extreme social anxiety and depression, the kind that therapy and pills have done little to fix. Returning to school with a broken arm following a mysterious accident, Evan’s isolation is palpable: he has no real friends, can barely stammer out a sentence to his crush Zoe (Kaitlyn Dever), and generally remains invisible (summarized in “Waving Through a Window”). To cope, Evan writes self-addressed notes, a begrudgingly done therapy assignment, to encourage himself. However, Zoe’s irate brother Connor (Colton Ryan) takes one of his letters, misinterpreting the mix up as Evan’s attempt to mock the social outcast and get close to his sister. Shortly after, Connor dies by suicide and Evan is overwhelmed with the grieving demands of Connor’s parents who believe the letter was a suicide note to Evan and evidence of their friendship. While Evan initially tries to set the record straight on his non-relationship with Connor, Evan ultimately chooses to lie to the Murphy family, concocting a totally fake friendship with their late son. As the lies escalate, Evan’s deepest desires for his lonely life become realized: a relationship with Zoe, unlimited access to the Murphy family at their gorgeous mansion, and fame, all while maligning Connor’s memory.

The film struggles under the weight of Evan’s atrocious actions, for which he never fully atones. That gap might not have felt as glaring in a feel-good glitzy Broadway context, but in this iteration, there is no suitable justification for Evan’s lies apart from his mental illness. He deceives the Murphys because they could give him what he wanted, not because of his depression or social anxiety. Here, the plot uses Evan’s mental illness as a manipulative (and ableist) excuse for blatantly inexcusable behavior.

Platt’s age-inappropriate casting, a well-repeated critique, isn’t simply an issue of aesthetics. With Evan aged up, the boyish mistakes that a teenage Evan could maybe make feel frighteningly sinister. Versus an adolescent caught up in a lie saddled in good-but-immature intentions, Evan’s choice to create and share fake emails between him and Connor—as well as continually deceiving thousands online after his viral speech at Connor’s memorial (“You Will Be Found”)—feels less about foolish attempts to repair the shattered Murphy clan and more about his unquenched selfish desire for family, attention, and, most evidently, Zoe Murphy’s affection.

Of course, Evan is not okay. He’s unable to socialize at times and expresses a very realistic distaste for the therapy assignments and psychotropic medicine meant to bring him relief. And yet the film doesn’t really engage with the idea that Evan can struggle with his mental health and create an unbelievably depraved scheme to get what he wants. By the time we get to his confession in the song “Words Fail,” it feels less about Evan’s inability to find the words to describe his selfishness and more about the dissatisfaction of being found out.

It is as if no one is allowed to be mad at Evan Hansen, not on screen and not as an audience. After learning the truth, the Murphys are barely given an opportunity to contend with the significant betrayal; the complicated feelings of Connor’s mom (Amy Adams) and stepdad (Danny Pino) go completely unexplored. And Zoe, who started dating him under the pretense that he was Connor’s friend, is given little room to think and feel through what Evan has done to her: conning his way into her life by taking advantage of her brother’s death. There’s even a moment when he recounts the things he loves about her (“If I Could Tell Her”), when in reality he’s repeating what Connor told him. At minimum, their relationship brings up questions of consent given that the bulk of their courtship was built on falsehood. But by the end, when Zoe and Evan meet in an orchard, his damaging behavior is washed over in favor of manufactured pleasantries and forgiveness. Evan’s anxiety apparently allows him to evade any accountability for the harm he’s enacted. One reviewer pointed out that this illustration of anxiety felt completely unrealistic when they saw the staged musical.

Evan is not the only character who feels contrived. Earlier in the film, Connor strikes a cartoonish trope that critic Robert Daniels compares to a “mentally ill teen starter pack.” Bullied by jocks, the angsty teen wears all black with matching nail polish, names Kurt Vonnegut’s Cat Cradle as a favorite read, and exhibits a woefully uncontextualized drug dependency.

Dear Evan Hansen is an obvious disservice to the cannon of mental health in media, which for decades has remained frustratingly inadequate. Audiences are granted crumbs of shows and films that explore the diverse lived experiences of people with mental illness, and even still those characters usually further misleading stereotypes that contribute to the widespread stigma. In Dear Evan Hansen and other works, mental health is viewed as a root cause and a shield against all bad behavior—while the treatment of these illnesses is often either inaccurate or portrayed as torturous.

It is as if no one is allowed to be mad at Evan Hansen, not on screen and not as an audience.

Shows and movies that have been marketed as attempts to bring mental health into the spotlight (as if these conversations aren’t already happening, poorly) are platitudes at the best of times and offensive and dangerous at their worst. 13 Reasons Why, a series that mental health experts condemned over its careless depiction of suicide and sexual assault, was renewed for four seasons with swelling views on Netflix. Similarly, movies centered around mental health such as To the Bone, which showcases a young woman’s experience with anorexia and eating disorder recovery, feel voyeuristic and intentionally triggering, with filmmakers touting supposed authenticity over creating a nuanced, responsible representation on film. (Not to mention, the film makes eating disorder treatment look like a sleepaway camp and limits the range of people suffering from eating disorders to young white people, who comprise the majority of its cast.) Documentaries and reality shows on mental illness, namely the slew of programming on substance abuse and recovery like Intervention, are incredibly exploitative, robbing camera subjects of their agency as millions gawk at their lowest, most vulnerable points.

But that’s not to say that we haven’t made some progress. Shows like BoJack Horseman (Netflix) and I May Destroy You (HBO) offer complicated questions on accountability alongside trauma and the ability to cause harm but remain sympathetic and vulnerable in the same breath. Similarly, Sex Education provides some of the most realistic shading of anxiety and pressure, showing softer, increasingly intimate struggles of mental illness instead of shock-and-awe images manufactured to grab an audience’s attention. Despite some shows making the pivot to rethinking mental illness on screen, more of the same stigmas and assumptions remain, and there’s still much left to be desired from Hollywood’s paltry attempts. It’s this type of oversight that allows for artificial stories like Dear Evan Hansen to be produced, multiple times over, even when it remains unclear whom they truly serve.

Read this Next: Bad Sport 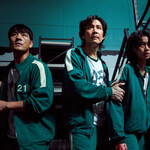 by Jennifer Chang
Resilience is admirable; challenging the system is intolerable.