Bollywood Is Redefining the Female Gaze in Film | Bitch Media

Gazed and ConfusedHow Do We Define the “Female Gaze” in Film? 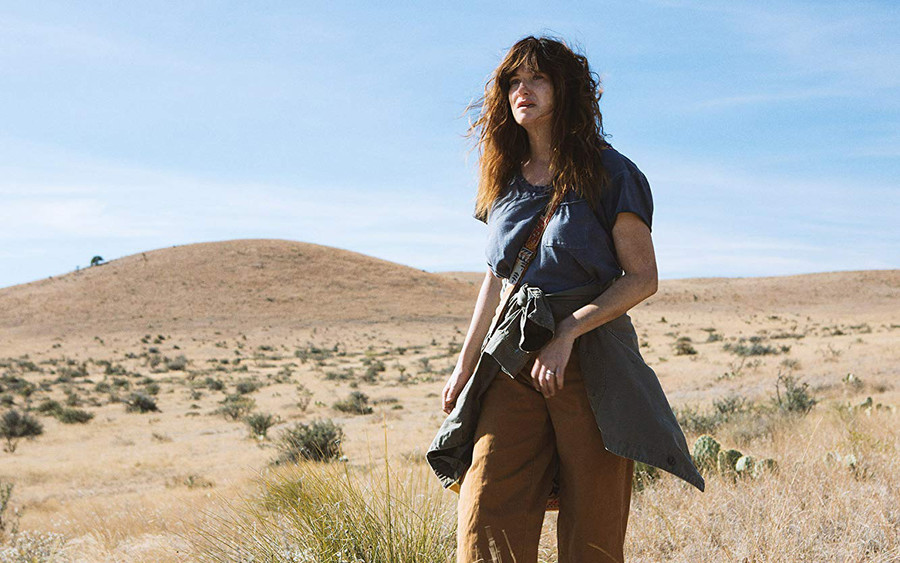 In a June 2017 New Yorker review of the Amazon series I Love Dick, adapted by Jill Soloway from Chris Kraus’s cult classic, Emily Nussbaum writes skeptically of the female gaze as “the notion that the camera lens, which has been trained to ogle and dominate, can change, in female hands, launching a radical new aesthetic.” Seeking out film and TV that boasts this gaze, she writes, “[is] an insight that has become blunt from overuse, particularly with its essentialist hint that women share one eye: a vision that is circular, mucky, menstrual, intimate, wise.”

In a time where it seems that any film or TV series with women at its center is expected to be a feminist statement, Nussbaum’s words are a jarring reminder that the neoliberal belief in individual women’s empowerment as empowerment for all women simply cannot work in the world of cinema. Women writers, directors, and cinematographers can create films that are female-led, or that prioritize women characters—but do they necessarily champion the female gaze?

To zero in on what the female gaze actually is, it’s necessary to first understand its roots in (and opposition to) the male gaze. Laura Mulvey, the film theorist who coined the term in her 1975 essay, “Visual Pleasure and Narrative Cinema,” pointed out that, “In a world ordered by sexual imbalance, pleasure in looking has been split between active/male and passive female.” The male gaze centers the heterosexual male as the default subject—the one who looks—and defines women as the objects of that vision—the one who is looked at. In filmmaking, the camera acts as a stand-in for the subject; what an audience sees onscreen is what the heterosexual male sees. Think of, say, James Bond movies, in which women characters are introduced by a camera that lingers on their legs and breasts, inviting viewers to drink them in, and you have the fundamentals of the male gaze.

In theory, a female gaze serves to reverse this way of looking, with a woman as the default subject and men as objects. But here’s where it gets tricky: The male gaze isn’t a cinematic invention, but a natural outgrowth of real-world societal and cultural structures that use female objectification to concentrate power in the hands of men. Women objectifying men has neither the power nor the menace of the male gaze. It gets even trickier when we acknowledge that the experience of being a white, cishet American woman is not the same as that of being a queer brown woman in a postcolonized country. Any film theory that doesn’t take this fundamental disconnect into account fails to fully challenge the male gaze. When you contend with gender fluidity and intersectionality, it becomes obvious that there can be no singular female gaze.

The belief that a pop culture product created by a female writer/director/cinematographer can intrinsically divest a film of the male gaze is thus a misconception. Think of films like The Devil Wears Prada; TV shows like Insatiable; or, closer to home for me, Bollywood films like Main Hoon Na. All are written or directed by women, and yet all also offer up tired tropes about conforming to standards of beauty, femininity, and womanhood that necessarily appease the male gaze. It’s as pointless to argue that a woman filmmaker will fix the problem of the male gaze as it is to assume that a handful of privileged women in roles of power will fix the problem of patriarchy.

Defining the female gaze requires understanding why the male gaze is so objectionable in the first place. In lazy cultural criticism, a critique of the male gaze regularly begins and ends with an assessment of how sexualized its female characters are. And while is certainly a critical part of defining the male gaze, rote sexualization is only a symptom of the larger problem. What centers the male gaze is the notion of an “objectifying vision,” a term coined by philosopher Alia Al-Saji. This theoretical innovation refers to a way of seeing that determinedly focuses on “only what can be observed and measured, what can come to count as an object.” For the male gaze to really see a woman, she must be an object with no history, agency, or inner world. And what’s so insidious is that this framing is naturalized through the camera lens, which, when employing the male gaze, obscures the forces of society that create the sexualized, agency-less woman, making these characteristics seem like products of her innate femininity, rather than of patriarchy.

Bollywood’s “item song” might be the best example of objectifying vision in action. The item song features a traditionally attractive actress—the “item”—wearing as little as possible and dancing to suggestive lyrics in an attempt to seduce a male character, as well as the assumed hetero-male audience. Most item songs and accompanying videos are released well in advance of the movies in which they appear, since the expectation is that the item girl, if nothing else, will draw men to the movie. In recent years, there have been attempts to reclaim item girls as avatars of feminism, but it feels like a dubious project given that this particular Bollywood staple has no relationship to the movie’s narrative—most often, in fact, it features a woman who isn’t even part of the main cast.

The audience is meant to watch her perform her assigned task (titillating a male audience) with the assumption that she has no emotional depth and no agency over her actions. And because you find item songs in literally every big-budget Bollywood movie, you are led to believe that this lack of interiority is a natural part of the performance of womanhood. A female gaze can’t just be the deliberate desexualization of women, or clever quips about smashing the patriarchy thrown in at periodic intervals, although these can certainly be great additions. It must be a rejection of objectifying vision in all its forms. This means recognizing that objectifying vision isn’t only a feature of the male gaze—it is embedded equally so in imperial, orientalist, white supremacist ways of looking.

A lot of this work is already happening with recent films like 2017’s Lipstick Under My Burkha and 2018’s 3 Faces, both of which center underrepresented experiences without tokenizing or fetishizing them. But a large-scale challenge to objectifying vision requires, well, visibility; and such films have yet to reach the mainstream audiences that much bigger-budget films (from both the global North and South) can afford to. What cinema needs most in 2019 isn’t one static idea of a female gaze but an anti-white supremacist-capitalist-heteropatriarchal gaze. If that’s too long a phrase, think of it simply as an anti-objectifying vision. It’s worth understanding this gaze not as something rooted in an essentialist notion of identity, but as a political act against the male gaze. It rejects the psychoanalytic obsession with the body, focusing instead on the act of resistance to cultivated narratives of white heteropatriarchy.

There are a lot of interpretations of this resistant gaze, although most are still couched in the more familiar female gaze terminology. Snippets from the women cinematographers whose work was screened at the Film Society at Lincoln Center’s 2018 series “The Female Gaze” reveal a few of these interpretations: “a frame of mind where approach to subject and material is more emotional and respectful,” “filmed images as active relationships,” “go[ing] deep, drill[ing] down, open[ing] people up on an emotional level.” But I think the best articulation of how a filmmaker can adopt this resistant gaze comes from Jill Soloway, whose notion of vision as “feeling seeing” stands in direct opposition to the objectification inherent to the male gaze.

They encourage filmmakers to empathize with the object and to give them an inner life, a history, agency. Their assertion of the female (read: resistant) gaze as a technique of filmmaking, rather than as an aesthetic exclusive to female filmmakers, thus democratizes the possibility of resisting the male gaze, making it accessible to anyone who resists objectifying women and other marginalized people. The films and shows I’ll be analyzing over the next few months all do that for their protagonists and  other characters, reminding the audience that marginalization doesn’t erase depth. They pull from canons outside the West, and ask for the non-white cishet person to be given equal agency over their narratives. And I hope they remind you that film is not an inherently objectifying medium but one that can, if used right, humanize rather than marginalize.

Read this Next: “Lipstick Under My Burkha” Is a Big FU to Bollywood’s Fear of Sex