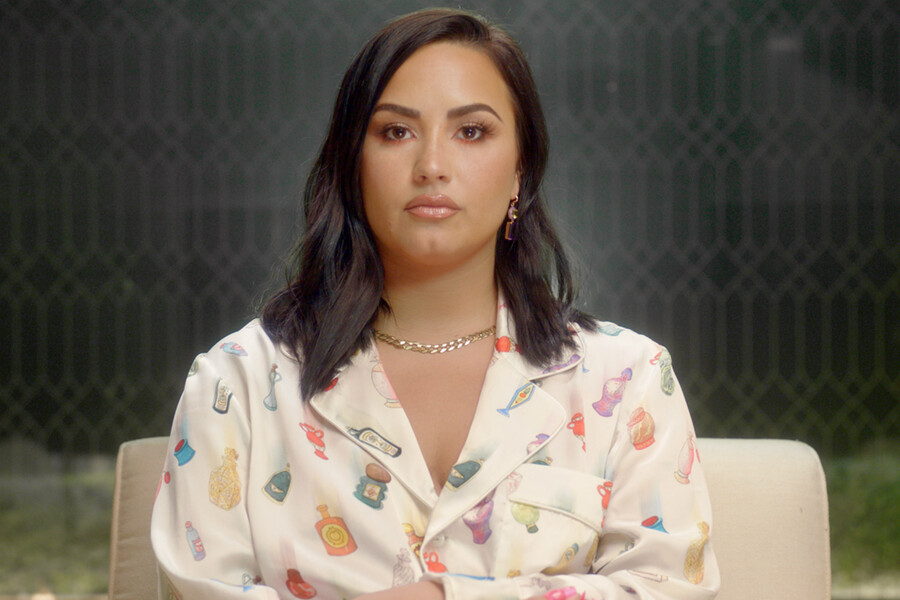 Demi Lovato in their Dancing With the Devil docuseries (Photo credit: YouTube/Demi Lovato)

Most music documentaries megastars make about themselves follow a similar pattern: There are talking heads contextualizing the artist’s life and career; home videos proving the subject was destined for stardom from childhood; sporadic moments in the studio where the artist is dressed casually and focused; nerves before a show and the incomparable high after; and, if we’re lucky, tears about their grueling nonstop schedule. While we’re always promised unprecedented backstage access, the final product—from Ariana Grande, Beyoncé, Taylor Swift, and many others— often reinforces the arena-size distance between stars and their fans. Although they imply they’re letting us into their lives, their minds, and their creative processes, that’s rarely the case. Even “personal” documentaries function as a form of promotion guided by an undeniable and imperceptible plasticity.

That’s the reason Demi Lovato’s four-part YouTube docuseries, Dancing with the Devil, which aired its final episode in April, feels so rare. Dancing with the Devil goes so far, in fact, that it seemingly eclipses its own purpose to reveal the events that led to their relapse and near-fatal drug overdose in 2018 and explore every aspect of their recovery. The docuseries was designed to humanize them to the fans who have followed them since they first stepped into the spotlight as a Disney child star and might find it harder to relate to them after their public relapse. In the lead-up to the release of their new album, which shares a title with the docuseries, Lovato also seemingly wanted to remind the music industry and the rest of the world that they’re committed to their career. Though the docuseries achieves these multitiered goals, it also offers the unprecedented access other documentaries promise and don’t deliver.

Lovato does not hold back: “I actually don’t think people understand how bad it actually was,” they say during the second episode. “I had three strokes. I had a heart attack. I suffered brain damage from the strokes. I can’t drive anymore. And I have blind spots in my vision, so sometimes when I go to, like, pour a glass of water, I’ll totally miss the cup because I can’t see it anymore. I also had pneumonia—because I asphyxiated—and multiple organ failure.” Throughout the series, they chronicle even more traumatic moments, including their drug dealer raping them the night they overdosed and tearfully breaking off their engagement to actor Max Ehrich because they “didn’t actually know him” after dating for only a few months. Their openness and honesty is incredibly moving and it’s nearly impossible to get through the episodes without feeling moved by Lovato’s candid revelations.

Between these moments of truth, there are also bits of traditional music documentary fare, including concert clips from Lovato’s 2018 Don’t Tell Me You Love Me world tour that were originally meant to be part of a more generic concert film. A number of people close to Lovato, including their parents, sisters, best friends, manager, security team, neurologist, and former assistant also offer insight into their journey. Everyone seems honest about how concerned they were for them and some even express anger about their relapse and near death—and Lovato encourages their honesty and vulnerability. For instance, they attended their choreographer and close friend Dani Vitale’s birthday party the night before their overdose, so many fans blamed Vitale for Lovato’s drug use and harassed her online, sending hateful messages, including death threats, on a daily basis. Although Lovato clarifies that Vitale never used drugs with them, they also express regret about never publicly clearing up the misconceptions. In the doc, they tell Vitale, “Like I said, clear your name. Don’t be afraid of saying anything. And I just want the truth to be told, because you deserve that.”

This scene in particular shows how much control Lovato has over the docuseries: They’re deciding what’s included and what’s left on the cutting-room floor. In the first episode, Lovato says this to an off-camera producer: “I’ve had so much to say over the past few years…wanting to set the record straight. FYI: I’m just gonna say it all, and then if we don’t want to use any of it, we can take it out.” There are surely questions about what they chose not to share, given that they subsequently released a music video where they reenact their overdose and being found unconscious the next morning by their then-assistant. While divulging this level of detail might seem difficult for Lovato, it’s typical for music documentaries attempting to establish emotional resonance: We’ve seen Katy Perry bursting into tears when her now ex-husband, Russell Brand, texts her that he’s filing for divorce before she goes on stage; Lady Gaga receiving flowers from her ex-boyfriend, Taylor Kinney, before she performs at the Super Bowl; and Taylor Swift passionately arguing with her father about publicly taking a political stance.

Lovato taps into this tradition when they reveal they’re opting for moderation instead of full sobriety, meaning they’ll continue drinking and smoking weed within the limits they’ve set for themselves. On “California Sober,” a song from their new album, they sing, “Used to live in fear of always slipping/ But living for perfection isn’t living.” It’s a harrowing confession, made even harder by the camera then turning to each of their loved ones as they respond to Lovato’s decision. Nearly every person says they support their choice, except for one of their mentors, Elton John, who says, “Moderation doesn’t work. Sorry! If you drink, you’re gonna drink more. If you, you know, take a pill you’re gonna take another one. You either do it or you don’t.” In that moment, a sense of dread settled in the pit of my stomach. Is the documentary itself somewhat of an omen?

Dancing with the Devil is Lovato’s third documentary: In 2012, they produced Stay Strong, a MTV special that addressed the time they spent in rehab at age 18 to treat self-harm and an eating disorder. Simply Complicated (2017) revealed that they had been using cocaine while filming the first doc and explored their journey to semi-sobriety. Producers have said that Lovato’s engagement to Ehrich was meant to be the 2021 doc’s “happy ending,” but when that fell apart, it became clear that superstardom—and all that goes along with it—has likely contributed to their addictions and subsequent relapses. They note that their previous management team’s tight control over their schedule, their diet, and their branding as a sober mental-health advocate led to a need to “rebel” and fire their manager weeks before they overdosed. As their friend Sirah says, “If your life is set up to be focused on how you’re not well, then you’re not going to feel well.”

But the correlations between the tight reins on their career and the impact on their health don’t stop there. Lovato also shares that being placed in beauty pageants damaged their self-esteem, being estranged from their alcoholic and drug addict father changed them, and being raped by an unnamed actor while they were on Disney only furthered their trauma. The list of their traumas is long and painful, but none of the loved ones in the docuseries suggest that they step away from the limelight or that perhaps the very camera shooting them might be part of the problem. Dancing with the Devil insists that Lovato is no Britney Spears; they have all the creative control and there’s no conservator dictating their every move. That’s all well and good, but it’s not where the story ends and it’s not enough to protect their well-being.

Is Demi Lovato helping themselves by revealing their traumas or is this just a part of the machine rebranding them?

When the #FreeBritney movement gained steam, fans demanded Spears’s freedom from the controversial conservatorship she’s been under for more than a decade. There was another element to the pleas as well: They believed that Spears should stop performing and making music if she no longer wants to, and instead spend time with her children and boyfriend, dancing, painting, and living a private life. It certainly seems to be what Spears wants and, at least for a little while, what other stars should get to have. We love to keep our pop stars under a tight lens: We want to consume them until there’s nothing left, and the machine is happy to keep churning them out. At the end of the docuseries, Lovato surrenders to a little dose of cliché: They chop off their lengthy brown tresses into a peroxide pixie cut to symbolize that they’re letting go of their past, their trauma, and the “old” person they used to be. While that’s a wonderful sentiment, it’s difficult to see it as anything more than a promotional rebrand, which we’ve seen a lot in the weeks since the docuseries’ release. Are they helping themselves by revealing their traumas or is this just a part of the machine rebranding them?

In a recent interview with Variety, the docuseries’ editor Shannon Albrink said, “We didn’t want to say ‘everything’s fine’ and tie it up in a neat bow with a happy ending. Because that’s not the case. This isn’t a happy ending—we’re just showing the next chapter of [their] life.” In that sense, Dancing with the Devil does something few musicians have managed to pull off with their documentaries, making it reminiscent of an especially good one—1991’s Madonna: Truth or Dare. As Vulture puts it, “The entire movie seems designed—by Madonna herself—to force the audience to question who ‘Madonna’ is. The line between performance art and brand-building has never been so thin.” Perhaps that has to do with living in a very unique bubble. Perhaps for artists such as Madonna and Lovato, the line is blurred, and that’s where the contrivance lives. Or maybe being a megastar necessitates selling enough of your soul that you need Hollywood to keep you going.

Editor’s Note: This story has been updated to reflect Lovato’s recent coming out as nonbinary and their use of they/them pronouns. (5/26/21, 4:09 p.m. PST)

Read this Next: Saweetie, Rihanna, and the Memeification of Domestic Violence 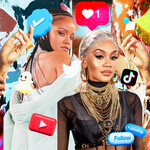 by Heven Haile
What does it mean to live in a society where violence against women and girls is treated as comedic fodder? 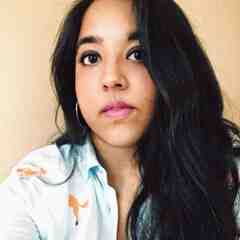