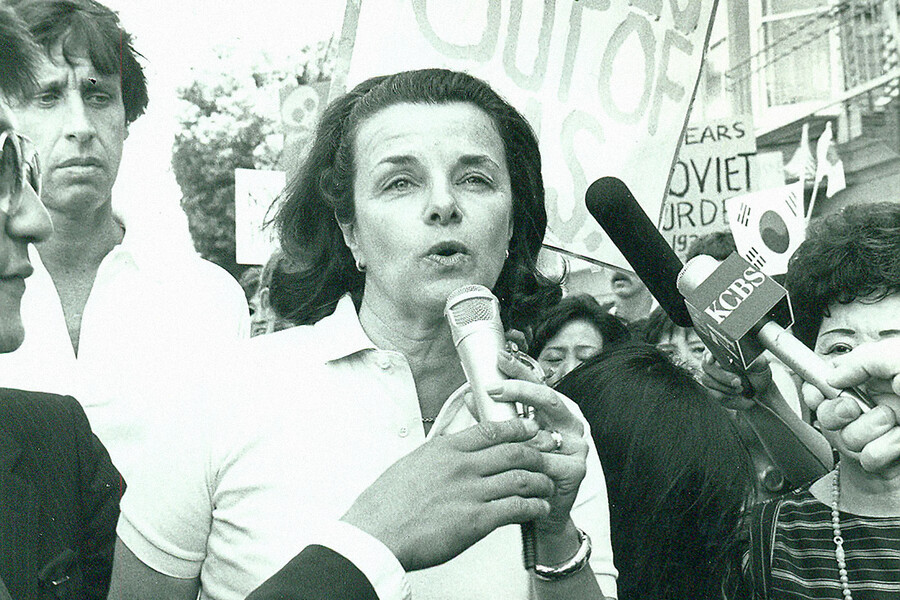 It’s hard to pinpoint the single worst thing about the recent confirmation hearings for Donald Trump’s latest Supreme Court pick, Amy Coney Barrett. Was it the wildly on-the-nose fact that the White House party in honor of her nomination was later identified as a likely COVID superspreader event? Was it Barrett’s smug, practiced refusal to give even one definitive answer to questions like “Was Roe v. Wade wrongly decided?” and “Is climate change real?” Was it the Republican senators on the Judiciary Committee lobbing questions so free of substance that calling them “softballs” is an insult to the sport of softball? (“Do you play any instruments?” Really?) Was it simply the travesty that, in four years, Trump has been able to stack the court with conservative judges; and, since Ruth Bader Ginsburg’s death, has reveled in the chance to fast-track Barrett’s confirmation and ready the court to delegitimize the results of an election he might lose?

No one who has been paying attention could claim to be surprised by these features of the hearing. But a dark horse in the race for Most Farcical Confirmation Moment was Senator Dianne Feinstein, the Judiciary Committee’s ranking Democrat, who in her closing statements gratefully thanked fellow Senator Lindsey Graham—the Judiciary member whose stunning, shameless hypocrisy was responsible for the shotgun hearings—for his “fairness” and “leadership,” and gave him a hearty, completely maskless hug. She might as well have had “I Don’t Care, Do You?” printed on the back of her bright-purple blazer. This isn’t the first time in recent years that the 87-year-old Feinstein, who has served in Congress for 26 years, has made a baffling decision on behalf of Judiciary Committee Democrats. During the 2018 confirmation hearings for Trump’s second SCOTUS pick, angry beer enthusiast Brett Kavanaugh, Feinstein drew ire from Republicans and Democrats alike when The Intercept revealed that the senator had failed to disclose a letter she had received several months before from Christine Blasey Ford that alleged her sexual assault by Kavanaugh.

There’s depressing irony inherent in both these failures: Feinstein herself was elected to the Senate in 1992 in what was called the “Year of the Woman”—the first election following the disastrous confirmation hearing of Clarence Thomas and attendant public stoning of Anita Hill. That year’s election doubled the number of women in the U.S. Senate from two to four, and the number of women in the House of Representatives from 28 to 47. Feinstein’s performance during last week’s hearings are evidence of the ease with which one decade’s political changemaker can become another decade’s legislative dinosaur—not because of her age, but because of her entrenchment. In other words, she’s a perfect example of why term limits matter.

In contrast to the president and vice president, there are no restrictions on how long members of Congress can serve. Members elected to the House of Representatives serve two-year terms, while members of the Senate serve six-year terms. Both can serve for decades, and many do. But there’s a reason that congressional term limits have been hotly debated for hundreds of years: The longer they sit, the more likely members are to become cogs in the political machine; the more entrenched they become, the less likely they are to serve the people who elected them. Feinstein’s participation in last week’s depressing political theater made a strong case for term limits. Here are four others.

Since 2016, the United States has seen a proliferation of candidates who run for—and, in many cases, win—election to Congress, not because political office is an ideal career but because they are determined to make sure their communities have a voice and their values have a platform. In some cases, their relative inexperience has been held up as evidence that they couldn’t possibly legislate effectively and successfully. How many times have conservatives derided Alexandria Ocasio-Cortez’s previous employment as a bartender, for instance, as though it’s a barometer of political fitness? Perpetuating the idea that years of political experience are a prerequisite for political office dissuades motivated, action-oriented candidates from running—and that, in turn, preserves the status quo for those most privileged by it.

When combined with gerrymandering, unlimited Congressional terms allow incumbents to maintain a power that’s out of proportion to their actual work. And while there’s no crystal ball that foresees the intentions or ambitions of non-politicians, normalizing stints in Congress as discrete periods of public service, rather than entire careers, is likely to increase the number of motivated citizens who do run. Shorter terms could be part of a more systematic transformation of Congress that focuses on achievable goals, rather than a disconnected market of favor-trading and power brokering that prioritizes re-election over legislation.

It’s hard to imagine now, but there was a time when the two major parties in the United States were bipartisan as a matter of course on issues—environmental protection, universal childcare, tax reform—that today are likely to prompt accusations of radical socialism. Even the issue of abortion was as likely as any other to have supporters and opponents within both parties: Gerald Ford, for instance, opposed abortion; his vice president, Nelson Rockefeller, had, as governor of New York, overturned the state’s abortion ban—legalizing the procedure three years before Roe v. Wade was decided.

There’s ample evidence that Democratic and Republican parties are more polarized now than ever before—but the one feature they share is that each has been ineffective in meeting the needs of the actual people they represent. Their respective platforms function more as inheritance than as opportunity, meaning that legislation on issues affecting all Americans gets drawn out and whacked down, and politicians themselves are more likely to be courted by big-money donors and lobbyists. The result, as we’ve seen too many times, is a congressional body whose contours are defined by quid pro quo relationships that can have devastating real-world impacts. Further, the lack of accountability granted to Democrats and Republicans alike have created a legislative landscape in which—as former Minnesota Senator Bill Frenzel argued when advocating for term limits in 1997—“Congress is immortal.” You know, like vampires. And zombies. Term limits are not magic seeds guaranteed to bloom into a gorgeous bipartisan bounty, of course. But they are also not inherently unfair or ageist or spiteful. They’re one way to begin leveling a playing field that favors incumbents and offers little incentive for members of Congress to step up by stepping back.

That’s it. That’s the argument. Why do we need congressional term limits? Because Mitch. Fucking. McConnell.

Nobody would argue that term limits can fix a broken system, but a lack of them has led us to where we are right now.

In August 2020, the Republican Party announced that it would not be presenting a platform at its national convention, choosing instead to state that it “will continue to enthusiastically support the president’s America-first agenda.” The convention itself, a pageant of white grievance and stuntcraft, was a stark admission that the party stands for nothing. Its only goal is to amass power to use against its enemies; its only principle is standing behind a man who has none. But Trump isn’t responsible for gutting the GOP. He simply exploited a party that had spent the previous decades purging itself of honesty, consistency, logic, and self-regulation. The paranoia, racism, misogyny, and xenophobia were already right there, products of the party’s alignment with religious fundamentalism beginning in the 1980s and further abetted by the rise of the Tea Party in the late 2000s.

In this ideological void, the gap between positions advocated by congressional Republicans and the stated values and interests of Republican voters is evidence that the party has little interest in the country. You wouldn’t know, for instance, that in 2019 more than half of Republican voters indicated that they would support a ban on assault-style weapons; or that a majority support campaign-finance reform; or that support among all Americans—including Republicans—for legal abortion has grown in recent years. In January 2020, 39 Republican senators and 166 Republican House members signed an amicus brief asking the Supreme Court to revisit Roe v. Wade, with an eye toward overturning it. As Guardian contributor Danielle Campoamor noted at the time, the list of GOP senators who didn’t sign the brief was telling—among them Mitch McConnell, Susan Collins, Lindsey Graham, Cory Gardner, and Martha McSally.

What these senators have in common is that they are all up for reelection in 2020. Their silence, wrote Campoamor, “is a reminder that the public is not on board with the anti-abortion movement’s ultimate goal. And vulnerable lawmakers know it.” Equally inconvenient to partisan members of Congress is that a majority of Americans support term limits: As of 2018, 82 percent of voters, across all demographics and party affiliations, were in favor of a Constitutional amendment to mandate congressional term limits. There’s a reason Donald Trump made establishing term limits a central campaign promise in 2016: Regardless of his intention to follow through (spoiler: he has not), he knew the issue polled well and spoke to voters’ baseline frustration with a congressional body whose main concern, on both sides of the aisle, was kicking the legislative can down the road indefinitely.

Nobody would argue that term limits can fix a broken system, but a lack of them has led us to where we are right now—precarious, terrified, hung out to dry, and watching the likes of Feinstein remind us that they are insulated from the real-world impacts of their decisions. Keeping voters cynical that change is even possible is what career politicians depend on. Let’s not give them that satisfaction.

Read this Next: #ImWithHer But I Don't Have to Love Her 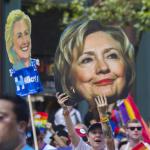 A New Generation Goes through the Patriarchal Rites of Passage