Digitizing the Dead is Capitalism’s Next Ghoulish Move 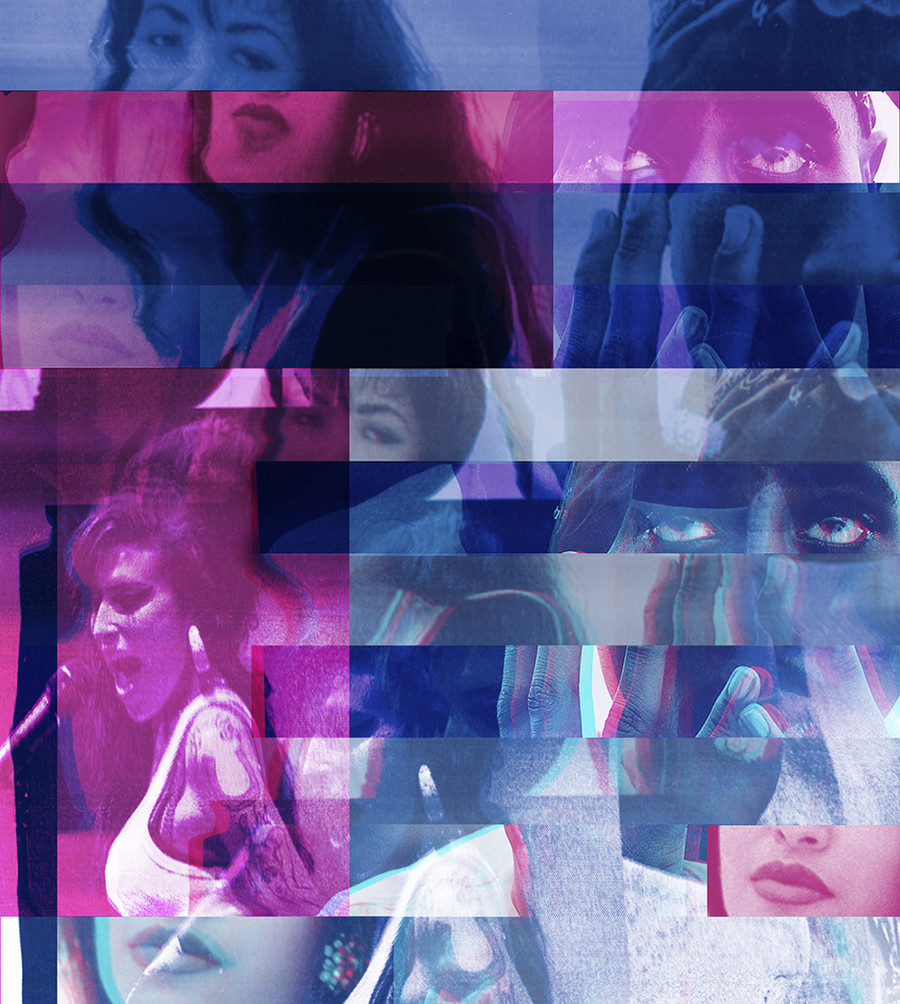 I felt the loss of my first legend in 1997, when I was five years old. Hiding behind the couch, I peered over my mom’s shoulder to watch the final moments of Selena. I watched the cuts between the ambulance and Selena’s empty stage and tears rolled down my cheeks. It didn’t matter that I was two years late to the news of Selena’s 1995 death; I was devastated because until that moment, I still believed that the young, talented, and beautiful lived forever.

Twenty-three years later, the once-rising star’s image and voice are still being used in highly visible and lucrative ways: the chart-topping 1995 release of Dreaming of You; M.A.C.’s 2016 commemorative cosmetic line (and most successful celebrity collaboration to date); and even Selena-themed bodega prayer candles available on Etsy. When celebrities, especially musicians, die, fans rightfully grieve for them, but what happens when mourning marries capitalism? In death, these stars often become even larger—and more profitable—than they were in life.

Musicians accompany us through our most intimate and vulnerable moments, including breakups, teen angst, weddings, and funerals—and this often fosters a false sense of intimacy. It’s unsurprising, then, that fans attempt to keep the memory of their favorite musicians alive by sharing memorabilia, #ThrowbackThursday photos, old videos, autographs, and stories in both in real life and on social media.

Yet many of these same artists struggled to retain copyright and creative control over their work when they were living, and aren’t here to correct misinterpretations, oversee a project being released, or negotiate for proper compensation. Sometimes, promoting and consuming a creator’s image and music after their death violates their wishes. For instance, Prince battled throughout his career with record labels and streaming services so he could maintain sole ownership of his work, so it’s troubling that his music is now available across all music-sharing platforms, including Spotify and Apple Music.

In 1998, Prince told Guitar World that using technology to bring back performers who had died was “the most demonic thing imaginable.” But Justin Timberlake still orchestrated a posthumous duet with a projection of the artist during the 2018 Super Bowl halftime show. Timberlake may simply have wanted to pay homage to The Purple One in Prince’s hometown of Minneapolis, but the larger question remains: Is it possible to consume a dead person’s art without exploiting them? It’s easy enough to shy away from the glut of tell-all books, documentaries, and autopsy reports that threaten to soil a deceased person’s public image, but we should also question which aspects of their personal lives even belong in the public domain—not only because the onslaught makes us uncomfortable, but also because it’s disrespectful.

Photos of Whitney Houston’s drug-littered bathroom should be off-limits, yet Kanye West licensed the photo for $85,000 and used it as the cover for Pusha T’s 2018 album DAYTONA. This particular photo trivializes Houston’s death and years-long struggle with addiction and turns it into a spectacle for public ogling. Other instances—such as art dealers selling an intimate letter that Tupac wrote to Madonna in 1995, or Seattle journalist Richard Lee attempting to release photos of Kurt Cobain’s body after he died by suicide—are breaches of privacy. If we’re all entitled to an intimate life, then we need clearer guidelines around what is considered private after someone, especially a public figure, has died.

But the “dead famous people” economy occupies a gray area between fans expressing dedicated admiration and savvy business types cashing in on the fact that dead celebrities can no longer offer—or deny—consent. Celebrity deaths become something we can ingest; there’s buy-in for an unfinished, unreleased Amy Winehouse track; for a performance by the very-much-alive Dr. Dre and Snoop Dogg performing next to a Tupac hologram at Coachella; for M.A.C. releasing yet another posthumous line, this time inspired by Aaliyah.

Even in this tabloid-obsessed culture, it’s possible to consume and appreciate a person’s artistry without disrespecting their legacy. Maybe it means boycotting new music that hasn’t been authorized by the celebrity’s estate, or refusing to listen to leaked tracks. Maybe it means refusing to consume media, like the National Enquirer, that displays images of dead celebrities in their last moments or laid to rest in their caskets. Honoring a famous person’s legacy should be about remembering and celebrating their talent and influence—not about capitalism, the media that feeds it, and all its consumers demanding a final encore.

Let’s pay our respects and allow our musical icons to rest in peace.

Read this Next: Selena Forever