Ding Dong: Anthony's Weiner Is His Own Damn Problem 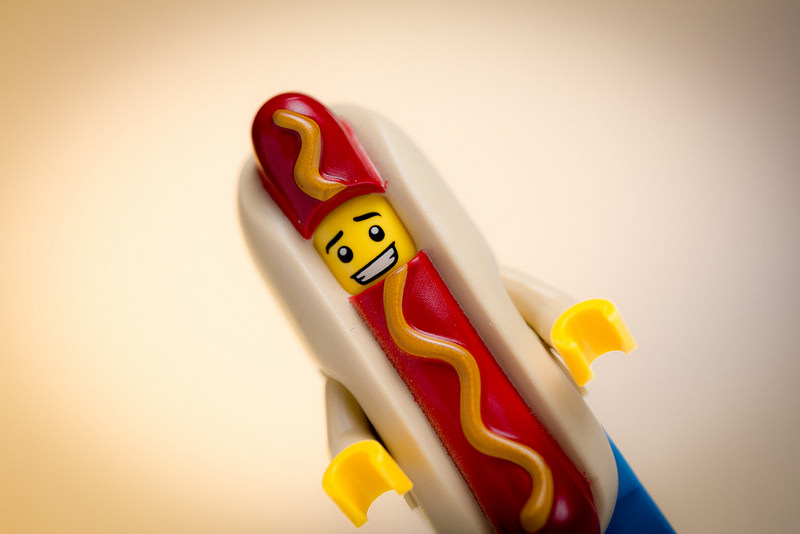 Mere months ago, I thought we had talked about Anthony Weiner’s wiener for the last time and had moved on to other scintillating topics, like: Is Donald Trump a lizard person? Can we confirm that Chelsea Clinton isn’t actually a paleontologist? Is my dentist overcharging for bitewing X-rays? (Yes, no, probably.) However, thanks to the New York Post, that esteemed bastion of hard-hitting journalism, this week we were once again collectively reminded of the fact that Anthony Weiner has a wiener and he likes taking pictures of it and sending those pictures to people, which, more power to you, Anthony. Who am I to stand in the way of your sexting. Would that we could all stop talking about it, though.

When the rest of us send nudie cuties, or at least semi-nudie cuties, we don’t end up splashed across the pages of the Post, so what gives? Weiner, of course, is a former New York congressman who got in hot water for diddling his dilly, and any political sex scandal is catnip to the circulation departments at all respectable news outlets. However, he’s been out of office for five years, which kind of makes you think this should be old news. But, his wife, Huma Abedin, happens to be a Washington power player: She was Secretary Hillary Clinton’s aide for many years and is now a key member of Clinton’s campaign staff.

We all know that wives are responsible for the misdoings of their husbands, so obviously the news that the husband of a woman who is working on a major political campaign likes to sext people who are not his wife is cause for brouhaha. Even more so in this case because this has already happened before (multiple times), and Abedin chose to stay in their relationship and work on their marriage, sucker that she is. This is the stuff of which The Good Wife and Frontline specials—or, for that matter, IFC’s Weiner—are made, my friends.

To wit: Though both of their husbands chose to bestow their sexual attention elsewhere, both women are somehow to blame. President Clinton may have been impeached over the Lewinsky sex scandal, but it’s Secretary Clinton who’s paid for it over the years—certainly Donald Trump thinks that dredging up 20-year-old scandals is “fair game” when it comes to hitting at the candidate.

Simply by being associated with one of the most hated women in politics, Abedin, who actually seems like a fairly private woman who wants to stay out of the limelight, has become a polarizing figure. The media has been breathlessly following the state of her marriage for months, putting tremendous pressure on a couple that was already struggling. She’s already been accused of improprieties with the Clinton Foundation and was implicated in the tangle of accusations over Secretary Clinton’s private email server, and she was smeared with claims that she was tied to the Muslim Brotherhood. Abedin also evidently offended the Washington Post with her sartorial decisions—a reminder that everything women do is up for comment.

And now, people are eager to view her husband’s infidelity as a strike against the Clinton campaign. The Washington Post, which hardly seems like a reactionary rag most of the time, even joined in:“[H]is questionable decisions are ensnaring his wife, one of Hillary Clinton’s top aides, by raising questions about her decision to leave their son in a potentially dangerous situation.”

Abedin’s upset of the traditional power balance—her decision to work with the Clinton campaign while her husband stayed at home with their young child—is coming back to bite her. A petty and vengeful media looking for a way to blame her for her husband’s sexting decisions has seized upon “child endangerment” as a new hook, since one of the images Weiner allegedly sent includes a photograph of their son next to him. Now Abedin isn’t just a wife who can’t keep her husband, but a monstrous mother too.

Meanwhile, Trump bizarrely announced that Secretary Clinton was somehow connected to Weiner’s infidelities, tying the Post feature to Hillary’s “bad judgment” in a press release. His comments echoed a Vanity Fair hit piece from this year that suggested Abedin was going to become a “problem” for the Clinton campaign, as though Secretary Clinton’s longtime friendship with Abedin was going to be repaid in tumbling poll numbers.

Sometimes Washington appears to have a deficit of actual adults capable of behaving in a reasonable fashion, especially when it comes to sex. It’s not just that the nation adores a sex scandal, but that Washington feeds on them as well, and inevitably, they’re used to tear women down. Weiner’s career may have paid the price for his personal decisions, but it’s his wife who has spent the ensuing years run ragged in the media, with her position on Secretary Clinton’s staff used to add fuel to the fire. Abedin has gone from being a figure in the background to a face of the campaign against her will, all because her husband can’t seem to keep his dick away from a camera.

We care about Anthony Weiner’s wiener not because we’re particularly interested in Weiner himself, but because we long to leverage his sexting against his wife and, by extension, to attack the Clinton campaign. Huma Abedin certainly isn’t to blame for the choices her husband—a fully independent adult—makes, and Secretary Clinton definitely isn’t, but both have the misfortune of being women in politics, a world where women are very much not allowed. Though their husbands were actually responsible for their sex scandals, Clinton and Abedin have become the guilty ones to the public, which likes to punish women for stepping out of bounds.

Surely, if Abedin had stayed at home with the baby instead of playing at politics, her husband wouldn’t have been compelled to run up their data bill.

by s.e. smith
Clinton is caught in the unwinnable trap of needing to avoid the appearance of being overemotional while also not looking cold, and it’s landed her square in the crosshairs of the conspiracy theory factory.