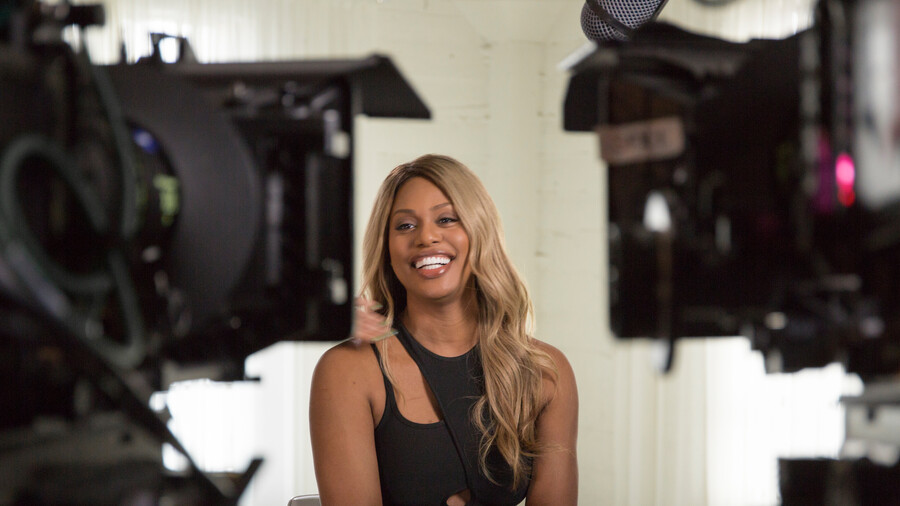 I used to think I was alone in wanting to fake my own death. I had a basic plan: Sneak out of town in the dead of night, move to a new city, and start a new life with a new name. My family would eventually realize I’d left; my former friends would mourn me; and I would live anew, safe in the sanctuary of my new identity. This was how I fought to cope with my identity as a transgender person for the decades leading up to my eventual coming out. This experience of feeling helpless, scared, and invisible is shared by many trans people, and it’s an experience I had yet to see onscreen until I watched Chaz Bono discuss this same pervasive line of thinking in Disclosure, a Netflix documentary directed by Sam Feder. It was the first time I watched someone on television openly discussing something that had lived in my mind for years.

Disclosure’s format feels familiar to those who’ve watched many documentaries: curated media clips, interspersed with talking heads, all opining on a singular subject. But the subject itself is where we diverge from familiarity, as Disclosure’s focus on transgender representation in popular media is still rare. Disclosure, which is executive produced by Laverne Cox, provides a rare opportunity for the kind of media analysis that trans people have been talking about, writing about, and posting about across social media for years. While a variety of voices are present in the documentary—people like The L Word’s Leo Sheng, Sense8 star Jamie Clayton, Angelica Ross from FX’s Pose, and more—it’s Cox who really feels like the star. In 2013, in the infancy of streaming services and binge-watching, Cox portrayed Sophia Burset on Orange Is the New Black, a Netflix drama set in a women’s prison in Connecticut, which led to her becoming the first openly trans person to be nominated for a Primetime Emmy Award.

It was the first time I saw myself reflected onscreen. Two years later, Caitlyn Jenner landed the cover of Vanity Fair, and all of a sudden everyone and their mother had very strong opinions about trans people; but for me it was Cox who had really signified a cultural shift. The image of her standing proud in her truth on the cover of Time with the words “The Transgender Tipping Point” in bold letters overlaid felt as though the door to a secret room had suddenly been left open—and maybe it was safe to go through. “Having my first interactions with what it meant to be transgender happening on television, even when characters aren’t necessarily trans identified—I think those characters affected how I thought of myself as a trans person and how the general public probably thinks about trans people,” Cox says in the opening minutes of the documentary, laying clear its thesis statement.

For the next hour and 47 minutes, we see how that representation has affected trans people. It’s a noteworthy statement considering the way that films prior have represented trans people. Films like Silence of the Lambs (1991), M. Butterfly (1993), and even Ace Ventura Pet Detective (1994) paint trans people as manipulative, aggressive, and violent. As trans identities are revealed in these films, straight male characters and their revulsion are centered, and it’s hard not to see an immediate through line to how trans people are treated generally in society today. Trans women are portrayed as these tricksters, like gender Lokis, always masking their real and sinister intentions. And these types of representation have a tangible impact.

“Trans people are being murdered disproportionately,” Cox says, and it’s true, especially for trans women of color. At the time of this article, we have lost 18 trans women to violence, all of them women of color, most of them Black trans women. By the time this piece is published that number will likely be higher. As Clayton puts it, “The more positive representation there is, the more confidence the community gains, which then puts us in more danger.” Roughly 80 percent of people don’t know any transgender people in their real lives (that they’re aware of). So, naturally, their exposure to trans lives comes from media and pop culture. If your primary informational resource indoctrinated you to the belief that trans people are hiding their “secret genders” from you in the name of some diabolical master plan, well, it’s unsurprising that fear would be the result, and fear is a powerful motivator for anger. This feels heavy because it is, but there’s sometimes validation in hardship.

For me, watching Disclosure felt like watching someone affirm things I’ve only heard because I’ve told them to myself in the mirror or thought to myself late at night when I can’t sleep. Hearing trans people be given the mic like this, to call to truth the ways they’ve been represented in the media, is powerful. There’s a moment toward the end of the documentary, where actress and producer Jen Richards is discussing the 2015 Caitlyn Jenner docuseries, I Am Cait, which she held a role in; despite Jenner having reprehensible politics, there was a lot of joy and truth in the series, as in the episode “Family Interference,” where a father beams with pride over his trans child. Richards takes this hard and notes that it’s rare for a parent to beam over their trans child: “[I had to] be okay with my mom never calling me Jen because Jen murdered her son. I had to be okay with that in order to survive myself. In order to deal with not being able to see my grandma before she died because I could only come home if I dressed as a boy,” Richards explains. “I had to deal with the fact that one of my best friends…won’t let me meet his children. I have to deal with those things, I have to live with those things. And I have to make that okay. And when I saw that father go so much further than I thought was even possible, it hurt, I couldn’t bear it.”

Disclosure is a noteworthy watch considering the way that films prior have represented trans people.

This is the moment when I had to pause to cry. “I’ve never looked at myself with the kind of love, respect, and awe that father had for his child,” Richards explains in Disclosure. ”I had to see it, and now that I have I want that.” The statement is a clear illustration of the value—and power—not only of representation onscreen, but of thoughtful, careful, and intentional representation that doesn’t simply lean into the tropes of the past. There is joy to be found in the documentary, too. MJ Rodriguez discusses Pose, an FX series exploring ballroom culture in the ’80s that she costars in. The show not only showcases trans and nonbinary actors, like Ross and Indya Moore, but also features trans people in positions of power offscreen as well. Janet Mock is the show’s producer, and it’s clear that there’s a visible difference in how trans lives are represented when we are not only the actors on camera, but also the people behind it.

Rodriguez’s discussion felt honest and encouraging, as did Lilly Wachowski’s (The Matrix, 1999, and Sense8, 2015) explanation of how it felt to work with Clayton on Sense8. “There’s something about the magic trick of creating something, out of thin air, and then using that thing as this handhold to move yourself forward ,” Wachowski says, “That’s what Nomi was to me.” Clayton later remarks on her character being “not defined by her transness.” The opportunity to play a character so in tune with life, being able to act as yourself, not a victim or a joke but a character with love and agency, was valuable for Clayton, who puts it best by saying “I couldn’t help but just: this,” before smiling the kind of rare and genuine smile that’s centered in true joy. Disclosure is by no means perfect. In general, the trans women featured are passable examples of classically coded femininity, and the same can be said for trans men and their masculinity.

Unfortunately, nonbinary identities are skimmed over, which is disappointing in a film that focuses on how media misrepresents trans people to the detriment of the community. By excluding nonbinary trans people, the film lets us down by not giving an accurate representation of what trans communities and trans people really look like. There’s room for improvement and I hope to see these issues centered in future documentaries about trans people. Despite its flaws, Disclosure is a wholly unique experience. For a majority cis audience, it’s a critical watch—not only for the educational value of critically examining how media has shaped cis people’s perception of trans people, but also for the potential to shape what cis people do upon leaving the documentary with that knowledge, and and to examine where we go from here. For a lot of trans people, Disclosure offers real validation.

Just seeing the documentary in the “recommended” section of Netflix—this brief centering of trans experiences onscreen—is an emotional experience. We can hold these experiences, of watching painful and difficult moments onscreen with our trans siblings and talking about how they hurt us, with the shared knowledge of our lives. The end goal for us all is absolution. We shouldn’t need a Disclosure at all. As Richards puts it, “It presupposes that there is something to disclose.” Maybe if trans people get to portray trans people, if trans people get to write and produce trans stories, maybe you’ll see us as people. Maybe you won’t need a popular documentary to prove that our lives are worth celebrating. Until that day, we’re lucky to have Disclosure to carry some of that burden for us.

Read this Next: #GirlsLikeUs: Trans Feminist Advocacy and Community Building 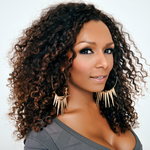 by Sarah J. Jackson
Black trans women and their political frameworks have become the face not only of trans issues but of LGBT issues as a whole—a representation few could have imagined even a decade ago.