Disney’s “Mulan” Remake Doesn’t Challenge the Patriarchy. It Reinforces It 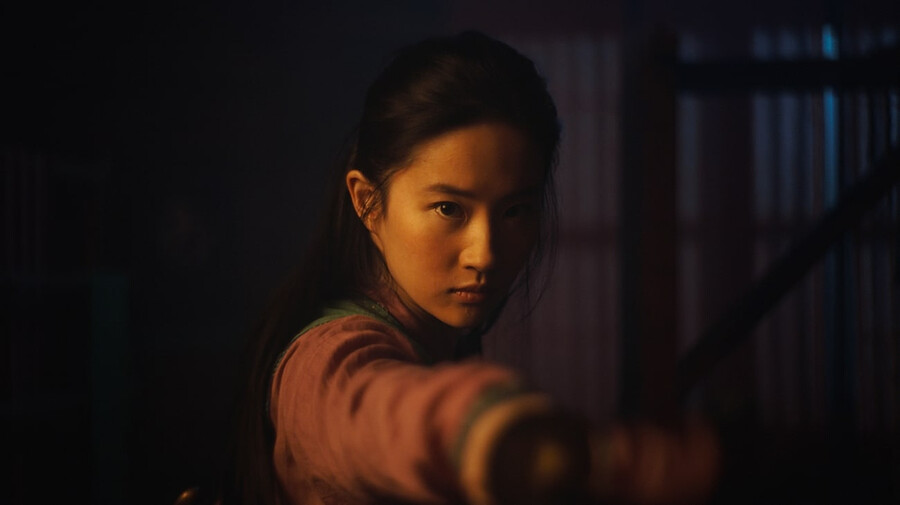 Like countless children across generations, Disney animated classics made up much of the media I consumed in my childhood. As a young girl, I was most drawn to the princesses: From Snow White (1937) to Aladdin’s (1992) Jasmine and everyone in-between, I had plenty of princesses to look up to and admire. But it wasn’t until 1998’s Mulan that I saw my Asian (Filipino with a Chinese maternal grandmother, to be precise) identity reflected in a Disney princess. While the importance of diverse media representation wasn’t explicitly clear to me as a 7-year-old growing up in the ’90s, Mulan quickly became one of my favorite Disney characters largely because she was the most relatable to me.

Fast forward more than 20 years, and a live-action Mulan remake has finally premiered on Disney+ six months after the pandemic pushed the film from its March release date. This retelling should’ve been an instant win for me, but from the time they announced that Niki Caro (2002’s Whale Rider and 2017’s The Zookeeper’s Wife), a white woman from New Zealand, would direct the film, I knew there was a high chance that it would be a mess. When an audience member asked Caro at the 2019 Power of Inclusion Summit if the story might be better served by a director of Chinese descent, she said that the film’s executive producer Bill Kong asked Disney to consider filmmakers outside of China. “It’s certainly about Chinese culture and a terribly old and important story there…But the other culture to contend with is the culture of Disney,” Caro said, according to The Hollywood Reporter. “It’s a very strong culture in the world that reaches many, many people. And so, between them, it was determined that they would widely search for directors that weren’t solely Chinese.”

Of course, Caro isn’t responsible for Disney’s decision to hire a white director for a movie based on Chinese folklore, but it speaks volumes that she was comfortable taking the role in the first place and had the gall to deflect criticism using her Chinese executive producer as her shield.

It seems as if Caro thinks a nonwhite person wouldn’t understand “Disney culture” while actively and conveniently ignoring that wanting someone “outside of China” could’ve meant hiring a director in the Asian diaspora. I can only wistfully imagine what the project could’ve been had the story been told through an Asian American feminist lens, especially given that “filial piety” (devotion to family, as it’s referred to in the film) is an important theme. As Teresa Lo wrote in a recent piece for USA Today, filial piety is a value in Chinese families that establishes a “child’s duty to obey, respect, and care for their parents.” Chinese philosopher Confucius believed that filial piety was a root of a person, one that would make them less inclined to rebel against their superiors. Lo continues: “In the new film, [this greatly simplified version of filial piety] is sometimes used as an archaic and patriarchal tool to constrain Mulan into stereotypical roles of obedient daughter and dutiful wife.” This is where my issues with the film itself begin. Though I held out hope that the film would surprise me, I was both bored and aggravated by the time the credits rolled. Not only does the whiteness of the creative team permeate the story, but Mulan ultimately upholds the patriarchal status quo even more than its animated predecessor. The film opens with a voice over from Hua Zhou (Tzi Ma), Mulan’s father, as he watches a young Mulan (Crystal Rao) practice martial arts in a field, effortlessly wielding a wooden practice sword.

Addressing their ancestors, he wonders, “If you had such a daughter, her qi, the boundless energy of life itself speaking through her every motion, could you tell her that only a son could wield it? That a daughter would risk shame, dishonor, exile?” In reality, qi (pronounced ch’i) is simply one’s life force or energy, which runs through every living entity regardless of gender. For the purposes of the plot, however, Mulan reimagines this aspect of traditional Chinese medicine as if it were meant for the likes of a Star Wars movie. Writing qi into the plot only serves Caro’s commitment to making the film a “girly martial arts extravaganza” by allowing her to reimagine Mulan (played as an adult by Yifei Liu) as a superhero. That the film’s team of white creatives nonsensically repurposed qi solely for the convenience of the plot is cringeworthy at best and appropriative at worst.

Turning her into a Jedi is also troubling in itself, as it ultimately strips Mulan of her humanity—and looks flat out awkward onscreen. While Mulan being depicted as a skilled warrior before enlisting in the Army is a closer interpretation of the original ballad, it was her inexperience and determination to improve that made her animated predecessor so relatable and charming. As Angie Han writes in Mashable, “This is a Mulan to admire as a role model, not one to recognize and relate to as a flawed fellow human…” Indeed, I was disappointed by my inability to connect with this version of Mulan. The modern retelling seemingly sacrifices the humanity of its characters to establish itself as a war epic about filial piety. This is particularly evident in how the film depicts Mulan’s relationship with her parents. Rather than coming across to viewers as warm and loving (as they come across in the original animation, even when they disagree with Mulan’s choices), Caro’s team writes them as stoic, harsh authority figures.

Early in the film when Mulan’s still a child, her mother (Rosalind Chao) frets that no man would want to marry a girl who so easily defies the expectations of her gender. She reminds her husband that their daughter must bring honor to the family through marriage. This leads Zhou to urge Mulan to hide her qi, which doesn’t make sense, and conceal her fighting prowess. If I were Mulan, I would’ve been deeply hurt to hear this from my parents. Ultimately, given everything I’ve learned about feminism between 1998 and today, I found it difficult to empathize with Mulan’s devotion to her family in light of their oppressive, patriarchal attitudes toward her, and the film failed to force this empathy through precise, nuanced storytelling. While their animated counterparts still expect Mulan to “learn her place” (barf) as their daughter, it at least shows us the unconditional love and warmth between them. Without that bond, today’s Mulan comes across as blindly devoted to her father, and by extension, to the state. By the end of the film, we’re supposed to believe that her ultimate happy ending is taking her place as a soldier in the Emperor’s Guard. Mulan ends up risking her life and dignity out of subservience, which makes for a far less compelling reason than love and care for her family.

It’s unfortunate that this is the modern version of Mulan, but Caro didn’t have the range to bring us the version of Mulan we needed in 2020. To her credit, I appreciated her Mulan’s graceful combat skills, the stunningly beautiful cinematography of the film itself, and the all-star supporting cast. But I’m also sick of seeing Asian women being denied their emotions in the interest of serving a supposedly greater and more worthy purpose. It’s a shame that she and her creative team couldn’t just write Mulan as a human being who could also kick ass if she wanted to. I can only describe Mulan as a visually spectacular disappointment. Void of any emotional resonance, the film eschews coherent storytelling for what amounts to an Orientalist war epic masquerading as a feminist win for Asians everywhere.

Read this Next: The Problem with “Aladdin”