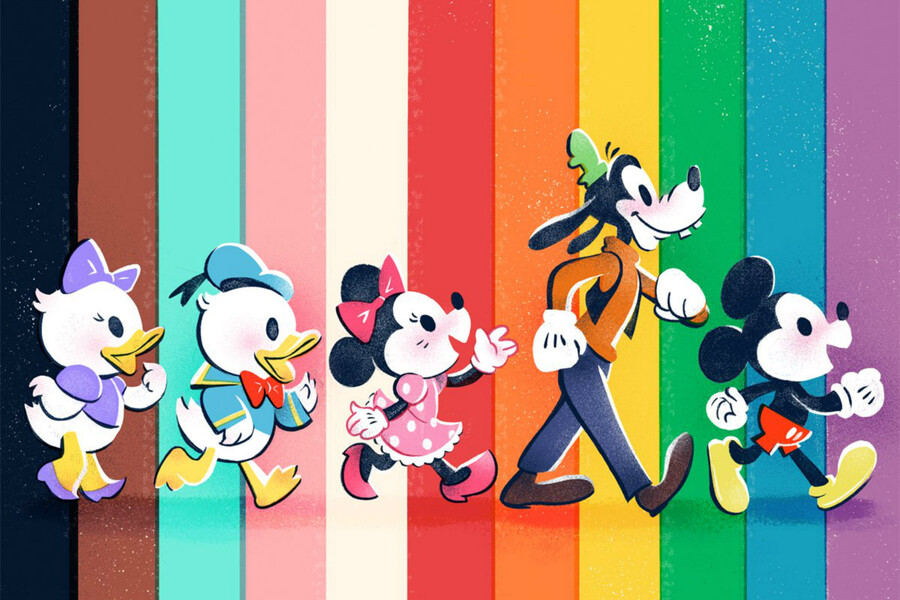 Disney is once again attempting to edge its way to the forefront of Pride Month: This month, the company has unveiled new Pride-focused merchandise in a feeble effort to appear inclusive. One Lilo and Stitch–themed t-shirt reads “Ohana means family,” while another depicts the Pixar lab in rainbow colors. Yet behind the scenes, Disney tells another story—one that, as Gravity Falls creator Alex Hirsch recently noted on Twitter, treats LGBTQ-focused content as unsuitable for their audiences. “To any creative at Disney TV, feature, publishing, or streaming: Please mercilessly spam your execs with ‘there’s room for everyone under the rainbow’ next time they tell you to ‘please revise’ your LGBTQ+ character for ‘not being Disney appropriate,’” Hirsch added, a request that was retweeted more than 7,000 times.

When Cruella hit theaters on May 28, some praised the Emma Stone–led production as “camp, queer, and honest,” while others slammed it for unnecessary queerbaiting. One example of the latter is Artie (John McCrea), a thinly veiled henchman who dresses in genderfluid clothing. The film is set in the world of fashion, so it makes sense for Artie to be well-versed in industry trends. His lace, satin, and silk ensembles were first praised by queer viewers craving representation and subsequently criticized by conservatives for peddling a “gay agenda.” That’s par for the course for Disney productions: In recent years, each new effort is at some point hailed for introducing the corporation’s “first” queer character because without any fleshed-out queer narrative or canon to rely on, LGBTQ viewers grasp at narrative straws, desperate to be seen by the industry that shaped their upbringings.

Though the studio’s alleged gay agenda has inched forward recently, with Lena Waithe’s role as Officer Spector in Onward, the character quickly faded to the background after five minutes of screen time. Disney touted Officer Spector as its first openly gay character, but it also censored the film in Russia, changing Spector’s line about her “girlfriend” to a line about her “partner.” Beyond Onward, queer representation has largely consisted of internet speculation about Finding Dory’s “presumed lesbian couple” and a “canonically queer Lefou” praised for his “subtle queerness” in Beauty and the Beast. Though Disney has created queer-coded villains such as Jafar, Scar, and Ursula to help the company manage its pseudo-progressive agenda, this approached has contributed to homophobic discourse. As John Weir notes in a 1992 article for the New York Times, this sort of queercoding inherently equates queerness with evil, becoming a form of gay bashing.

“Granted there are absurd and sinister gay men and lesbians in real life, just as there are evil heterosexuals,” Weir writes. “But heterosexuals are never defined as evil or irrelevant simply because of their sexuality.” Following this line of logic, Disney has done the perfect job pretending to be progressive while actually falling three steps behind. Disney added insult to injury by scrapping Nimona, its first legitimately queer film, in March 2021. Adapted from Noelle Stevenson’s graphic novel about a villain named Ballister who hires the titular young shapeshifter as a sidekick, Nimona was set to be adapted by Blue Sky Studios, an animation studio acquired by Disney in 2019. Stevenson helmed  Netflix’s recent She-Ra and the Princesses of Power reboot, and her book drew a cult following with its embrace of LGBTQ culture and efforts to bridge the gap between generations of queer people.

In a piece for her blog, Watchful Mother, Jenny Bullough writes that Nimona helped her develop a closer relationship with her queer children: “The fact that I didn’t read [Blackheart and Goldenloin] as a gay couple and our queer kid did, reinforces for me that she’s so eager to see her identity reflected and represented in popular culture that she will read into the most obliquely coded references and claim them as legitimate LGBTQ canon,” she writes. “Which also underscores for me the need for even more obvious and outright positive LGBTQ representation in what’s available for tweens and teens to read, watch, and listen to.” The animated movie was expected to feature a genderfluid shapeshifting lead, and, even more exciting, a same-sex kiss. After Disney edited a lesbian kiss out of 2019’s Star Wars: The Rise of Skywalker, there was hope that Nimona could be a turning point for how the corporation handles queerness. However, 10 months before production finished, Disney abruptly dropped the film due to  COVID-related budget cuts. Considering that Disney owns everything, budget cuts read more as an excuse than a legitimate reason for halting production. The corporation also severed ties with Blue Sky Studios entirely, laying off more than 450 employees.

Disney’s effort to co-opt Pride as a show of radical acceptance is an attempt to mask continued refusals to support the LGBTQ community behind the scenes.

Instead of embracing a film that doesn’t employ the Bury Your Gays trope, Disney chose to, well, bury its gays. It was another blow for queer Disney viewers, many of whom still turn to the brand for a sense of comfort, validation, and childlike wonder that keeps the magic alive in our heart. To be told “no” again and again can, especially for the queer community, reopen a wound that never really heals. But the media outlets that consistently grant “diversity” back-pats to a company that trafficks in racism, sexism, and antisemitism gives it the leeway to press pause on legitimate progress. Despite its CEO’s claims of doing his best to fight Disney’s homophobic past, the company, like so many others, doesn’t want to relinquish power in the face of social change. Its effort to co-opt Pride as a show of radical acceptance is an attempt to mask continued refusals to support the LGBTQ community behind the scenes, whether it’s branding Love, Simon as “not family friendly” or donating to homophobic lawmakers who support anti-trans legislation.

Though more than 5 percent of adults in the United States identify as members of the LGBTQ community and that number is expected to rise, only 10 percent of television characters in 2019 were queer and only 38 of those characters were trans. That number dropped to 9 percent in 2020. In the past year, the number of queer characters were down by 1 percent; currently, of the 773 series regulars appearing on primetime television, only 70 are LGBTQ. The door for queer inclusion seems wider, but those on the inside are constantly pulling it shut, a two-way fight over how the future will prevail. In a time when TikTok has expedited the experience of coming out, kids have more access to gay content than ever before. Because of this, we should be furthering the conversation on sexuality instead of halting it. By embracing certain aspects of one lifestyle while ignoring another, we limit children from developing a deeper, more complex understanding of their own identity. Especially now, when so many parents responded poorly to Jojo Siwa coming out, Disney’s disinterest in truly embracing the same consumers its Pride messaging targets sends a clear-cut message: Queer representation isn’t important, and queer content must be released on the company’s terms—no matter what it costs LGBTQ people before, during, and after Pride.

Read this Next: Better With Time 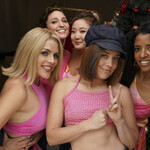 by Sophia Stewart
What if women become more themselves as they age?