Irish UprisingA Country’s Vote on Abortion Will Change Everything 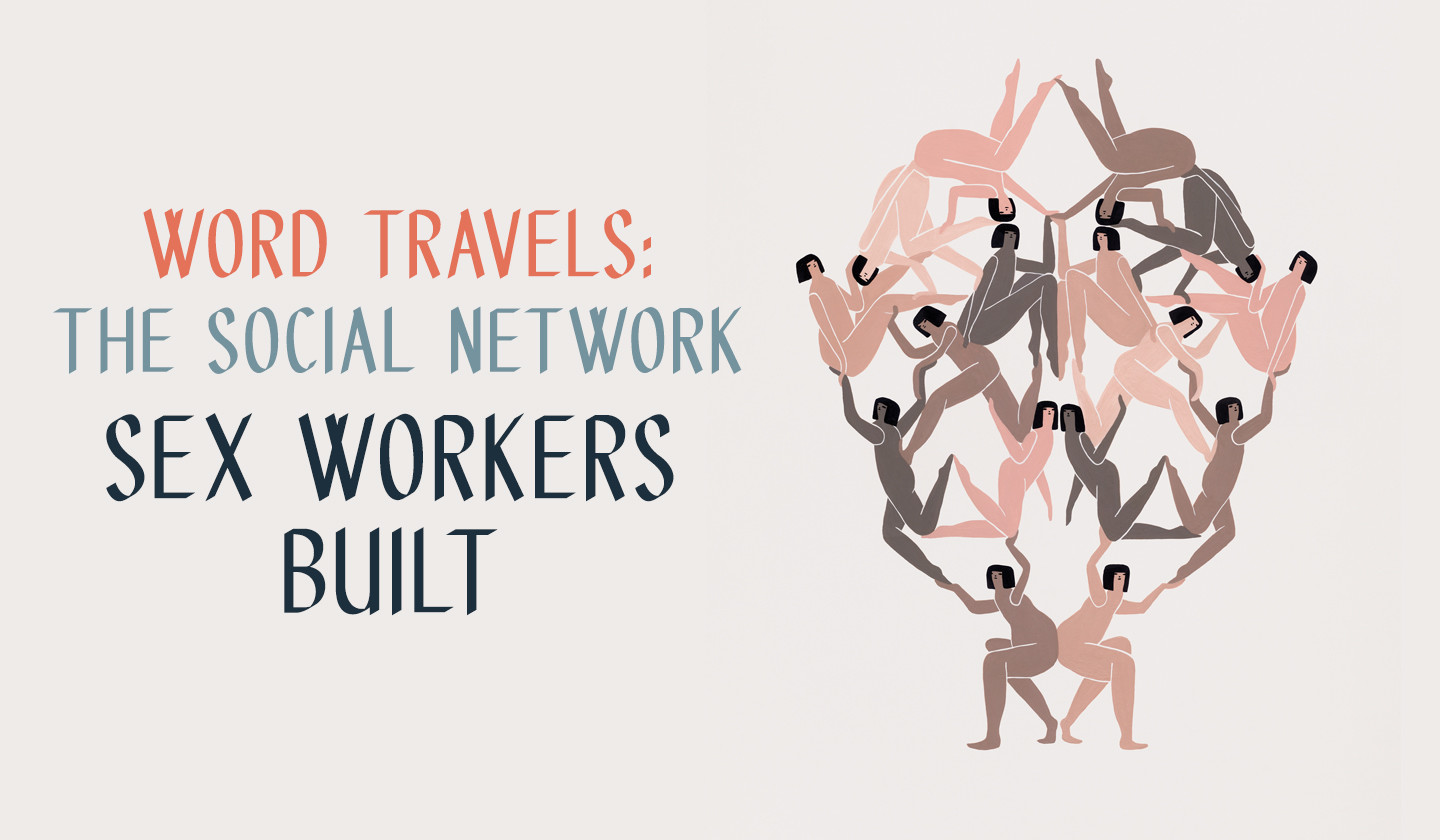 The spring of 2018 will be a historic one for women (and anyone seeking abortion care) in Ireland. The country is set to hold a referendum on its abortion laws for the first time since 1983. These laws, outlined in Ireland’s Constitution, have long been regarded as some of the most restrictive in Europe. In Ireland, abortion has been criminalized since 1861.

Ireland’s Eighth Amendment declares that “the state acknowledges the right to life of the unborn and, with due regard to the equal right to life of the mother, guarantees in its laws to respect, and as far as practicable, by its laws to defend and vindicate that right.” Simply put, this amendment equates the life of a fetus to that of its mother, guaranteeing its absolute protection by the Irish government.

As such, abortion is illegal under almost all circumstances in Ireland. Even in cases where the mother has been the victim of rape or incest, or in cases where her fetus is not viable outside of the womb, a woman cannot legally receive an abortion while living inside of the largely Catholic country unless her life is in immediate danger. Women caught attempting to receive an abortion, including the abortion pill, can face up to 14 years in prison. The same is true for anyone attempting to provide information on abortion services, creating a terrifying and hostile environment for women and their physicians.

In Ireland, abortion has been criminalized since 1861.

Unable to rely on services at home, thousands of Irish women must leave the country each year in order to seek medical treatment abroad. According to U.K. government statistics, some 4,000 Irish women traveled to England or Wales to terminate their pregnancies in 2016 alone. This statistic evens out to roughly 10 women leaving their country every day for what should be considered a standard and routine medical procedure. Even more women in Ireland seek abortion pills such as Mifepristone and Misoprostol online. In 2014, 1,017 medical abortion pills were seized by Irish Customs, highlighting the demand for such medication within the country. 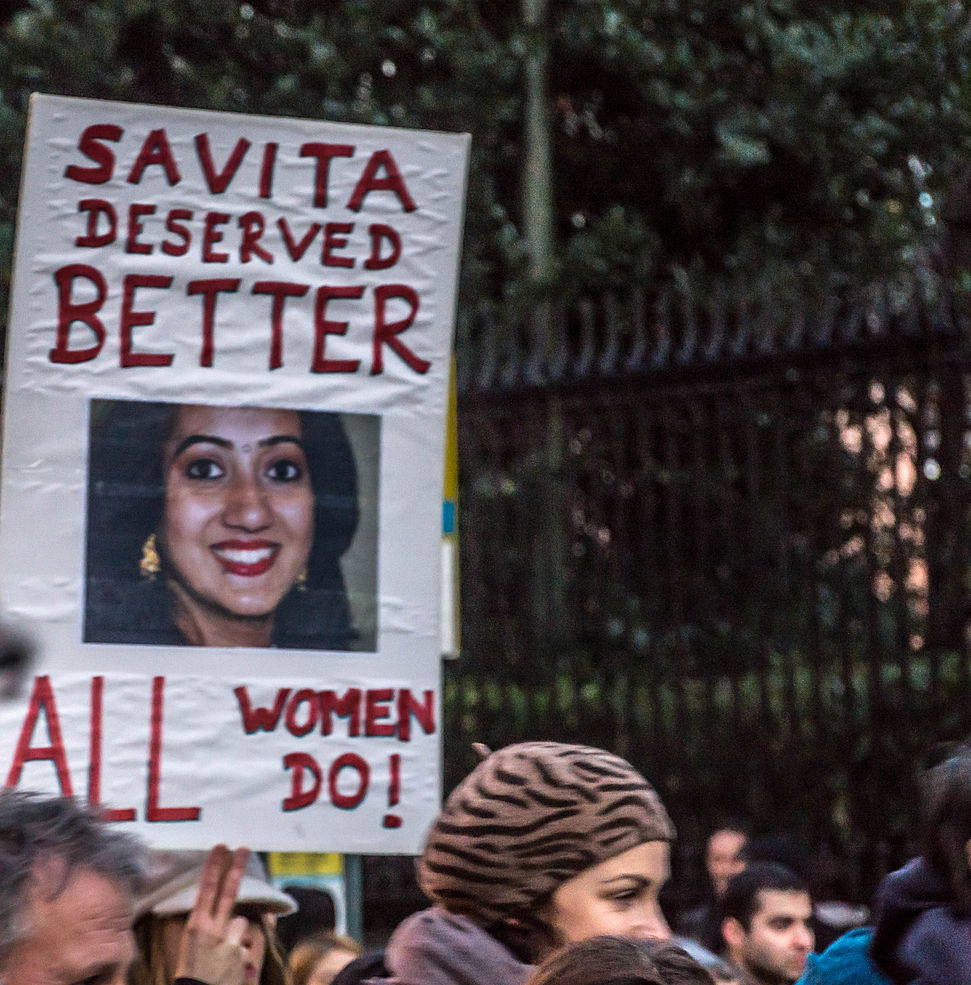 Yet not every woman in need of an abortion has the ability to travel abroad or order pills. Many Irish women may not even necessarily want or think they’ll need an abortion within their lifetime, and in many scenarios, these are the women most at risk from Ireland’s outdated laws. This statement rings especially true in the case of Savita Halappanavar, a 31-year-old dentist who died at the University Hospital Galway after having a miscarriage.

Halappanavar was expecting her first child, and was, according to her husband, Praveen Halappanavar, “on top of the world.” The couple was thrilled with the pregnancy, but everything changed the night that Halappanavar began complaining of back pain. They quickly called the University Hospital Galway, and Savita was later hospitalized.

She was miscarrying, but doctors at the University Hospital refused to perform an abortion. The fetus still had a heartbeat, and despite pleas from her family, Irish law made treating Halappanavar illegal. Before long, her miscarriage became septic. Her husband argued with the doctors, demanding to know why an abortion could not be performed when it was clear that both his wife and child would not survive. He was told by doctors that it was because Ireland is “a Catholic country,” and on the morning of October 28, 2012, Savita was pronounced dead.

Halappanavar’s name soon became a rallying cry for the women of Ireland, many of whom were determined to see that such a tragedy would never happen in their country again. A year later, in 2013, the Protection of Life During Pregnancy Act passed, legalizing abortions when the mother’s life is in danger, an apparent admission of the Eighth Amendment’s deadly nature. Unsatisfied and rightfully enraged, the pro-choice movement began to take on a new life in Ireland, forming the Coalition to Repeal the Eighth Amendment. 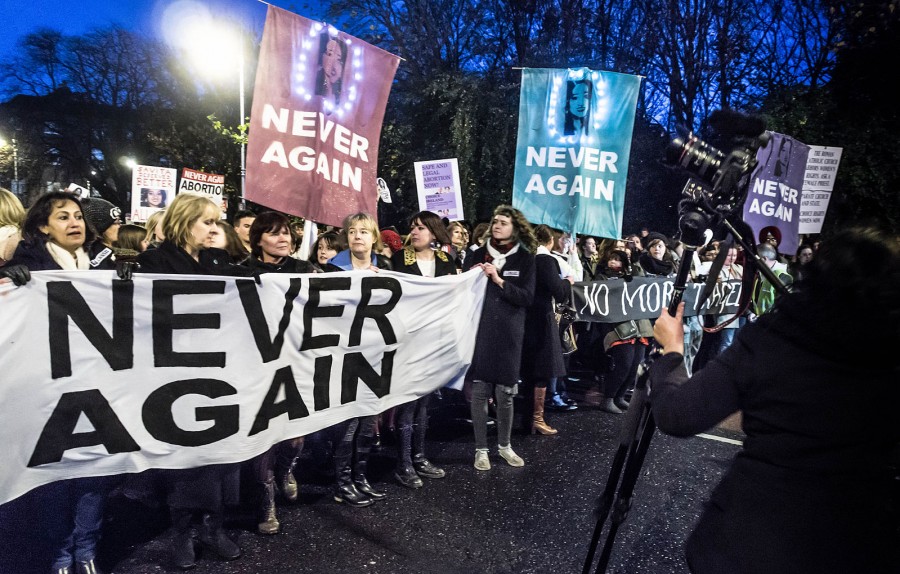 On November 17, 2012, over 10,000 people marched in Dublin following the death of Savita Halappanavar (Wikimedia/William Murphy)

Often shortened to “Repeal,” the movement is made up of more than 100 Irish organizations that believe the country’s Eighth Amendment must be removed entirely in order to protect the lives and dignity of Irish women. Together, these groups have pushed for a referendum and helped stage countless protests all over the country.

The year 2017 proved to be an especially vocal one for the repeal movement, with several gatherings building up to the announcement of a referendum in September. On January 21, some 500,000 protesters took to the streets of Dublin to join the Women’s March, which was as much about feminist issues and abortion in Ireland as it was about the backward policies of the newly elected President Trump.

With the pressure on, the Irish government decided to hold a Citizen’s Assembly on the issue of abortion in March. Many involved in the repeal movement saw this as an effort to stall progress and quiet their voices, so they threatened to march again if a referendum was not declared. The government refused to back down, only pushing the assembly further out to April. On March 8, International Women’s Day, another 10,000 protesters took to the streets of Dublin for the Strike for Repeal. Dressed in all black, these women left their places of work and school at noon to block traffic on both sides of the O’Connell Bridge. Dublin’s bustling city center was deadlocked, and Strike for Repeal made international headlines while the whole world watched.

Come April, members of the repeal movement feared that the Citizen’s Assembly would only vote to enforce Ireland’s pro-life policies, but in a first for the country, this was not the case. The assembly instead heard testimonies from scores of Irish women and received some 13,000 additional submissions. The 99 randomly selected members of the assembly then voted in favor of changing Ireland’s constitutional law, 79 to 12, placing the ball into the court of the Irish government and newly elected Prime Minister Leo Varadkar.

Varadkar’s announcement to honor the decision of the Citizen’s Assembly with a referendum in May or June 2018 shocked the world. Varadkar had previously been against making any changes to the Eighth Amendment despite admitting that the laws might be too restrictive. Now members of the repeal movement are urging women to register for the upcoming vote, and hopes are high that this will be another first for Ireland.

Despite its heavily Catholic heritage, Ireland has made tremendous strides in the past two decades. The country saw the legalization of divorce in 1996, and in 2015, Ireland became the first country to legalize gay marriage by popular vote. Varadkar himself is Ireland’s first openly gay Prime Minister, and it’s becoming more and more apparent that the Irish people are ready for change. For the first time in their lives, Irish women will be given a chance to claim autonomy over their own bodies. While the referendum this spring may not fully repeal the Eighth Amendment, it will still mark a historic victory for progress. 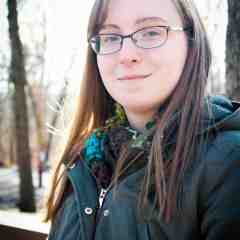 Meghan Neely is an undergrad student at Champlain College. She is pursuing a Bachelor’s degree in professional writing and her previous works have appeared in The Odyssey Online. More of her work can be found at www.meghancneely.com.