Dispatches from Outside the Women's March | Bitch Media

Dispatches from Outside the Women's March 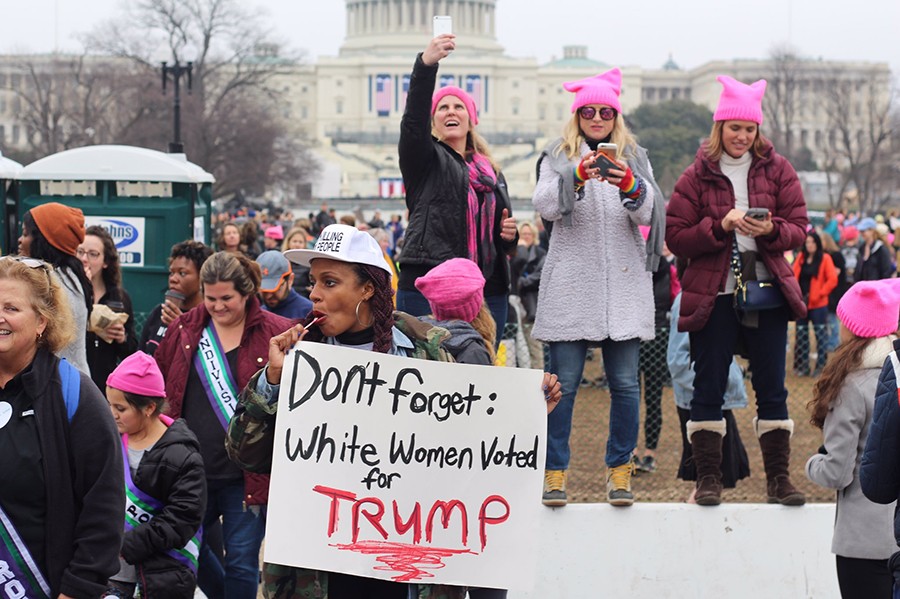 The story of feminism in the United States is largely undocumented. Technology was not yet available to photograph Native women resisting colonialism. And when abolitionist Sojourner Truth escaped slavery with her infant daughter in 1826? Yeah, there was not an app for her to signal her freedom to followers. Nope, feminism did not begin with the proverbial “first wave” of the feminist suffragists.  It goes back.  Way back. Feminism has no start date because we know that women of color have been resisting colonialism, imperialism, and slavery from the beginning. That is the story of feminism in this country: its origin predates documentation.

The story of feminism continued with a giant leap on November 8, 2016 when Donald Trump was elected and a subsequent Women’s March was planned and executed the day after his inauguration on January 21, 2017 with an estimation of over 3 million people marching with the reason of choice. Reproductive rights under attack? March. A broken immigration system?  March. Preserve Obamacare? Climate change? College debt? March. Primarily, though, the reason was to protest Donald Trump.

The photographs of the marches that took place all over the world are stunning. It’s hard to not gaze at the millions of dots representing the masses and not hear the chants and music. You can almost feel the energy coming from the images: the boisterous crowds, vividly painted posters, the images of so many faces captured in a collective roar.  (One of my personal favorite signs: “So bad, even introverts are here.”)

The aerial shots don’t capture everything, though. There are many other images that fill my mind when I think of what dissent can look like. Living room protests. Reading banned books. Penning political poems. A friend of mine who is a new mother breastfed her newborn in earnest to grow her feminist child. A group of self-identified NYC witches used song and performance to cast spells on institutions and banish white supremacy, misogyny, islamaphobia, transphobia and fascism in lower Manhattan. This is what resistance can look like: bravely dissimilar.

The Women’s March is not only a bold chapter in the continuing narrative of U.S. feminisms, it also accurately documented the problems still unresolved in feminist movements; namely white supremacy, bio essentialism, and ableism. It can’t be overstated: we need to center the people who couldn’t be there either by exclusion or by inability. This means disenfranchised communities, incarcerated women, single mothers with multiple jobs, U.S. residents not yet made legal citizens, the chronically ill, folks with disability, immigrants and exploited laborers.  This also means ruminating the lines drawn by biases and rhetoric preventing the full participation of trans women, sex workers, or indigenous women. As Trump’s administration begins to construct false realities and offer “alternative facts,” these marginalized populations are the ones most likely to bear the brunt of Trump’s attack on civil rights and social programs.  If you’re feeling overwhelmed and you’re not sure where to begin, start off by reading Aqdas Aftab, our 2017 Writing Fellow in Global Feminism. We got you covered.

There are so many ways to continue the story of feminism and as I begin my first full week as the new editorial director, I am invested in and excited to help highlight what is not always documented, what is often made invisible, and to center critical voices so all our feminisms are bolstered. It’s up to all of us to write what this next chapter of feminism will look like, to document these times and how we resisted. Together. 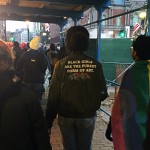