This Election Was Always Going to Come Down to Consent 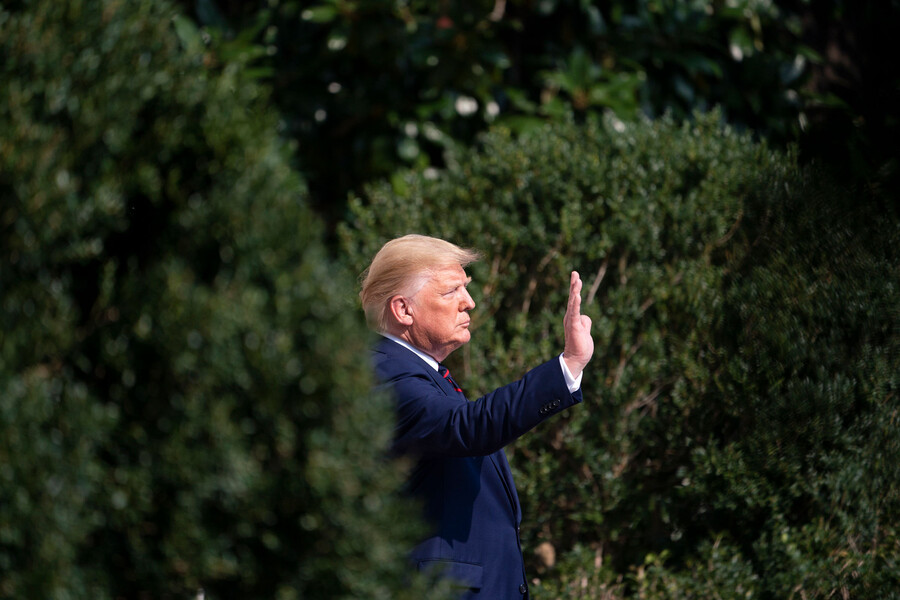 During the first presidential debate between President Donald Trump and former Vice President Joe Biden, my spouse and I sat side by side—both of us shaking—on our couch. I wasn’t trembling in fear or from rage. Instead, it was the kind of deep shaking—originating in my belly and spreading for more than an hour throughout my legs, back, and shoulders—that’s the direct product of recalled trauma. I shook in exactly the same way more than 13 years ago when I sat alongside my then friend, now spouse, and told him about the sexual assault I’d experienced at the age of 15. After watching the debate, I posted to Facebook asking if other debate watchers were experiencing physical symptoms. The responses quickly poured in: nausea, pounding heart, elevated blood pressure, shaking. At least a dozen people said they were also shaking.

Trump is often cast by his critics as having no ideology or consistent guiding principle behind his platform and policies, which change with the political winds. But this is a dangerous misread of the man. Despite being a veritable fire hose of lies, Trump is an uncannily consistent person. Racism, for instance, has guided his behavior for decades, as has his disdain for “losers” and “suckers,” terms he allegedly used in reference to U.S. military personnel killed in combat. Trump’s policy positions reveal that he sees many people, including refugees or immigrants who flee danger in their homeland or choose massive upheaval in hopes of a better life for their children, as losers and suckers. Black Americans killed by police are losers. People who have the gall to be vulnerable enough to catch COVID-19 or, even worse, to die from it? Losers. People with disabilities? Trans Americans? Protestors? Losers and suckers. Perhaps the most consistent of Trump’s consistencies is what I reacted to so viscerally during that shambolic debate: He’s an abuser and assaulter who makes a practice of disregarding consent.

Twenty-six women have accused Trump of sexual misconduct, and in 2005, he bragged about sexually assaulting women with impunity. This isn’t news, but it also can’t be the end of the narrative. Trump’s disdain for the will of the other isn’t restricted to one-on-one encounters in VIP boxes, dressing rooms, or first-class cabins; as my shaking evidenced on debate night, this same behavior of Trump’s reveals itself in much of what he does. When he flatters authoritarian leaders, he displays his admiration for powerful men who take what they want. When he cages children and seizes tribal lands, he’s doing the foreign and domestic policy equivalent of “grabbing ‘em by the pussy.” When he stands on a debate stage—decked in the trappings of legitimacy and political decorum—and badgers, mocks, and bullies, he’s abusing not just his opponent and the moderator but every American watching who believes democracy should be more than a farce.

Trump likes to hide atrocity under atrocity, layering bad behaviors until their sum effect is heavy enough to lull the public like a weighted blanket. But we don’t have to find the energy to respond to every news story if we can realize this crucial fact: It’s all a single story. Locker-room talk is dressing-room behavior is debate-stage strategy is policy decision-making—and another chapter of the same story is set to play out as Americans complete the voting process. Democracy turns on consent. We the people express our will by going to the polls, and our collective yes confers power. But since Trump doesn’t care about any of that, he and his loyalists are working hard to undermine the integrity of the election on every possible front. In 2016, when Trump suggested he might dispute the outcome of the election if he didn’t win, the electoral college ended up saving him (though he still lost the popular vote). Now, in the midst of a pandemic, Trump is manipulating a public-health crisis for his own gain, suggesting against all evidence that mail-in and early voting—practices made essential by COVID-19—allow for massive fraud. He’s undermining voter confidence with his rhetoric, calling on his defenders to engage in voter intimidation and threatening the U.S. Postal Service, whose efficient operation is crucial to a timely, accessible, accurate, and safe election.

Donald Trump doesn’t care if the voters consent to his presidency. He will grab it anyway.

In the same way that rape culture insidiously propagates the conditions that enable sexual violence, compromise safety, and undercut justice, cultural forces at work in American democracy have enabled Trump’s violations of our democratic consent. The Republican party has been at this for years, passing laws that make it harder to vote, especially for Democratic-leaning demographic groups like Black voters. Trump acolytes in states from Pennsylvania and Texas to California are closing polling locations, invalidating ballots, and restricting access to early and absentee voting—or just outright cheating. Meanwhile, Trump forced through the confirmation of a Supreme Court justice who might ultimately decide the election, despite the fact that the majority of Americans would have preferred a new justice to be seated after November 3. He will not let us have our say in this election. Amid all the subtle and overt machinations, Trump keeps saying the quiet part out loud, repeatedly declining to promise a peaceful transition of power.

When asked in the lead-up to the first presidential debate whether he would accept the outcome of the election, he replied, “We’re going to have to see what happens. You know that. I’ve been complaining very strongly about the ballots. And the ballots are a disaster.” He’s right about one thing. We do know: Trump hasn’t hidden his plans, and his disregard for consent is crystal clear. It’s one of his defining ideologies, and we should take that fact as a warning. We can skip the hand-wringing about whether he will accept the outcome of the election. We can stop enabling him by acting like we don’t know who he is. This utterly consistent abuser, in keeping with the patterns of behavior he has shown throughout his adult life, does not and will not respect the will of the people. He doesn’t care if the voters consent to his presidency. He will grab it anyway. 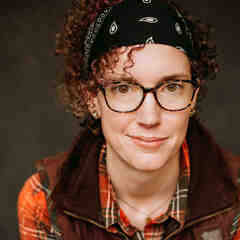 Shea Tuttle (she/her) is the author of Exactly as You Are: The Life and Faith of Mister Rogers and co-editor of Can I Get a Witness? Thirteen Peacemakers, Community Builders, and Agitators for Faith and Justice.