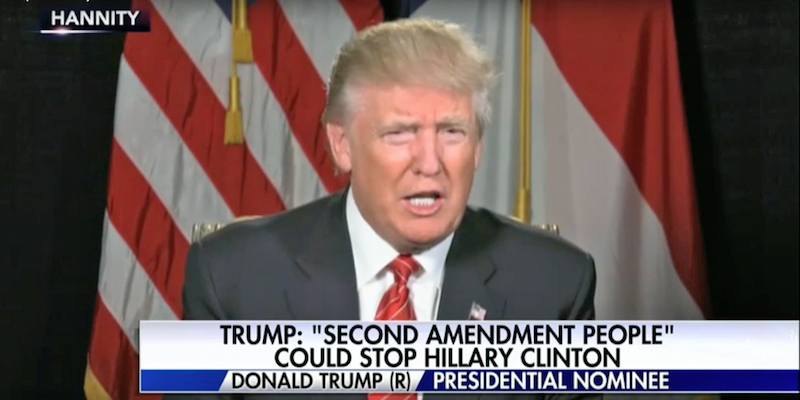 In the early 1990s I had the opportunity to intern for an assistant district attorney in Syracuse, New York, who was using witness protection funds to help survivors of domestic violence hide from their abusive former partners. At that time, the law required violence to occur before women could seek support or assistance from the government—women who feared future violence had nowhere to turn. At Syracuse University in 1993, I was part of the advisory board that wrote one of the very first sexual harassment policies for a college in the country. That same year, the last two states where rape was legal within marriage finally withdrew the exemptions from their criminal codes, making such violence illegal. I’m not bringing this history up to brag about my small participation in feminist causes, but to point out that we are only one generation away from a time when these forms of violence were endorsed by the state and allowed to occur with absolute impunity.

One of the things I learned when working on issues of domestic violence and abuse was that violence usually occurs within a pattern of escalation, boundary testing, and false contrition. It has been troubling, then, to read and hear comments from the Republican nominee for president (although we haven’t seen much in the way of contrition from him). As we moved toward the general election and each party’s national convention, the rhetoric from Donald Trump’s campaign about Hillary Clinton—often directed to her—ratcheted up:

December 2015—After Clinton used the restroom during a break in a debate, Trump told a rally, “I know where she went. It’s disgusting, I don’t want to talk about it,” Trump said. “No, it’s too disgusting. Don’t say it, it’s disgusting.”

April 2016—“I call her ‘crooked Hillary’ because she’s crooked, and the only thing she’s got is the woman card,” Trump said in an interview on Fox and Friends, This established the foundation for the main theme of the Republican convention three months later.

April 2016—Trump retweeted (and later deleted) the following: “If Hillary Clinton can’t satisfy her husband what makes her think she can satisfy America?”

July 2016—Every night of the Republican National Convention, Trump supporters chanted, “Lock her up!” New Jersey Governor Chris Christie’s entire speech was a kangaroo court, a call-and-respond festival of spurious charges against Clinton, with the audience screaming, “Guilty!” If postmodern America could update the witch trial, this was it.

These comments about  Clinton don’t exist in a vacuum. Trump has a specific history of denigrating women, and his sexist commentary has been noted over the last thirty years, almost since he was first noticed by major media. He has profited from his sexism as well, writing about prenuptial agreements in his 1997 book on business, Trump: The Art of the Comeback:

“There are basically three types of women and reactions. One is the good woman who very much loves her future husband, solely for himself, but refuses to sign the agreement on principle. I fully understand this, but the man should take a pass anyway and find someone else. The other is the calculating woman who refuses to sign the prenuptial agreement because she is expecting to take advantage of the poor, unsuspecting sucker she’s got in her grasp. There is also the woman who will openly and quickly sign a prenuptial agreement in order to make a quick hit and take the money given to her.”

While this example of sexism toward women is generalized and rather all-encompassing, he has shown he’s more than capable of attacking specific women, notably his then-wife Ivana, celebrity Rosie O’Donnell, and former primary competitor Carly Fiorina. He can quickly target his brand of sexism toward any woman who resists any of his assertions or who even fails to buy into his huckster delivery of his candidacy, as when he went after Megyn Kelly of Fox News when she simply asked about comments he’d made about women. In light of his tendency toward sexism and ad hominem attacks, Hillary Clinton stands as the most obvious, spotlighted woman in defiance of him and his message. It’s not surprising that he would turn his ire in her direction.

But it is not a part of modern presidential campaigns to call for the arrest of one’s rival. Nor is calling for one’s supporters to eliminate—wink wink—that rival or the judges she may nominate to the nation’s highest court. Earlier this month at a rally Trump said the following: “If she gets to pick her judges, nothing you can do, folks. Although the Second Amendment people—maybe there is, I don’t know.”

His campaign tried to walk back the remark as a call for Second Amendment supporters to vote against Clinton, and some election watchers criticized that sentiment for being impossible; voters would presumably need to agitate against Clinton-nominated judges only after the election vote was held.

It’s worth recognizing and calling out the increasing violence of Trump’s rhetoric. He has cast Clinton as a poor judge based on her time as secretary of state, which of course is fair territory to debate in a presidential election. However, he links this criticism on her judgement to other, less reasonable assessments of her, leading into conspiracy theory–land. He said that she has destroyed the lives of her husband’s sexual partners, that she has a hidden health ailment, that she is corrupt (like the media, he says), a liar, that she will let Muslims enslave women and kill LGBTQ people, that she should be in prison, and that she should face a popular uprising.

At some point Trump left behind the messaging about what his proposed administration would do for the country and began harassing his opponent. After all, harassment is about continued hostility in a variety of forms, including mockery, false allegations, extortion, making threats, implying threats, gaslighting, and other unreasonable behavior with the intent to intimidate, harm, annoy, or cause emotional distress to another person. Based on Trump’s Twitter account alone he meets the legal standards in many states for harassment of Hillary Clinton. And he’s gone much further in his statements and in his calls for violence and intimidation. These shifts over the past several weeks amount to a kind of boundary testing, mostly of the electorate and the Republican colleagues who have endorsed his candidacy.

I’m not sure when we stopped watching an election and started watching a harassment campaign, but that’s what this has become. 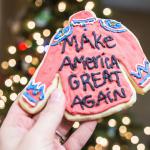 by Sarah Mirk
In a work of fiction 20 years ago, Octavia Butler imagined an egomaniacal patriot running for president.