Donald Trump Is Clearly Running for Mansplainer in Chief 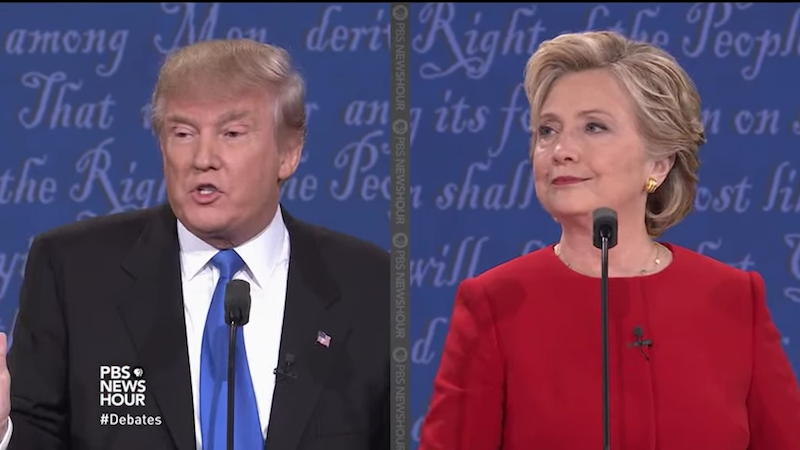 We all know the hallmarks of mansplaining: interrupting women, taking up undue space in conversation, and speaking like an authority on topics you don’t know much about. We saw Trump embody all of these in force last night.

Over and over during the night, Trump interrupted Hillary Clinton, cutting off her answers and interjecting his own ideas into her statements. This is something every woman has dealt with, especially women who work in male-dominated fields like politics. Studies show that men are far more likely to interrupt people—both men and women—mid-conversation, and they cut off women much more often than they cut off other men. This is exactly what we saw last night. Not only did Trump interrupt Clinton while she answered questions about taxes and jobs, but in the debate’s most infuriating moments, Trump also interrupted and talked over the moderator, Lester Holt, to tell him he was wrong about basic facts. After Trump recommended bringing back the New York City Police Department’s stop-and-frisk policy as a solution for “healing the divide” between African-Americans and police, Holt noted that the policy had been ruled unconstitutional.

Speaking of facts, during the debate Trump showed off his characteristic tendency to dismiss them.  Trump said he didn’t support the invasion of Iraq (he did). He insisted that he never said climate change was a hoax (he did). He said he was endorsed by Immigration and Customs Enforcement (they’re a government agency, they don’t make endorsements). He said he only got one small loan from his dad (he got many). He said Hillary Clinton’s 2008 presidential campaign helped start rumors that Obama wasn’t born in the United States (they didn’t, but Trump was a prominent “birther” for many years). News media fact-checkers quickly pointed out all these errors (and many more), of course, and Clinton repeatedly pointed people to her site to see live fact-checking of the debate. But, for Trump, facts are beside the point. He doesn’t care about sticking to facts. He goes with rhetoric and feeling; that’s his appeal.

Numerous times during the debate, Trump would go off on a rant and Clinton would simply wait quietly and smile, seemingly saying, “Look at this doofus” without uttering a word. I was curious if it was just my perception that Trump was bloviating or if he and Clinton actually took up equal time in the debate. So I took a transcript of the debate and dropped each candidate’s statements from the 90-minute debate into a Word document (which was a little tricky to do because of all the interjections and interruptions). The result? Trump talked roughly 16 percent more than Clinton did. It wasn’t just my perception that he was going on and on. Trump really did take up significantly more time and space than she did. This reflects gender dynamics outside of politics, too: Studies have found that men talk more than women during business meetings and in classrooms. This dynamic is so well documented that, of course, there’s an app for it: Developer Cathy Deng created an online stopwatch you can use to track whether or not men are dominating the conversation. Keep it handy for the next debate. 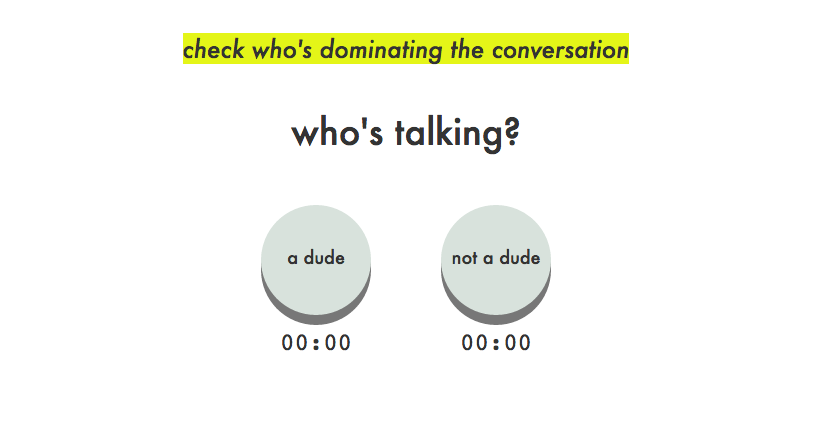 Despite all this, Clinton kept her cool. Several times, she turned Trump’s interruptions and long-windedness into a joke. After Trump interrupted the two minutes she had to defend a plan to increase taxes on the wealthiest Americans, Clinton pointedly asked Holt to restart the clock on her time. In a later moment that became a GIF seen round the world, Clinton got a chance to respond to a lengthy Trump answer about her “temperament” and started her answer with a simple “okay” and a shoulder shrug—the equivalent of “shake it off.”

I watched the debate with five female friends, and the ways both Trump and Clinton acted during the event came as no surprise to any of us—we’ve seen this all before. It’s the kind of interaction we have constantly in our classrooms, offices, and daily lives. We learn at a young age that men often take up more space, interrupt us, and dismiss our ideas. We’ve all figured out ways to navigate this kind of interaction, some more forcefully than others. Whether you go with Clinton’s sardonic-smile approach or her tactic of having all her facts at the ready, women have to develop strategies for dealing with rampant interruptions and space-takers.

When the debate was over, the PBS NewsHour feed cut to pundit reactions. One of the male pundits immediately suggested that Clinton seemed “over prepared” for the debate. That’s what you get for talking about facts, I suppose.

Oh my goodness I had the same reaction when that pundit said she overprepared! I mean, it could have been meant to be a good comment, but that's a funny word to choose.

And I loved how Hillary handled herself. I don't have the patience she showed, seriously. She showed grace and confidence in a situation that all women have seen before, but not all women can handle as well as she did. Thoroughly enjoyed her shake-off as well!