100 Seconds to MidnightUnderstanding the Likelihood of a Trumpian Coup 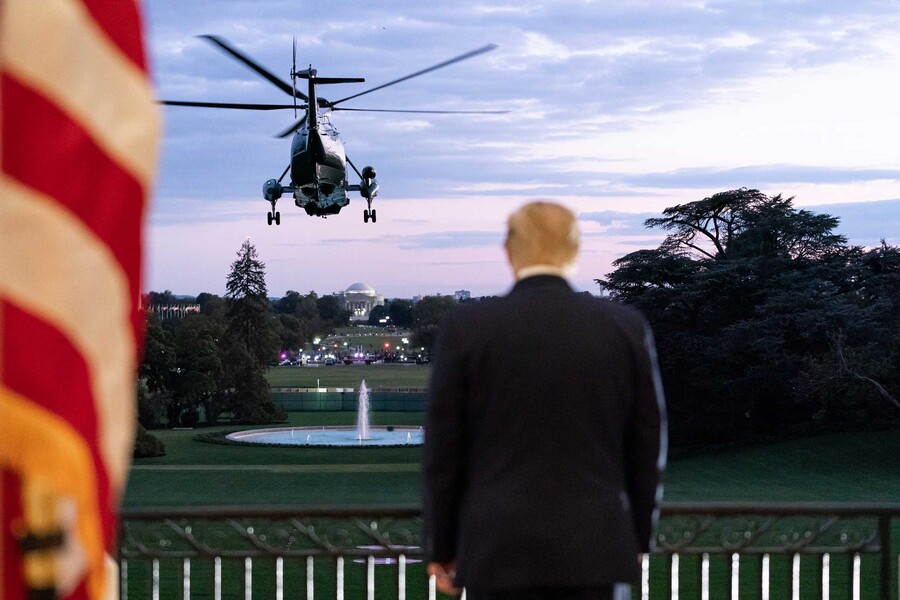 It’s the morning of Wednesday, November 4. We’ll still have to wait a few weeks for all the votes to be tallied, but Donald Trump has just lit up Twitter with an all-caps declaration of victory, unsubstantiated claims of vote tampering, and a declaration that mail-in ballots are fraudulent and therefore invalid. Even six months ago, this sort of scenario was being treated like a conspiracy theory. As Trump’s angling toward totalitarianism becomes ever more overt, however, we must consider the question: What happens if Trump loses the election but won’t relinquish power? It’s worth noting that even if Trump wins the electoral-college vote, he will not have won by truly democratic means. Republicans have devoted vast resources to suppressing the vote in Democratic-leaning populations, especially Black and Latinx communities, and both mass incarceration and barriers to citizenship for immigrants suppress the electoral power of people of color.

The largely Black and Brown populations of U.S. protectorates such as Puerto Rico and the U.S. Virgin Islands are denied representation in the electoral college—an institution designed to curtail democracy. If Trump survives COVID-19, he’ll be riding a tide of voter suppression–driven theft as old as the country itself. That will be true long before the election is decided. If Trump still fails to secure an electoral-college victory, then he’s indicated that he has another plan: refusing to hand over the reins of power to his elected successor. So, what happens then? We know one thing that won’t happen if Trump loses the election but refuses to leave: military intervention. Often, when I tweet about the possibility of a Trumpian coup, a well-meaning Democrat jumps into the replies to assure me that the military would intervene in the event of an unconstitutional coup. These optimists are technically correct in their assessment of the constitutional illegality of a presidential coup, but not nearly as clear on the mechanisms of enforcement.

As it happens, military leaders have already stated that they’re unlikely to intervene in the event of a coup. This summer, General Mark Milley, chairman of the Joint Chiefs of Staff, wrote a letter to congressional leaders about the upcoming election: “The Constitution and laws of the U.S. and the states establish procedures for carrying out elections, and for resolving disputes over the outcome of elections,” he wrote. “I do not see the U.S. military as part of this process.” The central problem with relying on the Constitution in this situation is that the president is responsible for enforcing constitutional rule. While the Supreme Court might rule that it’s illegal for Trump to retain the presidency, it is ultimately the president’s duty to enforce that verdict. When a president decides to abdicate that responsibility, there’s not a whole lot the courts, Congress, or anyone else can do in a legal capacity.

The organs of federal enforcement—the military, the office of the attorney general, the Department of Homeland Security, and others—report directly to the president. Enforcement agencies, meanwhile, are mostly led—in some cases extralegally—by Trump appointees, and have been quite visibly plagued with resignations tendered by those uncomfortable with Trump’s approach to governance. Most of those who remain in leadership roles are complicit and content, so their departments are highly unlikely to take a meaningful stand or make an effort to counteract a potential Trumpian coup. To do so without a legally elected president giving orders would effectively stage a countercoup, an undertaking federal bureaucracy appears ill-prepared for in terms of both capacity and will. In other words, the cavalry almost certainly isn’t coming. If we as a country stand back and wait for the Constitution to enforce itself, enforcement is unlikely to ever materialize. History shows us that it would be naive to trust the courts and let the legal process run its course: Bush v. Gore demonstrated with extreme clarity that the Supreme Court has a strong tendency to prioritize stability over democracy.

SCOTUS stayed the Florida Supreme Court–ordered recount even before hearing oral arguments. In the final ruling against the Gore campaign’s request for a full and fair recount to ensure democracy, the late Justice Antonin Scalia opined, “Count first and rule upon legality afterwards, is not a recipe for producing election results that have the public acceptance democratic stability requires.” The Supreme Court bench we have now—dominated as it is by Bush and Trump appointees—is even less likely to prioritize fairness and democracy over the possibility of aggravating a president-created constitutional crisis. There’s simply no constitutional contingency for a president who brazenly refuses to recognize the power of the other branches of federal government and execute their decisions. If the past is any indicator, Trump will almost certainly pursue such a coup using a strategy of legal stalling and obfuscation.

As we learned in 2016, his businesses have hinged on a similar strategy: hiring contractors to do a job at a set rate, paying only a fraction of that sum upon completion, and then tying his less-wealthy associates up in court proceedings so endless and expensive that they eventually capitulated. We saw this strategy being used again as Trump’s legal team obstructed Senate access to witnesses during impeachment proceedings. Trump has exploited the legal system again and again, using it as a delaying tactic rather than an arbiter. This cynical approach will likely be his strategy to address unwanted election results. Trump has no respect for the courts, but he routinely exploits his opponents’ deference to the institution of the law. Over the course of the presidency, he has repeatedly used frivolous court battles in attempts to silence his opponents and prevent the truth from coming out.

Our current system is a far cry from true democracy, but we still have an obligation to stand and fight for the shreds of democracy that our movement ancestors once managed to win.

His campaign is already actively trying to undermine mail-in voting in strategic locations across the country—with some success—and we have every reason to believe that he will accelerate and expand these voter-suppression efforts in the likely event that he’s defeated at the polls. We should enter this election season with every expectation that he will employ this approach to consolidate power in the event of a loss. He has spent months laying rhetorical groundwork to challenge the validity of mail-in ballots in the courts of public opinion and the court of law. Trump is widely rumored to fear not only the humiliation of defeat, but the possibility of criminal prosecution should his presidency come to an end. These testaments to his state of mind, paired with his direct refusals to promise a peaceful transition of power should he lose the election, are evidence enough to suggest that he will fight tooth and nail to retain the highest office in the land and the legal immunities it offers.

Trump is doing his best to create an atmosphere where the result of a ruling against his attempted coup would be outright civil war. He’s betting that Supreme Court justices and perhaps even congressional Democrats will sense this possibility and decide to give him what he wants, rather than challenge his coup and risk deep civil conflict. In some circles, especially class reductionist corners of the left, there’s a disconcerting rhetorical tendency to shrug and say essentially, “We’ll get ’em next time, with better people.” It’s an attitude that drastically underestimates fascists’ tendency to accelerate their totalitarianism after a consolidation of power and drastically overestimates the likelihood of a remotely fair election ever taking place after such a consolidation of power. Chances are good that we only have one shot at this. Fascism regimes are well-known for their tendency to exploit and cultivate consistent, escalating crises. Fascists create or exacerbate these emergencies, then work to make sure that the most marginalized among us pay an extreme price as a result of the supposed solutions offered up by fascist leadership.

That is exactly the strategy the Trump administration has pursued thus far, and it is a process it will continue and accelerate if allowed another four years in office. If Trump attempts a coup, judicially or otherwise, we must make it clear that the success of that coup would bring instability. That means sustained, widespread, and militant protest, including general strikes, even in the face of likely violent illegal suppression by federal agents, police, and armed Trump supporters. For white people, showing up well in that fight will mean internalizing the lessons that the Black Lives Matter movement has strived to impress upon us: that the most marginalized people will be targeted first and hardest by these racist forces, and that it is therefore our obligation to listen up and to put our bodies on the line first when asked. For all of us, succeeding in that work will depend on our ability to take care of ourselves and each other. Only by doing so can we rise to what the moment will call for: acting in our fullest and best capacity. Our current system is a far cry from true democracy, but we still have an obligation to stand and fight for the shreds of democracy that our movement ancestors once managed to win. That is an obligation that stretches far beyond the ballot box and deeply into the streets.

Read this Next: Suspicious Minds 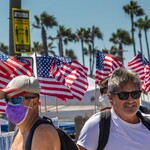 by Trimble
Conspiracy theories offer a coherent plot that seems to stabilize a world in flux.
by Gwen Snyder
View profile »